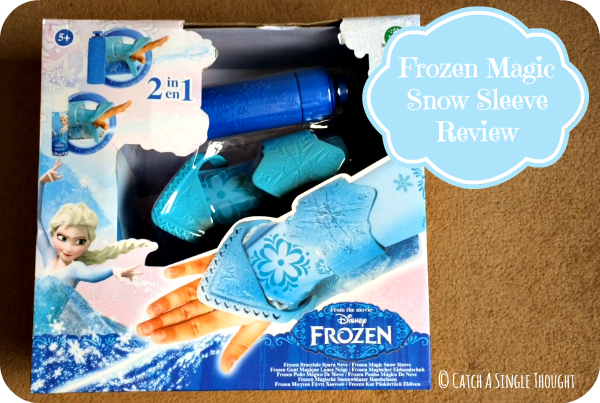 As is the case for many parents up and down the country, our house contains two very Frozen obsessed small people.  We have Frozen clothing, Frozen cuddly toys, Frozen figures, Frozen cutlery and dishes, Frozen puzzles and Meg even had a Frozen birthday cake last year.

If that wasn’t enough there is much excitement currently whizzing around the house about the new Frozen Fever film which is out on March 27th too (if you haven’t yet heard of it, don’t worry, you will!)

As you can imagine, when we were sent the Frozen Magic Snow Sleeve from Flair and an accompanying Elsa Frozen dress from Rubies UK, Meg practically snatched my arm off.

You can watch our short vlog below to see what we thought about the products or read on for more information.

The Frozen Magic Snow Sleeve comes with four elements: the hard plastic bracelet, a can of Magic Ice (snow), a refillable water squirter and a fabric sleeve.

The box also contains an instruction manual which clearly sets out how to attach the can of Magic Ice to the bracelet and then how to fasten the bracelet onto your wrist.  Once it is attached, you slide your fingers under the ‘attachment’ and lift it up, resulting in the snow or water firing out.  Simple! 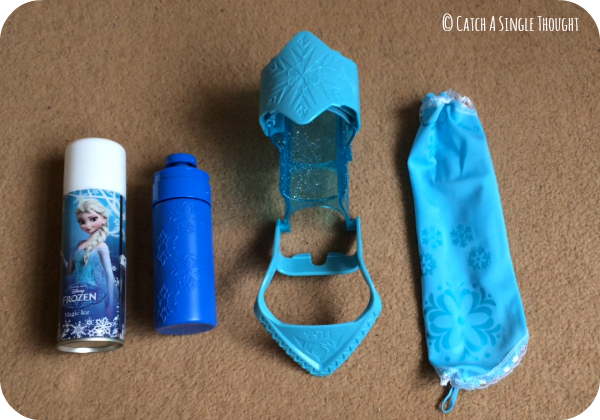 Both Meg and Eli found this quite tricky to do with their bracelet wearing arm so as you can see in the video above, they tended to use their other hand to fire, but neither of them seemed to mind about this at all and it certainly didn’t take away from their enjoyment.  I imagine older children (or adults) would most likely not find it a problem. 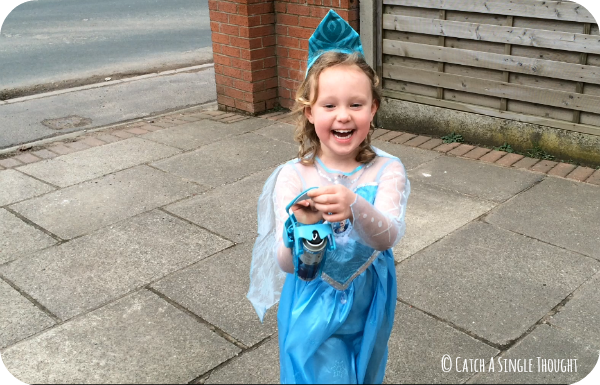 The can of Magic Ice probably lasted for around 15 minutes before we had run out and needed to switch to the water.  I have looked online and it doesn’t appear you can buy replacement cans of Magic Ice yet but the product is very similar to silly string so I’m not sure whether you could use that instead?  Of course, it would probably be advisable to not do as we did and use it on your driveway; even a number of days later it looks like we were attacked by some students!

The refillable water bottle is also clearly included for when the snow has run out and although Meg was less interested in this, Eli had lots of fun shooting water out at myself and James! 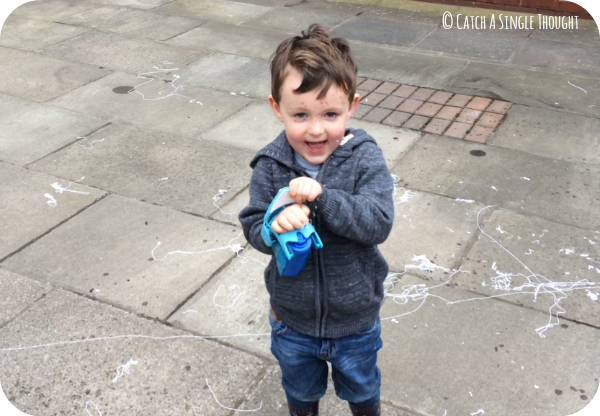 The Elsa Frozen dress we were sent is being modelled by Meg and I thought it was very good quality.  I particularly liked the sparkly cape which can be attached by velcro to the back of the dress; I thought that was a nice touch.  I know there are oodles of Elsa dresses on the market but this seemed to be one of the better ones I’ve spotted out and about.  The snow boots are a personal Meg choice. 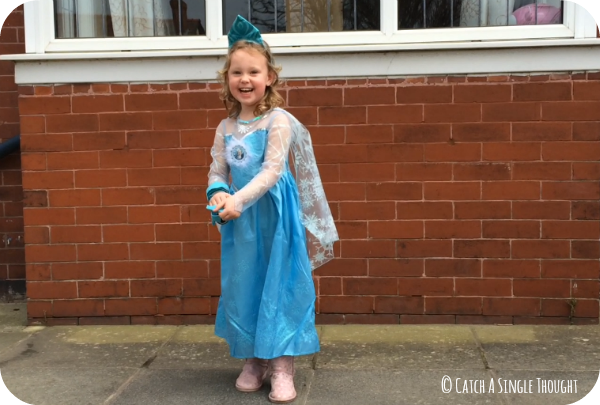 I can imagine that the Magic Snow Sleeve will be on lots of Frozen fans wishlists, especially as the weather gets warmer (the Magic Ice can only be used outside) and although it isn’t particularly cheap at £29.99 you will get repeated use with the water bottle.

Overall both Meg and Eli got lots of enjoyment from the Sleeve and I am certain they will continue to play with it, especially in the summer.

Disclosure: We were sent the above products for the purpose of this review.  However all thoughts and opinions are my own.