As this review goes live I should (all being well) be sitting in a lovely plush cinema seat next to Eli, popcorn and treats in hand, enjoying the new family movie which is ‘Home’.

If you haven’t yet come across Home then in brief:

‘When Oh, a loveable misfit from another planet, lands on Earth and finds himself on the run from his own people, he forms an unlikely friendship with an adventurous girl named Tip who is on a quest of her own.  Through a series of comic adventures with Tip, Oh comes to understand that being different and making mistakes is all part of being human.  And while he changes her planet and she changes his world, they discover the true meaning of the word HOME.’

To coincide with the release of the film we were also recently sent some Home goodies which included Captain Smeks Shusher Wand, a plush toy of the Trip’s pet cat Pig, Boov Mood Ears and two Home Mood Bubbles (all of which are available for purchase at the majority of toy retailers) 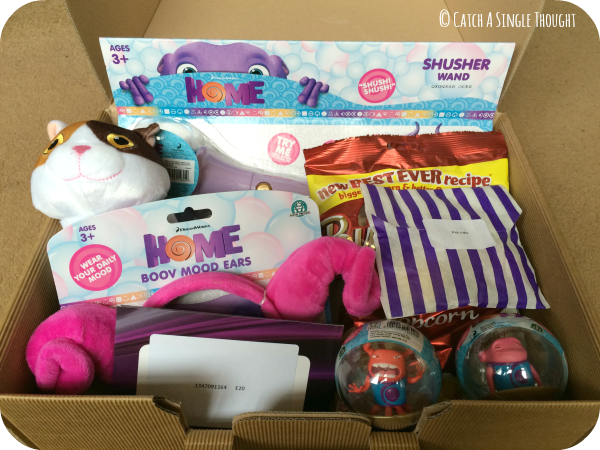 I’ll admit that I had quite a fun time playing with the toys before I handed them over to the kids, particularly the Mood Ears which I am modelling below.  I won’t lie, at only £3.99 I am very tempted to buy these ears in all the different colours.  Just you know, because. 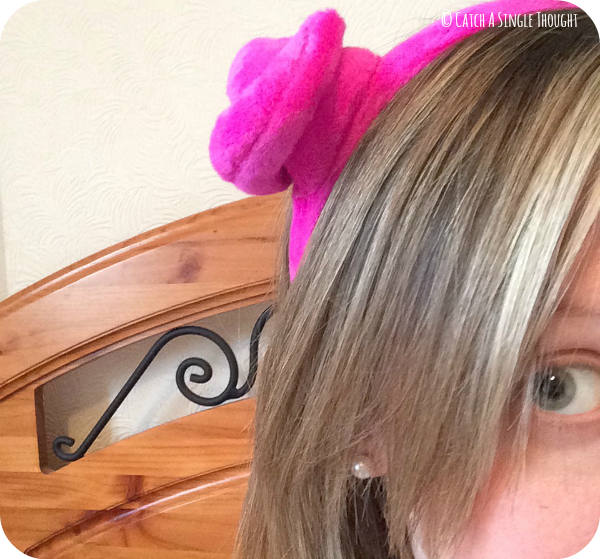 I had spotted the trailer a few times before being asked to do this review and was quite looking forward to seeing it anyway, especially as the character Oh is voiced by Jim Parsons from the Big Bang Project, which I absolutely love.

In the end, I did hand them over to the kids who also got a lot of enjoyment from them.  In particular they liked adjusting the Mood ears and then forcing asking myself and James to guess how they were feeling.

They found the Shusher Wand hilarious and took it in turns to repeatedly press the button until the laughter came on; the Wand has about four different phrases and sounds from the film. 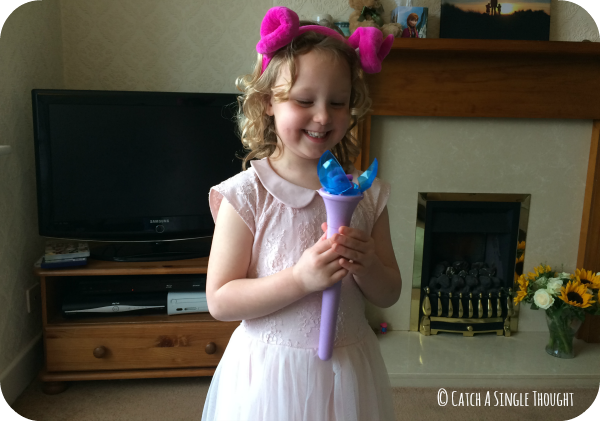 I also thought the Mood Bubbles were very good value, at £2.49 they are well within pocket money range and children can collect the different coloured characters which again, comes down to their ‘mood’.

I’ll leave you with the above for now, but will be adding my review of the film to the blog shortly so do make sure you come back and check that out.

Disclosure: We were sent the above products and provided with cinema vouchers for the purpose of this review.  However, as always, all thoughts and opinions are our own.