On Saturday we awoke to the sun streaming through the curtains, the birds singing and a real sense of spring in the air.  The kids had stayed asleep until 7.30am (which almost certainly never happens, especially on a weekend), the house was tidy and clean (which almost never happens, ever) and we were all in the right kind of mood for a little Saturday adventure.

This was the type of adventure I have wanted to have for a while, but there has always been some reason why it wouldn’t have worked so I was probably more excited than the kids although it was them doing the choosing.  We asked Meg and Eli to close their eyes and point to a place on the map we had in front of us, and wherever they picked, we would visit.

The first attempt stalled as Eli managed to point to the middle of the Irish Sea which, although we were feeling adventurous, as Meg doesn’t currently have a valid passport meant we were somewhat limited!

The second try pinpointed the Lancashire village of Whalley.  So, true to our word, that’s where we headed. 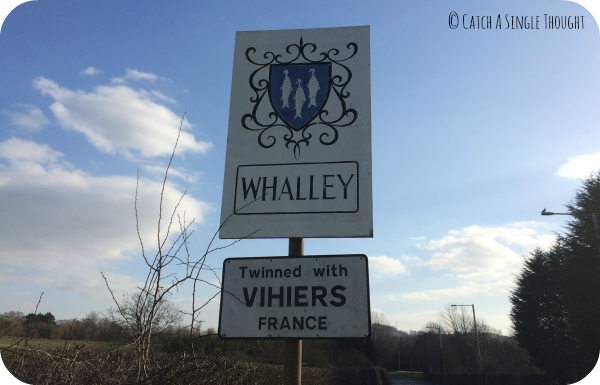 Although we have tried to explore the local area, we often head south to Liverpool as that is an area James knows well, or to the other larger cities such as Manchester and Preston so heading north to the Ribble Valley was a new one for us.  We were expecting rolling countryside but perhaps not that the whole area would be so picturesque; and such a short drive from where we live too.

To make the most of the nice weather we decided to take a picnic and firstly visit the nearby town of Clitheroe and explore the castle and museum before heading back down to Whalley.  I’ll share another post detailing our visit there at some point otherwise you’ll be overwhelmed by photos and information. 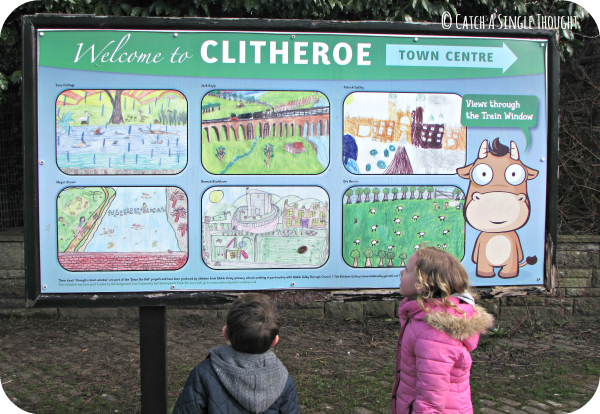 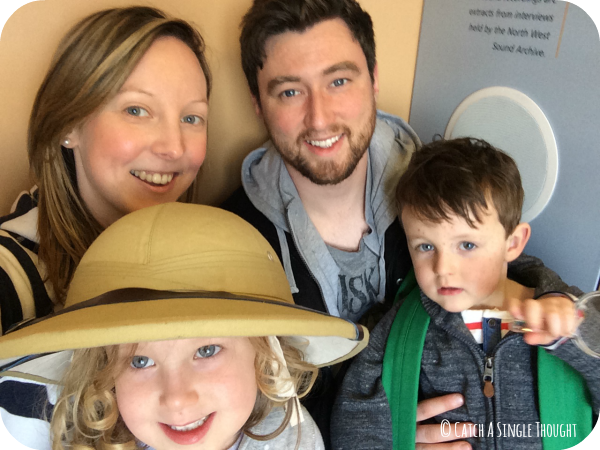 Clitheroe is basically surrounded by stunning countryside, wherever you look there are green fields. 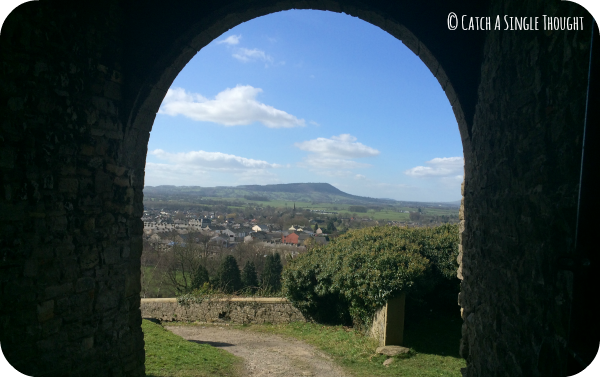 I know it doesn’t really fit with the post but I just love this shot of the war memorial at the castle. 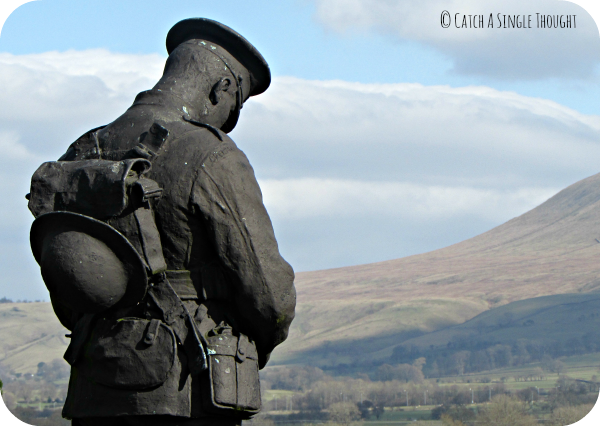 We managed to spend quite a few hours exploring Clitheroe so we were all actually fairly tired by the time we rolled into Whalley but I’m so glad we went.  From the quaint little high street to the stunning Abbey ruins which sit along the banks of the River Calder, it was just a lovely way to end our adventure. 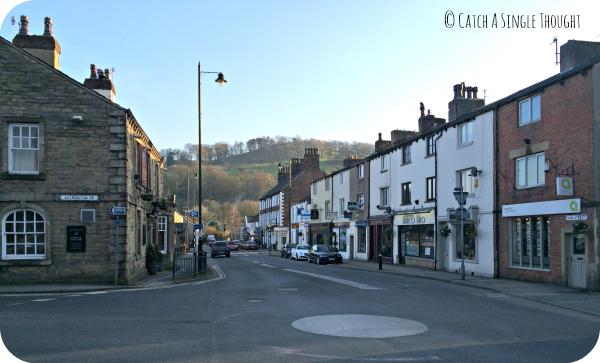 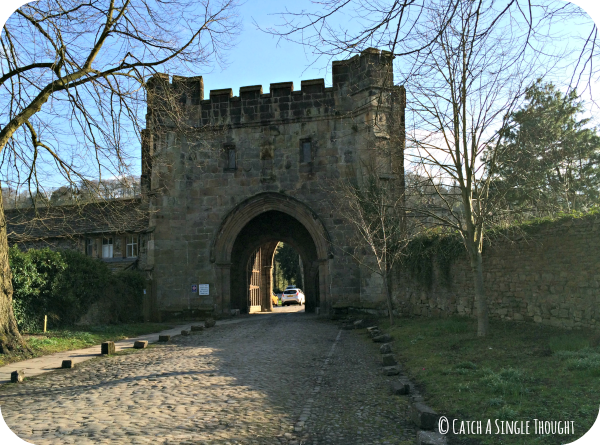 I’ve never really thought about a place being peaceful before, especially not when half the building is in pieces but the Abbey was just something else.  Both myself and James commented on it and I don’t know whether it was the gentle gurgling of the river in the background, or the lack of traffic noise, or just the fact that the sun was setting when we arrived, casting an atmospheric warm glow over the ruins but whatever it was I felt this real sense of calm. 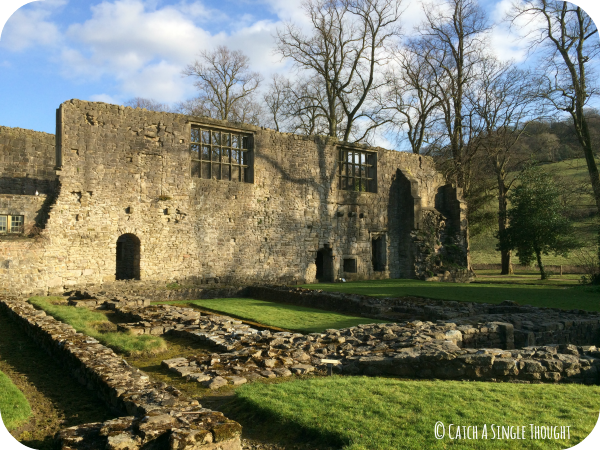 Meg was actually being a little grumpy here rather than pensive; but I couldn’t resist capturing the moment. 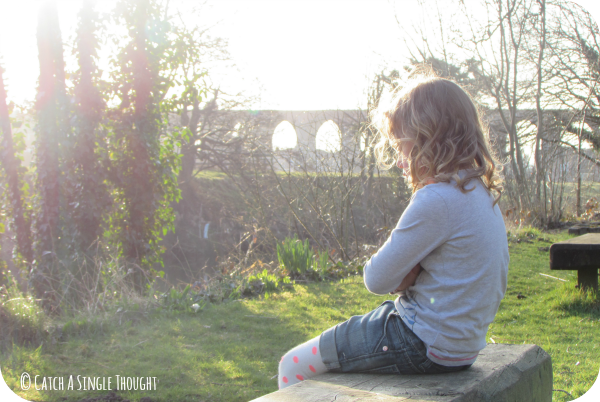 I also left feeling incredibly inspired, suffice to say there are now a few potential ideas bubbling around in my head for a new novel. 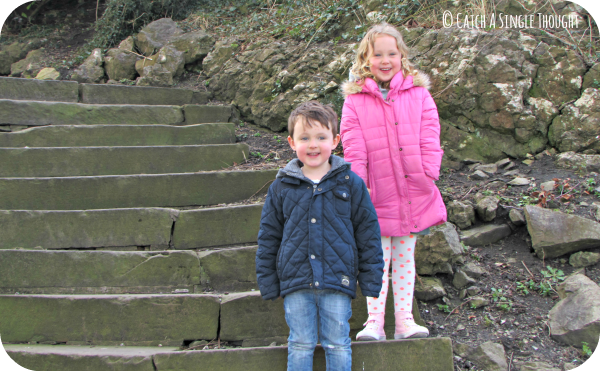 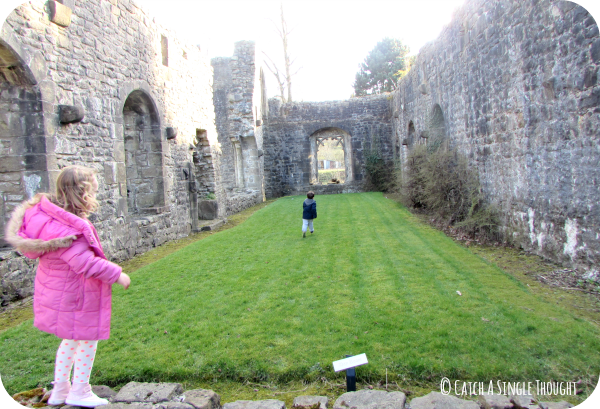 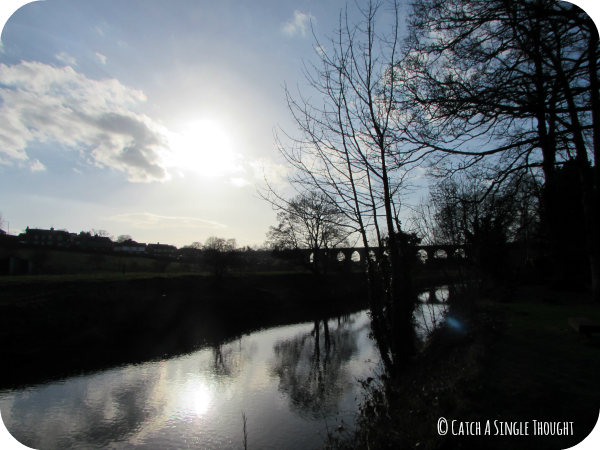 I think we’ll definitely be repeating our map adventures.  We all had a wonderful family time, and we now know that such amazing places are right on our doorstep so there’s no excuse for not getting out and exploring them!