In The First Week of Easter…

I love having the kids at home, especially the not having to get up and out part of it all, but unexpectedly realising that their Easter holidays didn’t match and I would have 3 weeks to cover was a bit of an unwanted surprise.

Meg and Eli are at an age when they will spend the majority of the day playing nicely together, albeit making a complete mess as they do, so it is nice having them off at the same time.  You can read that as less work for me overall!

That said, Meg was really excited when she found out that she would be the only one at home for 3 whole days.  Generally speaking that doesn’t happen unless she is unwell so she was positively brimming on Monday when we took Eli to preschool.

She created a whole schedule of fun, girly things we could do without Eli ‘bothering us’ which does tend to happen if you sit still for more than a few minutes.  He sees you as his personal climbing frame and has absolutely no concept of whether you are concentrating on something or not…you are there, so you must be clambered on!

We went for windy walks on the beach, painted our nails, had fashion shows and watched numerous episodes of Veggie Tales which James very kindly introduced the kids to this weekend after discovering it on Netflix. 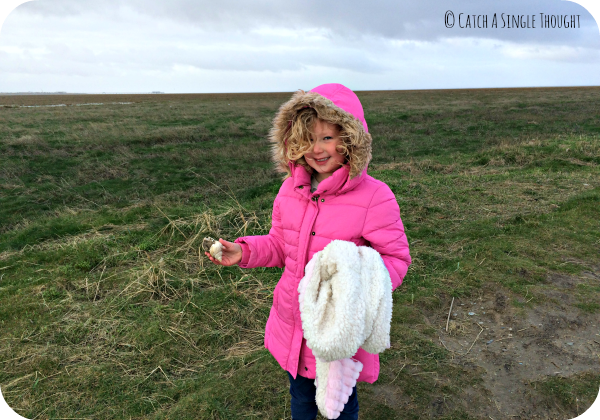 I tried to squeeze in as much working time as possible whilst having my hair done at Meg’s salon or being an unwitting ‘mountain’ which her dolls had to scale.  Not being able to work for 3 weeks just isn’t a possibility, especially with this being the month that work starts on the cover design for my book (eek!) so although I have scheduled next week off for family days I am trying to fit in as much as I can around the kids being at home.  Not the easiest feat in the world.

Despite all our fun, I do think she was secretly pleased whenever it was time to go and pick Eli up.  She raced ahead into the nursery and gave him lots of big cuddles and then pretty much ignored me for the rest of the day, chattering nine to the dozen to him.  I’ve tried not to take it too personally. 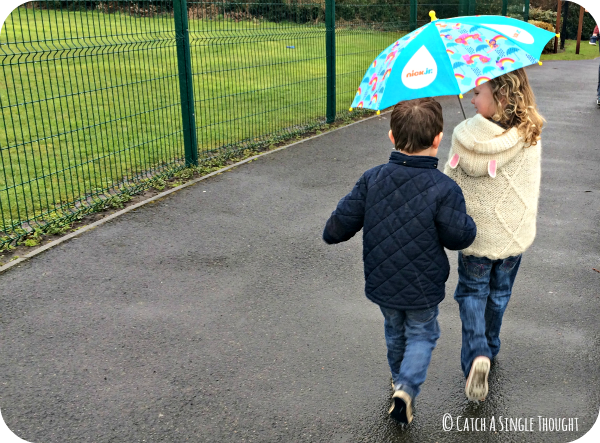 They have spent much of this morning playing prince and princess related games, which involved a lot of dancing and twirling.  How amazing is Eli’s take on what constitutes as dressing smartly? 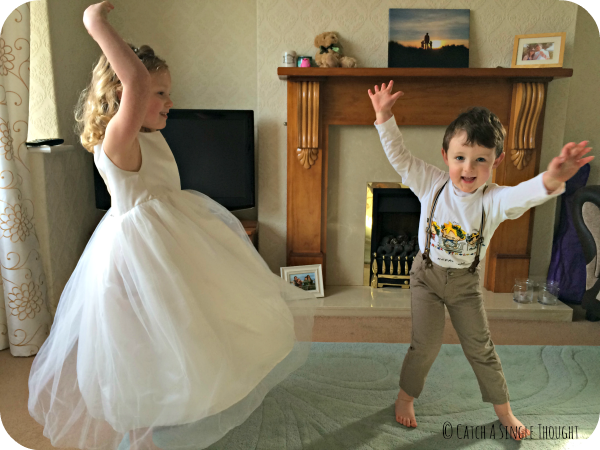 I am grabbing 10 minutes to write this whilst they hold a swimming competition together; Eli having finally finished at preschool for his Easter holidays.  I can hear loud thumps and bumps and lots of squealing but somehow that seems better than if they were both silent.  Silence almost always equals mischief, especially in this house.

James has got some time off next week and I am thoroughly looking forward to our family days out.  I have all my fingers and toes crossed that the weather stays nice; I don’t know about elsewhere but we have had gale force winds, hailstorms and pretty much non-stop torrential rain since the weekend.  I almost skipped for joy when I saw the sun shining this morning and realised I might be able to hang my washing out.  Especially seeing as we are going away for a couple of days and I have left all my clothes washing until the last minute.  As usual.

I also, somehow, need to find time for birthday planning.  We are celebrating James’ *cough* 29th birthday with a Murder Mystery party and Eli wants to go out for the day for his which is all very simple.  Meg however is another story entirely.  She has this idea that her party will be all girls, that there will be princess dresses for each girl to put on, carriages to bring them to and from the party and a bouncy castle which is only accessible if you have the right coloured wristband on which, naturally, will be handed out by her, Queen Bee.

I’m not sure we can quite manage that but I did see a company which specialised in teepee hire which I thought might be quite cool.  She only wants to invite 6 girls so I thought perhaps some kind of tea party…I don’t know, I digress.  Who knows when I will fit party planning into it all?!  I think I need a bigger glass of wine cup of tea.