I won’t lie, I am loving that the weather has finally turned for the better.  I was beginning to get a little jealous of seeing everyone’s photos of playing outdoors and catching the sun whilst staring at the grey skies of Southport.

So this weekend was the perfect opportunity to get out and enjoy the UV rays and get all those lovely benefits.  I have wanted to visit Brockholes Nature Reserve since last year but we just never seemed to get the time.  When James looked it up and realised there was a vintage craft fair taking place this weekend, there was no stopping us.  I am totally in love with that kind of home decor and couldn’t wait to see what was on offer. 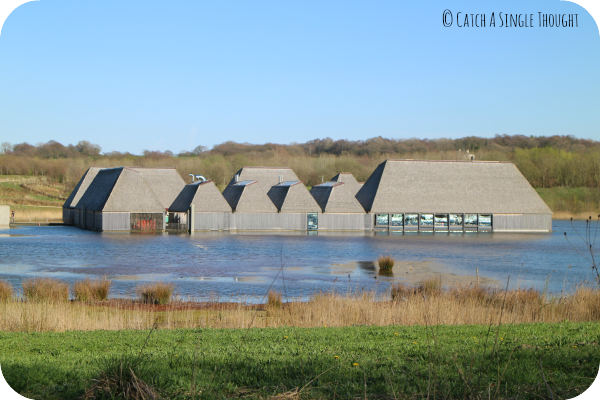 First stop was the fair; we had a good look around the stalls and I picked up a couple of little trinkets to bring home.  Meg got some wonderful wire hair bands too which look really cute on her.  The company is Okaycokey if you wanted to have a look for yourself.  The hair bands are brilliantly made and perfect for little girls as they stay put! 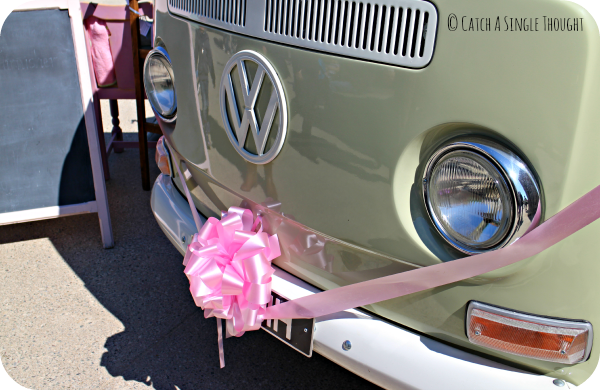 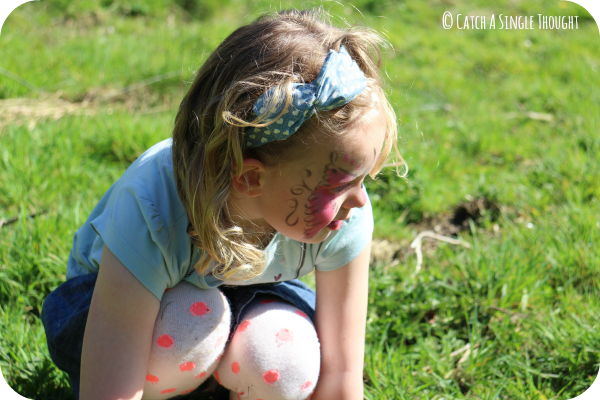 After we had exhausted the delights of the vintage fair we headed up to the playground which was absolutely rammed.  Clearly everybody had the same idea as us and had decided to visit for the day. 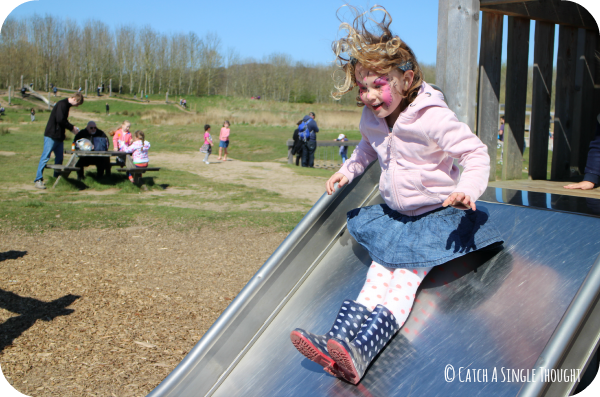 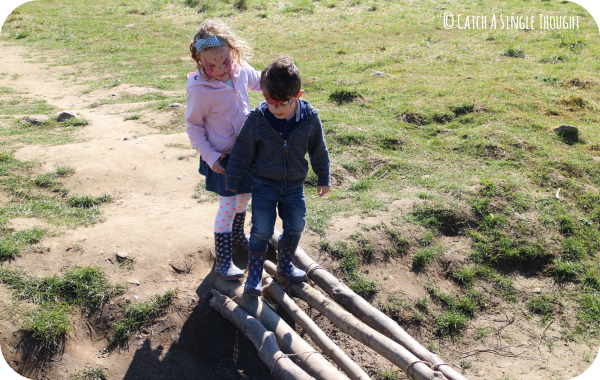 You couldn’t move for small people entangling themselves under your feet so I was glad when Meg and Eli’s interest waned and we decided to go for a walk instead and explore a bit further. 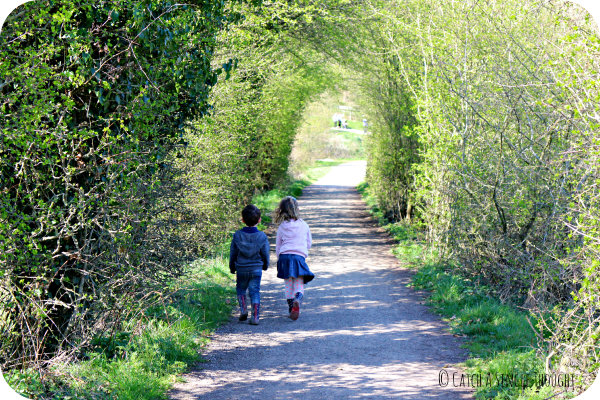 We found a little valley and decided to stop for a rest.  Well, some of us.  Meg determined to build herself a den, which she did with very little help from anyone else. 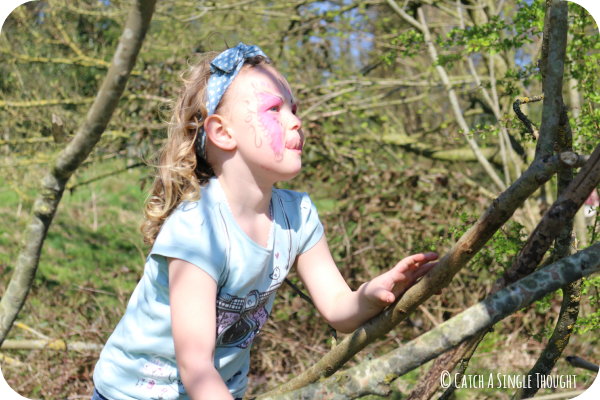 Eli decided he would get some sunbathing in and let Meg get on with all the hard work. 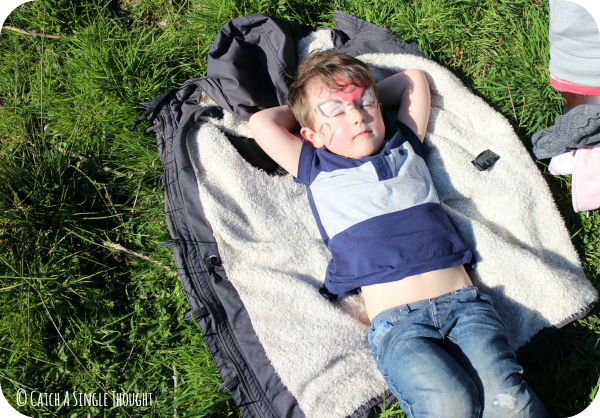 He was quick enough to reap the benefits though when Meg declared her den was done.  I love how well they are playing together at the moment.  The current favourite game is Peter Pan.  It’s hilarious to hear their interpretation of the film as well as watching them reenact the scenes.  Unfortunately I am often drafted in as the Tick Tock Croc which is less flattering. 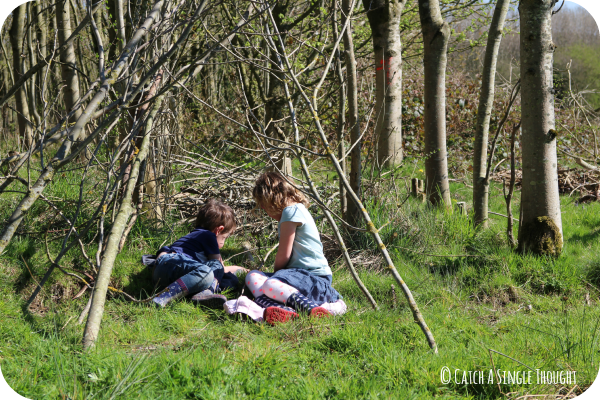 After our little break we followed one of the many paths down into Red Scar Wood.  The kids wanted to find one of the natural pools and it seemed like a fairly good bet that we would find one through the woods.  There were quite a lot of people dotted around and most seemed to be heading in that direction so we thought it wiser to follow their lead.

After much tree climbing, bluebell admiring and worm digging we finally reached a gorgeous spot of water.  Eli was very disappointed that he couldn’t actually swim in the water but still enjoyed sitting with James and spotting the different types of wildlife. 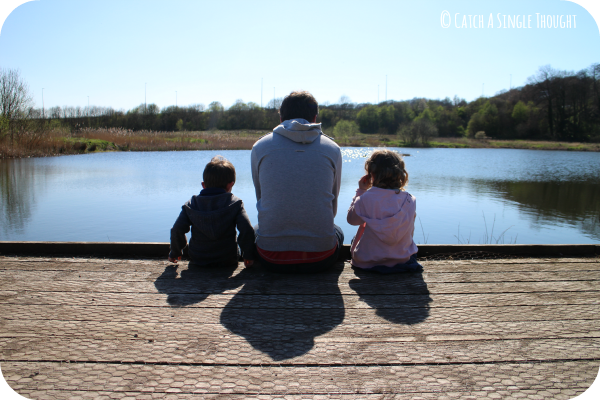 The motorway is literally in front of where they were sitting but was totally masked and it couldn’t have been more tranquil if it had tried.

We spent some time appreciating the view before heading back for a much needed milkshake.  On the way, Meg and Eli clambered over a large upturned tree that we found, swinging from the branches, scooping out the holes looking for bugs and climbing way higher than we were comfortable with.  I love that they have such adventurous spirits, especially Meg although you do have to watch carefully as she is completely fearless.  Eli isn’t so much and he needed James’ help to be confident enough to climb to the top.  He was very pleased with himself once he had though. 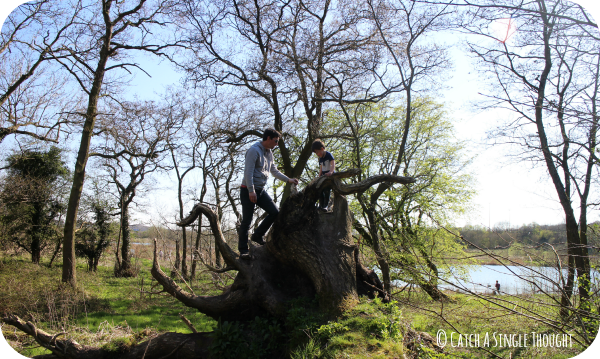 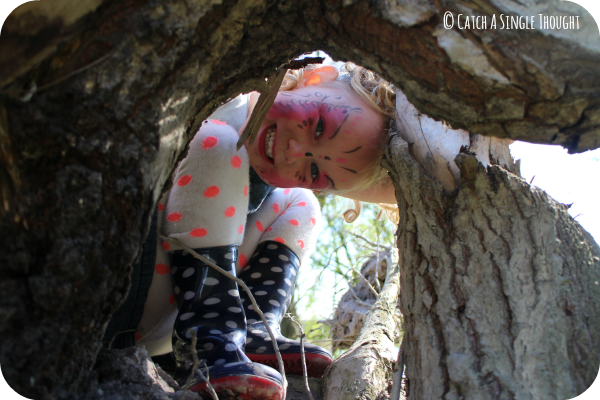 I think I’d quite like to go back to Brockholes when there isn’t an event on, as much as I loved the Vintage Craft fair as I think that was the reason it was so busy.  It would be nice to take a picnic, find a secluded spot and while the day away.
And here’s a little video of our trip and some of the fun we enjoyed:-

I am linking this up with Let’s Talk Mommy’s Share With Me.