I love that every once in a while we get sent something which truly makes the heart warm…this was definitely the case when we were sent a bear from British Teddies; the Great British Teddy Bear Company.

The Great British Teddy Bear Company is a British family-run company whose mission is to create affordable, handmade teddies which can be played with and loved by children of all ages.  Each of their teddies is dressed in a quintessential British outfit, so as you will see if you visit their website they have a wide range bears with the likes of the Queen, a Beefeater, Robin Hood and St George all featuring.

Each bear has been designed to be soft enough to cuddle but strong enough to last; they are all fully jointed and 100% washable too.

Because we are currently redesigning Eli’s room along the vintage planes route, we thought the Bomber Command Bear would be perfect to test out and would get his all important seal of approval.  Roger retails at £29.95 and is part of the Armed Forces collection.  He was created in 2012 by special request from the RAF to help raise funds for a memorial in Green Park, London and has a very interesting story on the British Teddies website which Eli enjoyed discovering.

On removing him from the box I could immediately see the quality and attention to detail which had gone into making Roger.  He comes in his own little kit bag, which is strong and sturdy and everything about Roger is well made, from his little jacket right down to his pilot goggles. 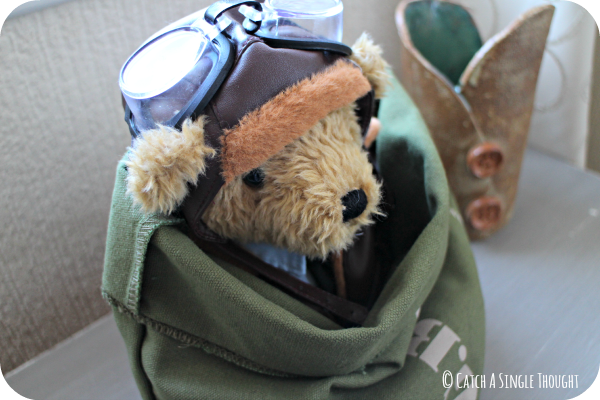 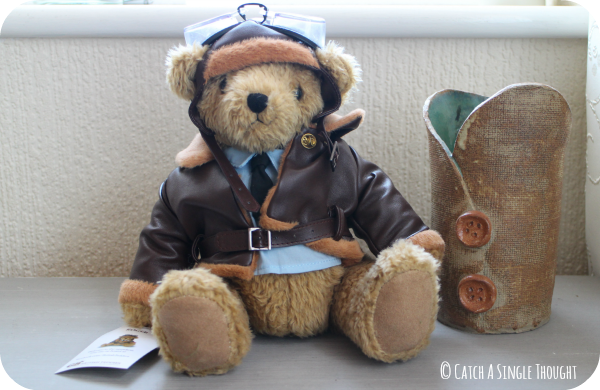 Even more impressive was the little tag which informed me that Roger had been dressed by injured ex-military personnel at the Poppy Factory. 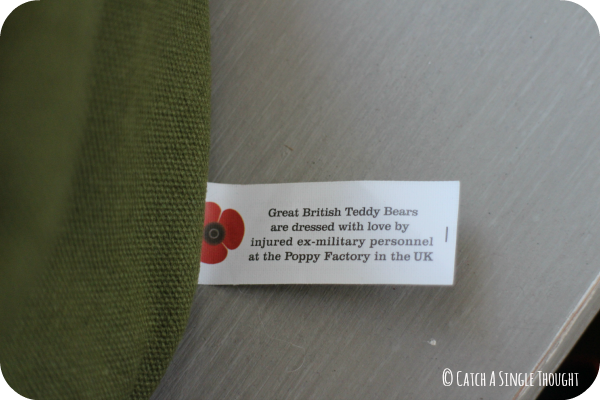 This prompted me to visit the website for more information.  From there I saw that the Great British Teddy Bear Company actually work with a number of charities; their armed forces range are all dressed by ex-military personnel, the sale of every Florence Nightingale Bear sees a donation being made to the Girl Child Education Fund and they work with the charity Care of Police Survivors through Bobby Bear.  It’s no wonder that British Teddies has so many well-known celebrity supporters when they are clearly doing more than just making great quality bears for children. 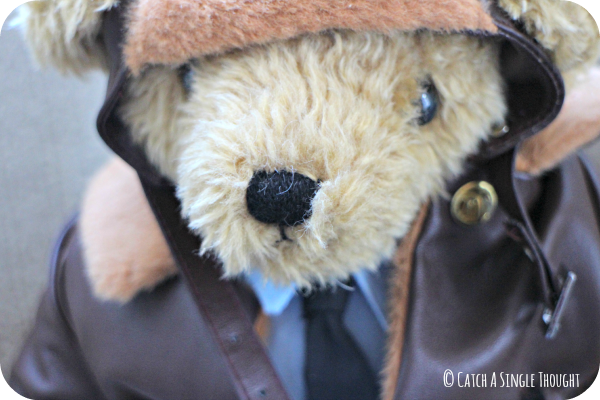 When it comes to the seal of approval; Eli was delighted.  He enjoys using Roger as his co-pilot for adventures throughout the day, putting him to bed at night inside his kit bag and giving him a snuggle on the sofa after a hard day at pre-school.  I haven’t put him through the wash yet to test that element out but considering everything else I think it will be absolutely fine. 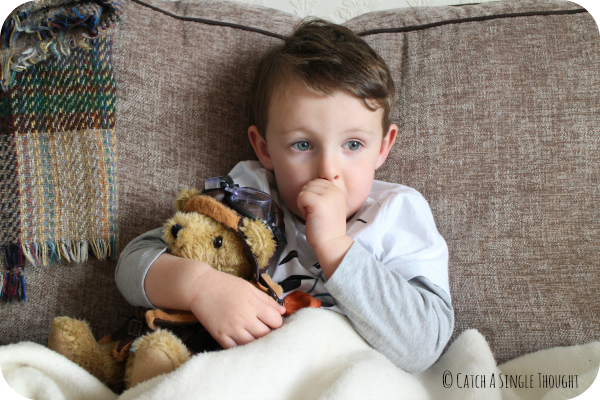 These bears are extremely well made and I think they would be the ideal way to give a special little person a special little gift.  It is certainly something I think could last and be passed on once grown.

Disclaimer: We were sent a bear from the Great British Teddy Bear Company for the purpose of this review.  All thoughts and opinions are our own.