Our Trip to Conwy, North Wales…Part One

Because of the type of work James does, and the long hours he is required to work, we don’t often get away as a family; particularly now that we have to make sure we go away during school holidays.

We try to make the most of our time together when James is not working but still, there is something about going away for a longer period which is just so wonderful.  I loved watching James and the kids play together; our time is usually so rushed and is crammed in alongside housework and cleaning and food shopping at the weekends.

So getting 5 whole days in the Conwy area of North Wales during May half term was just fantastic and we really tried to wring out as much as we could. 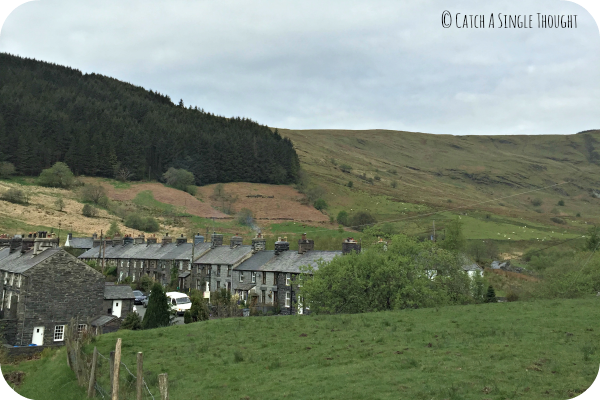 We were staying in a small village which was a former quarry settlement; in a cottage which was part of a row of terrace houses formerly used by the quarry workers. 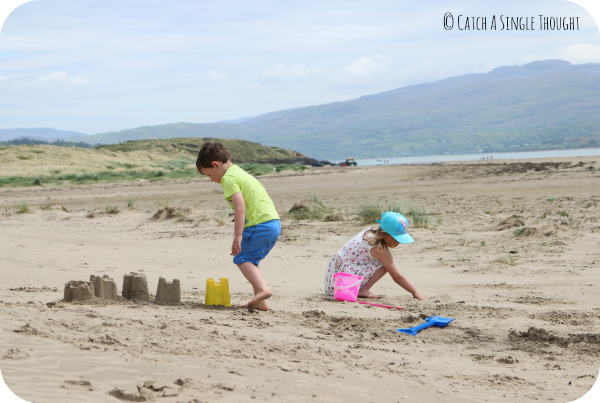 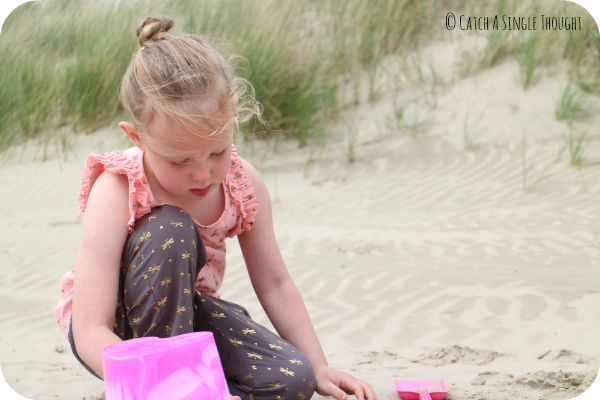 Having checked the weather forecast almost non-stop in the run up to our arrival, we knew the best day was our first day so we decided to head to the beach.  Just outside of Porthmadog is Black Rock Sands, a sandy stretch with shallow sea making it ideal for those with younger children.  It also had a great backdrop and is one of the few beaches in the area which allows you to drive your car directly onto the beach (although this did ruin quite a few of my pictures).  I think we paid £5 for all day parking. 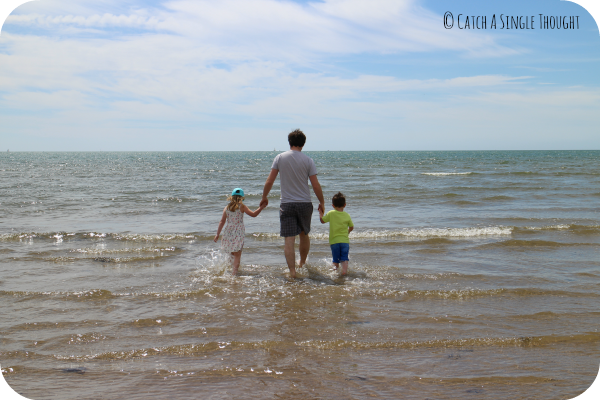 Since we moved to a coastal area, Meg and Eli’s confidence has grown massively around the sea and from the minute we arrived they were begging to go splashing.  The weather wasn’t really on our side for a prolonged time in the water; it was warm when the sun was out but really quite cool when it went behind a cloud which unfortunately it did, often.

We spent all day on the beach, enjoying fish and chips and lots of ice cream before heading back to the cottage for the evening. 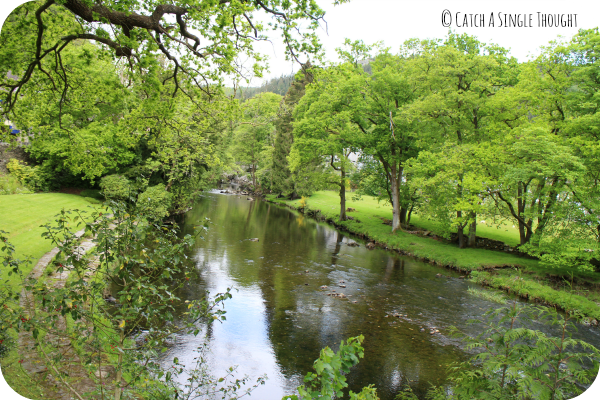 The next day we headed into nearby Betws-y-Coed.  James was really keen to walk beside a river and do some exploration so we geared up for that.  When we set off, we had a rough idea of where we wanted to go but we weren’t sure that the kids would manage to walk far before they got tired.  I have to say it was one of my proudest mama moments watching Eli come to live in the woods.  We walked 6 miles and he didn’t complain once.  I can’t say the same for Meg but she did walk without needing to be carried which is a plus. 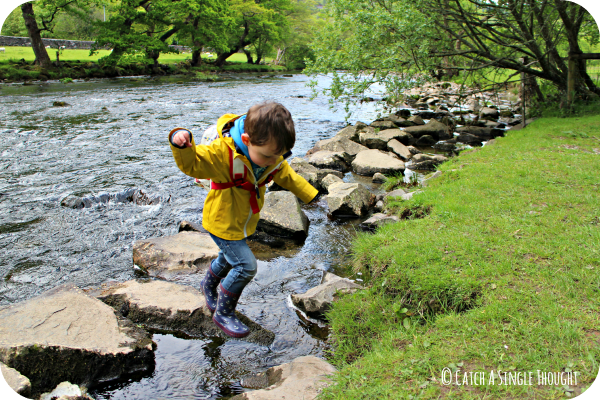 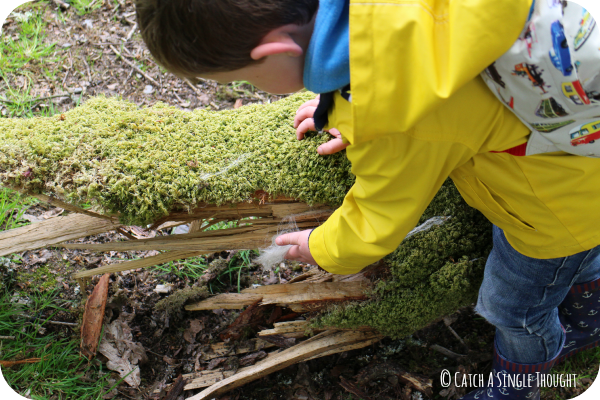 He had dressed himself up as an explorer and took it upon himself to lead us to Swallow Falls and he just loved it. 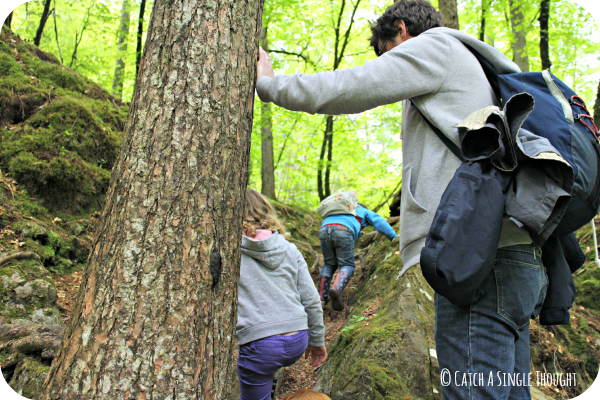 The walk was just so peaceful and picturesque; although we were often passed by other groups of people we quickly lost sight of them and it felt as though we had the whole woods to ourselves. 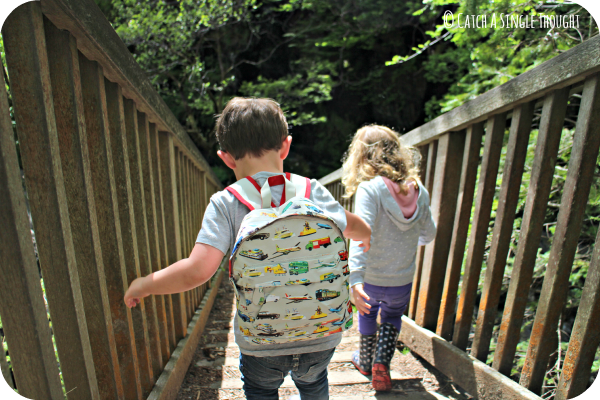 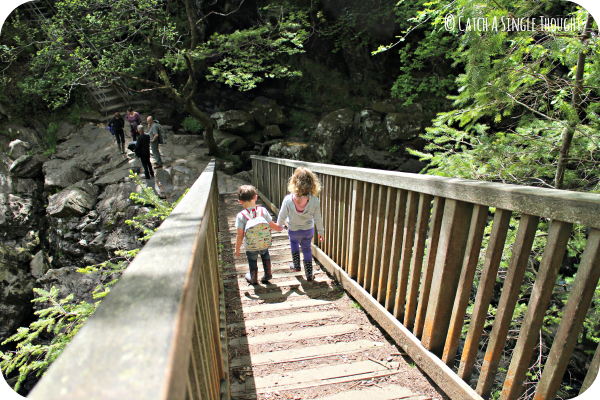 One of the kids’ favourite parts of the route was the Miners Bridge, which is where (believe it or not) the miners used to cross the river on their way to work. 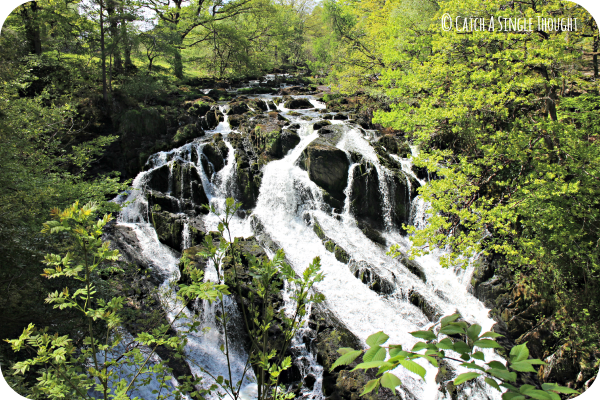 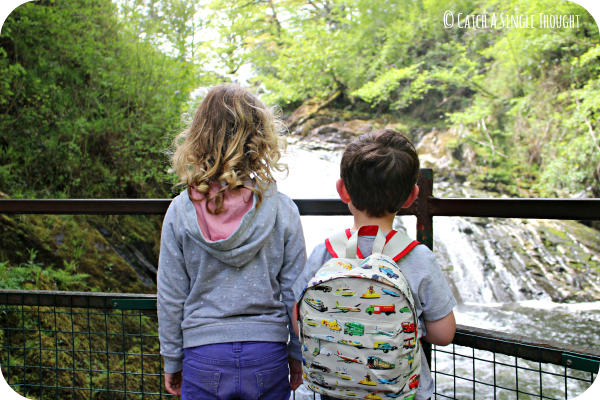 The falls themselves were pretty amazing too. 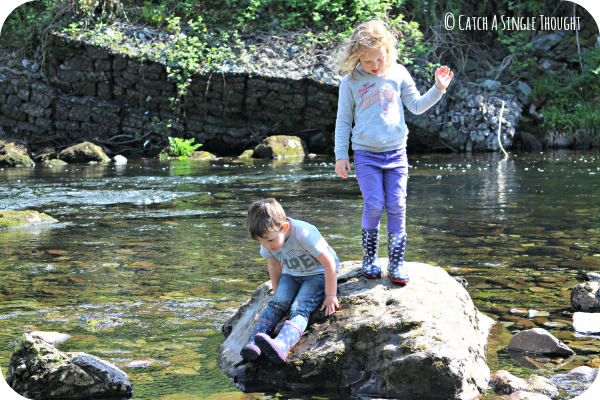 On the way back we took it slightly easier, and let the kids splash about in the river.  Neither of them fell over which was a big plus although we did have some very wet feet by the end of the day. 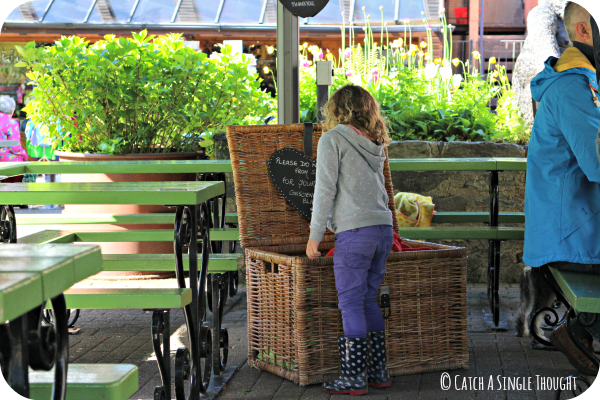 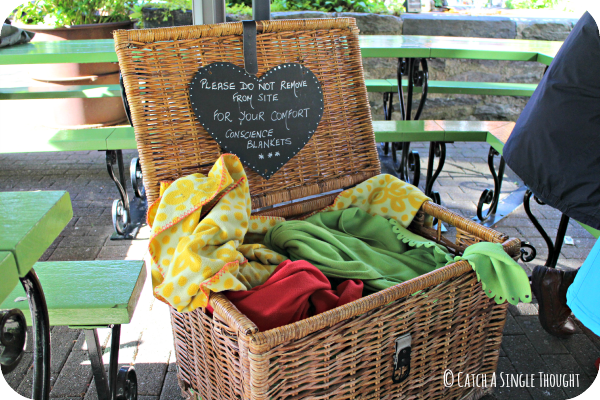 Before we headed home we stopped off at a cafe in the centre of Betws-y-Coed for some well earned treats.  There’s a whole stretch of places to eat but I chose this cafe purely because of the blanket box.  I love it when there are little details like this and we all took full advantage.

Needless to say we were all wrecked when we finally made it back to the cottage and we all slept very well.  I loved the effect that the outdoors can have, especially on hyperactive children.