This is the second part of our trip to Conwy during the May half term break.  If you want to see part one then click here.

Having been to Betws-y-Coed and done all things river related, the following day it was my turn to choose where we went.  Naturally being in Wales and there being an abundance of the things seeing as the Normans tried very hard for many years to conquer Wales and my being such a big nerd and all…I chose a castle. 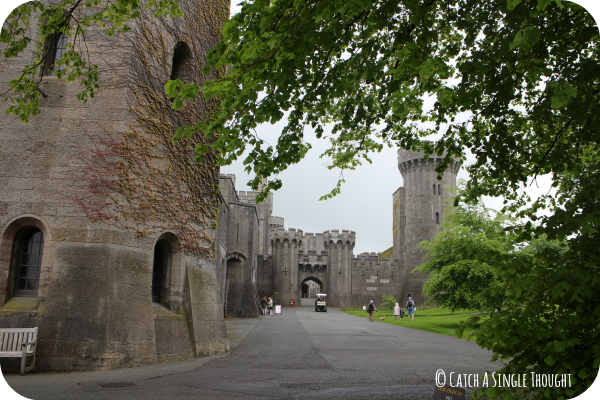 Penryhn Castle actually isn’t a real castle at all but rather a grand country house.  Of course I didn’t realise this until we had actually arrived.  I think I was led a little bit by our flashy new National Trust membership status! 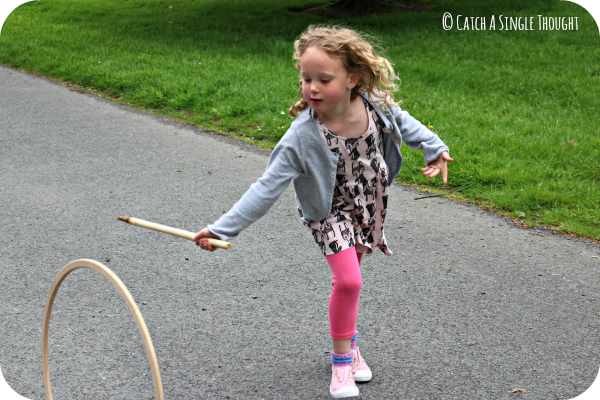 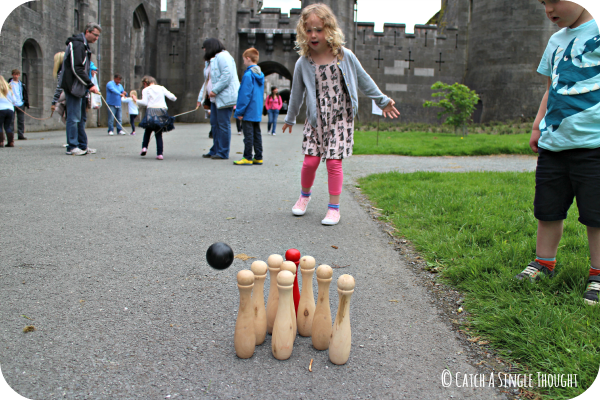 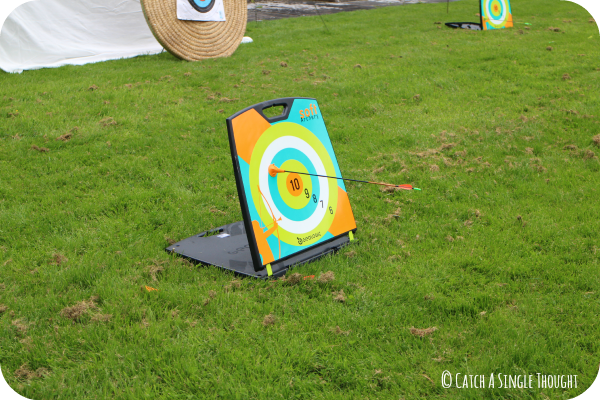 Despite this it was actually a really lovely day, rain aside.  There was a special Victorian event taking place so there were lots of people dressed up engaging with visitors, there were Victorian games set out in the yard for children to play with and the house itself was beautiful, if a little like a rabbit warren. 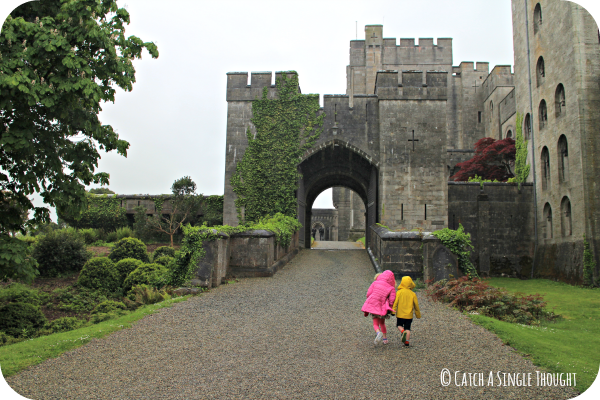 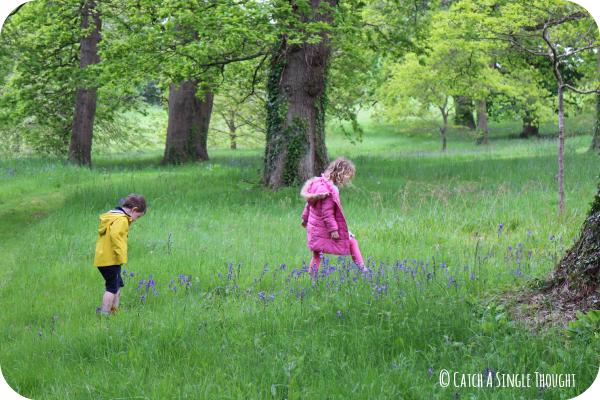 There was also a lot of surrounding land which we had fun exploring.  I would like to go back one day when the weather is nice and maybe walk a bit further as we were all a bit worn out from the previous day and the damp weather didn’t help much. 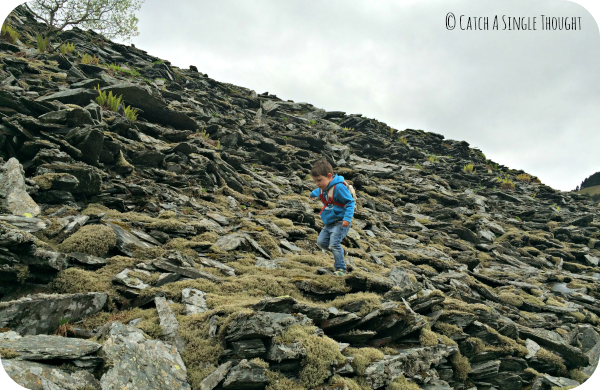 After a brief rest at home we ventured out again to do some geocaching.  I had spotted that there was one about 100m from the cottage up in the abandoned quarry so we took Pepper with us and went on a final exploration. 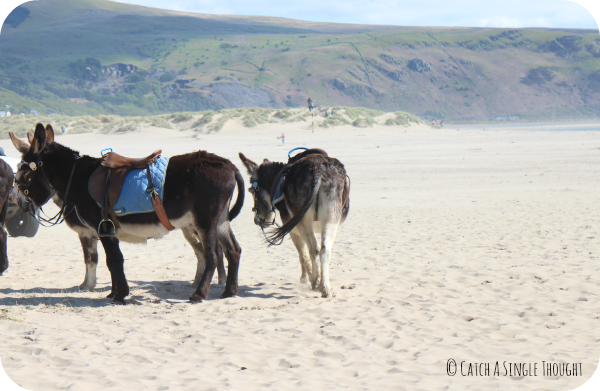 On our last full day in Wales we decided to drive for an hour and headed into Barmouth.  We fancied going somewhere a little bit seasidey which had a soft play so Meg and Eli could burn off some steam and we could sit and enjoy a peaceful(ish) cup of tea.  We didn’t really realise until we arrived that Barmouth would be so picturesque. 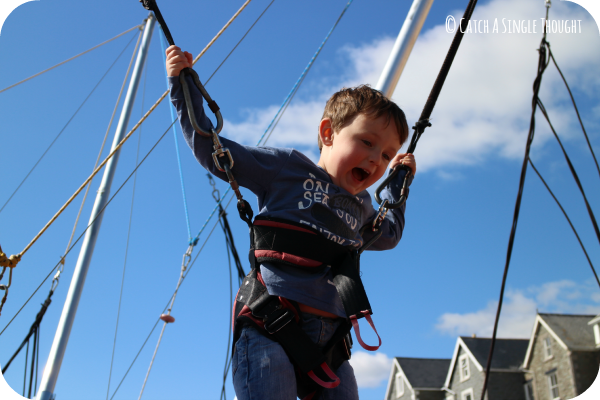 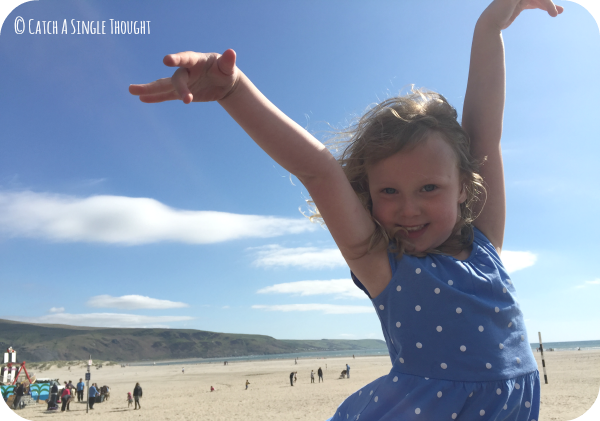 We found a funfair, wandered down to the seafront, browsed in some quaint little stores and just really enjoyed our day.  We finished off with an ice cream from one of the most amazing ice cream parlours I have ever seen (check out my video of our adventures here if you want a glimpse of this) 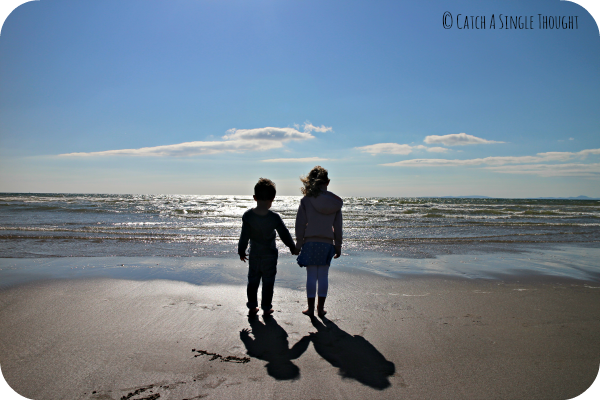 I was really sad to come home; it’s so nice sometimes to just get away from the every day and especially watching the kids and James together, they don’t often get that much of his undivided attention in a big block.  It made me really excited for our summer holiday when we get two whole weeks together and also made me keen to make sure that we schedule in some time away later on in the year as well.

Timeouts: Yes or No?