You may have noticed that there was no May Reads post from me and that’s because I simply didn’t have time to even think about reading during May…it is by far our busiest month and the luxury of disappearing into the pages of a novel or two was just never going to happen!

All that aside June has been fantastic and I’ve really loved some of the books I’ve read this month. 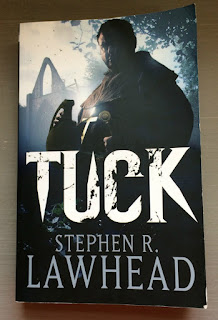 Tuck (King Raven #3) by Stephen R Lawhead
This is the last instalment in the King Raven trilogy and although it wasn’t as good as Hood it was miles better than Scarlet and had me in tears at the very end.  If I’ve said this once, I’ve said it a thousand times, Lawhead has this beautiful way of drawing you into his stories and making you feel as though you are best friends with each of the characters.  He has a magical story-weaving talent and I’ve never picked up a book of his which I haven’t liked.  Tuck is a continuation of Lawhead’s take of the tale of Robin Hood and, as you might imagine, it is told from the perspective of Friar Tuck.  Well worth a read.
Star rating: ****

Mrs Mike by Benedict Freedman and Nancy Freedman
This was recommended to me by Claire after I had stalled on several other F choices for my A to Z authors challenge.  It is the story of Katherine O’Fallon who marries a Canadian Mountie (Mike) and moves up to the Canadian wilderness.  Previously she has known life in civilised Boston and this is really a coming of age story as she learns about the harshness of life in such a fierce environment whilst discovering the beauty and kindness of the land around her and its people.  There is also a gentle romance which flows through it all as Katherine and Mike forge their lives together too.  After finishing the book I discovered that it is based on real events although it seems as though the authors took some creative licence here and there.  Nevertheless I really enjoyed this and would love to read the others in the series which I believe tell the story of Katherine’s daughter.
Star rating: **** 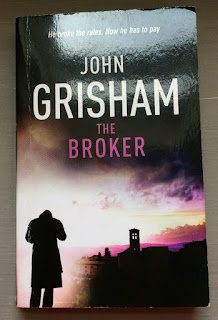 The Broker by John Grisham
This is one I’ve had on my shelf for a while as I ummed and ahhed over whether John Grisham could really do it for me any more but I’m glad I decided to plump for it.  In his final hours in the Oval Office, the president grants a pardon to Joel Backman, a Washington power broker who has been in prison for the last 6 years.  Seemingly nobody understands why Backman has been granted the pardon, least of all Backman himself.  He is transported under military protection to Italy where he is taught how to blend in like a local and given a new identity but before long it becomes clear that several countries are after him and that it was the plan of the CIA all along to release Backman’s whereabouts.  Turns out, Joel Backman may just hold the key to the world’s most sophisticated satellite surveillance system.  The CIA want to find out who created the system and they hope that when they see who kills Backman, they will get their answers.

This is good old fashioned Grisham.  I won’t pretend I understood all of the intricacies of power brokering (is that even a word?!) but I enjoyed the chase and the pace and ‘will he, won’t he’ of whether Joel Backman would beat the bad guys at their own game and in the end actually came to quite like Joel as a character.  I am also classing this as my G even though Grisham is not a new read for me.
Star rating: **** 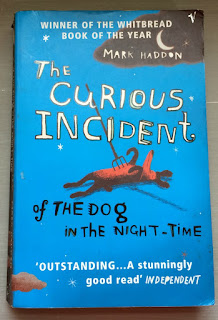 The Curious Incident of the Dog in the Night-Time by Mark Haddon
I have heard so many people recommend this book to me that I was expecting great things.  I picked this as my H is A-Z authors.  Although I perhaps preferred the style of The Rosie Project, this is along similar lines.  I can’t think how best to sum it up other than to give you the blurb:

‘Christopher Boone knows all the countries of the world and their capitals and every prime number up to 7,057.  He relates well to animals but has no understanding of human emotions. He cannot stand to be touched.  And he detests the colour yellow.’

When his neighbour’s dog is randomly killed, Christopher decides to solve the mystery and in doing so challenges himself, and also challenges others in their perceptions of him and the way he is wired.  I enjoyed the book overall but I did sort of feel it left a lot out and there wasn’t much substance to it.  I was left wanting more and I know it would have been difficult as it was from the perspective of Christopher but it would have been nice to have a bit more fleshing out of the other people involved; perhaps Mark Haddon could have alternated perspectives?
Star rating: *** 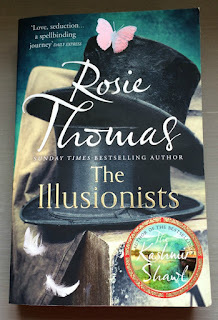 The Illusionists by Rosie Thomas
Set in London in 1870 this is the story of Eliza, a beautiful young woman who is fighting against the stereotypes of her time.  Unfortunately she is of limited means and so her ways of doing this are not so easily found.  Will she settle down, marry and have children like her sister or is she destined for something more?  When she meets illusionist Devil Wix, she is drawn into a world of magic and illusion…a world which is viewed by some as sordid and seductive.  We watch as Eliza struggles to find her place in this diverse and interesting environment whilst still maintaining her independence…especially as she falls ever more in love with Wix and his dreams of grandeur.  I really enjoyed this.  I had no idea what it was going to be like before I picked it up but it was wonderfully descriptive and I will definitely be looking out for her other books.  I gave it a rating of 3 stars because I thought some parts were laboured and slow and were often just another way of repeating information we had already learned earlier on.
Star rating: *** 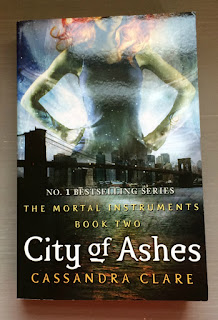 City of Ashes (The Mortal Instruments #2) by Cassandra Clare
This is the second book in this YA series, you can find my review of the first book here.  It picks straight up where the last book left off which I really liked and I found it just an intriguing as the first not to mention the fact that it finished on an absolute cliffhanger.  It is taking everything I have not to pick up the third book but I’m trying to save it for my holiday as I tend to read them in about a day.
Star rating: ***

Have you read any good books lately?  I always love to hear recommendations.

Linking up with Read with Me and A-Z Authors.