Our French Adventures… {Part One}

I can’t deny that choosing to use the word ‘adventures’ in the title for this little series of posts is very apt; from finding out our overnight accommodation was booked on the wrong day at 11pm after driving for 13 hours to James getting lost in the middle of Amiens at midnight whilst trying to park the car in a car park which was supposedly 200m away and having to be rescued by me; our recent trip to France was stuffed full of adventures.  Some more memorable for the right reasons than others! 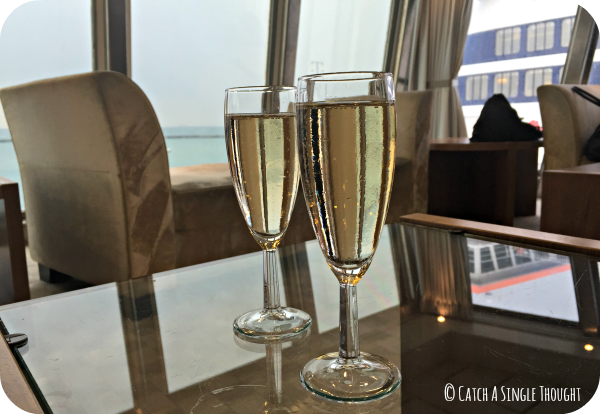 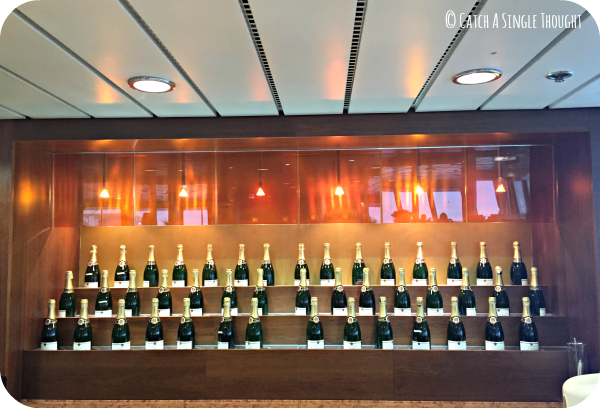 It all started well; we travelled across the channel by ferry with P&O which was really straightforward.  We did have a slight delay as they were incredibly busy on the day we travelled but once we were aboard the boat it was fine.  Having won the crossing in a competition we also had club lounge access which was amazing.  I’m not great on boats but having the luxury of being in the lounge and not having to hunt for somewhere to sit or worrying about losing the kids in the crowds of people was a real plus point.  James took the kids for a walk to see if he could take them outside (despite the rain) and he said it was quite chaotic.  I would definitely pay the £12 per person surcharge if we were to travel by ferry again. 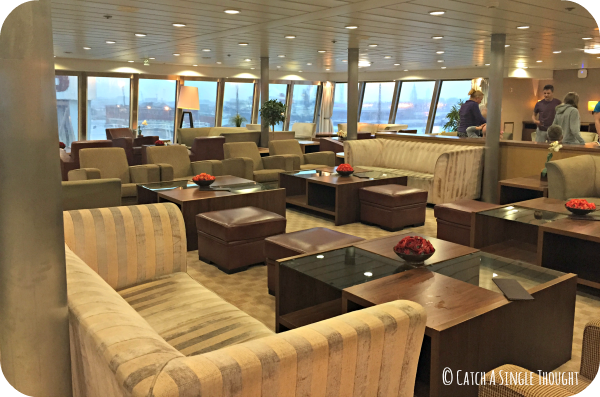 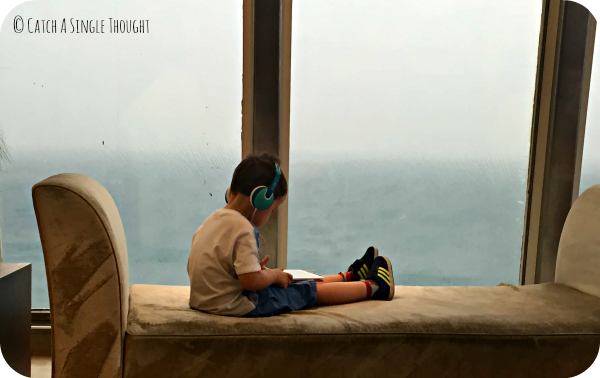 Not to mention the complimentary champagne and the large windows which offered a panoramic view of the journey.  Both Meg and Eli loved this, especially as we approached Calais and they could see it coming ever closer. 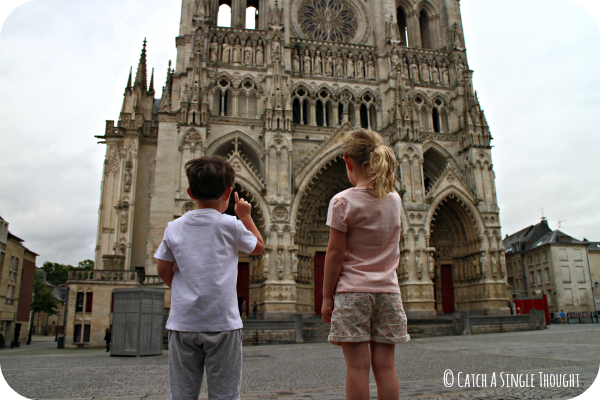 After the ferry we drove for about an hour and a half into Amiens and spent the night in a hotel.  The following morning we had a quick wander, taking in the cathedral and letting the kids burn off some energy before we set off on the longest leg of our journey; approx 7 hours to take us into the South of France.  Some parts were better than others; it’s a long way to drive, especially with two children. 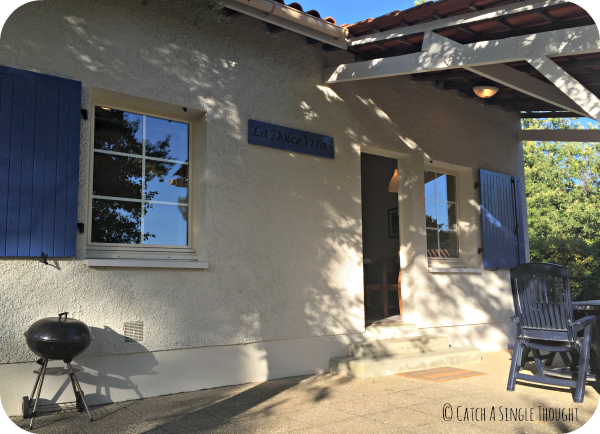 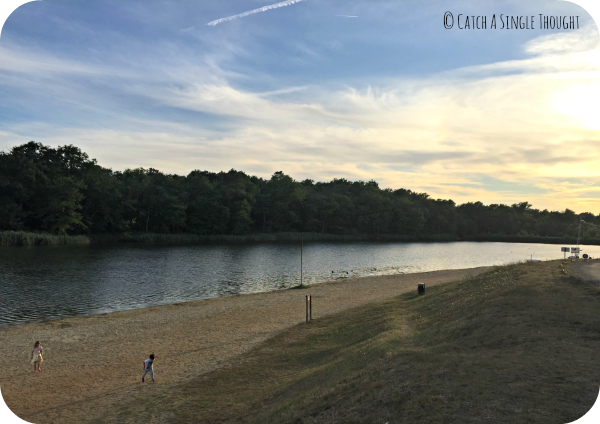 All the weariness of the car journey was forgotten within a few moments of arriving though.  We were staying in a lovely villa in an area called L’Etang Vallier which is in the Charente region.  There was a lake with a sandy(ish) beach and a waterfront cafe which was ideal for enjoying first night pizza and wine. 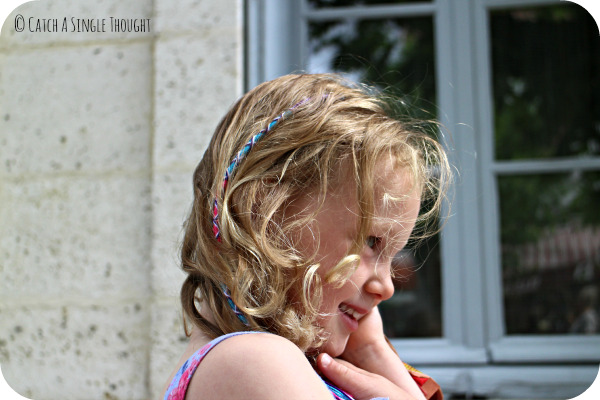 Although the weather wasn’t great for the first few days, we tried to make the most of our surroundings with time spent at the beach, visiting a local market in Chalais where Meg got a much craved hair braid and even daring a trip to the pool.  I have it on good authority (because I wasn’t daft enough to try it for myself) that the water was ‘alright once you got in’. 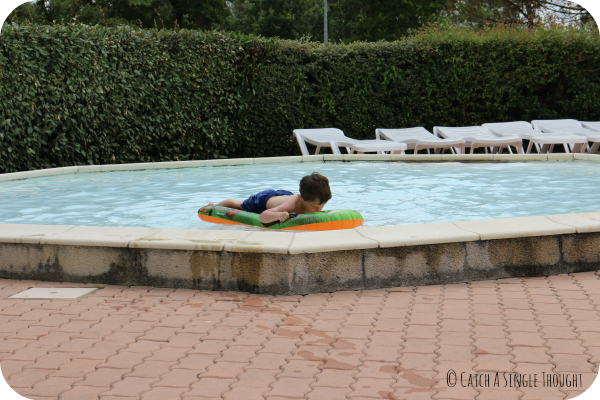 Personally I don’t blame Eli for sticking to the toddler pool which was much shallower and therefore, warmer. 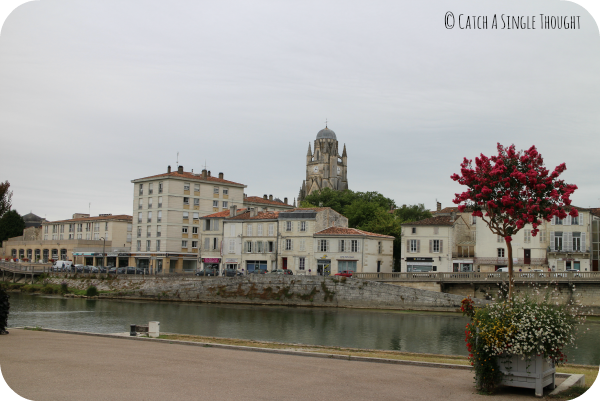 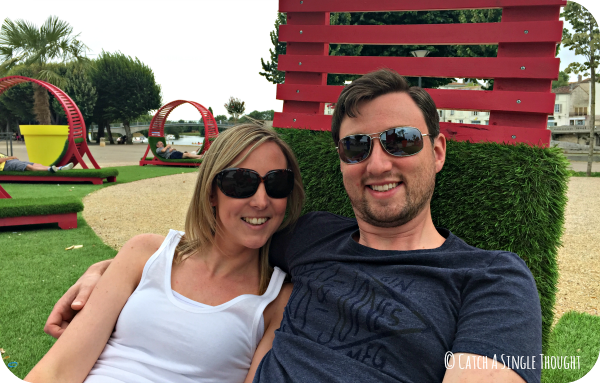 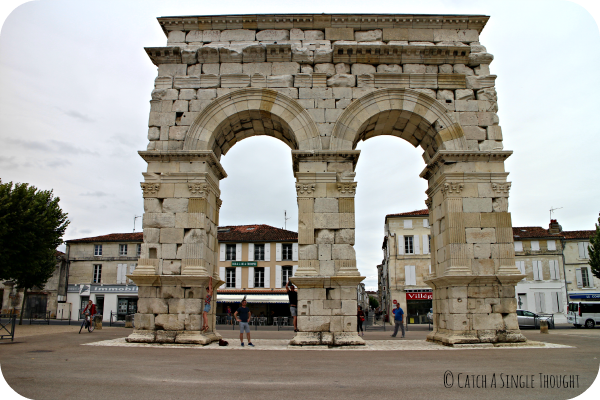 After a couple of days settling in we took our first day trip to meet some friends who were also holidaying nearby.  We chose Saintes, a picturesque city about an hour away from where we were staying.  It’s the second largest city in Charente-Maritime and has a lot of historical significance; the whole area is full of Roman buildings and remains and we had lots of fun walking around and exploring them before finding somewhere to eat in the evening.  We also made several stops at coffee shops dotted around, as is the French way! 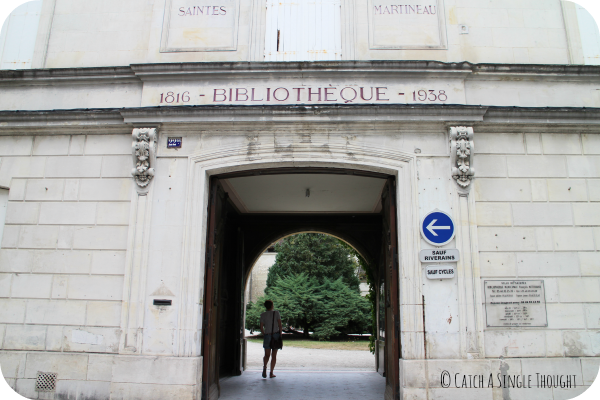 I even found this gorgeous library; it’s hard to believe that it is just an ordinary library.  I would have gladly spent hours sequestered away in here but unfortunately the majority of the books were in French so it wouldn’t really have been practical. 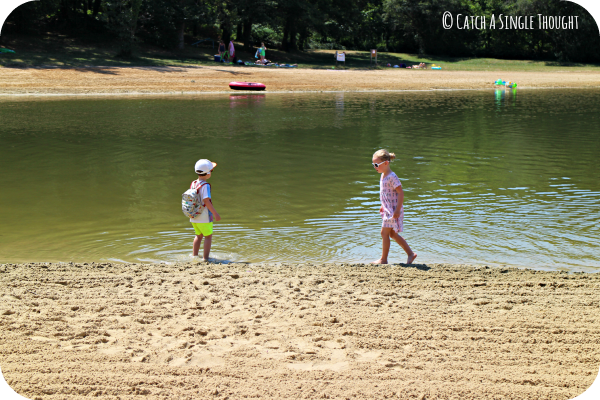 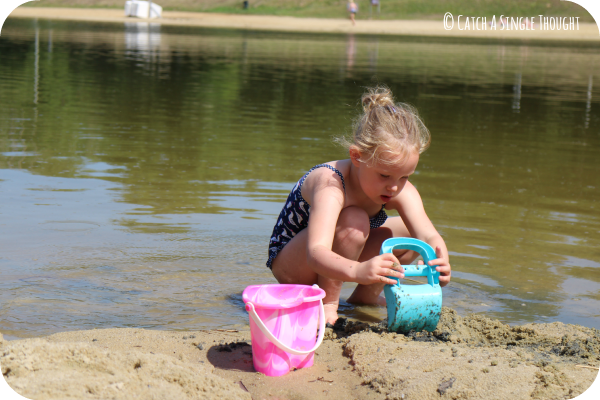 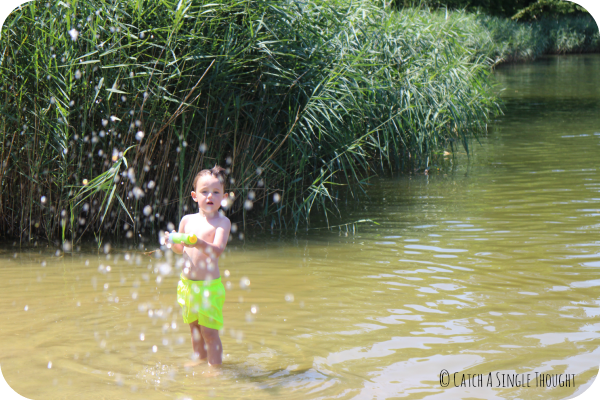 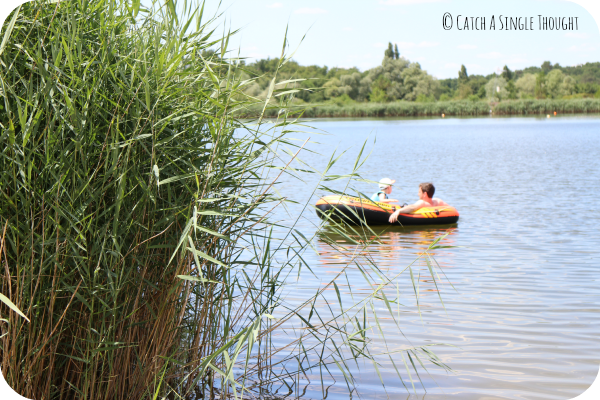 After our trip to Saintes we had a number of ‘downtime’ days when we simply enjoyed the site and our immediate surroundings.  Both Meg and Eli absolutely loved being on the beach every day and watching their confidence in the water grow was amazing.  Eli, who has always struggled through his swimming lessons, was putting his face under the water willingly and even jumping in.  He has definitely come home a different boy. 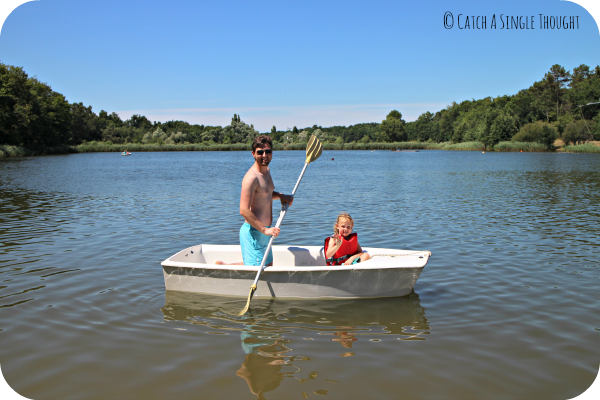 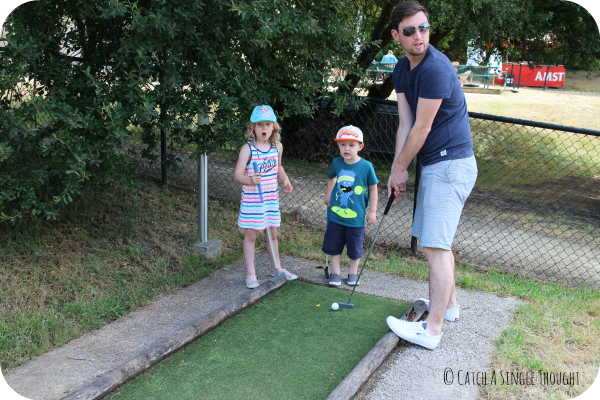 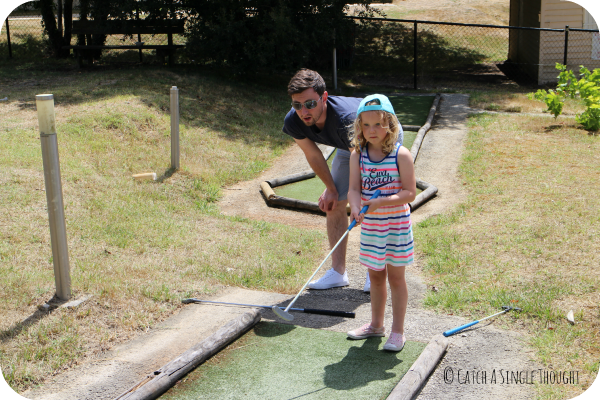 They both really thrived having so many members of their family around them; it was lovely being away with James’ family (there were 12 of us altogether) and it was so enjoyable to be able to spend more time with everyone, I actually cried when it was time to come home but more of that another time, we’ve got some more adventures to share first so stayed tuned!

Back to School with George at Asda