My normal Tuesday travel post has been bumped to Thursday as I’ve had a couple of other things to get up on the blog but this week I thought I would share with you a recent day out we had to the Martin Mere Wetland Centre.

Martin Mere is a wetland nature reserve situated on the West Lancashire Coastal Plain and is a haven for wildlife of all varieties from birds to bees and there are even some otters thrown in to boot.  It isn’t too far from where we live so the fact that I have only taken Eli once since we’ve lived here (and never Meg) is a bit shameful as there is so much for families to do.

During the summer Martin Mere were running a special event for families; children picked up a discovery passport which contained eight different activities.  On completion of each activity staff members gave the children a sticker to place in their passport and if they completed a minimum of six then they could receive a golden sticker in a little ceremony at the end of the day. 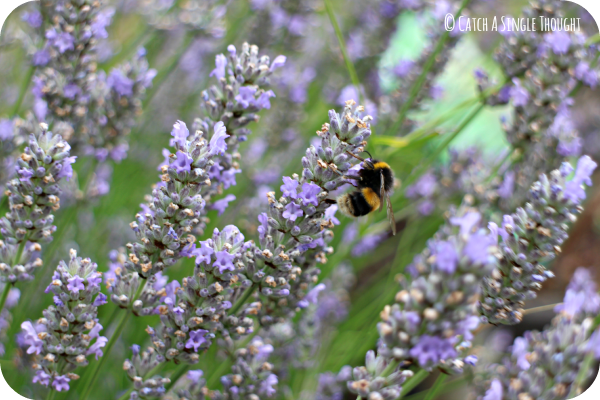 These activities included things such as bug hunting. 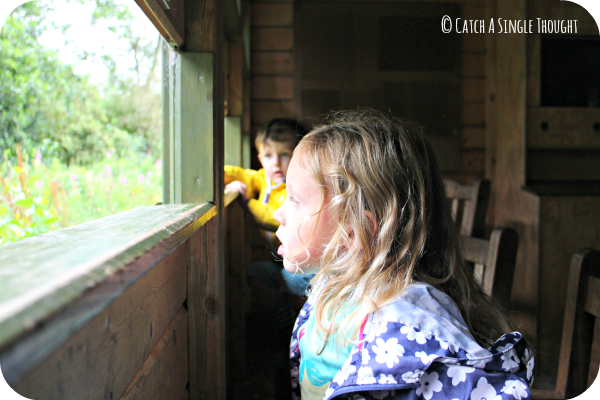 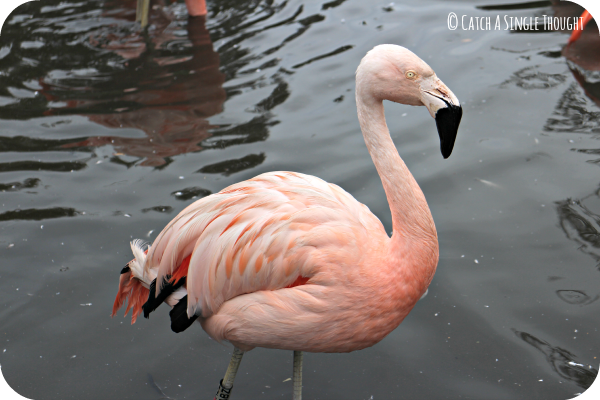 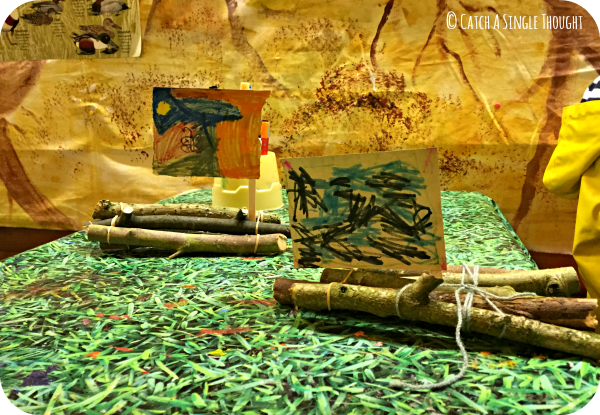 And a craft activity.

This is just one example of the types of events Martin Mere run regularly; this autumn they are going to have giant Lego brick animals which looks very cool.

But back to our day…

It was absolutely rammed in the car park when we arrived; a hazard of trying to go somewhere on a clear day in the summer holidays I guess but actually once we were in, there didn’t seem to be too many people around which was nice and we only had to wait a couple of minutes to pay.  Note: I ended up paying £3 more than I should have because the lady included a booklet in our entry price.  The booklet does contain pictures of some of hte birds but this was way over Meg and Eli’s heads and you can get maps for free once you are inside.

Passports and bird feed in hand, we set off into the centre. 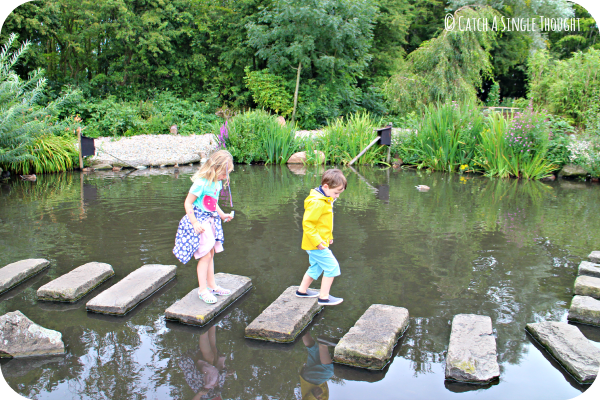 The first task was to attend the otter feeding so we fought our way to the front (that’s where everyone had been hiding on arrival…) and watched that before moving on. 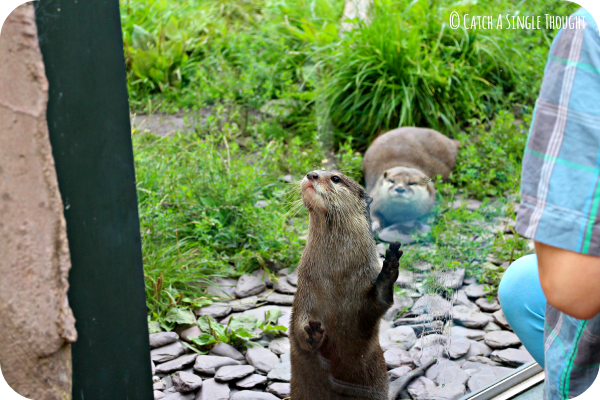 The centre isn’t huge and if you aren’t a fan of birds then there isn’t much to see aside from the otters and the occasional bug; we quickly walked around once the kids had emptied their buckets of bird feed.  Unfortunately we had sat near to the playground for our picnic lunch (which is actually cleverly placed near the exit) and so Meg and Eli’s minds were more focussed on that than actually seeing anything else.

That was until we stumbled upon the Wild Walk. 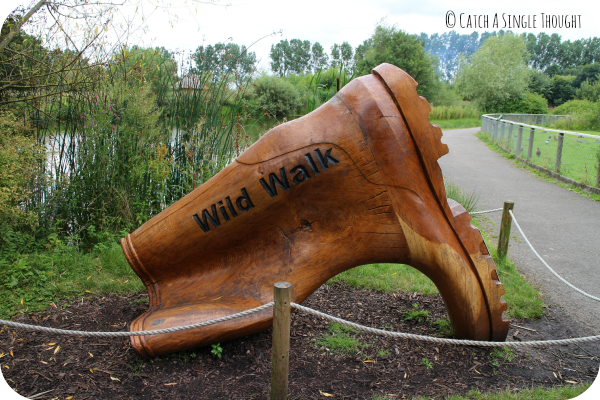 This is a new addition to the centre and has been designed to take visitors on a journey through three different types of wetland habitat; children (and adults) can wander through the maze, squelch through a muddy meadow, wobble across the web bridge and balance along the beams through the reeds. 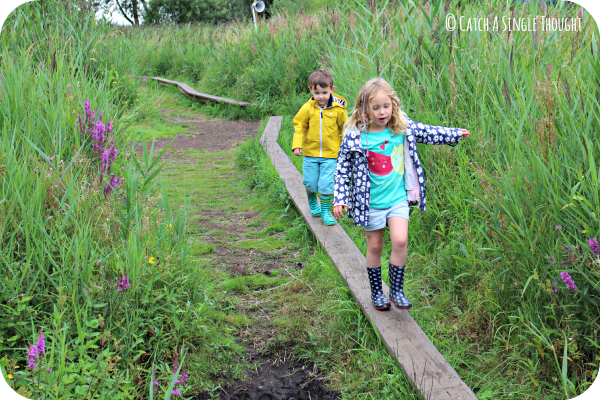 There is a hut/lodge in the centre with various paths leading away and both Meg and Eli absolutely loved this part. 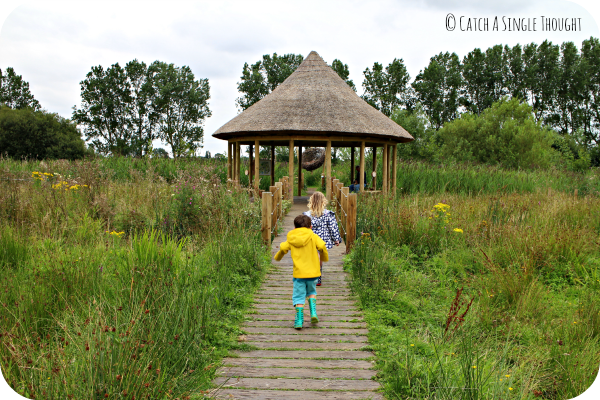 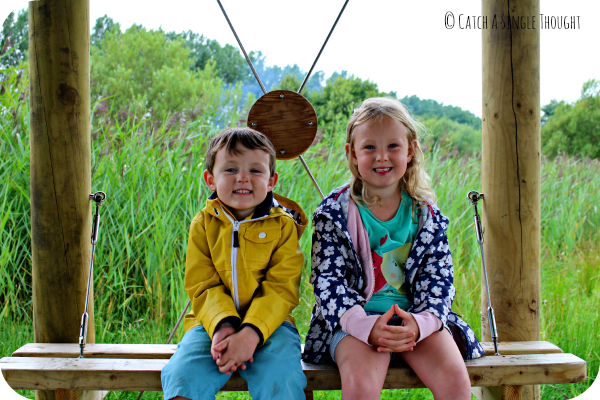 We spent a good 45 minutes just wandering round and round, trying different avenues and seeing where we ended up.  You definitely need wellies but it is a wonderful addition to the centre.  It’s a little walk away from the main hub of the centre too (about 5 minutes) and was very quiet which was perfect. 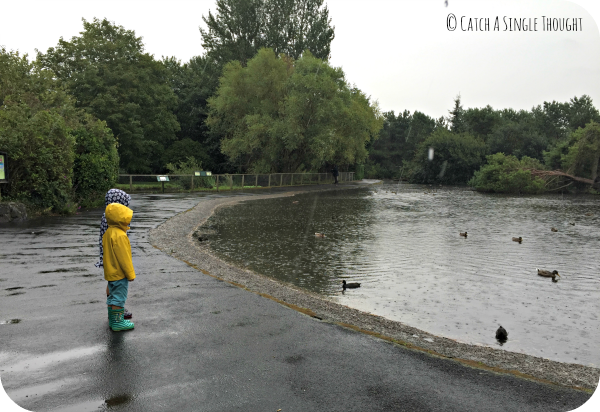 Just about the time we had finished the Wild Walk the rain decided to descend.  Luckily we were equipped with wellies and raincoats and weren’t that easily put off but the centre soon emptied giving us the place to ourselves.  We had another wander around and watched the otters who came out to play in the rain, before completing our final task of pond dipping.  I think this was Eli’s favourite activity…he spent absolutely ages inspecting his tray each time he emptied the net and was fascinated when a member of staff came over to help him, listening attentively to everything that was being said. 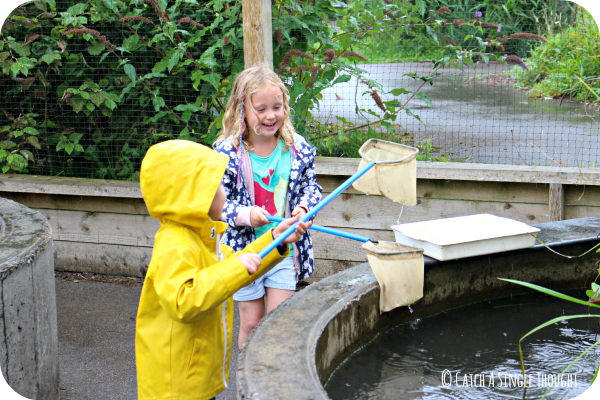 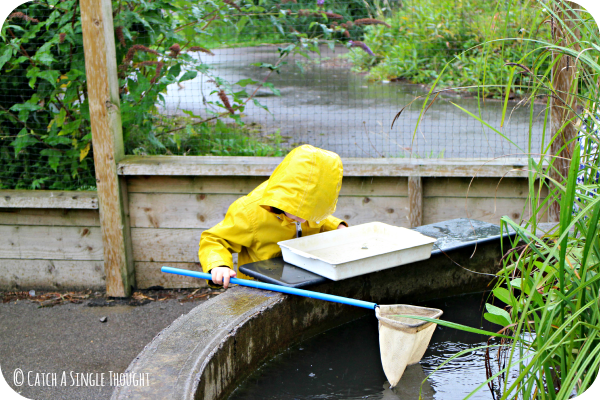 When the rain got too much I asked the kids whether they wanted to go home but we hadn’t been to the most important part of the whole day out…the adventure playground!  Never mind the fact that the rain was now hammering it down, they wanted to get my money’s worth and so off we went.  I stood under a little roofed area nursing a cup of tea I had got from the refreshment stand and Meg and Eli continued to get soaked, but had a great time whilst they were at it. 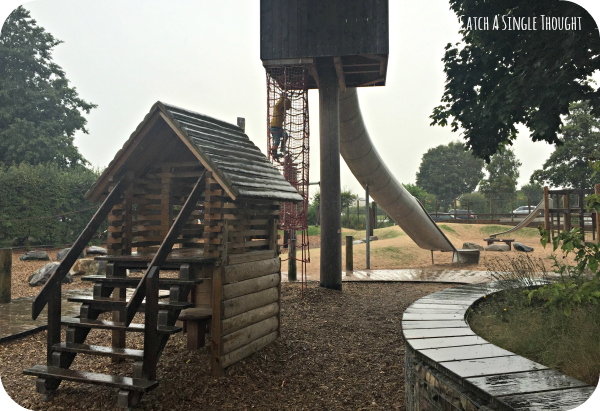 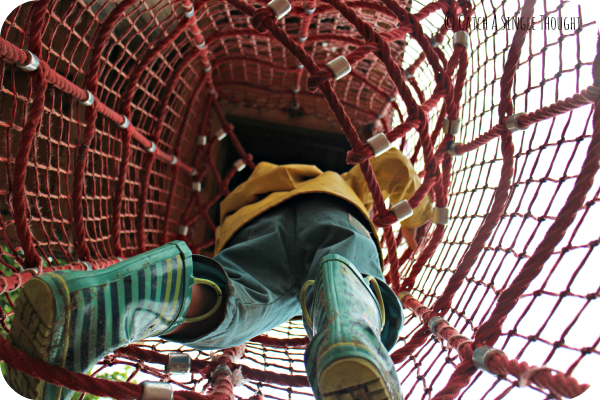 When they finally gave in and decided they had had enough, it was off to collect their golden sticker in a sweet little ceremony where they gave us a little background about the centre.  It was just short enough that the children didn’t start to fidget but interesting enough for the adults.  Then it was smiles for the camera and home to dry clothes, warm milk and a snuggle under their blankets.  A pretty good day all in all! 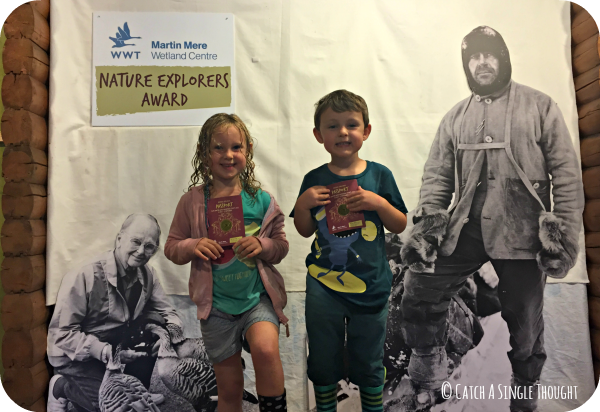 There were some elements we didn’t get chance to do such as the canoe safari and guided boat tours; these cost extra and the weather wasn’t good enough in my opinion to justify the expense on that particular day.  I would like to return and give them a try though, perhaps on a day when it is a little drier!
There is also a Celtic Roundhouse Village which we have yet to visit; it is a little walk away from the main part of the centre and only open on certain days of the week.
Points to note:-

* I was really impressed with the staff and how they interacted with the kids.

* I am useless at raft building with sticks and am thankful to the member of staff who pretended we had successfully completed the task in order to get the kids their sticker!

* Don’t be put off if the weather is bad…in fact it adds to the experience. Not only was the centre deserted when the rain came, giving us the place to ourselves but the kids loved splashing and playing.

* The adventure playground is brilliant but not for the faint of heart; the climb to the slide alone was enough to make me worry.

* Overall a great day out.

Interiors: Cosy up this winter

The Podcast, Scarves and A Whole Lot of Exercise...#LittleLoves