The Podcast, Scarves and A Whole Lot of Exercise…#LittleLoves

I have been trying to keep active this week, to put a new routine in place and make sure that I don’t spend hours watching the new West Wing box set I have just downloaded…it seems to have worked because this week has just gone by in the blink of an eye!

Read
I am reading The Bone Clocks by David Mitchell at the moment and finding it quite hard going.  I wanted something a little bit different to my usual kind of book and I will admit I was a little bit drawn in by the beautiful cover…I’m not one to give up on reading something so I will persevere but I am thinking maybe it’s a little bit too ‘out there’ for me! 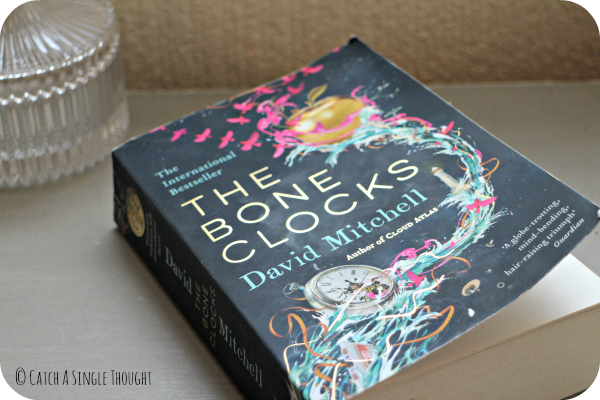 Watched
For once I’m not going to say the Great British Bake Off…because I missed it this week!!  I can’t believe it.  James and I like to watch it together so it won’t be until this weekend that we get a chance to as unfortunately this evening I am going on a speeding awareness course (boo)…it lasts for four hours.  What on earth?!  I’m sure they just make it that long to ensure you feel suitably penalised for being caught going a bit too fast.  I certainly do and I haven’t even got there yet!

Anyway…we haven’t watched too much TV this week as we’ve been quite busy but we did sit down together and watch An Inspector Calls on Sunday evening.  Did anyone else see it?  I thought it was a really great adaptation and I loved David Thewlis, he was just brilliant as the Inspector.

With the weather being quite nippy now in the mornings I have resurrected my scarf collection.  Layers are the way forward at the moment I think as it tends to warm up by the afternoon although as I’m typing this the rain is hammering down so I’m not sure that would technically apply to today… 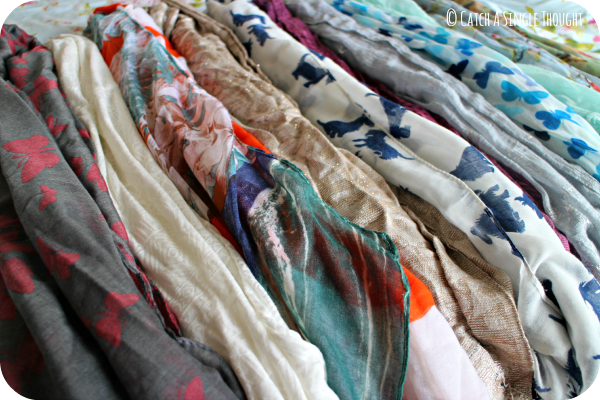 Is there such a thing as too many scarves?!

I think I have mentioned before how I am usually behind the times and in this case it’s really true…I have just started getting into podcasts; I listened to a Christine Caine one whilst I was out walking and it was great.  Then I listened to another whilst I was making the dinner…isn’t technology amazing!

I also heard the news that two friends had their babies this week which is brilliant and a good excuse to get in lots of newborn baby snuggles.

…myself exercise?  I don’t know whether that counts but this week I have done three lots of high intensity zumba and a 7km walk through a nearby RSPB nature reserve which I am very pleased with.  James came home from work this week and said he wanted to go back on a bit of a health kick which is right in line with my thinking.  We’ve both become a little bit lazy over the summer and just sort of muddled through eating meals which were quick but not necessarily good for us and having far too many tipples but now is exactly the right season to get back into routine and exercise is a great part of that.  Next week I’m going to attempt a swimming session; I’m not a huge fan but I have trouble with my knees and I have been reliably informed that swimming is good for people who struggle with runners knee.  We shall see. 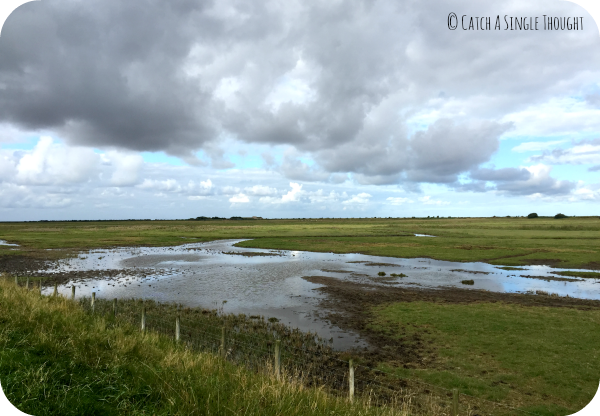 I have been so proud of Eli this week.  He is not a natural water baby (unlike his sister) and usually struggles through his swimming lessons because he doesn’t like putting his face under.  We had a little chat at the start of the week and I explained that he won’t learn to swim if he doesn’t try, and that maybe we should stop his lessons for a while.  When his ‘final’ lesson rolled around on Wednesday he was so good.  He listened to what the teacher asked him to do, he actually gave each thing a good try and although he didn’t put his face fully underwater there was certainly progress made.  Perhaps there is hope for him yet after all!