It has finally arrived…the long awaited day when the Rugby World Cup began and we have already had a weekend full of intense matches and surprising wins (go Japan!).

I don’t really have anyone local who has quite the same interest in rugby as me so when I wore the official England shirt I was lucky enough to be sent I did get a few raised eyebrows and I know James’ eyes glaze over every time I mention names such as Robshaw and Ford but nothing was going to come between me and England’s first world cup match against Fiji. 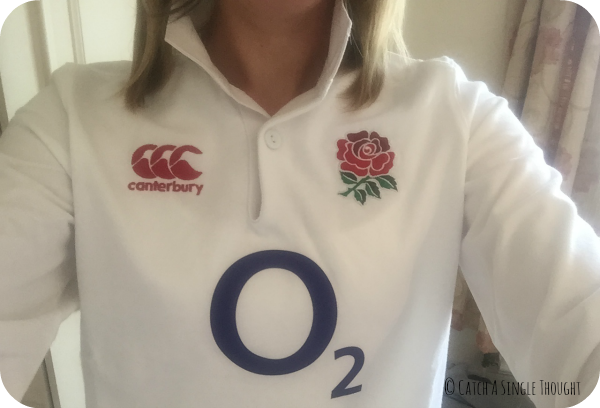 There is a tradition in our house that whenever we watch any great sporting event, be it football, track, swimming or rugby we have a set menu:- 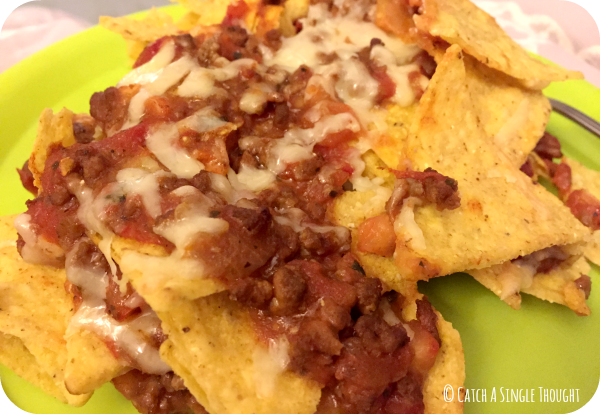 Honestly, it looks so wrong but it is so yummy.  Probably not one to try if you are calorie counting but definitely worth it if you want to give yourself the night off!  We always seem to eat them off our picnic plates as well rather than using proper plates.  I actually have no idea when we started doing that but it would seem wrong now to change it…just one of those strange little traditions we have managed to create, haha.

Both Meg and Eli expressed an interest in also watching so we actually recorded it and didn’t watch the game until Saturday; it was very difficult not clicking onto the RWC15 app that I have to check the final result and I managed to stay off social media so as not to spoil the outcome for myself.  James said to me afterwards that he wished I had known the score so I didn’t get myself quite so into the game.  I dread to think what will happen if we make it to the final (fingers crossed!)

After we had watched the game (anyone see the ref take a tumble? Possibly Eli’s favourite moment of the entire match.  I had to rewind it about five times…) the kids decided that they wanted to have a go at playing and took themselves upstairs to get kitted out; they hadn’t quite got the knack of throwing the ball I bought for them but there is time yet.  Much to James’ delight Eli insisted that there was a rugby team called Everton and he was going to play as it.  Meg stuck to being England.

I know that both Wales and Ireland have started strong, and it’s a shame we had to have Wales in our pool but I am so excited to see how the rest of the games pan out.  If you’ve never watched rugby before then I would absolutely suggest digging up some perhaps long neglected national pride and tuning into one of the games.  The games so far have given strong indication that this world cup is going to be very interesting indeed and I really hope that England can bring it home for us.

The Podcast, Scarves and A Whole Lot of Exercise...#LittleLoves