Earlier in the year we decided to take the plunge and become National Trust members.  We had been umming and ahhing about it ever since we moved up north because our local beach is owned by the NT and it costs us £5 to park each time we go (which is at least twice a month) … so in the end it just made more sense to plump up for the membership.

Of course this also means that we have a wealth of other properties to explore and in an attempt to convince James that signing ourselves away was the right idea I have been trying to take the kids out and make the most of it.

So this week I am sharing with you our visit to Speke Hall in Liverpool.

Speke Hall itself is a timber framed Tudor mansion but the site is made up of more than just the building.  There is also an outdoor maze, gardens, woodland walks and a playground to keep everyone entertained.

We drove up the long winding path and parked in the car park which was very straightforward; catching glimpses of the distinctive black and white building on our way up. 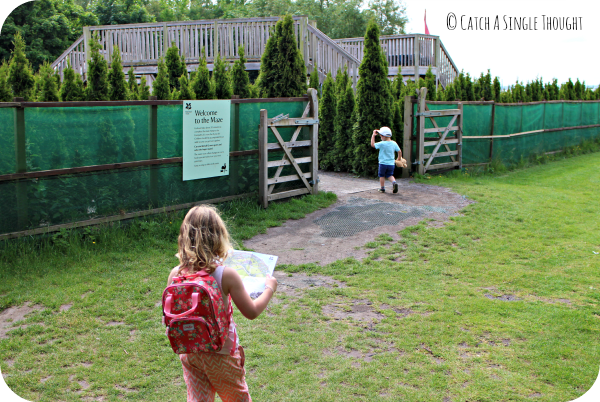 When you have passed through reception you arrive firstly at the maze which Meg and Eli were incredibly keen to test out. 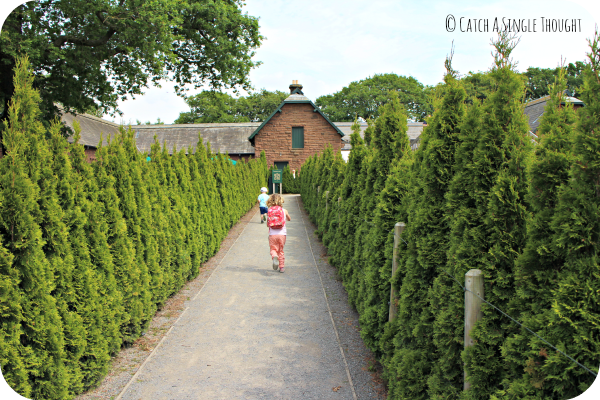 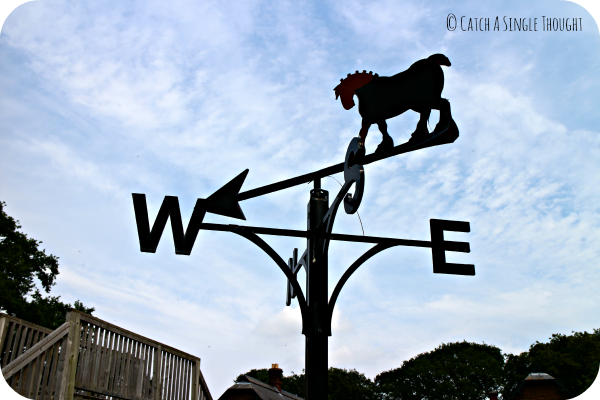 The maze is Victorian themed with high hedges, wrought iron gates and bridges (which are very useful for regaining your sense of direction if you find yourself a bit lost!).  It really is a proper maze, and can be quite disorientating; Meg and Eli took off like whippets so I was very thankful for the bridges which meant I could keep an eye on them from above.  The great thing about the maze is that the gates can be moved meaning the maze could be entirely altered from one visit to the next. 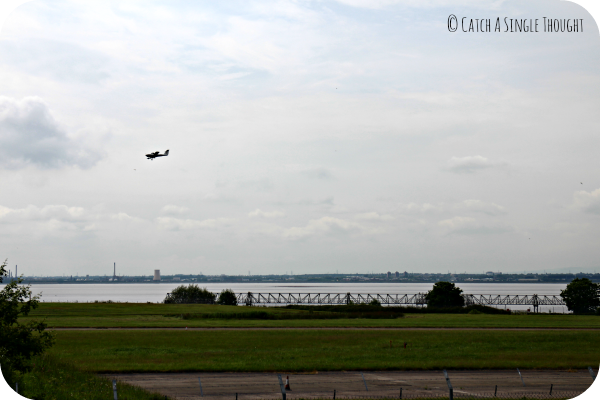 The Hall is situated on the banks of the River Mersey and there are some great views over the water; there is also a private airstrip nearby and you can watch the planes coming down which Eli thought was amazing.

Once we’d finished playing in the maze it was time for lunch and we opted to eat at the Stable Tea Room which was just next to the maze.  The team room sold light snacks and refreshments and I thought the prices were very reasonable; it cost us around £15 for two children’s boxes (sandwich, crisps, fruit/treat and a drink), an adult sandwich and a pasty and two drinks.  There were tables inside and outside so as the day was nice we sat outside and watched the planes descending for Liverpool John Lennon airport. 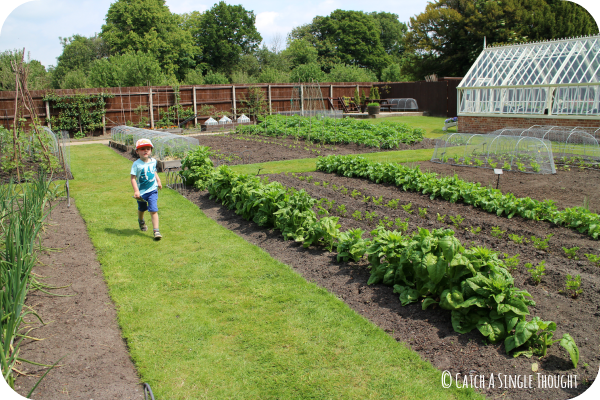 After lunch we headed up the path to the house itself passing through the Kitchen Garden en route.  I am always surprised how much Meg and Eli enjoy these spaces; they like to smell the different herbs and have a guess at what you might use them for. 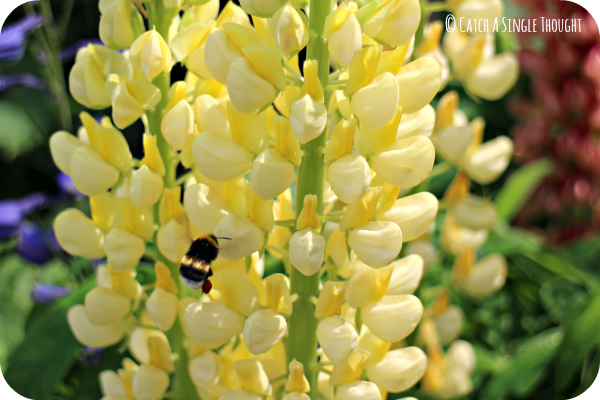 As usual I was busy taking photos of bumblebees! 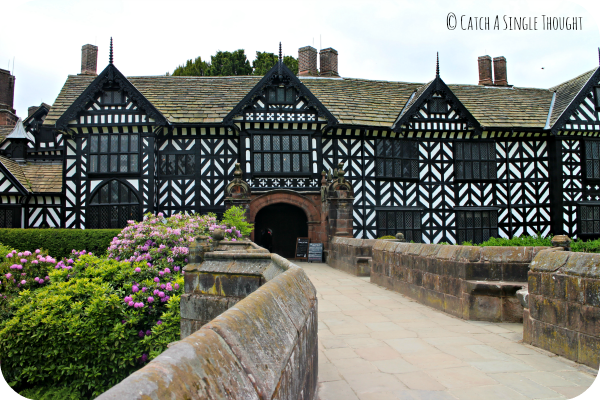 Then it was time for the house…be prepared to duck through the very small doorway to get inside!  We were asked to leave our bags in the cloakroom and Meg and Eli were given a little quiz to complete as they walked around.  This is something I think the National Trust do very well and it always engages Meg and Eli rather than them just wanting to tear around the place. 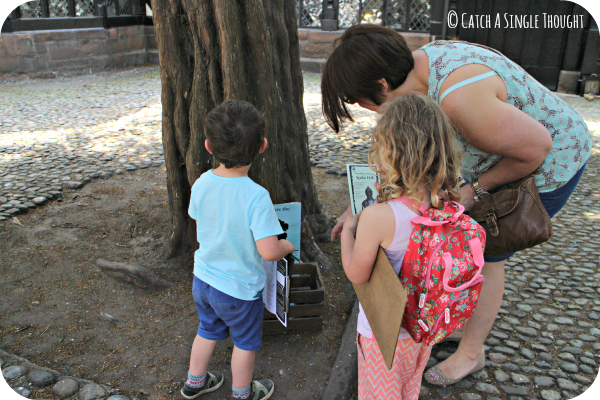 We found all the staff to be very patient and happy to help us answer the questions; some were quite difficult.  Honestly, even for me and my mother in law! 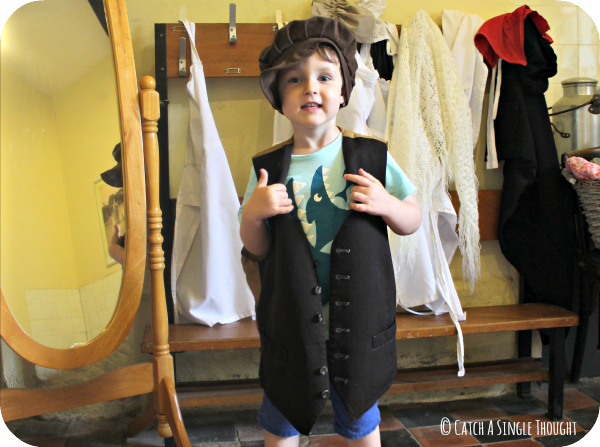 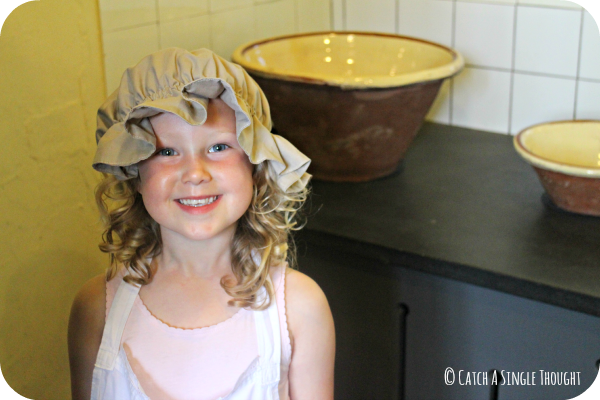 One thing we did find was the part of the house was closed off for the day due to a wedding; it might be worth checking in advance if anything is taking place on the day of your visit as this was a bit frustrating especially as none of the signage saying ‘this way’ had been taken down so many people were met with a locked door and a sense of confusion. 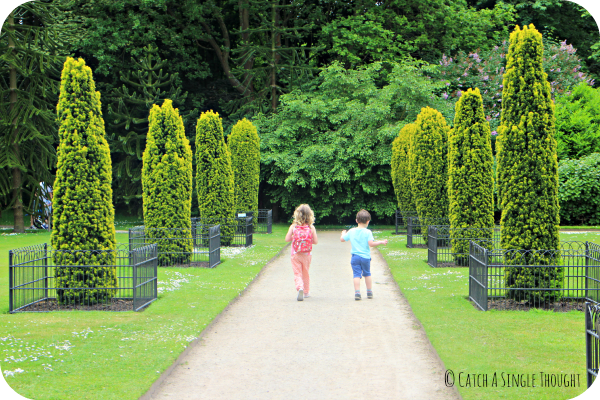 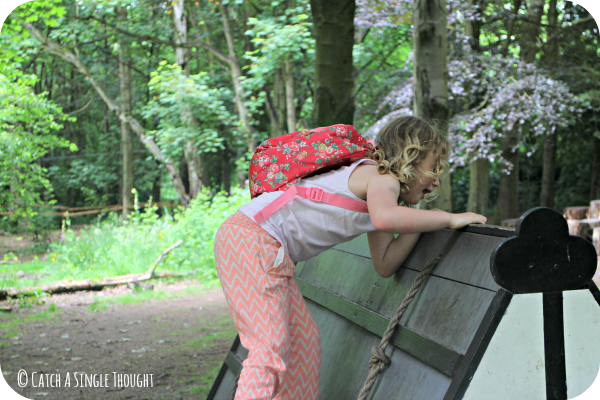 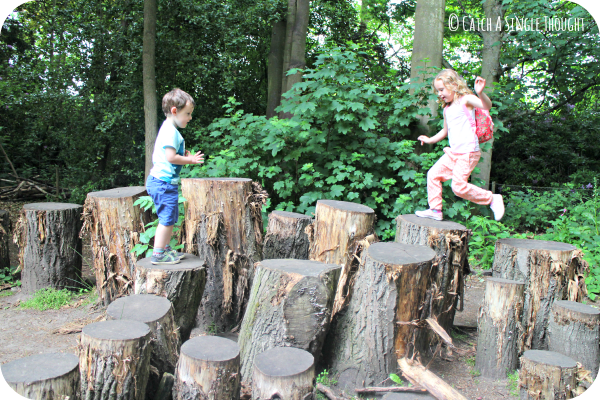 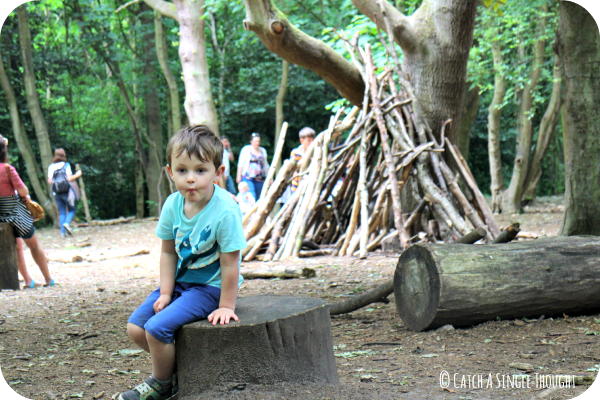 After the confines of the house we headed out into the gardens and made our way to the adventure playground which is situated in the woodland.  Here there was a zipwire, some small tudoresque houses which had climbing walls on the side, den building and plenty of tree trunks to jump across.

There is another playground next to the maze which I think is better for younger children; although Meg and Eli enjoyed the zipwire there wasn’t much else for them to do in this area and they quickly tired.

So after a short play we headed back to grab an ice cream before heading home.

* The outside areas are fantastic for children.
* The house in fascinating but less suitable for younger children, even with the added bonus of the quiz we had to keep moving at a fair pace.
* There is an extended walk around the estate we didn’t attempt which would be quite nice to do on a return visit.
* Staff were great.

Tops Tip For Working From Home