My Reads : The Bumper A-Z Edition

With summer just swallowing everything in sight up, including my time, I didn’t actually feel like I had gotten much reading done over the last few months.  Then I checked my Goodreads account and realised that actually, since the end of June, I had read 12 books.  Which isn’t bad going! 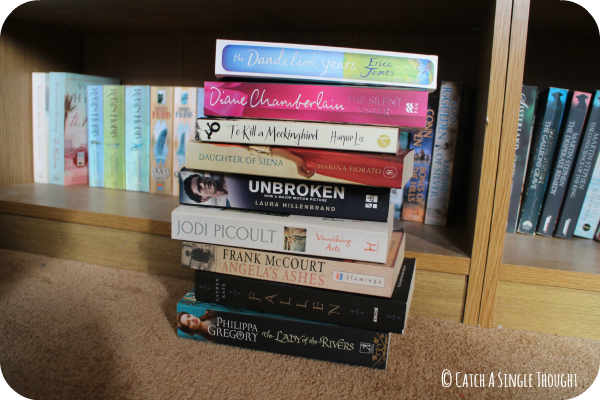 I was then super slow to upload any reviews (I don’t have a ready made excuse for that) so this is a sort of catch up edition where I’ll share my thoughts on the books I’ve read for my A-Z challenge:-

The Quiet Game by Greg Iles
I started this book towards the end of June and I have to say I absolutely loved it.  So much so that I packed it when we went to France at the end of July so I could share it with my mother in law.  I think I said at the time it was more like an action packed John Grisham with less lawyerly talk thrown in to confuse us mere mortals.  The book is part of a series Greg Iles has written about lawyer Penn Cage who moves back to his hometown of Natchez in the Deep South after the death of his wife.  Penn discovers his father, a long serving doctor in the community is being blackmailed about his involvement in an unsolved murder case from 1968.  The book is fast paced, diverse and interesting.  Definitely recommend it for anyone who likes legal thrillers.
Star rating: **** 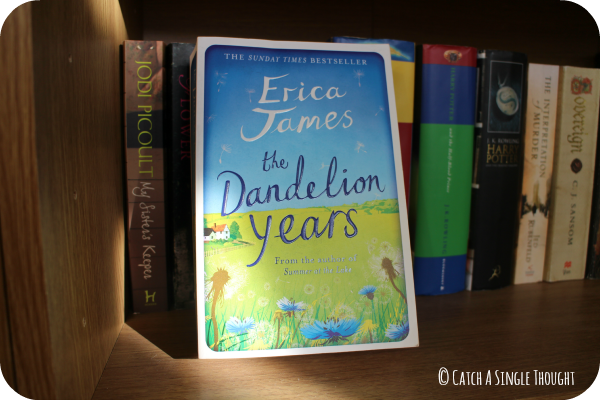 The Dandelion Years by Erica James
Tragedy, love and friendship; these are the major themes of this book which is about Saskia, a book restorer who lives with her father and two grandfathers following a family accident which shattered all of their lives.  Saskia wants to live a quiet, peaceful and risk-free life but one day she discovers a notebook carefully concealed inside a Bible, and she stumbles upon a wonderful and heart-wrenching tale of wartime love and sacrifice.

I really enjoyed this story; I hadn’t come across Erica James before and I liked her writing style although I did find some of it to be a little repetitive.  I thought she managed to weave the two stories: past and present very well and I loved that the wartime story was set in Bletchley Park, a side of the war I find very intriguing.  I wish there had been a little bit more of that in the story to be honest!
Star rating: *** 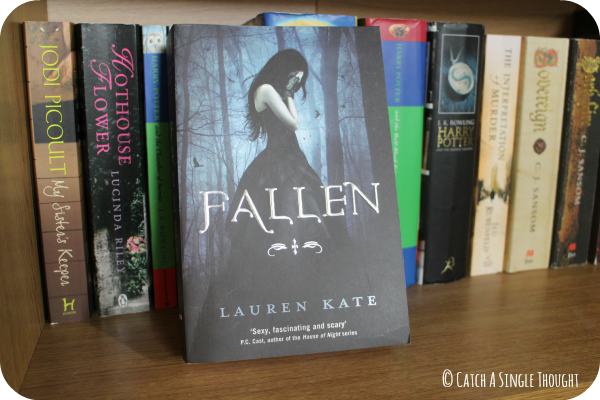 Fallen (Fallen #1) by Lauren Kate
I picked this up as I was looking for a good book for my K and I also fancied some YA to boot.  17 year old Lucinda is sent to a reform school after being involved in a mysterious accident; she meets and instantly falls for Daniel, only to discover that Daniel is in fact a fallen angel and that both Lucinda and Daniel have spent a lifetime crossing each other’s paths and falling in love only to be separated once again.

I really wanted to like this story but I just thought it was lacking…a story.  It isn’t often I give a book a bad review but I got the impression that Lauren Kate had an idea for a series of books about a war between angels and fallen angels and was told she needed a back story before she could get into the meaty part so came up with this.  There were too many plot holes, and the main character was just so hopeless as to be instantly dislikeable.  Perhaps if I was actually a young person and I wanted something easy to breeze through then this would appeal but it just didn’t appeal to me, unfortunately.
Star rating: ** 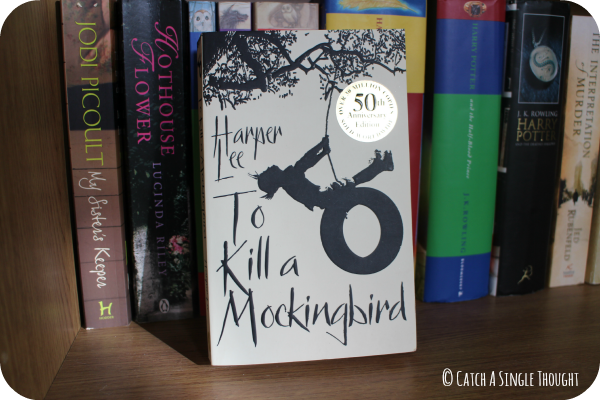 To Kill A Mockingbird by Harper Lee
In all the hype about Harper Lee’s latest book I realised that I had never actually read the first so it seemed like the perfect choice for my L.  Set in the 1930’s the story deals with hard hitting issues such as rape and racial inequality but through the eyes of a child, a young girl called Scout.  Scout’s father Atticus Finch is appointed to defend a young black man accused of raping a white girl and we follow the story, the impact it has on the town, the lines people are willing to cross, and how help can come from the most unexpected of places.  I thought Harper Lee wrote wonderfully and I raced through the book, desperate to get to the end and yet not wanting the story to finish.
Star rating: ***** Angela’s Ashes by Frank McCourt
This was another book which I had long wanted to read and yet had sat on my ‘TBR’ pile for far too long so I made the most of needing an M and gave it a whirl.  It is the memoirs of Frank McCourt who was born in Brooklyn during the depression before being taken to Ireland in his early childhood.  Frank’s father was a drunk and struggled to hold down any work; any work he did get he quickly spent the wages on drink, so his family were constantly stuck in a desperate cycle of poverty.  It is an utterly heartbreaking story of the misery so many families faced in the slums of Limerick (and elsewhere) and how one little boy was forced to come of age really before his time in order to be a man of the house and how Frank overcame a situation full of desperation, starvation and neglect on the part of his father.  I found this a really fascinating read, despite being quite hard in some places.  I would recommend reading with an open mind and trying to remember that this is being told through the eyes a young boy on the verge of manhood.
Star rating: ***

Have you read anything good lately?  Leave me a comment and let me know.  I love hearing other people’s recommendations!

Tops Tip For Working From Home

A Wobbly Tooth, Hidden Hearts and a Big Move...#LittleLoves