A Wobbly Tooth, Hidden Hearts and a Big Move…#LittleLoves

Another week under our belts and here’s something to cheer you up this Friday: it’s only 4 weeks until half term!  The novelty of being at school has certainly begun to wear off for Eli and we’ve had a few tears shed over it not being the weekend but yet another day at school.  I might start a ‘Countdown to Half Term’ chart with him next week; anything to help the mornings run a little smoother!

I stumbled across this blog post from Make A Long Story Short and it really resonated with me.  I’ve had numerous conversations with friends in the playground since the school term started about what has taken over our children; more recently after Meg’s teacher pulled me aside one afternoon and said how well she thought Meg had settled in and how mature she was etc, approximately 5 minutes before she had a major meltdown in the car over Eli looking at her funny *sigh*  But I love the blog post and it is so true that we are the place our children feel safest and we should feel honoured, even if it sometimes make us want to rock slowly in a corner!!

I saw this mash up video on Facebook earlier in the week; usually I give these a miss as it often feels like a repetition of stuff we’ve seen before especially when it comes to Uptown Funk but I was intrigued by the concept of some of the most famous dance scenes from films being included so I gave it a whirl…let me know what you think.

I picked up some really cute pieces for the kids this week in the F&F sale.  Sometimes I wish I was a little bit smaller so I could squeeze into some of the girl’s stuff I buy for Meg; and how awesome are the superhero trousers?  I had to prise these away from Eli so I could wash them after he’d worn them 4 days in a row. 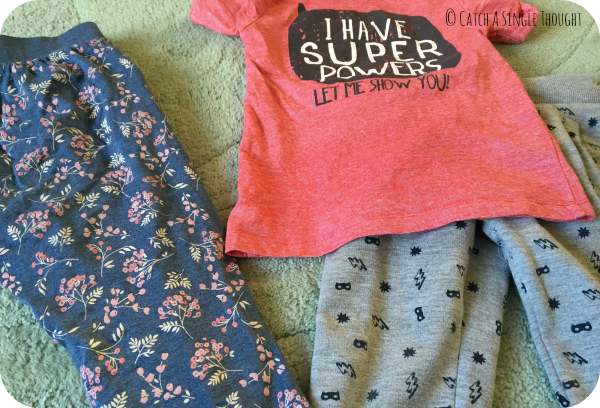 The constant background sound of Meg flicking her first wobbly tooth.  This is BIG news in our house as she is the last person in her class to have a wobbly tooth and her best friend lost a tooth this week so Meg has been feeling a little bit hard done to.  I have been fielding questions about when it will be her turn to have a loose tooth for weeks so to hear her excited squeals when she realised she finally had one was a sweet relief.

One of my greatest memories from being at school are the days when my mum wasn’t at work and we’d come home to the smell of freshly baked cakes. They were my favourite days and I wanted to give Meg and Eli the same memories so I tried my hand at making some hidden heart cupcakes this week.  Unfortunately they didn’t quite work as the hearts rose too much and ended up sticking out of the top of the cakes and I had to cover them up with chocolate but they tasted pretty good.  Nobody seemed to notice the random chocolate blob in the centre either! 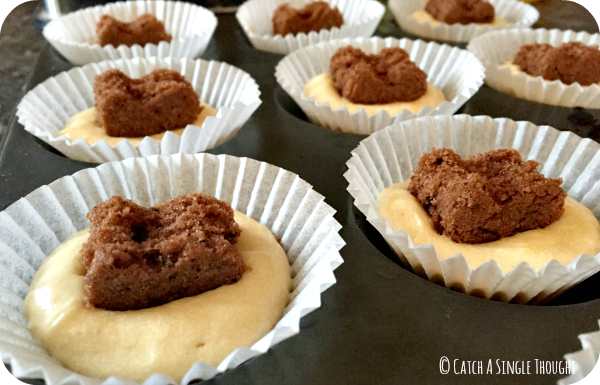 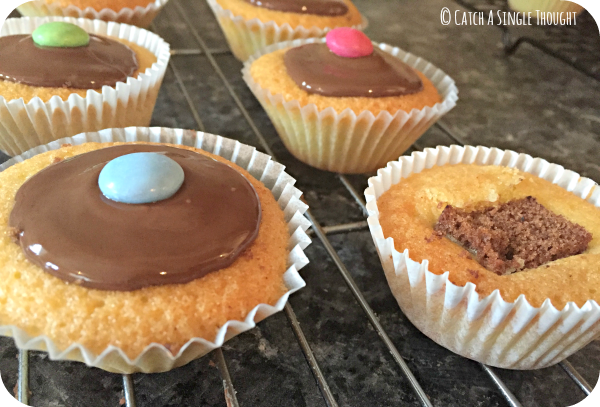 Some more big family news this week is that we are going to be moving house.  Despite thinking that we were going to be able to rent this house long term, the owners have decided to sell so we are having to move.  Houses don’t come up for rent very often in the village so it’s a relief that we have found not only one which is big enough but also better.  Hopefully this one is for keeps, at least until we are ready to buy our own.

My Reads : The Bumper A-Z Edition