It’s been a while since I’ve written a post which falls into the proud mama category of the blog but I’m afraid I make no apology today for doing it!

I will admit that when Meg started school this year I didn’t have too many concerns; if any really.  She has always been a social butterfly and is able to make friends in the most unlikely of places, she has a good solid core of children she plays with at school and her reports are generally that she is a bright and capable child.  The only thing I wondered about was whether she would mind Eli being at school with her and even that turned out to be a foundless worry.

Of course the trouble with the fact that she just tends to tick along nicely is that it can be so easy to forget to give her praise, or see where she is doing well.  I learned long ago not to ask too many questions when she comes out of school; I am usually met with the grunts of a brain which is worn out and she needs a bit of time to recharge before I can bombard her with ‘how was your day?’  ‘what did you do?’ and the like.  Generally teatime is the best moment for this and I can eke out information on whether it was a good day, who she played with and so on.

Clearly though I haven’t been asking the right questions because I discovered in a roundabout way that she is actually doing very well at school and is even working to a higher level than the other children in her class on some subjects.  When I asked her outright about it she shrugged her shoulders and said ‘yeah that’s right.’

I wanted to scream out when she was so nonchalant about it all; is that my fault?  Have I not praised her enough, endorsed her enough, told her that she should shout about her achievements?!

I think we have just come to accept that she is good at school and as such we don’t really pay too much attention to what goes on.  We listen to her read, and we sit with her whilst she does her homework but we know that she can do it, if that makes sense?  If she was struggling with something we would make extra time to help her, and I felt a real challenge to make extra time to tell her how well she is doing and to encourage her to keep going.  The trouble with just getting on with things is that you often fall through the cracks with people noticing the ones who aren’t doing so well and this is going to be all the more prevalent at home now that we are also having to sit each night with Eli and help him with his phonics.

I know for a fact that she gets plenty of praise and encouragement at school; just recently she received a headteacher’s award so I am in no way criticising school, more myself!

My little girl is flying and I forgot to look up. 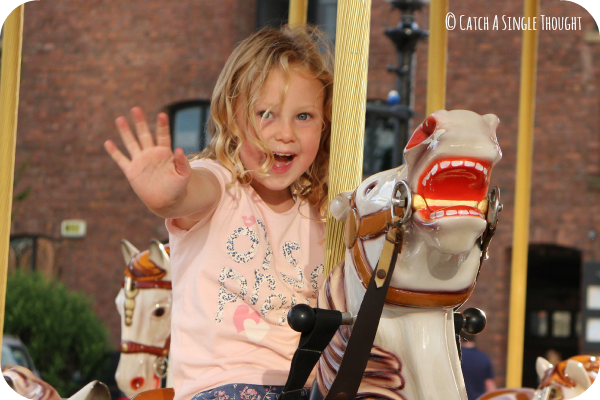 I am so proud of her and how well she has taken to school; from when we first moved here to now she has come on such a long way and even a subject that we were told she was struggling in last year is now one in which she is excelling.

So Meg, this mama is very, very proud of you and I promise that I will tell you as often as you can stand it.  Well done beautiful girl.

A Wobbly Tooth, Hidden Hearts and a Big Move...#LittleLoves

For the Stationery Lovers...