A Weekend in Birmingham…

Believe it or not, once upon a time I was a high flying (ish) city bird who worked a normal 9 to 5 job with long lunches spent in expensive restaurants, a semi-fashionable wardrobe and champagne Fridays.  Oh those were the days!

And actually, since I left to get married 8 and a bit years ago, I haven’t been back to Birmingham apart from on a flying visit so when we were recently invited to spend the weekend exploring it seemed like the ideal opportunity to take a trip down memory lane.  Even if there wasn’t any champagne involved. Boo. 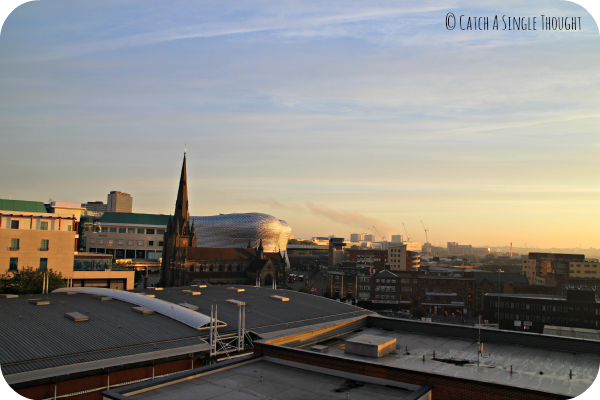 Sunrise over the city.

Birmingham is located in the West Midlands (UK) and is the largest city outside of London so as you might expect, there is plenty to see and do.  It was once a market town and although it is now a thriving and bustling city but there is still evidence of the original town to be found thereabouts.  Whether you are interested in culture, getting outdoors, sport or shopping, you can find it in Birmingham.  But what to do when you only have a maximum of 48 hours to spend in the city? 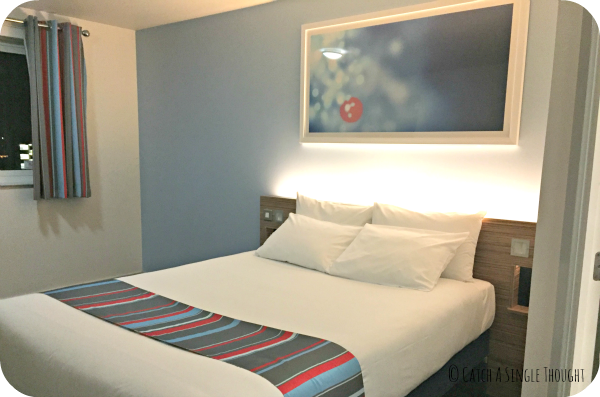 We arrived on Friday evening and were booked into one of the central Travelodge Hotels in the city, in the Chinatown district which is directly behind the Bullring Shopping Centre.  Chinatown is a wonderful vibrant place and although the hotel didn’t have parking, we found a multi-storey nearby which offered concessions for hotel guests and was about a 5 minute walk away.  We had made the decision not to go out on Friday but to turn in early and conserve our energy so that we could really make the most of the following two days we had. 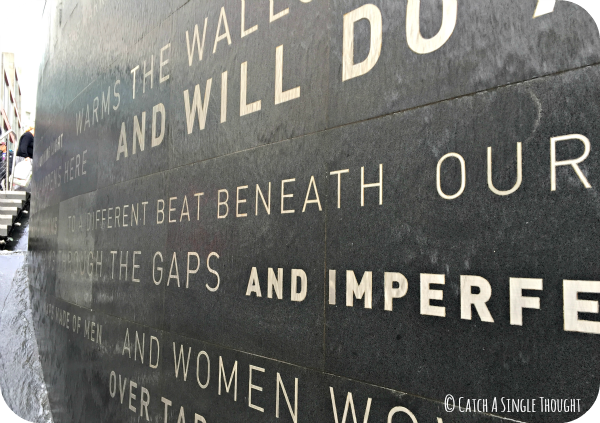 We kicked off Saturday morning with a complementary breakfast which was included with the room; there was a variety of cold and cooked foods which we filled up on and was more than enough to keep us going until lunchtime! 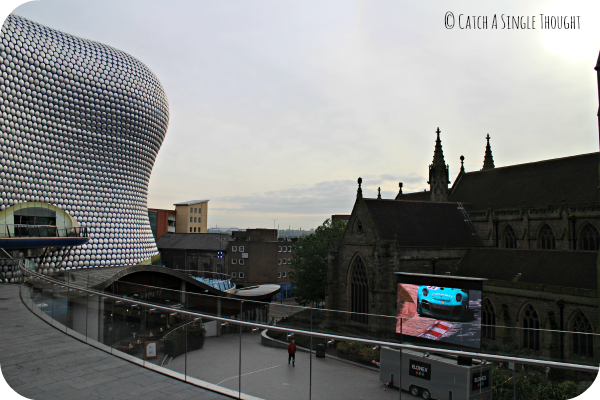 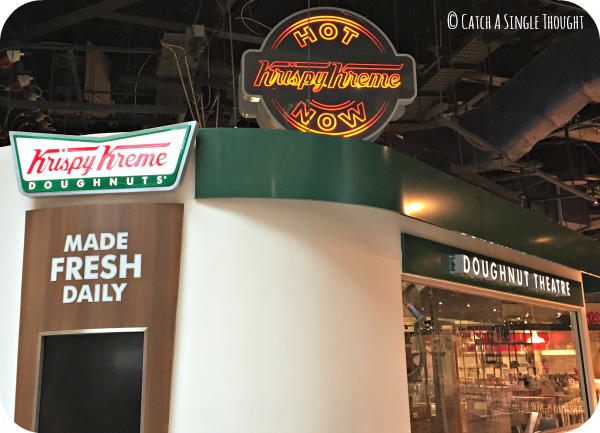 As we were right behind the Bullring it made sense for us to head there first before the crowds descended (and boy did they!), we had a wander around the indoor market and the Bullring, making a special visit to Krispy Kremes, before heading out onto the high street. 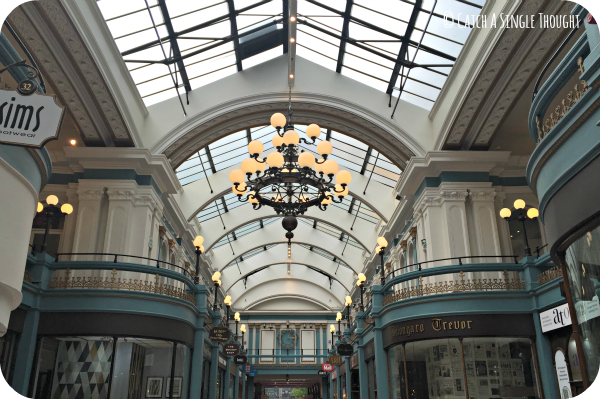 The Bullring is fantastic for serious shoppers but there are also a number of other arcades dotted around the city which are usually home to more independent stores and well worth checking out.  I particularly love Mr Simms Olde Sweet Shop in the Great Western Arcade for a trip down memory lane. 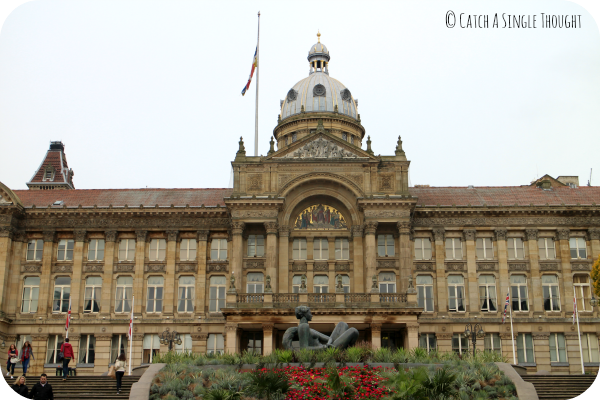 After we’d had our fill of shops, we headed up to Chamberlain Square which is home to the Birmingham Town Hall, the Birmingham Museum & Art Gallery and Paradise Forum.  It’s also the part of the city which hosts the Frankfurt Christmas Market each year (secretly I was hoping it might have come early so we could enjoy some mulled wine but it wasn’t to be!)  Chamberlain Square has some wonderful listed buildings, and is about 10 minutes from the very centre of the city. 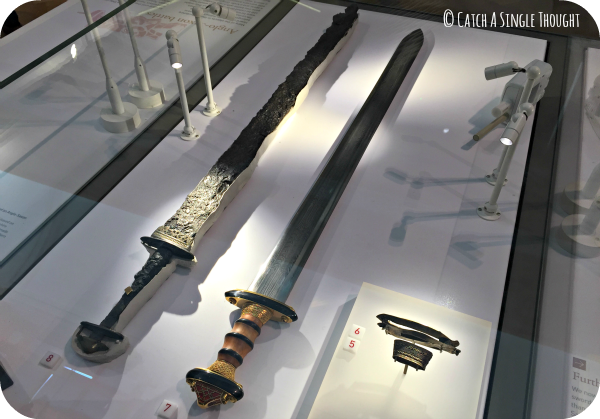 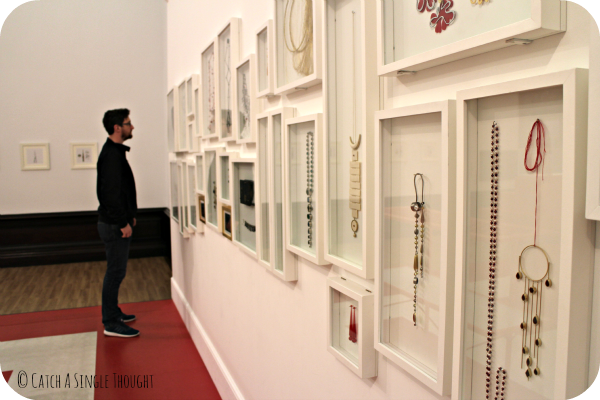 We decided to have a gander around the Museum and Art Gallery; it is free to enter and has over 40 galleries which display a variety of works of art and artefacts from throughout history.  It is perhaps most well known for its collection of Pre-Raphaelite work but personally, we were very interested in the newest exhibition, the Staffordshire Hoard.  The exhibit tells the story of the largest hoard of Anglo-Saxon gold ever to be found and is completely fascinating, especially given that they don’t know why so much treasure was buried in one place, or even what some of the objects are.  This was definitely a highlight for us. 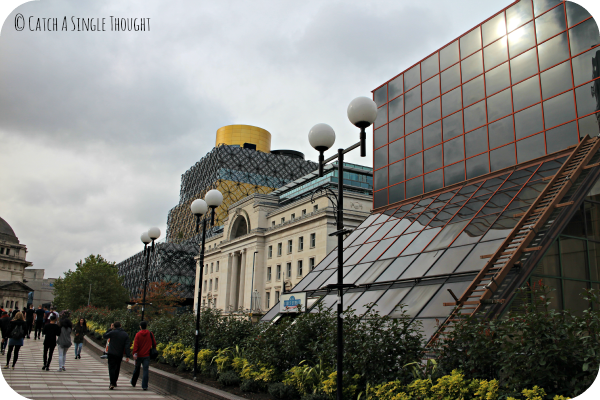 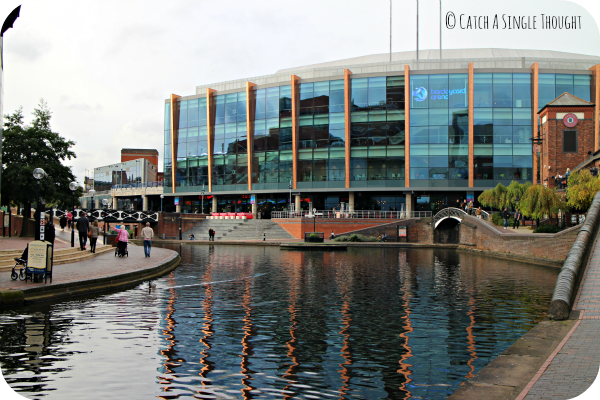 Brindleyplace is also a nice place to walk through during the day as it connects the city’s vast canal network and many of the bars overlook the water, which was perfect for enjoying a quick drink whilst the weather was nice.  You’ll also find the Barclaycard Arena and the Sea Life Centre here. 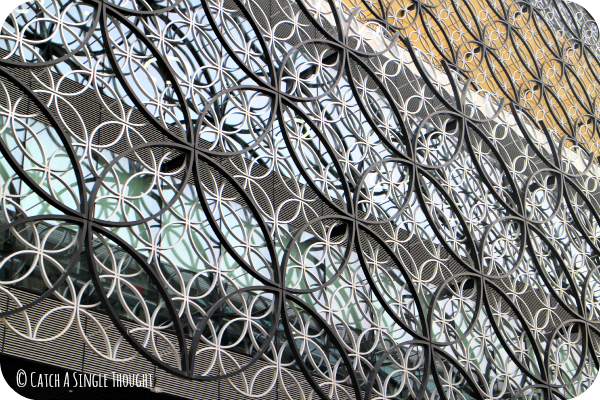 As it was the early afternoon by this point, we were on our way to visit the the Birmingham Central Library rather than to go clubbing and I totally fell head over heels with the building!  Unfortunately on the day that we visited, the Secret Garden, which is on the Library’s terrace, was closed which was something I was really looking forward to seeing but it was nice to have a quick look around despite this although there isn’t that much to do aside from this!

We walked through the ICC which brings you out into Brindleyplace and stopped off for a quick drink before heading back through Birmingham to our hotel. 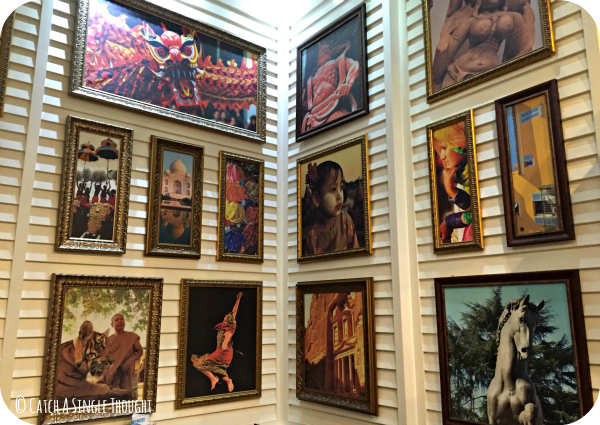 Some of the interesting artwork in Jimmy Spices.

In the evening we decided that although there were a number of great restaurants right on our doorstep we would go back across the city to Broad Street.  There is a restaurant called Jimmy Spices which is where we celebrated both our 21st birthdays so it was a trip down memory lane for us, even if we had to walk half an hour to get there!

It was worth it though; it’s an all you can eat buffet with food from across the world.  I think I managed 3 courses and James managed 6!  We enjoyed some great food and drink before heading back to the hotel for the night. 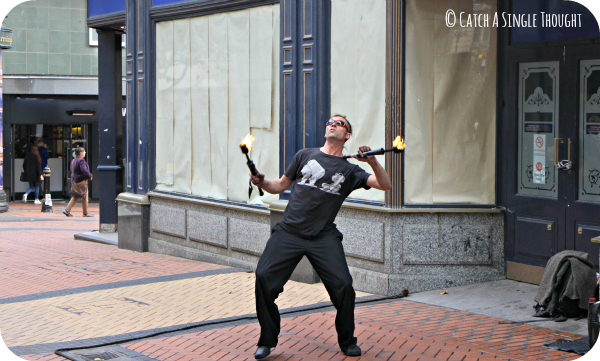 One thing you are never short on in Birmingham are street performers…we counted at least 10 competing on the same short stretch of road including this rather good fire performer.

Sunday was our day to take things a little bit slower; we had to get home to pick up the kids in the afternoon so we didn’t want to try and cram too much in.  We had a long lie in and some breakfast before packing up and heading to the car. 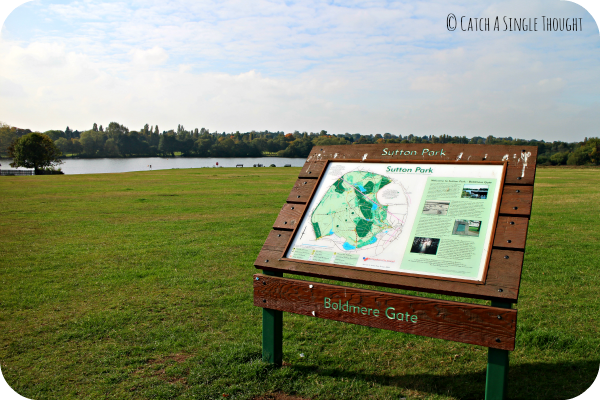 We’d decided to check out Sutton Park, one of Birmingham’s wonderful open spaces as the day was so beautiful and autumnal.  There are a couple of inner city parks but as Sutton Park is home to some Exmoor ponies I desperately wanted to visit. 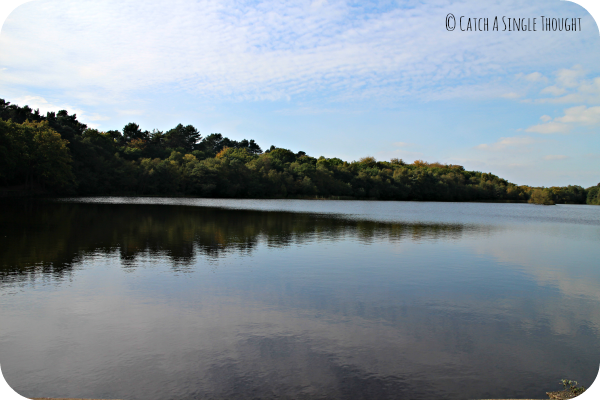 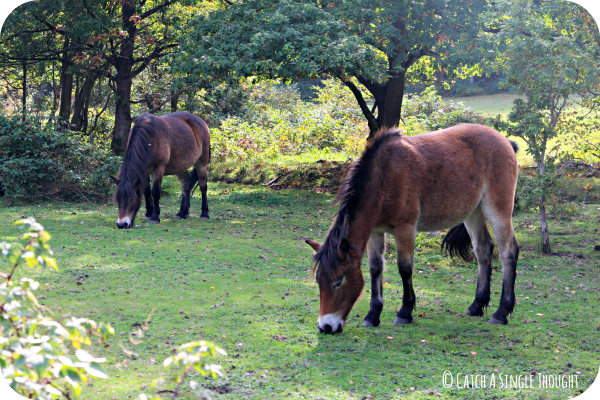 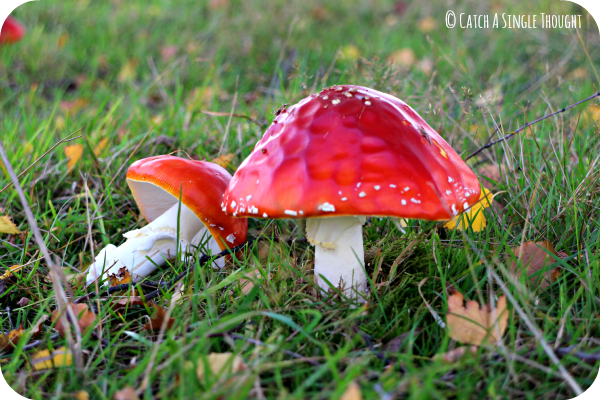 Sutton Park is about 6 miles north of the city centre and is 2,000 acres of open heathland, woodlands, wetlands, marshes and lakes.  It is incredible and we really wished we’d had Meg and Eli with us to enjoy it.  We spent about 2 hours just wandering round, stopping off for a quick drink at the Town Gate cafe and seeing how many of the ponies we could spot.  It was the perfect way to spend our Sunday morning and the last day of our whistle-stop weekend break.

Overall we really enjoyed our break; it was fantastic being so centrally located and the manager at the Travelodge really couldn’t do enough to help us which is always a good feeling.  I actually hope it isn’t another 8 years before we go back again!