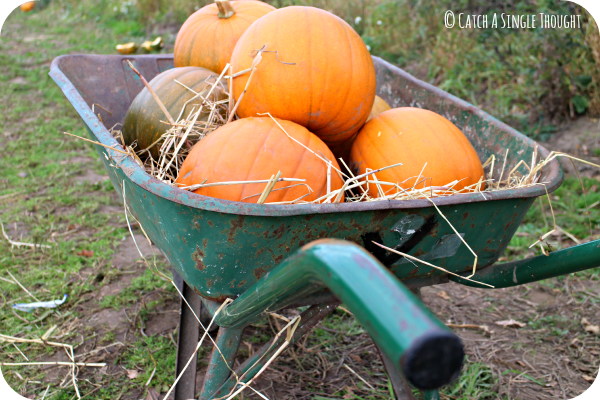 This weekend we decided we would try and beat the October crowds and head to our local Pumpkin patch early.  Thanks to a tip from my wonderful sister in law we discovered one just a stone’s throw from where we live which was absolutely perfect. 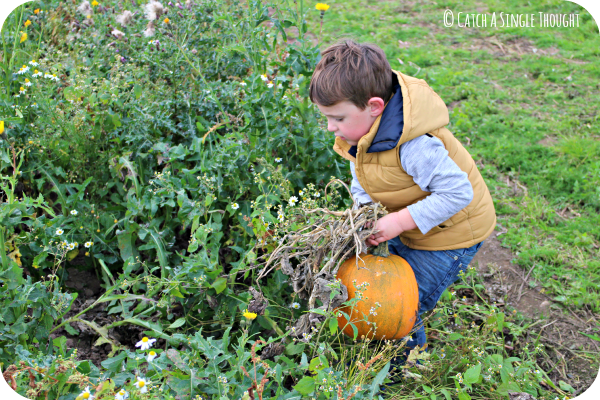 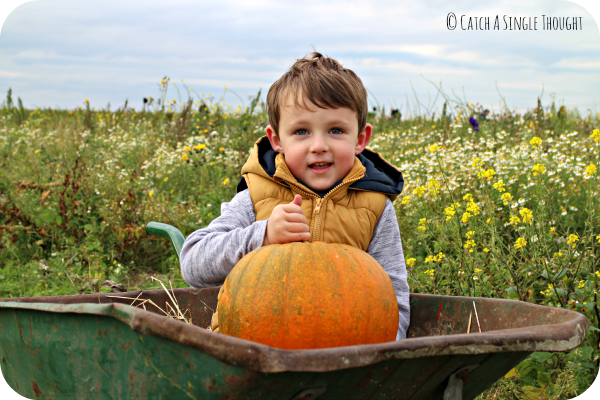 Meg and Eli are quite au fait with ‘pick your own’ farms having been to various fruit farms over the years but they were overjoyed to root around to try and find the biggest and roundest pumpkins.  Originally they were also trying to find the brightest as well but Meg changed her mind and decided that she would quite like to pick a green one for an added ‘spooky’ effect when we carve them later in the week. 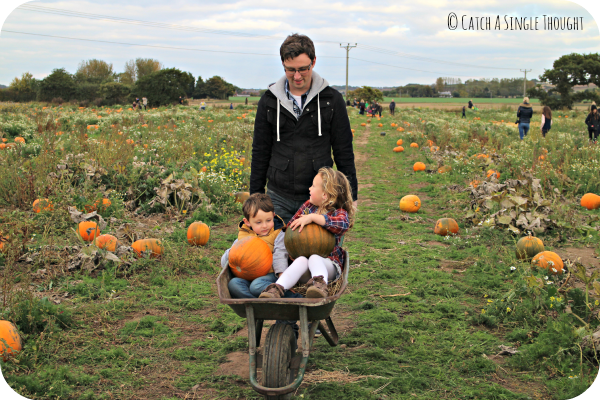 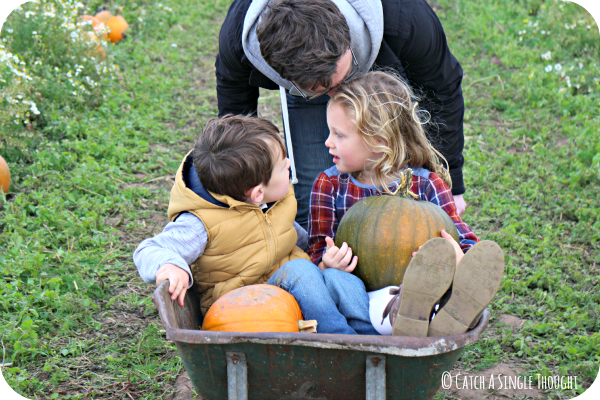 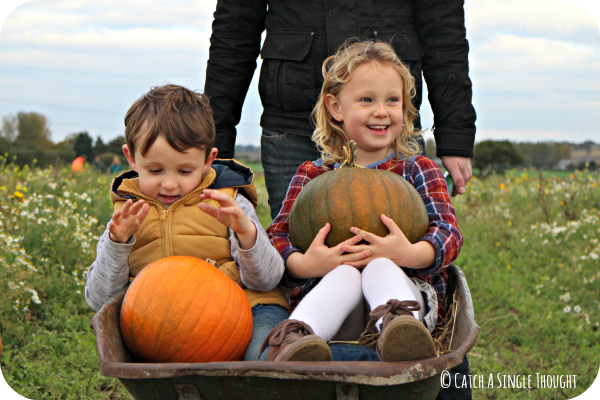 I love the little added elements which had clearly been thought of, such as wheelbarrows (which incidentally made the perfect transport option for tired legs at the end of the pumpkin adventures especially when combined with pumpkin related jokes which were helpfully passed from Daddy to children, the favourite being an original creation:

‘What do you call a pumpkin with wind?’

Yep, thanks for that James! 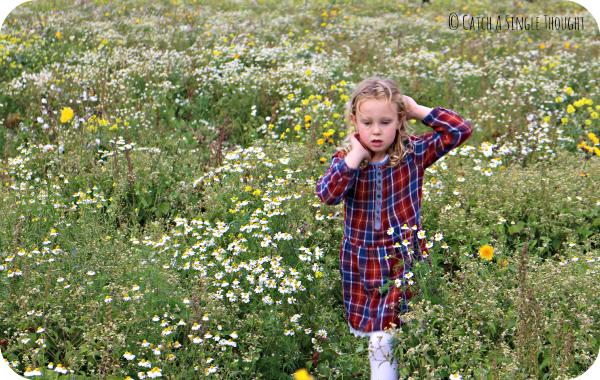 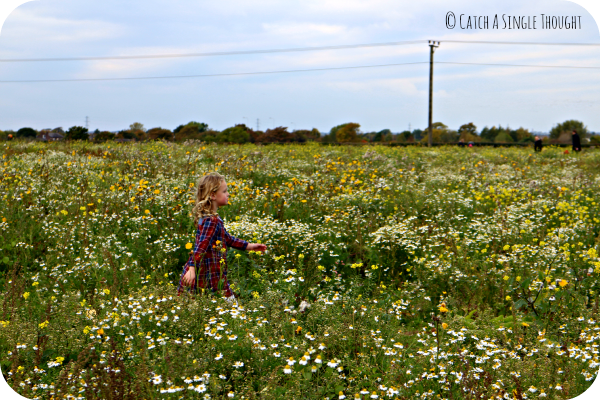 I love it when we find somewhere which allows us to give them the freedom to run and explore.  Meg wandered amongst the tall grass hunting for fairies, and the magical beast which puts holes in some of the pumpkins so he can have them all for himself, and just generally had a magical time, all from the depths of her own imagination. 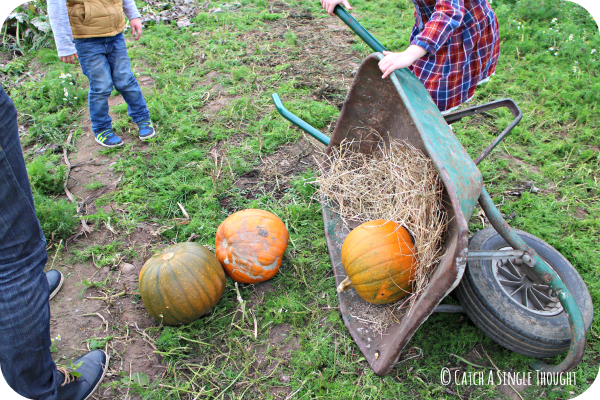 It didn’t even matter when our wheelbarrow upturned (twice) and all our pumpkins took a tumble. 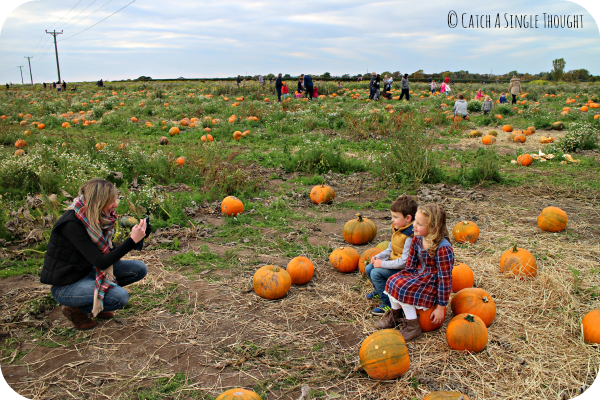 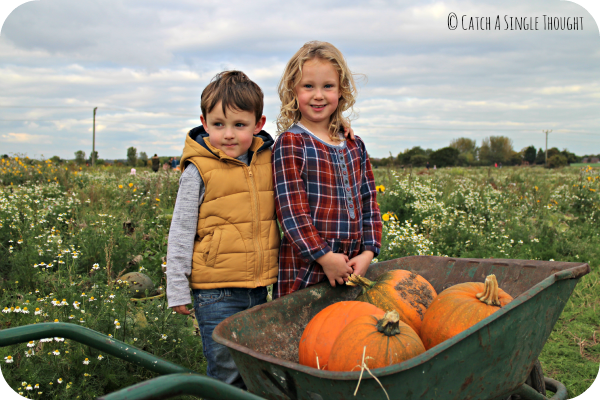 Or when the children had to be subjected to Mummy’s pestering for them to sit and smile in the ideal photo spot. 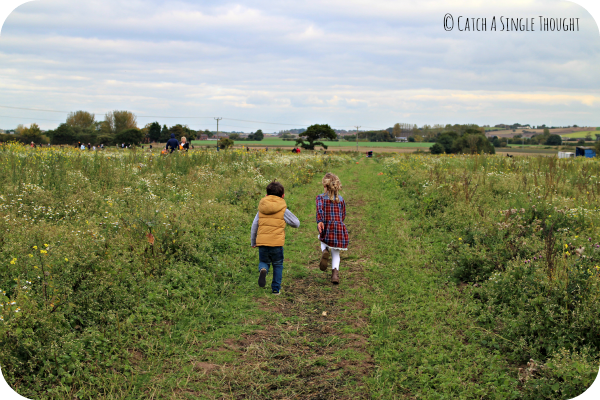 There was so much exploring to do, perfect pumpkins to find and we never did manage to find that cheeky pumpkin-eater. 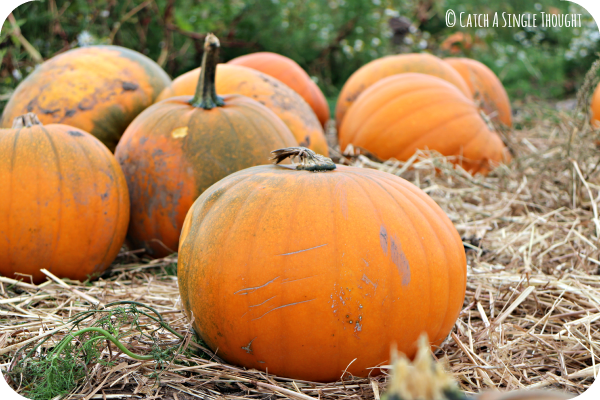 I am fairly certain I have said this before but autumn is my absolute favourite season of the year.  Crisp, cool weather which is the perfect excuse for gilets and big scarves, the beautiful bright colours and of course, pumpkin picking. 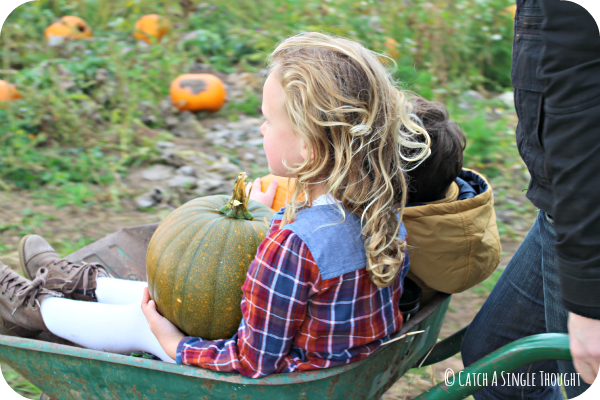 Tartan Scarves, Slowing Down and The Apprentice...#LittleLoves