Did you know that Liverpool has one of the most impressive collections of free museums and galleries in the whole of Europe?  It also has the second biggest collection in the UK; the first, obviously, being in London.  And it is right on our doorstep!

We are so guilty of always planning to go away somewhere without first considering that there are lots of amazing things just a short drive away from us and perhaps even more so with Liverpool as it is James’ home city so he takes its presence for granted.

So recently when we were umming and ahhing over where our next family adventure could be we decided instead to stay closer to home and treat the city as though we were tourists and spend the day exploring the various museums and attractions on offer.  And what a fantastic day it was.

It would be very difficult to visit each of the museums in the city in one day and although we gave it a good go, we did miss out the World Museum as we had been to that previously and the Museum of Liverpool as we simply ran out of time.  Watch this space for a return visit. 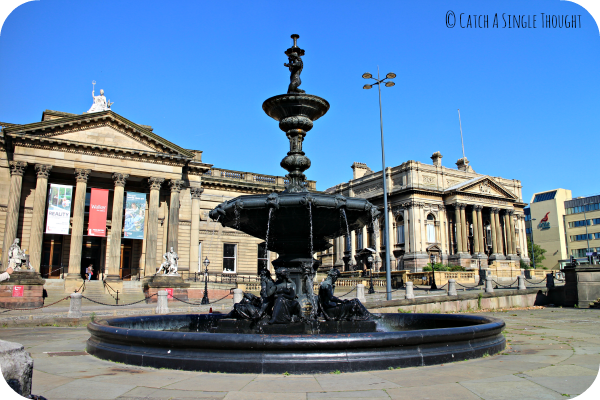 We started our day at the Walker Art Gallery as this is on the opposite side of the city to the main hub of museums.  It is near to the World Museum and the Library of Liverpool; which are both worth visiting on their own. 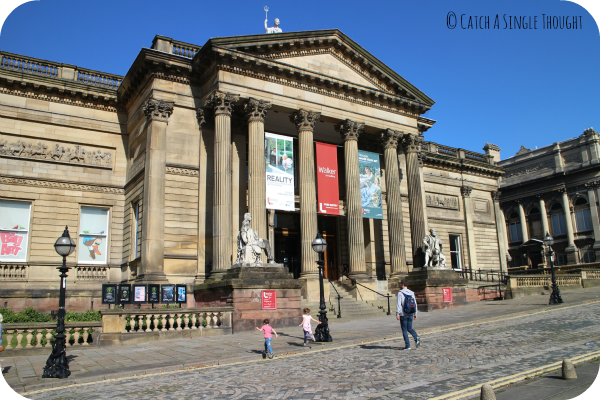 The Walker Art Gallery houses a variety of paintings, including work by European artists such as Rembrandt and Poussin, a large collection of Victorian paintings and pre-Raphaelite work too. 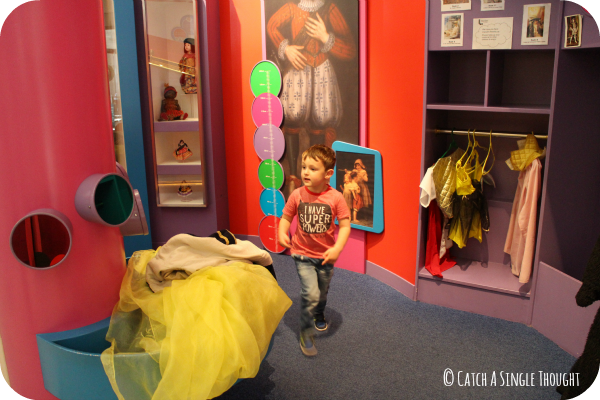 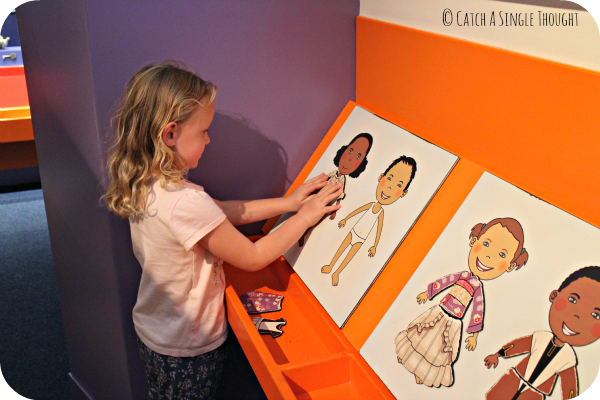 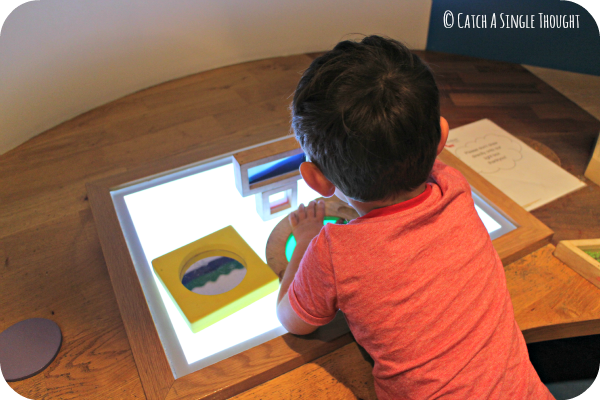 The great thing about the Walker Art Gallery is the Big Art section for under 5’s.  Children can draw or create their own work of art, there is a section to sit and read, to dress up, plenty of interactive elements and so on.  It’s a really great way to introduce children to art and to begin teaching them a love of the creative.  We were particularly impressed with the interactive elements here (and also how quiet it was for a Saturday morning!) 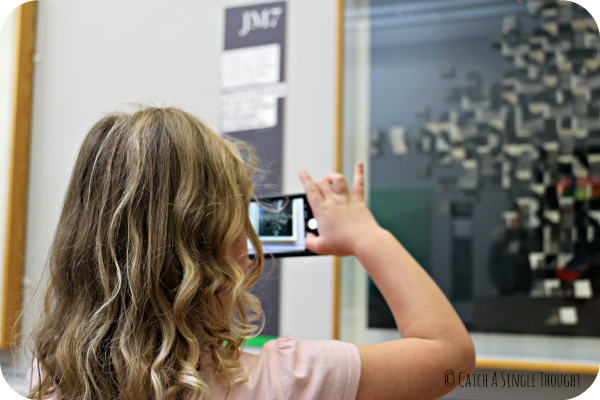 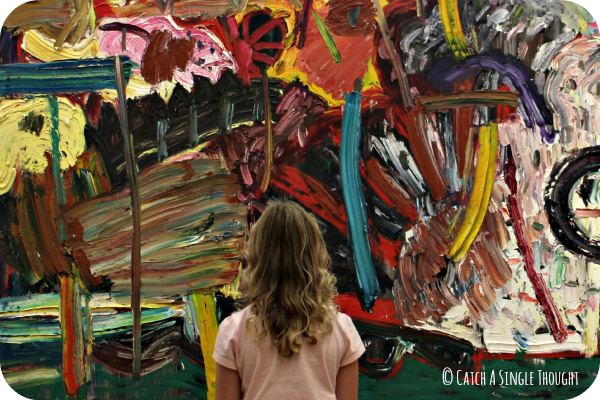 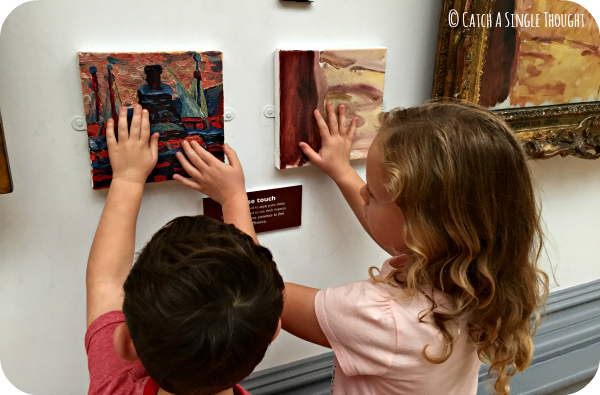 We followed our trip to Big Art with a quick walk around the rest of the gallery; Meg was definitely more engaged than Eli which I think is an age thing.  She was much more interested in talking about the different styles of paintings and expressing her ideas about things she could do at home which would be similar. 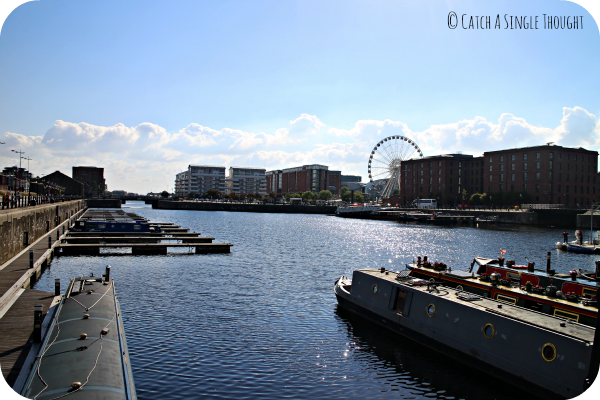 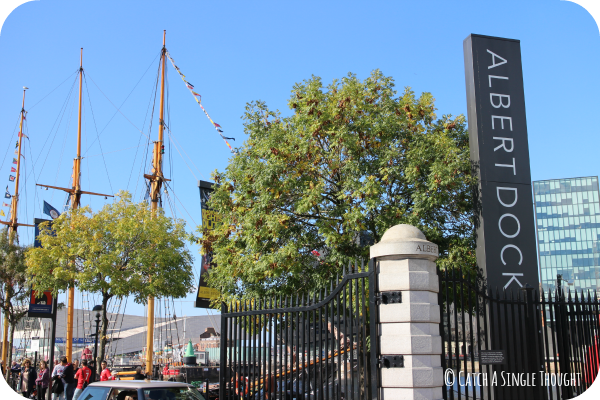 You could easily spend an entire day at the Dock.  I haven’t been down to the Dock in almost 10 years and they have done a lot to upgrade and renovate the space which was brilliant. 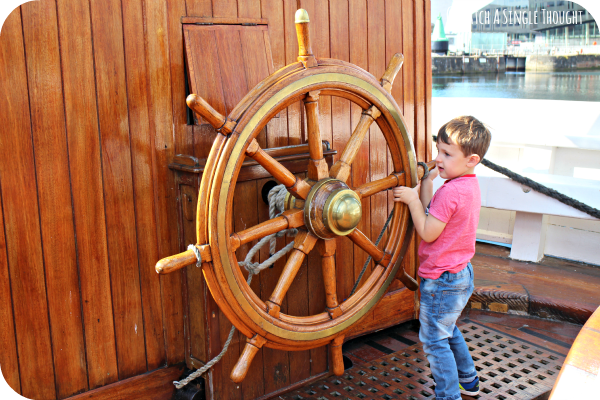 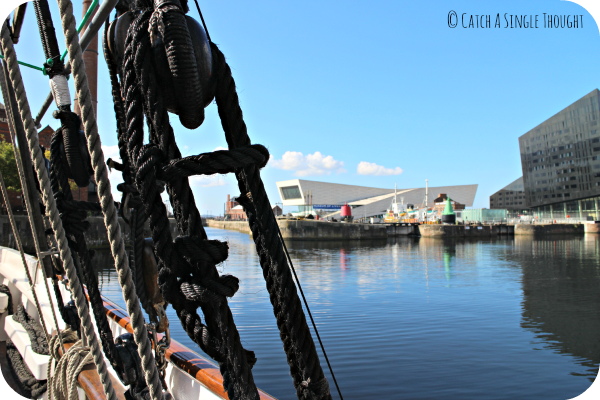 First we passed one of the tall ships which was docked at the entrance and just crying out to be explored; I think it cost us about £3 for us all to go on and have a little look around…this was something which was much more up Eli’s street and he was absolutely fascinated by every little detail, wanting to understand how the ship worked. 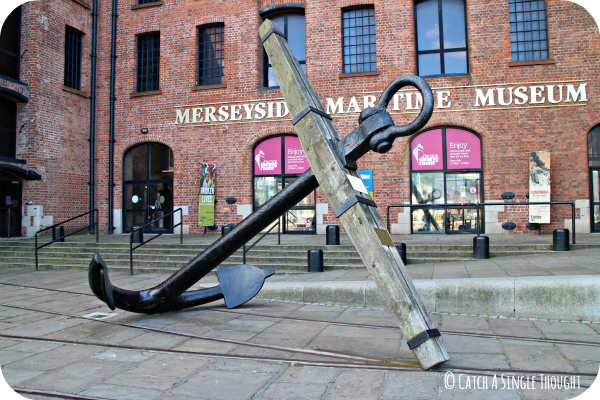 From here we walked down to the Merseyside Maritime Museum.  In my opinion this is a great option if you have children, there was absolutely masses to engage them.  Liverpool and Merseyside obviously have a huge seafaring heritage and this museum covers this history.  You can discover interesting facts about smuggling in the Seized! Gallery, walk through the docks as they were way back when and even learn the story of the Titanic. 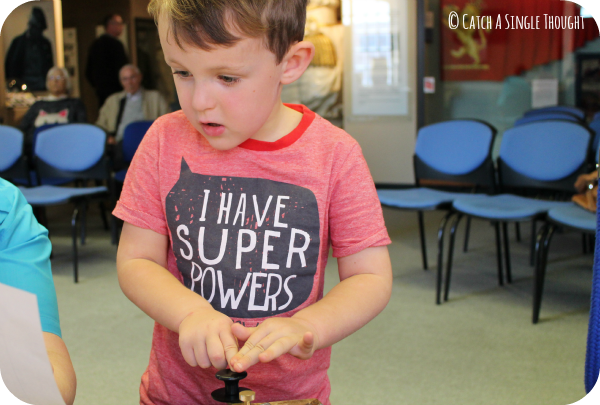 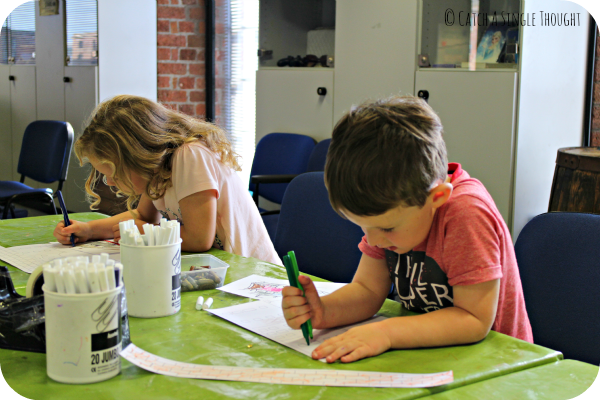 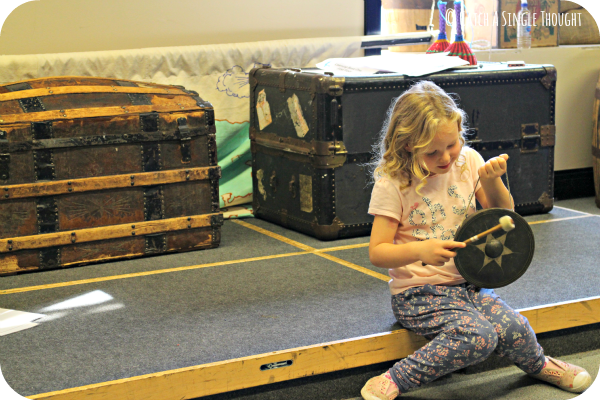 There were lots of activities for children including learning to write (sound?!) their name in morse code and crafting their own dock.  The staff were brilliant with Meg and Eli and incredibly helpful which we always appreciate. 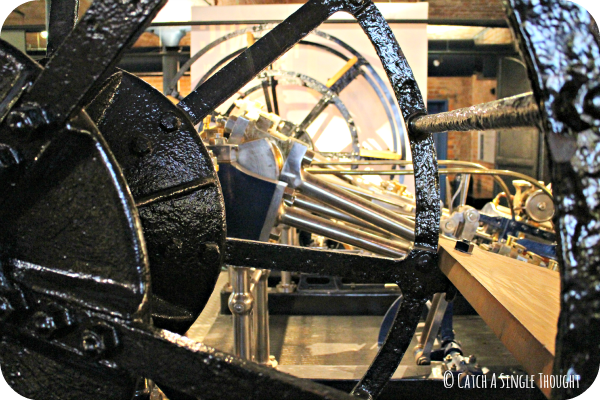 I liked that there were also interactive elements in the main galleries, so there was something to keep the children occupied whilst parents read and learned; we are both huge fans of museums (geeks) and it’s always hard when you have young children to not feel like you are just whirling your way through each exhibition or gallery without actually seeing anything and there was a nice balance at the Maritime Museum. 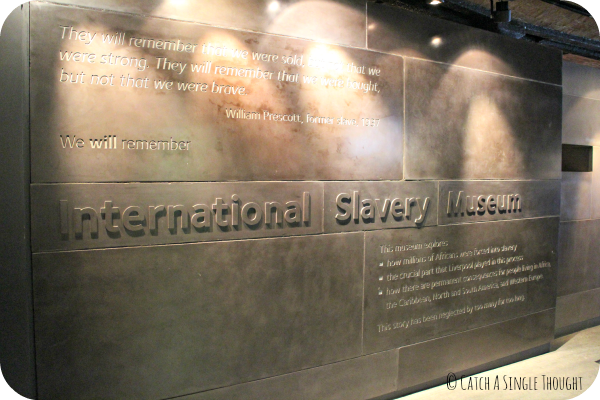 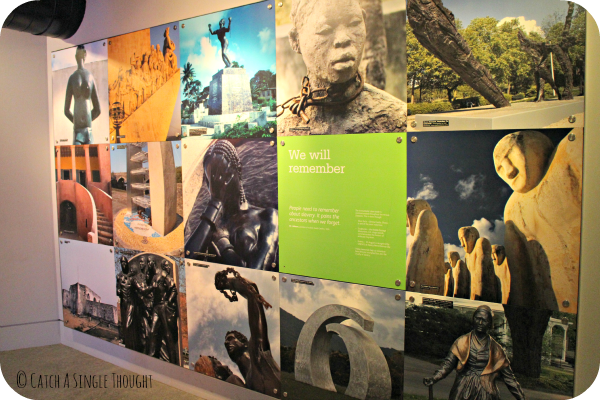 Situated within the Maritime Museum is the International Slavery Museum which we had a quick look around.  This was way over Meg and Eli’s heads but I would quite like to return to have a real in-depth look around.  I think this would be somewhere for older children, or even those who are studying slavery in school; it is certainly a fascinating and sensitive museum which I would have liked some more time to explore. 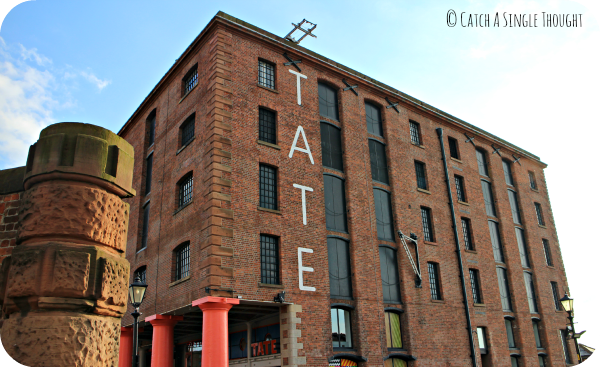 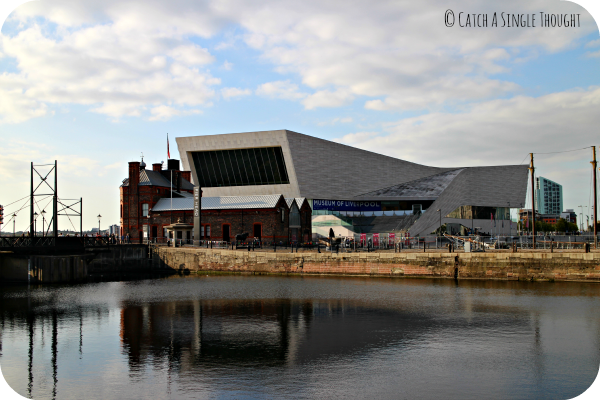 Also on the Dock is the Tate Liverpool and, as I mentioned above, the Museum of Liverpool which we will have to return to visit. 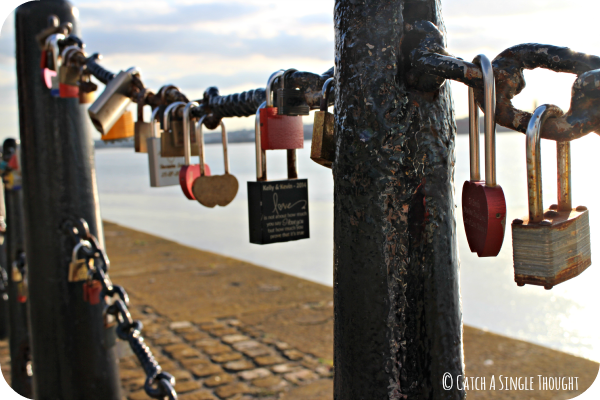 There are also plenty of stunning views across the Mersey and even a bridge of padlocks…of sorts. 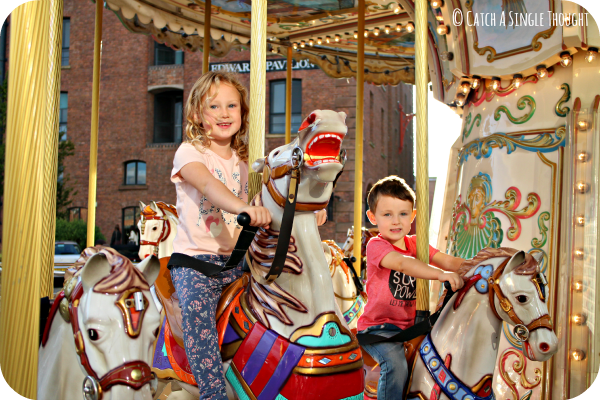 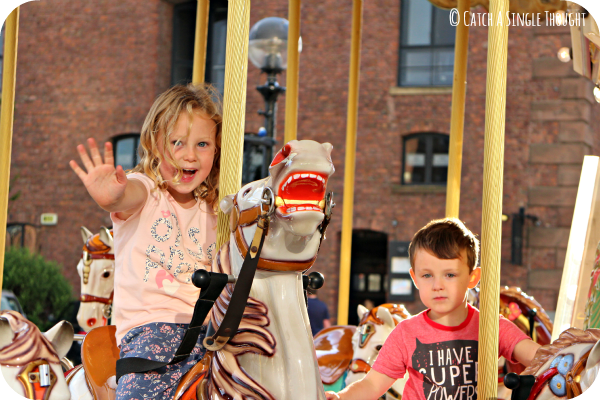 This is a real hub of the city and there are lots of restaurants and cafes, ice cream sellers, a merry go round and more.  We couldn’t have asked for better weather for our visit and even though it was late September the sun was shining and it was beautiful day.  Ideal when you are spending lots of time wandering outside.

I'm Jess. I'm a multi-award nominated blogger, thirty something mama of two wildlings, two rescue pups + far too many plants. I'm a bookish dreamer and content creator from the North-West of England.

In this space I share family life, travel inspiration, book reviews and plenty more. Grab a cuppa and stick around!