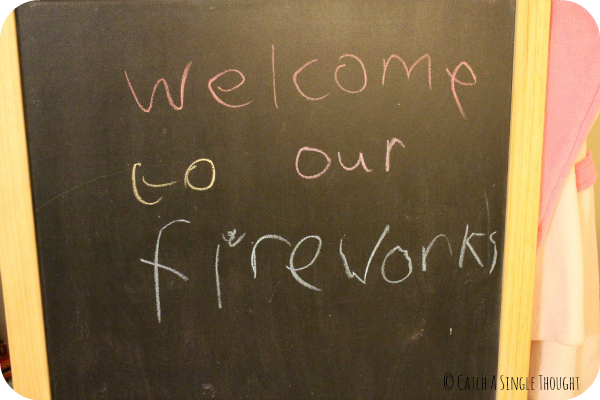 ‘Let’s have a firework housewarming party’ were the words I uttered to James just before we moved house a few weeks ago.  ‘I promise I won’t do anything extravagant.’

Of course that was before I got my hands on Pinterest and all the wonderful firework themed ideas found therein.  The idea behind having the housewarming just one week after moving was that it gave us something to work towards; we knew we needed to have our boxes unpacked and the house is some kind of order before we would let our friends come in.  It made sense! 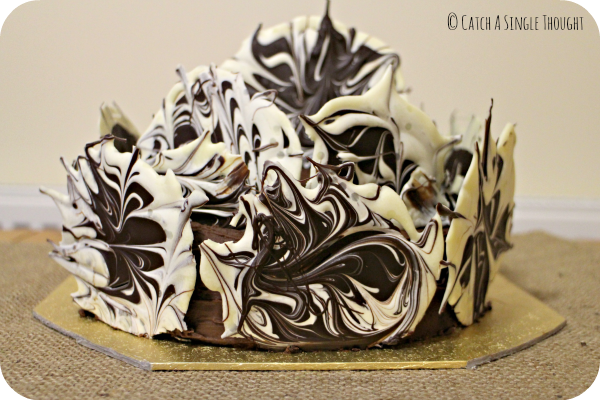 And whilst I sort of stuck to my promise, I did decide to have a go at working with chocolate, blending and creating marbled pieces to stick around a layered cake in an attempt to make it look like firework explosions.  It came somewhere in between being a little easier than I had imagined but not quite as simple as it first appeared.  My sponge was so soft that the chocolate pieces wouldn’t stand up as they were too heavy and once we clocked onto the idea that perhaps it would work better if we kept popped it into the fridge to let everything set that altered the colour of the chocolate slightly {I will post a tutorial of this cake soon} 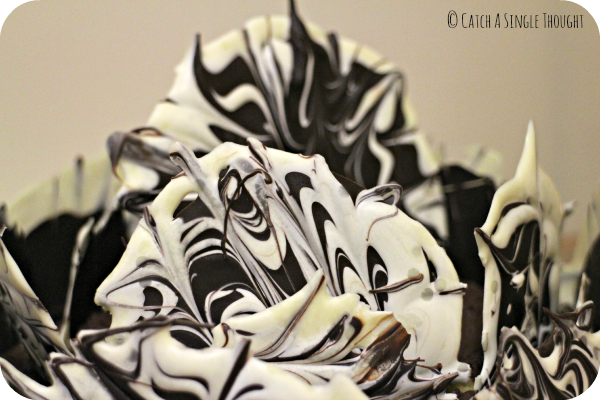 I think the overall effect wasn’t too displeasing though?  It certainly got plenty of compliments from our lovely guests. 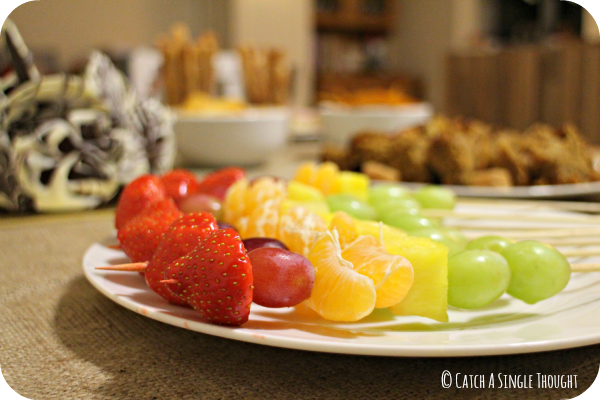 Other themed food included some firework fruit kabobs which went down an absolute treat with the kids.  I’m always surprised at how children will often choose the healthier options even on a table filled with sweet treats if they look a bit more interesting. 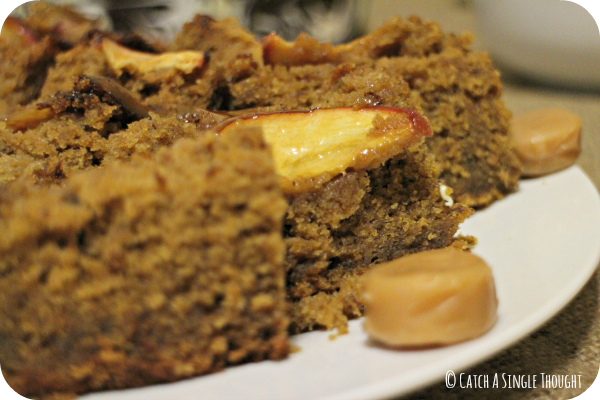 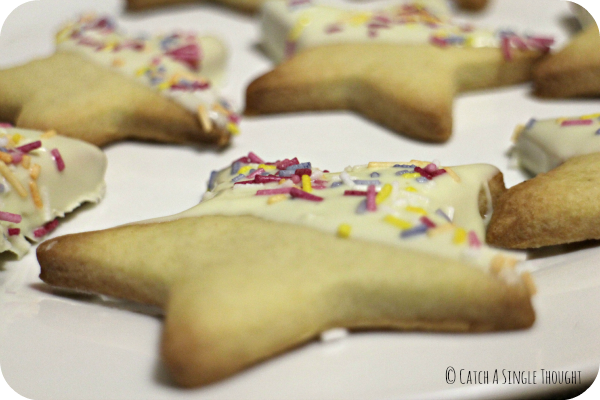 We also had bonfire logs, toffee apple cake and star biscuits.  Apart from the marbled cake, the majority of the bakes and treats were really straightforward and easy to make.

Halfway through baking on Sunday I realised that I had a great twee idea for serving savoury soup in tin cans so I have stored that away and will be looking for another excuse to hold another firework/outdoor party.  Maybe New Year’s Eve…watch this space.

The weather didn’t turn up for us and it was absolutely horrendous so we had to enjoy our fireworks and sparklers in two slots; whenever there was a break in the rain we shot outside. 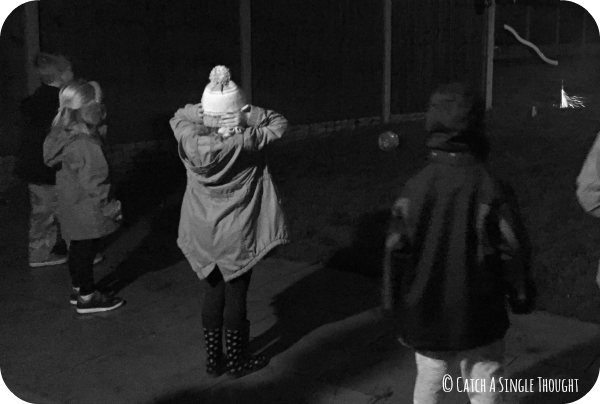 As you can see, Meg really enjoyed them. 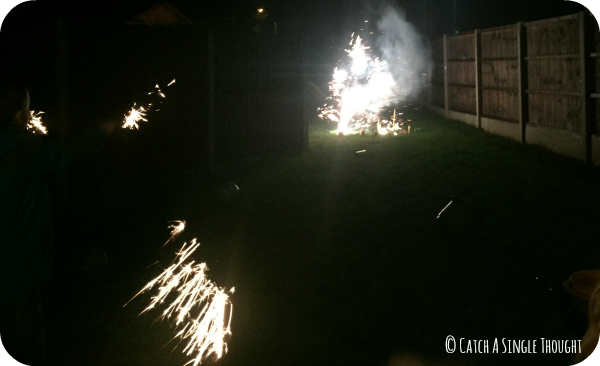 I was worried about the fireworks having read online that supermarket offerings this year weren’t great; the ones we used were from The Range and I was really impressed.  I would definitely buy them again.

The real draw though were the sparklers.  Some friends brought a whole load and we had some, the kids couldn’t get enough of them and must have gone through about 50-60 in the end.  Poor James was toiling away setting up the fireworks and letting them off and the kids only wanted to dance around waving their sparklers at some points!

Overall though we had a wonderful time and the two hours we had set aside for the party came and went and nobody wanted to go home!  It’s a shame it was a school night as I think everyone would have happily carried on chatting and playing long into the evening.

A real success I think and most shocking of all…I was expecting complete carnage upstairs as we had 10 children charging around upstairs and playing…but they all tidied up before they went home so there wasn’t even anything for us to do.

It was such a simple idea but it really worked well.  Here’s to next time (just don’t tell James)

The Ideal Home Show at Christmas