Last week I shared the first part of our recent trip to Norway which included our visit to the Viking Museum and Folk Museum on the peninsula of Bygdøy and the beginnings of our Saturday afternoon which included a quick stop at the Nobel Peace Museum.  You can read more about all of that here.

In some respects, we found Oslo to be quite like London; the public transport is very easy and simple to navigate and a great way of getting round the city but it’s also quite nice to walk around and take in some of the sights you might otherwise have missed if you just stuck to the tram, bus or metro, for example. 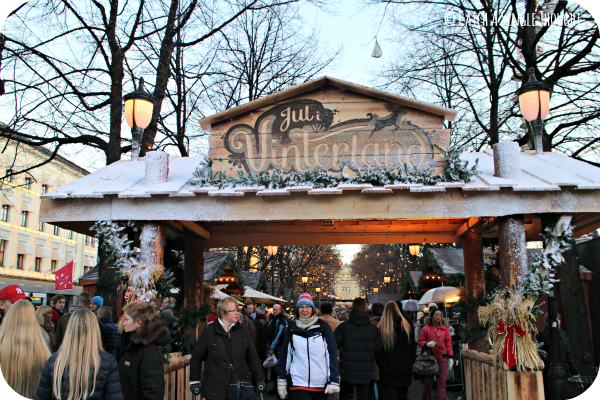 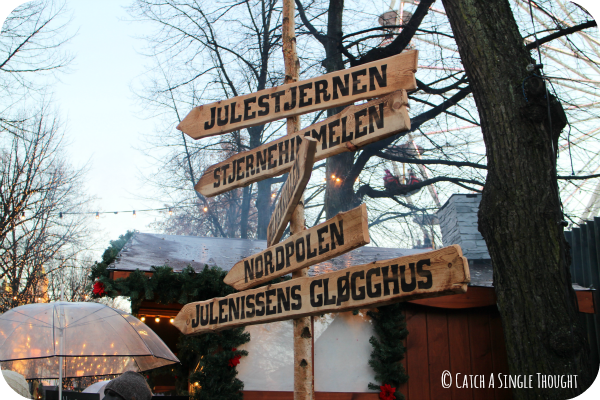 As we passed the Nationaltheatret we noticed, in the distance, a large ferris wheel which immediately got the kids attention so we meandered down towards it and discovered the delightful Jul Vinterland. 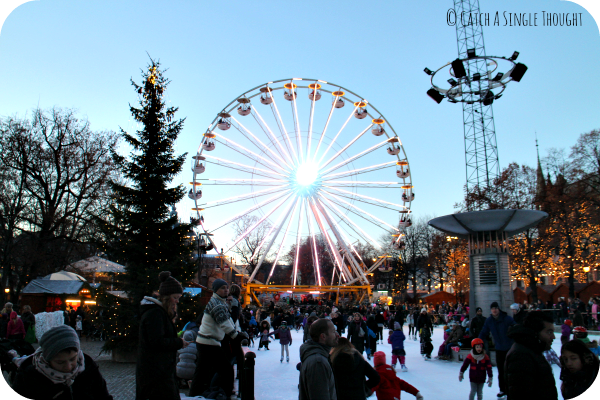 To say it was busy would be something of an understatement; it was rammed.  We couldn’t get anywhere near the stalls to see what was being sold but having already been to the Christmas Market at the Folk Museum we weren’t too disappointed by this.  Instead we bustled our way through, holding tight onto the kids until we got closer to the wheel.  On passing the wheel we discovered an ice skating rink.  Well, there was no way the kids were leaving without giving it a go. 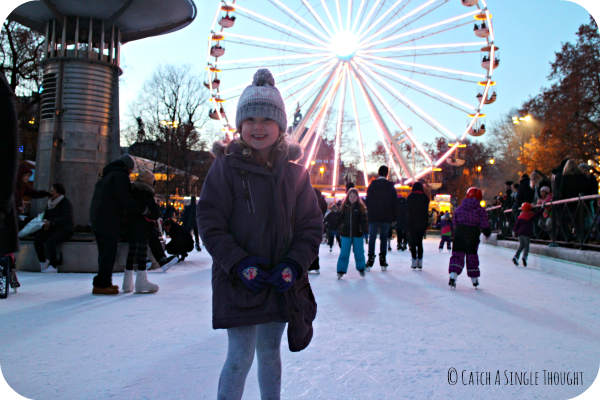 It was both Meg and Eli’s first time properly ice skating and although there were a few wet bums and ungainly tumbles after a while Meg had really started to get the hang of it.  Eli on the other hand was not a small person made for ice skating.  If you pop over to my Instagram account you’ll see a short video I shared of him.  I was standing on the sidelines on bag and photograph duty and I could barely breathe for laughing; he just couldn’t get the concept that he had to keep his legs still and get his balance before he started trying to skate.  As a child who lives his life on hyper-speed this didn’t come as much of a surprise!

Whilst we were enjoying ice skating the sun began to set and before long we were treated to the whole of Jul Vinterland beautifully illuminated.  Unfortunately with the setting of the sun so the temperature dropped again and as both Meg and Eli were wet from the skating we decided to call it a day and head back to the apartment. 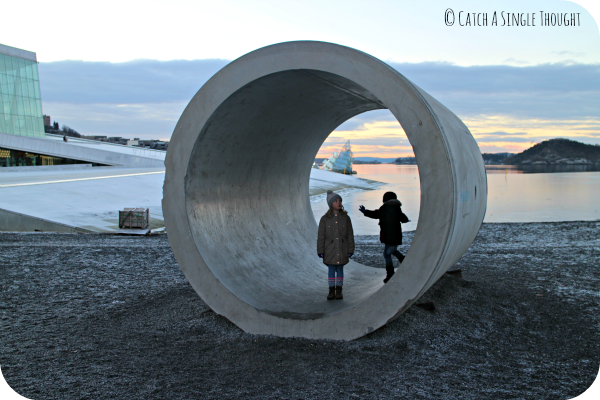 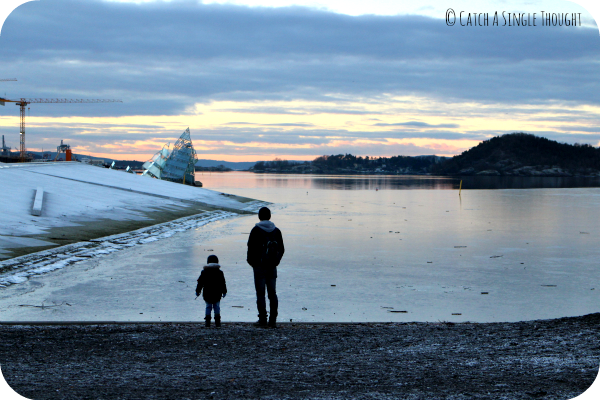 The following morning we were up early to make the most of our remaining time in the city.  Our train to the airport was booked for 3pm so we had much to do before it was time to go.  We decided to start with a visit to the Oslo Opera House; partly to please my interest in architecture and because I had heard there were some good views to be had.  We were so lucky in our timing, we got to watch the sun rise over the city and the kids got to see Bjørvika, a small inlet of Oslofjord frozen over which they thought was amazing. 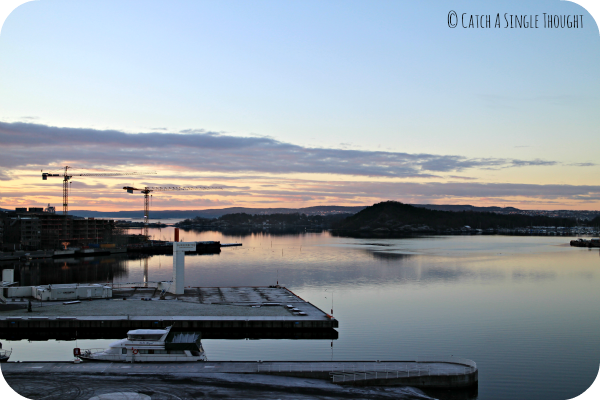 We braved the slippy ice and climbed to the top of the Opera House for the view across Bjørvika which was stunning. 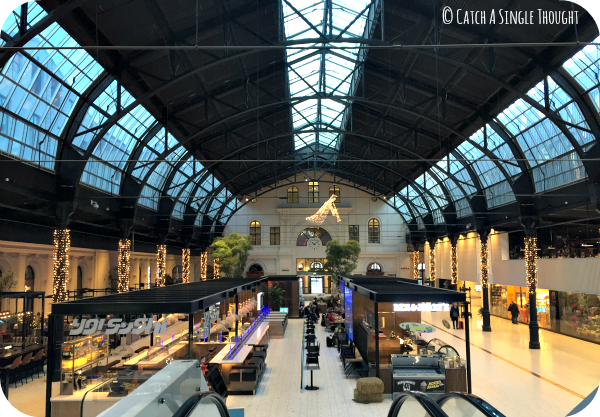 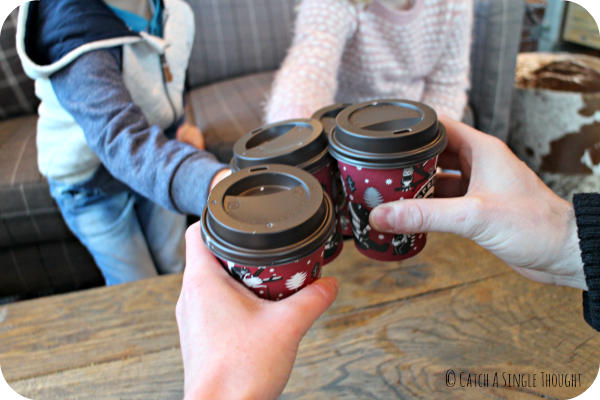 Afterwards we headed back into Oslo Central Station to grab a hot chocolate and warm up our frozen fingers before heading off to Vigeland Sculpture Park. 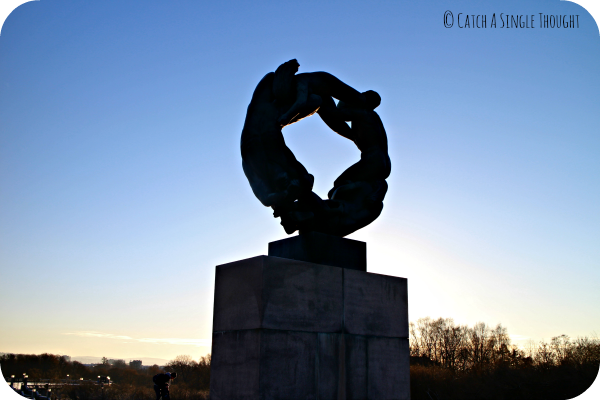 The Vigeland Sculpture Park was another attraction recommended to us and is the world’s largest sculpture park created by just one single artist.  There are over 200 sculptures created by Gustav Vigeland, and there is also a museum although we didn’t have time to visit that.  The sculptures were certainly interesting and raised a lot of questions from the kids, the main one being why no-one was wearing any clothing?! 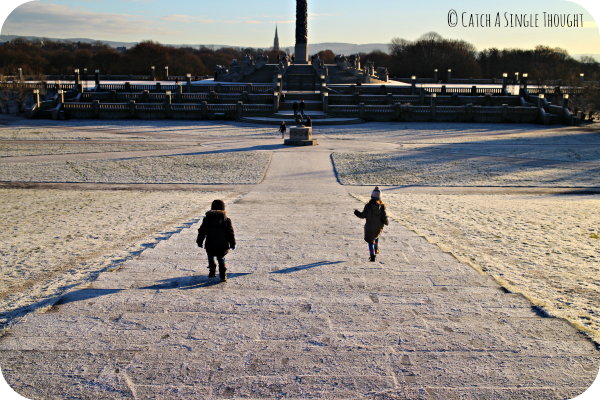 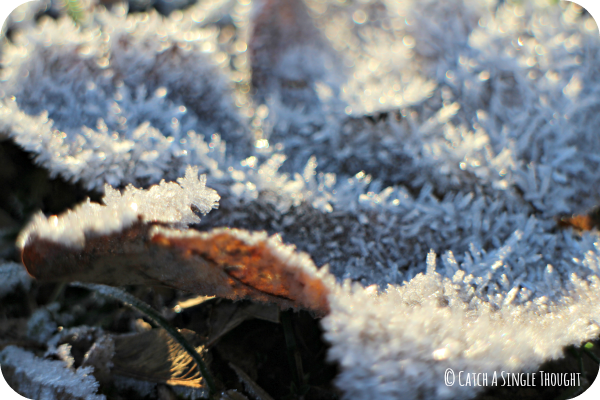 Despite the ‘rudeness’ of the sculptures it was a great choice to let the kids burn off some steam before our flight back home.  There was a little playground which, although somewhat hazardous from the ice, was still the perfect way to let the kids be kids.  Although they both enjoyed wandering round the city and exploring, they still needed the opportunity to just run around for a short while. 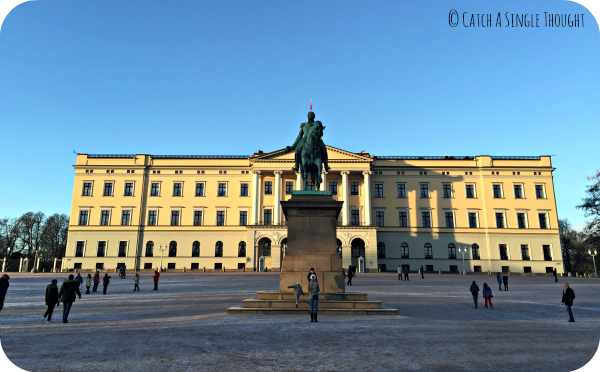 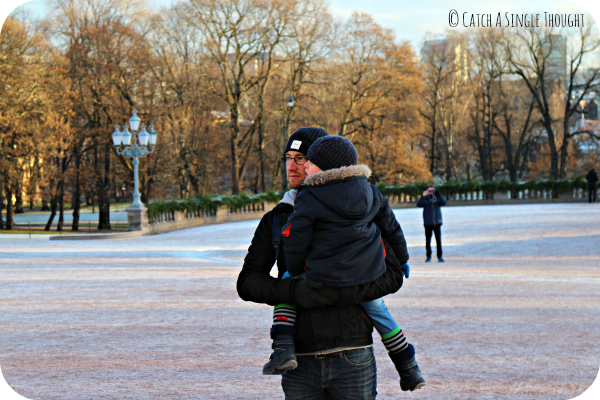 After Vigeland Park it was time to head back into the city and grab some lunch before heading back to the apartment and packing up.  We decided to head towards Karl Johans Gate which is the main street running through the city centre and have a visit to the Royal Palace on our way through.  One of Meg’s favourite things about London in the summer was our trip to Buckingham Palace so we knew this would be a winner with her.  Then it was on to find somewhere to eat. 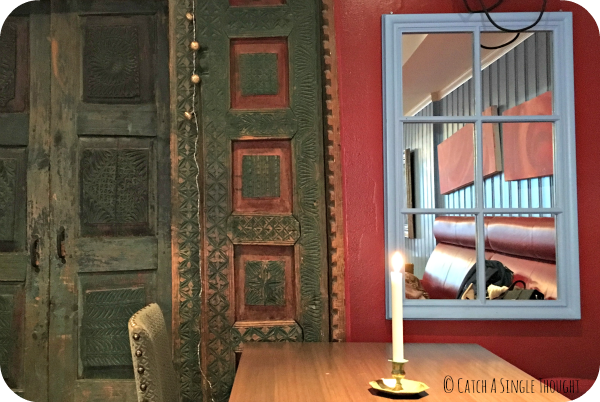 One thing it is definitely worth noting is that Oslo is expensive and so we had shied away from eating out to try and save money; we came across a wonderful little place called Tullins Cafe which was quite reasonably priced and served something the kids would eat so we decided to give it a try.  I would definitely recommend Tullins for anyone wanting to eat out in the city centre.

After Tullins we headed back to the apartment and then to Oslo Central Station and onto the airport and home.

We were all exhausted which I think shows because I didn’t take a single picture after we left the train station; but it was an absolutely fantastic weekend break and I would certainly love to go back.  We’ve heard that there is a train you can catch from Oslo to Bergen which takes you through the mountains and passed the fjords so that is definitely one to consider for next time!

Dickens, Bieber and a Christmas Jumper...#LittleLoves