Before we moved to the North West I would never have seen myself as the type of person who’d enjoy beach trips during winter in England.  To me, a visit to the beach was about soaking up the sun and appreciating the warm weather not bundled up in coat, hat and scarf, trying to shout above the brisk winds to make myself heard and stop the children from going in the freezing cold sea.

Now, however, I love it and I think there is lots to be said for going to a seaside town during the colder months.  Admittedly not everything will be open but:-

– attractions which are open will be a lot less busy;
-the lighting will be perfect for good photos as the sun sits lower in the sky and sets earlier (hello golden hour)
– the beach will be pretty much deserted leaving you with vast stretches all to yourself

Although we live in a seaside town, we decided to venture further afield recently and visit Lytham St Annes.  I know from reading around that Lytham gets very busy in the summer so it seemed like the perfect season to visit and check it out for ourselves whilst the majority of sightseers were off somewhere much warmer.

We arrived by car and found ample parking; driving along the seafront there are a number of pay and display car parks or, if you are lucky enough to find a space, on road parking which costs nothing.

The first thing it’s probably worth pointing out is that Lytham and St Annes are two different places.  Although the area is commonly referred to as Lytham St Annes (just to confuse people who aren’t local) they are two different seaside towns which are situated along the same picturesque stretch of coastline.  So we stopped off first in Lytham. 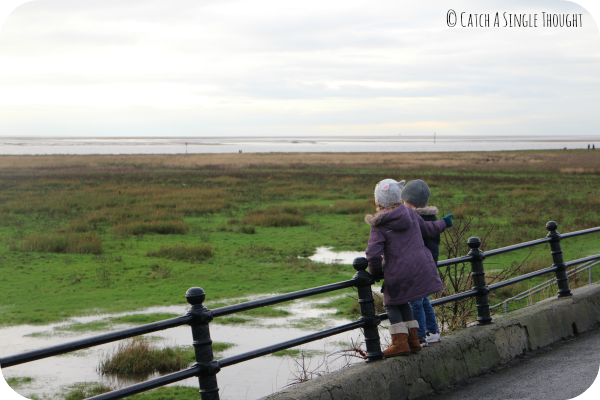 There isn’t a beach per-se in Lytham, as you can see it’s more marshland than sand, but there is still plenty to see. 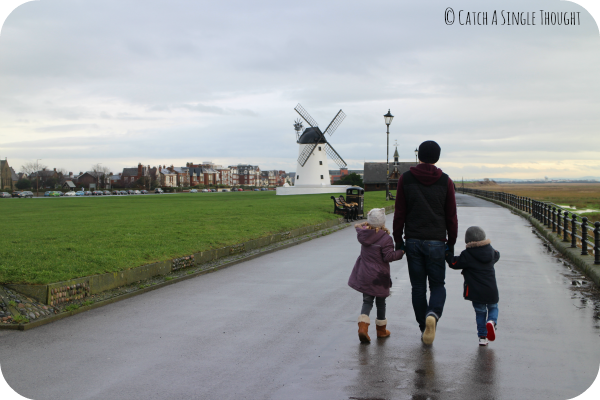 First up for us was the historic windmill.  You can get access to the windmill at Easter and then from the late May Bank Holiday until September but it’s best to check on the Visit Lancashire website as opening times do vary.  Obviously visiting in January meant that this landmark windmill was closed but it was still pretty interesting to get up close and see it. 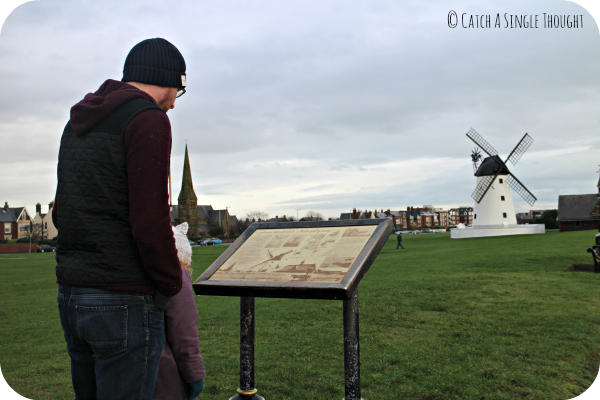 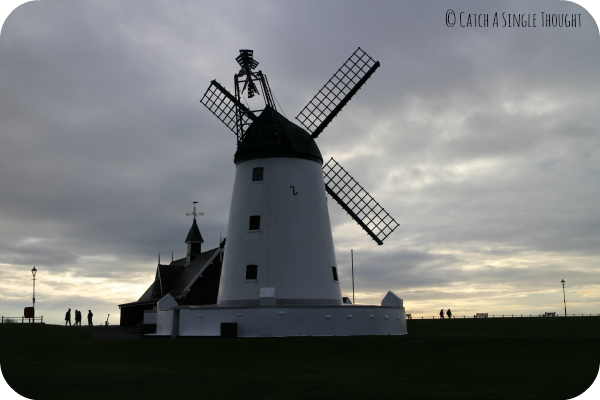 Just a few steps away there was a board which provided us with enough information about the windmill to keep the kids interested. 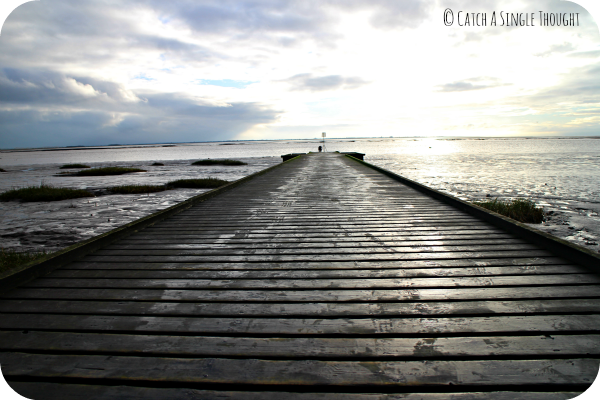 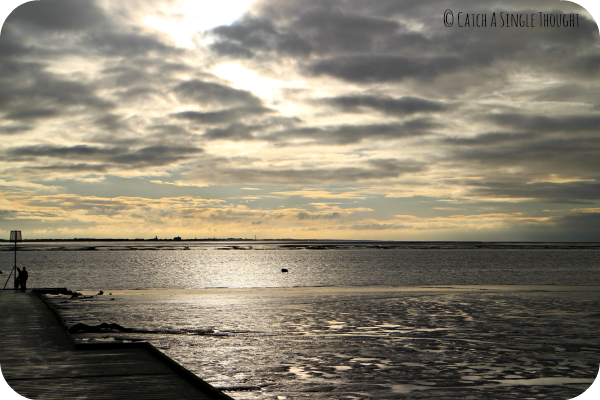 A bit further down from the windmill is Lytham’s jetty which stretches out right onto the beach.  The beach here looked a bit boggy so we avoided going down onto the sand and contented ourselves with spotting features over in Southport. 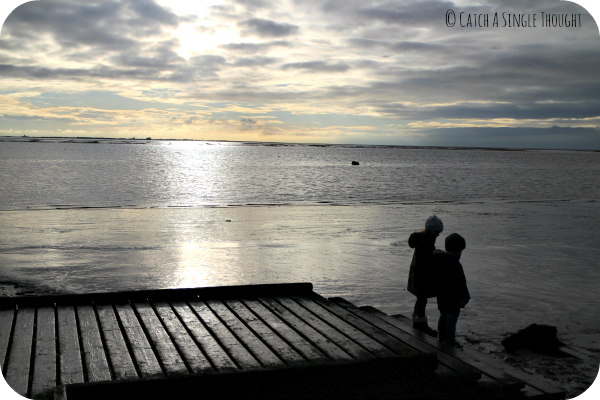 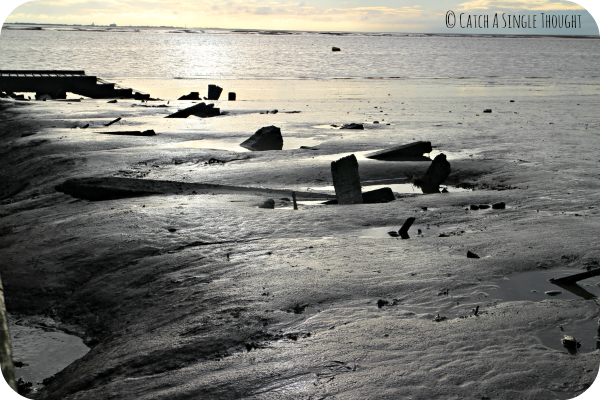 Meg and Eli were desperate to get onto the beach but it just wasn’t the right sort of sand.  We had to tell them it was sinking sand and then they had great fun spotting all the driftwood and debris which were in various stages of ‘sinking’.

After we’d walked along the jetty we decided to head into Lytham’s centre to enjoy a warming drink.  There are lots of little independent shops and coffee shops which was nice and the centre is quite compact too.  We chose The Coffee Bean to have a drink and a cream cake each and it was very tasty and reasonably priced too which kept every member of the family happy! 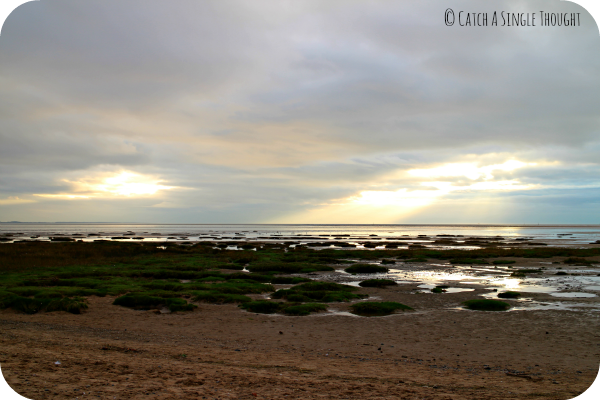 After that it was on to St Annes to see what was on offer there.  Here’s the place you want to head for a beach that can be walked upon although Eli was disappointed that there is a real lack of sand dunes unlike further down the coast towards Ainsdale and Formby. 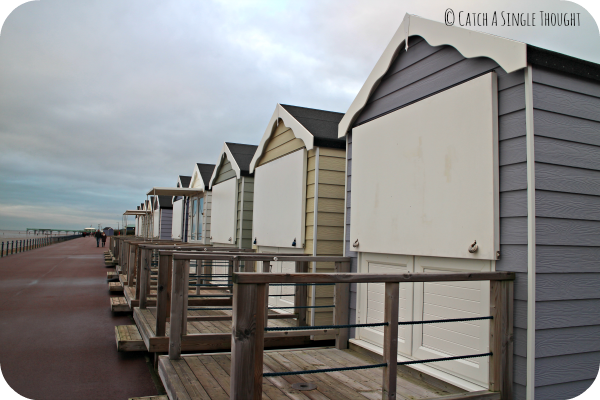 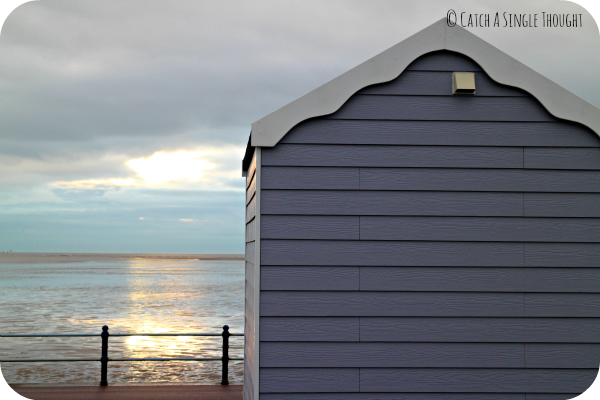 In St Annes there is also the Victorian Pier and the St Annes Beach Huts which can be hired out and (having taken a sneaky peek at one which was open) look absolutely gorgeous.  Think kitsch decor, the huts themselves being pastel colours and then Cath Kidston-esque interiors with all the mod-cons you could need.  I’ve added hiring one to my list of potential ideas for my birthday as I think hiring one for the day (and evening) would be fantastic. 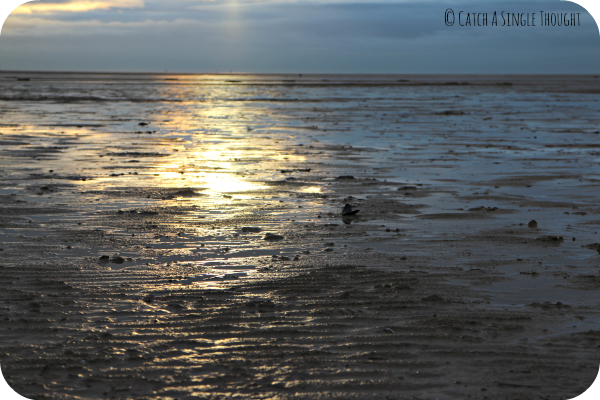 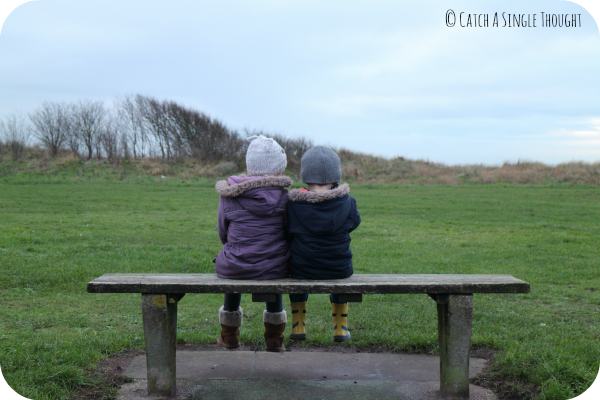 By the time we had walked along past the huts towards the pier, the sun was well and truly setting and the temperature had dropped so it was time to head back to the car.  As we drove back we passed a boating lake and a number of pretty looking parks which would be well worth exploring on a future day, perhaps when spring arrives and the temperatures aren’t quite so bitter!

Simple Things, Glee and Getting Outdoors...#LittleLoves

A Great Book, A New Dress and Old Music...#LittleLoves