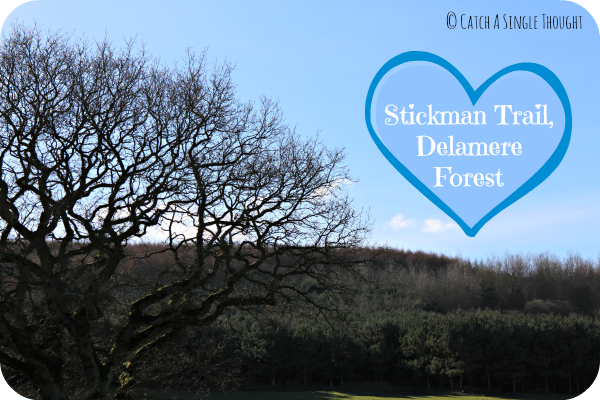 It has been just over 2 years since we completed our first Stick Man trail at Delamere Forest and we had a fantastic time; when we heard that the Forestry Commission were bringing the trails back this year we knew we had to go along. 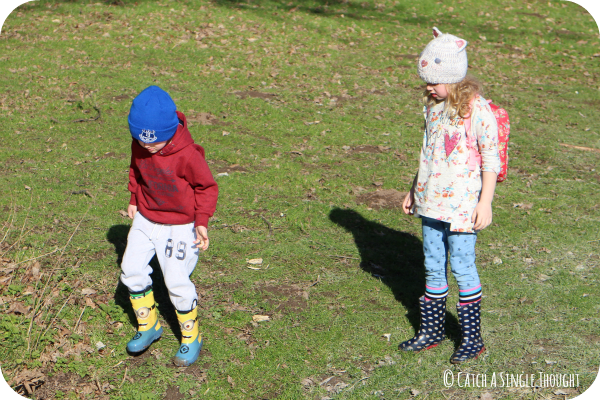 It was a beautifully clear day which meant that when the sun was out you really felt warm but as it began to set it soon got cold.  We wrapped up warm and headed out, prepared to only manage an hour or two outside before the cold was nipping at our noses and fingers.  Surprisingly it was quite busy when we arrived and although there were signs that the main car park was closed we managed to nab a free space. 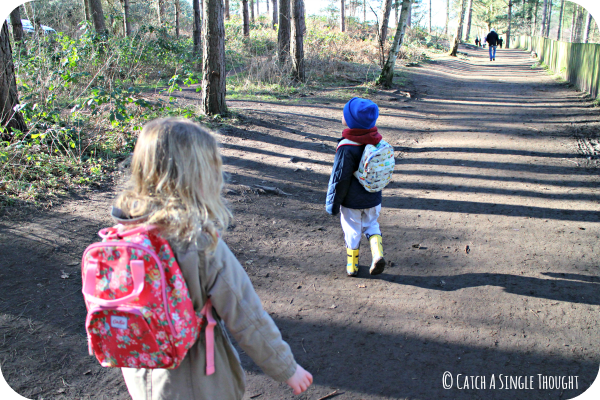 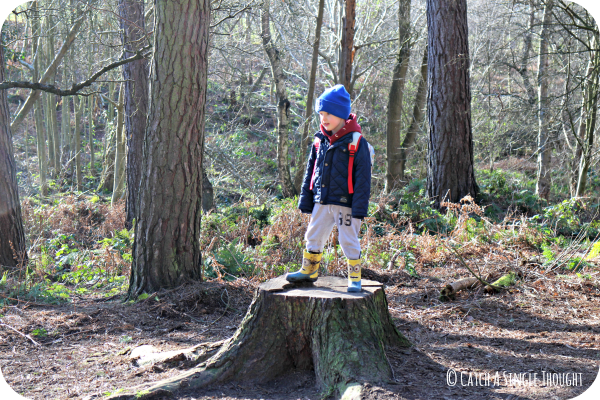 At Delamere they have made some slight changes to the previous Stick Man trail; it’s now in a totally different, newly engineered place which we missed on our way in! 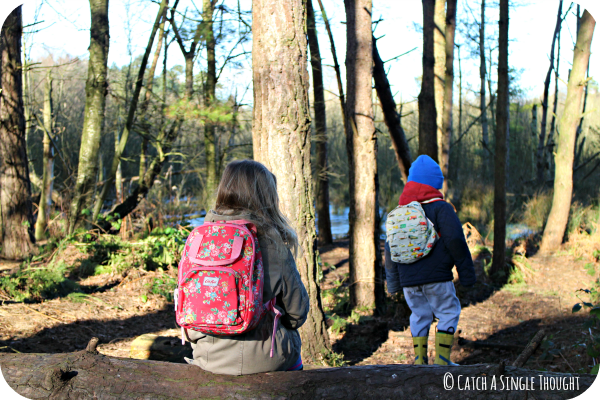 We ended up following the Gruffalo orienteering trail instead to begin with but this was fine as it meant we got to explore the forest which the new Stick Man trail is now not a part of. 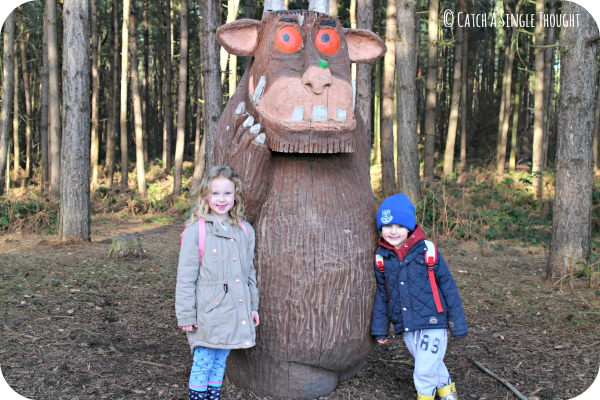 Gruffalo trail (accidentally) complete we made our way to the Stick Man trail.  The changes mean that the trail can now stay open until June which is good news for those who don’t fancy heading to the muddy woods in the colder weather. 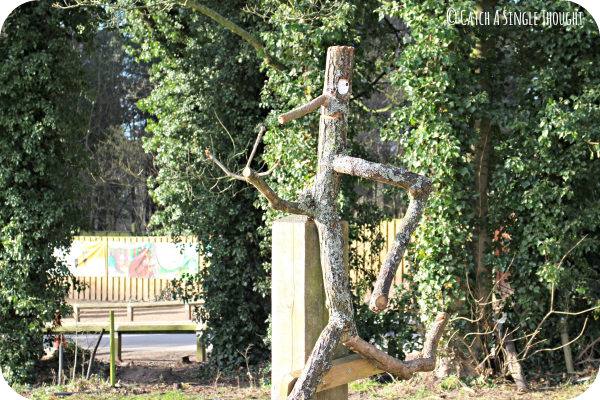 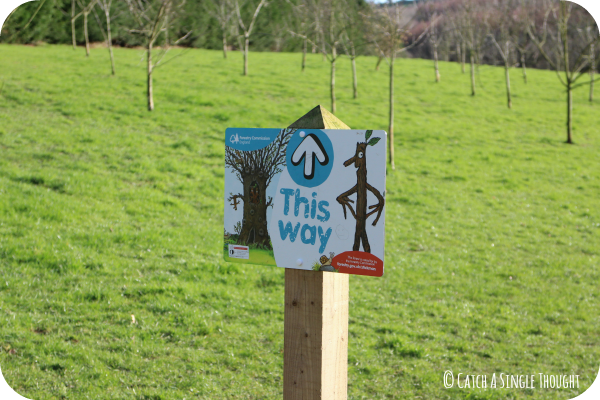 Stick Man packs are available from the cafe near the Visitor Centre and these contain a number of activities for children to complete as they follow the trail around.  The boards dotted around the trail also encourage children to look around them and engage with nature.

There isn’t much going on around the trail now it isn’t part of the forest so if you want to do some den building or head off the path at all you would need to complete the trail and then walk to one of the paths leading into the main part of the forest.  Obviously we did this the other way round and it was fine although Eli was flagging a little bit by the end. 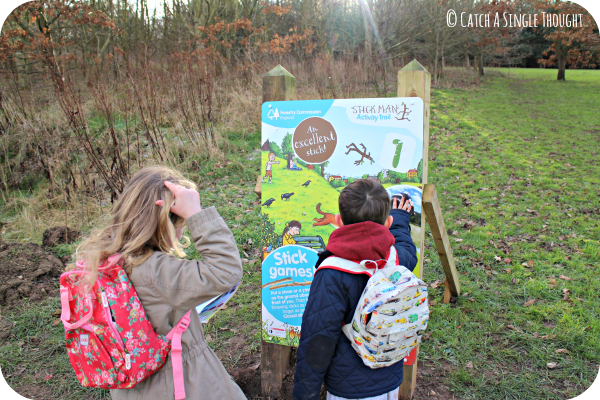 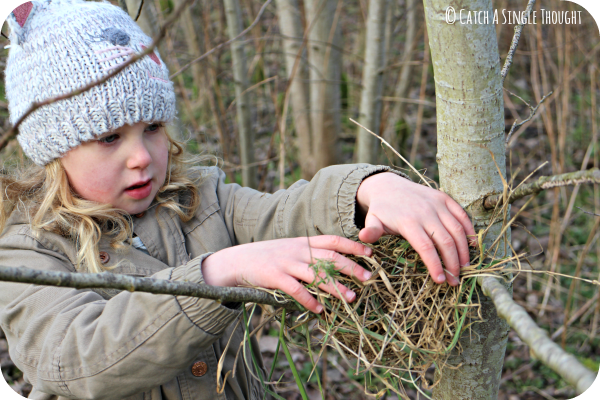 Completing the booklet in the pack and the different activities on the boards took about 45 minutes but we were the only ones on the trail as it was the end of the day.  I imagine it might take longer if you were to go at a busier time of day.  All of the activities are related to nature and the woods around and involve the likes of building a bird nest, creating a stick tower and making your very own Stick Man or Stick Lady. 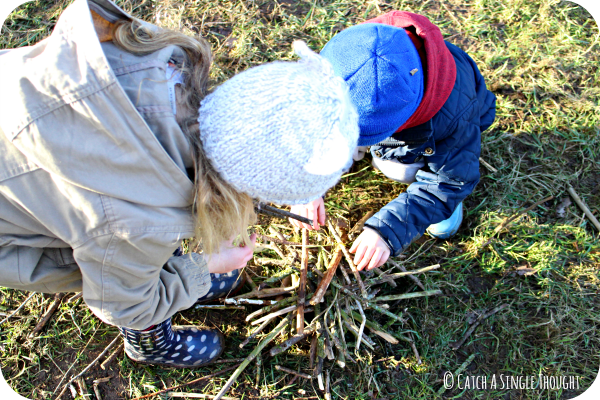 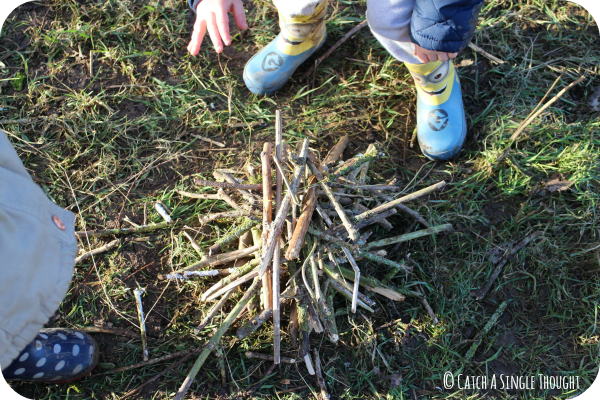 Overall with the trip round the woods and the Stick Man trail we were kept occupied for a couple of hours which was great.  In the colder months I find that we don’t manage to be out for as long unless we are doing something fun; the muddier and colder the kids get the less compliant they are about walking around so I think 2-3 hours was a great run.

You can find your nearest Stick Man trail here.