The Most Ordinary Days…

There have been more times than I can think when life has been crazily hectic.  It seems to come and go in peaks and troughs; sometimes we barely seem to be home and then other times we are just found pottering around the house.  The last couple of weeks have definitely been the latter.

I don’t know whether it is the ‘calm before the storm’, so to speak as we are edging ever closer to big birthday season…all our birthdays follow one after the other and we barely have time to come up for air before we are scurrying around planning the next happy occasion…or whether it happens to be just one of those things.  One of those times when we are more likely to be found at home doing odd jobs and sorting bits and bobs rather than haring from one place to the next.

I am not so great at having nothing to do.  I am very much a ‘next stage’ person, always looking ahead, planning for whatever might come around the corner and it’s been a real challenge for me to learn to just sit back and appreciate the more peaceful times.  It isn’t even that we haven’t been doing anything, I’ve been to a number of conferences, we’ve been out and about seeing family and friends, attending school events and so on but nothing which could be categorised as extraordinary.  Which I suppose is the real nub of it; I want an adventure!

All that said, I am learning to have patience on the most ordinary of days.  To realise that we don’t need to rush from A to B but we can take our time and savour the periods of our lives when there isn’t that much pressure on us.  To spend time as a family…not doing much of anything and yet still making those sweet memories which we can all look back on in years to come.

I found this particularly challenging on Wednesday when James and I went for a spa day and afternoon tea.  I seem to have become worse at just sitting and was twiddling my thumbs after a short while.  Of course James is even worse than me and did several circuits of the facilities before we headed off for our afternoon tea and prosecco treat!  Yet there was still something nice about slowing down for a day; and just taking some time out to be with each other.  The relaxing side obviously worked as well; I came home feeling as though I could sleep for a week. 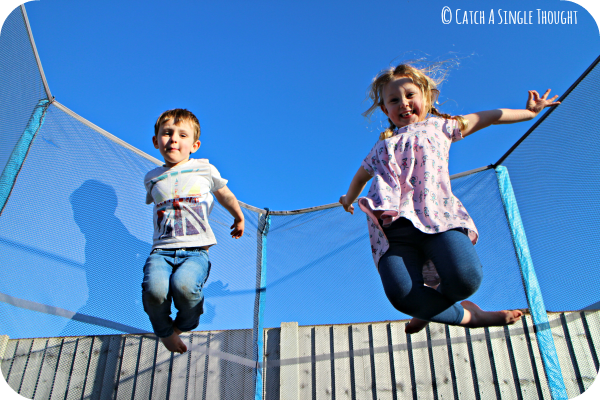 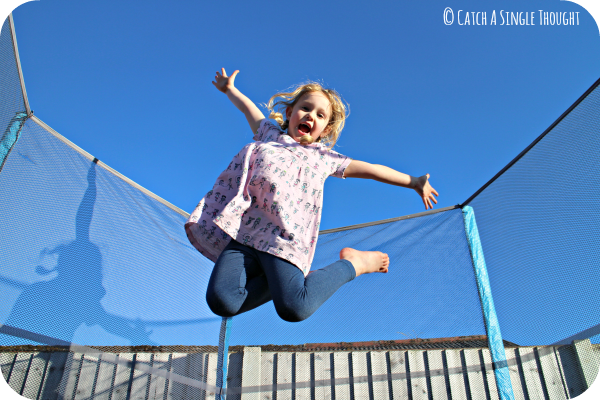 Other little things ordinary yet somehow special things this week have included James setting the trampoline up which has proven very popular with Meg and Eli.  We has one blissful day of sunshine on Thursday when they could head straight outside after school and then we returned to rain, rain and a little more rain for good measure.  I am hoping with the Easter holidays looming that the weather bucks up its ideas! 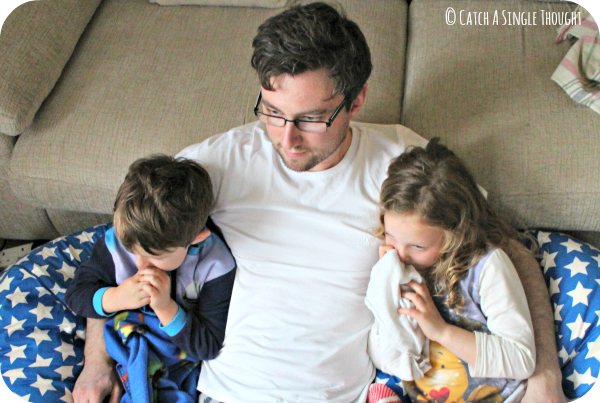 Sunday evening we decided to set up a little home cinema as a treat for Meg and Eli and watch the first Harry Potter movie.  It was by no means an huge endeavour but even this simple thing lit their faces right up.  We gave them small tokens which they could exchange for popcorn and we made the room as dark as possible (which was helped an awful lot by the miserable grey rain clouds which settled during the afternoon) – Meg was totally transfixed by the film whereas Eli’s opinion was that it was ‘okay but not Star Wars’ a pretty standard response from him at the moment.

I know and am trying to appreciate these snatched moments.  These most ordinary of days when it seems like not a lot is happening but actually just getting to be together as a family means that really it is.

Spend the Day in Greenwich