Prior to having the children, getting fit wasn’t something I ever really thought about.  I suppose it was somewhere at the back of my mind but having been quite sporty in school and then walking to work for a good few years, I always thought I’d got the ‘being fit’ thing covered.

Cue two pregnancies and a couple of years later and I began to realise just how unfit I had actually allowed myself to become.  I probably began to notice it around the time I became unwell.  I had dabbled in a few bits and pieces here and there; yoga, pilates, the 30 Day Shred…but nothing had really ‘stuck’.  Both Meg and Eli are very active and I began to find it harder and harder to keep up with them.  I love playing sport and there is nothing worse than finding yourself out of breath after just 10 minutes!

When a close friend decided to take up spinning class and invited me along I was dubious.  I had heard no good things about spinning and I dodged the invitation for a couple of weeks before I thought…why not?!  Although perhaps if I’d known ahead of time how it would feel that first week I would never have signed up to go along!

I enjoyed the pace and the feeling of getting lost in the music but clearly there were muscles in my legs and arms which hadn’t seen use in far too long.  I spent the entire following week not being able to get up and down the stairs without tears stinging my eyes and sitting and standing was an adventure in itself!  I don’t think it had helped that I hadn’t had the right kit; my trainers were yoga trainers and not properly padded so as well as my aching legs and my bruised arms, I had sore feet to contend with!

But you know what?  I stuck with it.  I equipped myself with the right exercise gear and I kept pushing myself to go each week.  The rumours are entirely true; I don’t think it ever gets easier and some weeks I feel like I might actually topple sideways off my bike but I am certainly beginning to notice a difference.  My recovery rate is much better and I recently signed up to a local gym which I have been going to a couple of times a week.

There must be something going on too as I recently treated myself to some new running leggings over a new summer top.  I can’t think of when that would even have been something I’d thought about!

Some weeks I have to really push myself to go but as much as the stories about how hard spinning class is, so are the stories about how great you feel about yourself once you start exercising.  I feel happier within myself, I have more energy, more get-go and last week I ran headfirst down a steep dune without a second thought and I wasn’t even slightly out of breath. 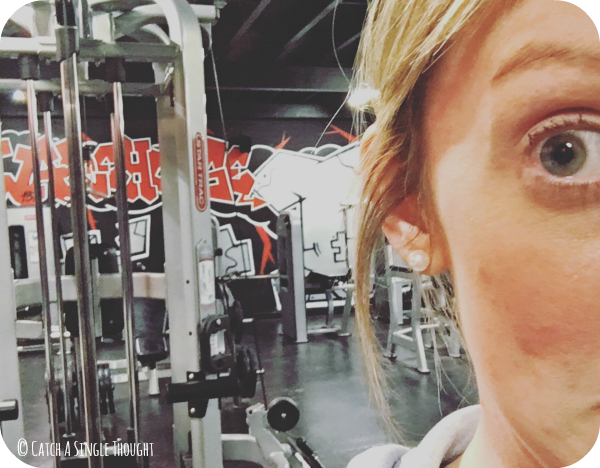 I did share this picture the other week after we went to the gym with another friend and she really put us through our paces…who knew a plank could hurt so much?!  I can’t deny that it doesn’t still hurt but it always, always feels great once I come home and can sit down with a cup of tea knowing that I went to the gym and earned it!

I’m so pleased I decided to start getting fit and I hope that I can keep up the momentum!

Hooray, It's The Holidays!