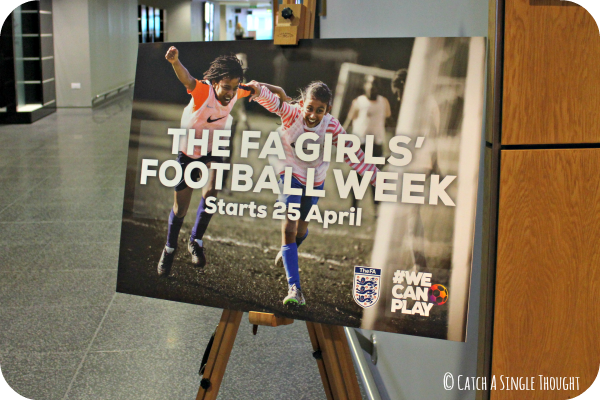 Last week we were lucky enough to be invited down to London for an event being hosted by the the FA in connection with Girls’ Football Week which takes place the week beginning 25th April.  The aim of FA Girl’s Football Week is to help raise awareness of the opportunities for girls to play football locally, to drive participation by girls in the sport and to encourage changes in perception by both parents and the children themselves.

Last year the FA launched a campaign known as #WeCanPlay to help challenge perceptions and demonstrate that girls can play football just as much as boys can. 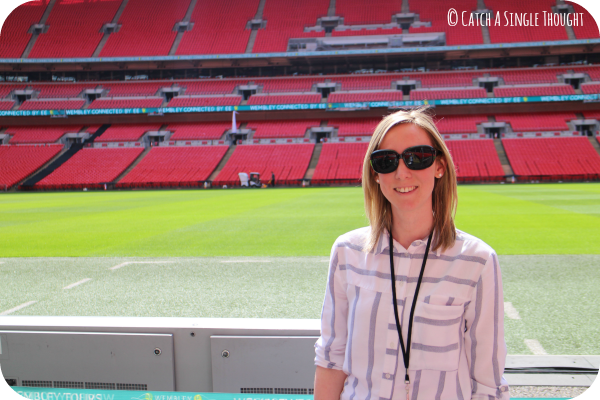 I was quite sporty all through school and played on every single school team right up until I left in Year 11, including football, so I was quite surprised to see statistics (from girls surveyed by the FA) which suggested that just over half of them felt football was a game they could be involved with, unlike netball and tennis.  I find this such a disheartening piece of information and think that both girls and boys should be encouraged to take part in as many different sports and activities as possible.

Primarily it was Meg who received the invitation to the FA event, but we all tagged along for the experience (because who would say no?!).  We were treated to a tour of Wembley Stadium, given the opportunity to meet with ex-England and current Arsenal player, Kelly Smith as well as having fun with some football coaches at the end. 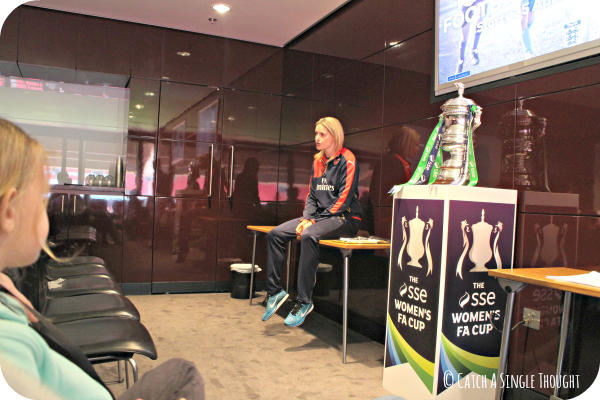 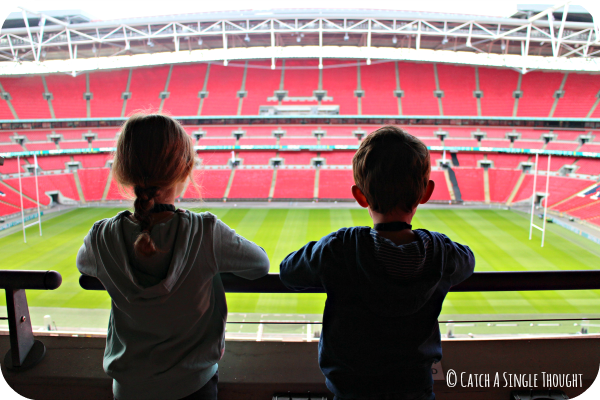 I can’t start the post other than by saying it was an amazing day.  From the gorgeous weather right through to Kelly’s inspirational talk explaining how much she had to overcome in order to be taken seriously as a girl playing football, it was an all round fantastic day. 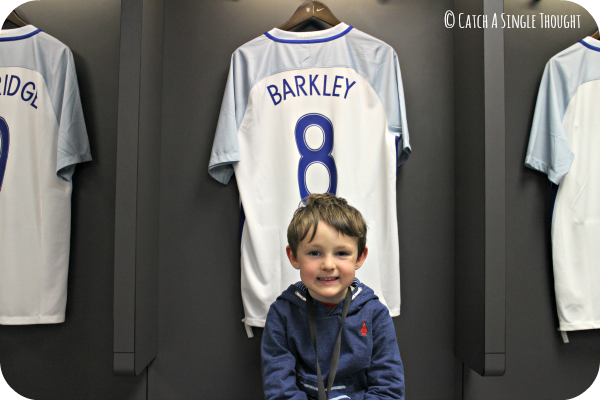 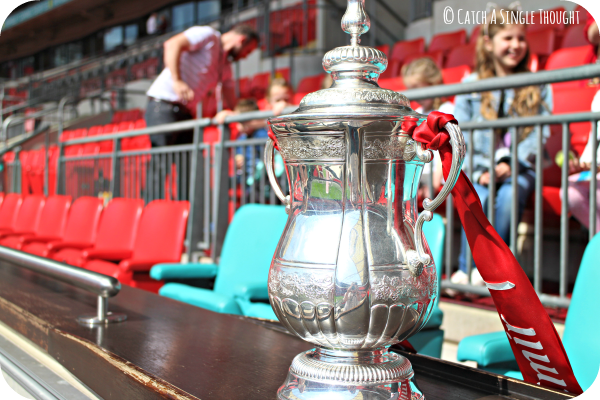 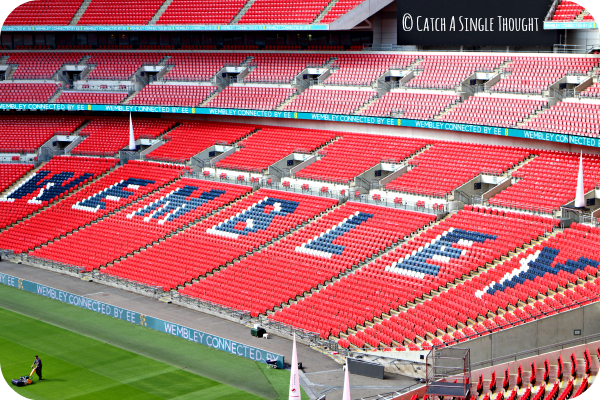 The tour itself was a huge highlight, particularly for James who is a massive football fan although I was excited to spot a Rugby World Cup 2015 All Blacks shirt in the changing rooms…I think I may have been the only person taking a selfie with it though… 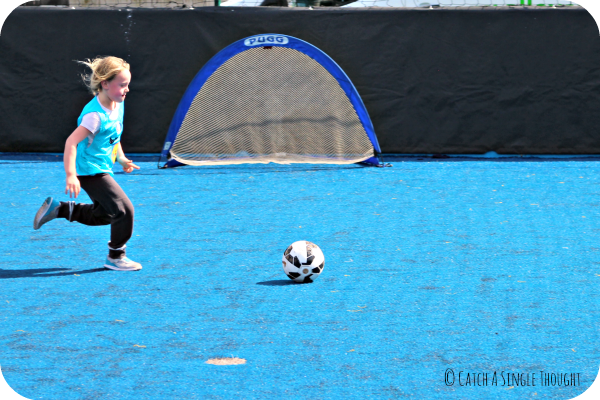 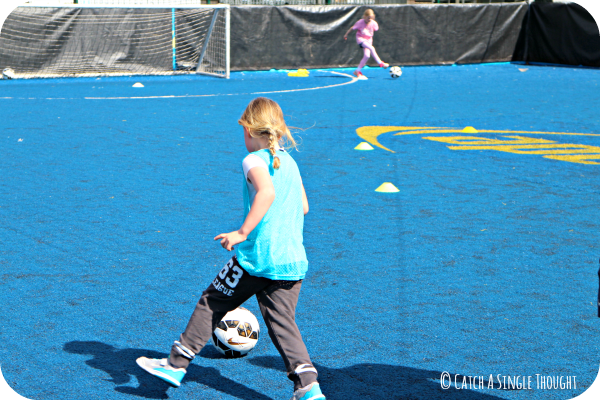 Eli recently joined a local football team but it isn’t something that we had particularly thought about for Meg.  Partly because we didn’t think she would be interested but also because she is into gymnastics and swimming and seems to be very good at those two things.  Watching her train with the coaches at the end was something of an eye-opener and we were really pleased to watch her getting involved even if she fell over a few too many times! 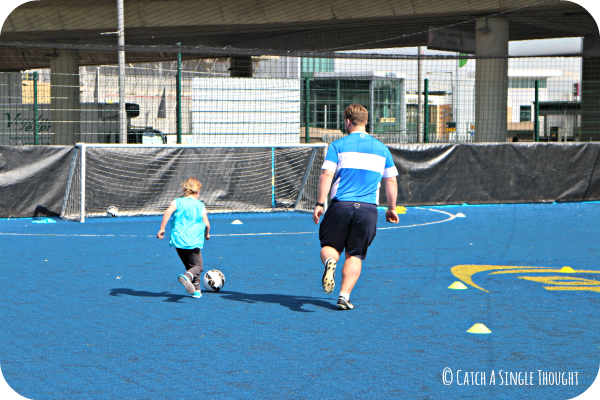 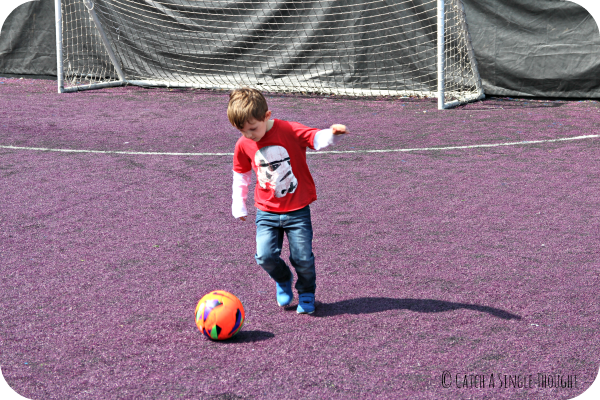 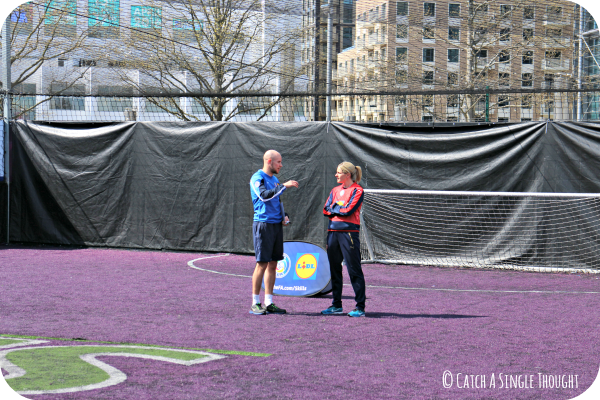 Talking about it with her afterwards, she was really spurred on to get involved and have a go; I wasn’t sure whether Eli’s team was a mixed team although I know it is something they have talked about so I used the Play Football search engine on the FA’s website so look for local mixed teams.  I was actually really pleasantly surprised to see that there are so many and so if Eli’s team don’t offer opportunities for Meg then we have other options to explore.  To be honest, it wasn’t something I was expecting given the remote area we live in so I was glad there are the chances out there if girls want them! 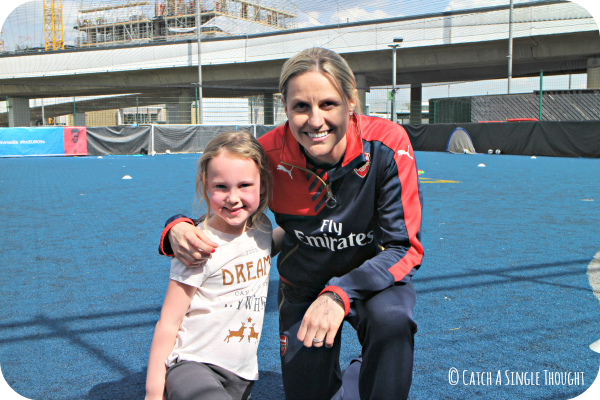 Overall we had such an amazing day;  not just because we were given the chance to tour Wembley and meet Kelly Smith but also because it a real eye-opener in terms of needing support for Women’s Football and the importance of raising awareness.

A huge thank you to everyone involved with organising and running the day.  We had a great time.