A hint of summer… 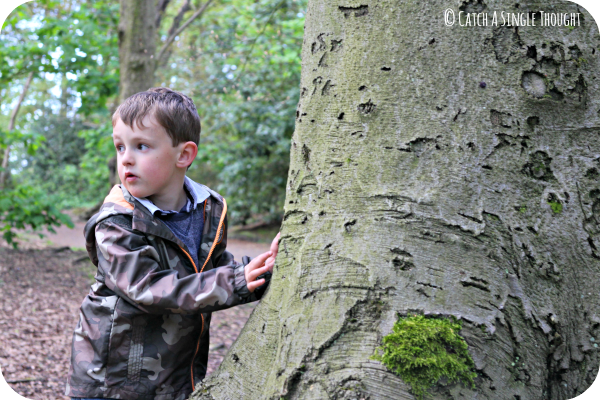 Bank holidays in Britain are notorious for their terrible weather and I wasn’t particularly expecting the May bank holiday to be any different.  I was pleasantly surprised when it actually turned out to be okay and, dare I even say it, a little bit warmer than I thought.

I am going to do the terribly British thing here and talk about the weather but honestly it has been all over the place; in the last week of the Easter holidays I had sunburn and the following week I was sending the kids to school with gloves!

So I really wasn’t that hopeful but then Saturday rolled around and with it the promised sliver of sunshine and we decided to chance it with a visit to the beach.  I know I talk about us going to the beach a lot but when you have spent nearly a decade living in a city which is as landlocked as you can get then it is still quite a novelty for us, even after 2 years. 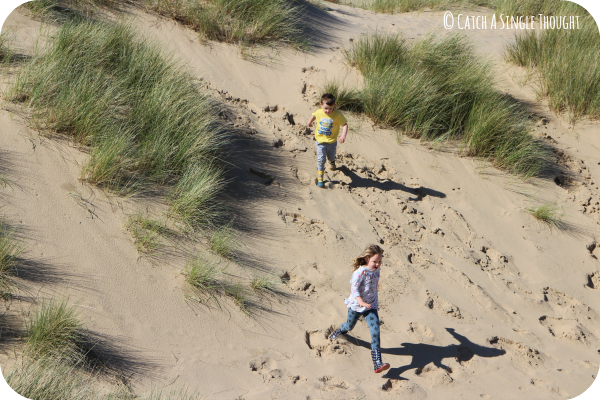 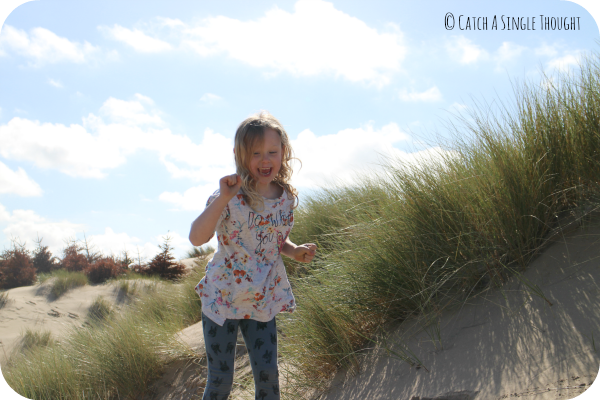 I think it makes a huge difference that the kids are so invested in spending time there; they love nothing more than climbing the dunes, building sandcastles and dipping their toes in the sea.  As we went down in the afternoon the sea was a bit too far out for them to enjoy that particular aspect but they spent nearly two hours playing some very complex game which involved lions and hyenas, clambering as high as they could up a dune and then rolling down it very quickly again.

Suffice to say there was sand everywhere. 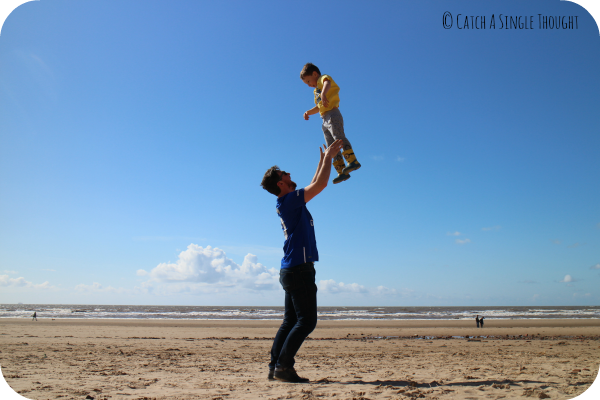 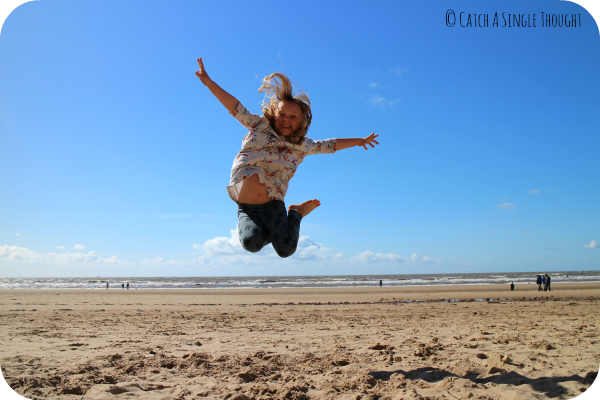 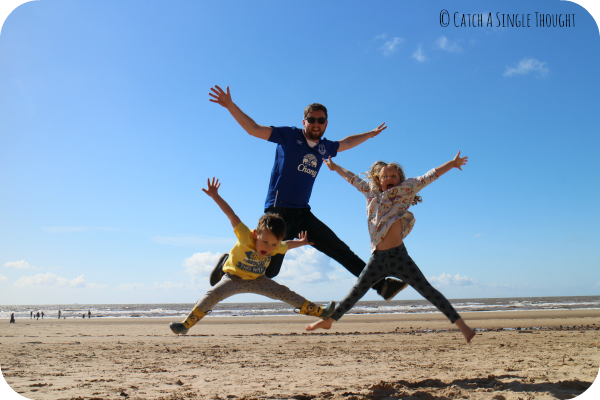 We spent a little time playing frisbee and then taking some silly jumping shots.  I love that James is so willing to be daft with the kids.  I get to play it safe and stay behind the camera, obviously.

The only thing which disappointed was how cold it began to get once the sun started to set.  It isn’t really warm enough in general that the heat stays around so although we were sheltered from the wind by the dunes, it got pretty chilly, pretty quickly.  There was just a moment though, when I was lying on the beach and listening to the kids play when I could catch a glimpse of what the summer will be like.  The sun was beating down, there wasn’t a cloud in the sky and the only sounds were the gentle lapping of the water and the squeals of delighted children. 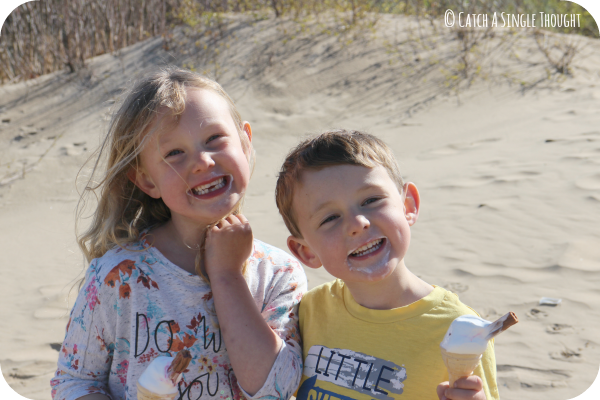 And we came home with sandy and sticky faces too.  What says summer more than that?! 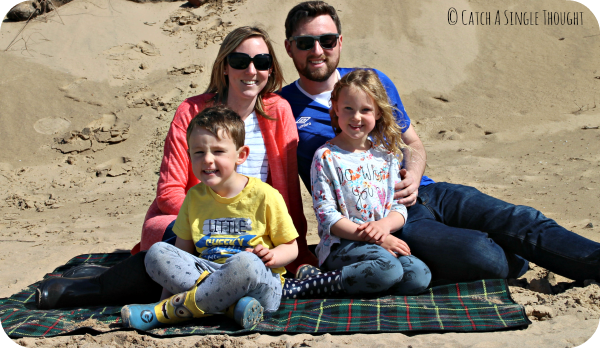