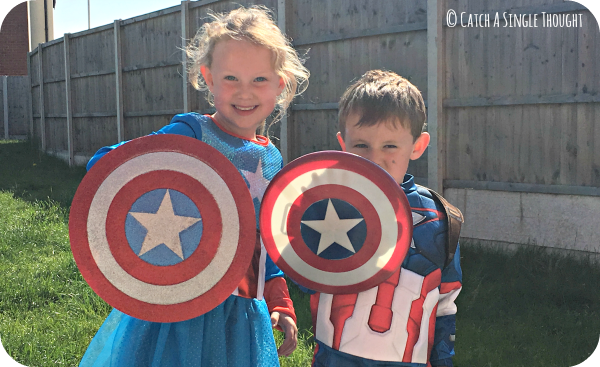 This month has seen my two siblings turn 7 and 5…not so little any more!

May is always a whirlwind month as we have a birthday almost every week and then just when we are ready to get back into the normal routine, half term swings around and we have another two weeks off school!

We are getting used to the fact that this time of year is always chaotic and are pretty much counting down until the May break now.  Each year that Meg and Eli get older, it gets a little bit easier to enjoy the holidays.  We can go out for the entire day without having to pack for every eventuality and can leave at the drop of a hat or we can spend days at home with the two of them entertaining themselves (which is always nice for this mama!) 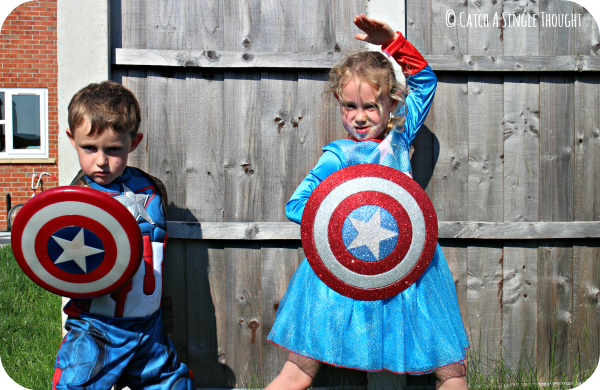 The last couple of weeks have seen Meg and Eli spending a lot of time together…when the sun is shining they both love to go and play in the garden after school rather than heading to their bedrooms so I’ve heard so much shouting and squealing and laughter.  Star Wars and Harry Potter seem to be the two main favourites and I’m often called upon to judge whether Eli turned Meg into a frog before she lifted him off the ground with her spell or vice versa.

Usually when they spend too much time in each other’s company then we get squabbles and falling out but there seems to have been a shift just recently with lots of affection going on.  Impromptu cuddles at the dinner table and whispers of ‘I love you’ from each other when they are watching a film.  I suppose they think I don’t notice but each moment I witness or overhear fills my heart with joy. 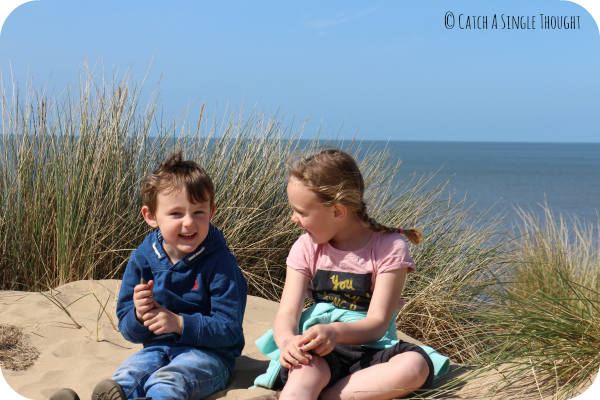 We did have some sadness at the start of the month though which saw Eli in floods of tears; we have often talked about the fact that in September, Meg will move to the junior school and Eli will stay in infants but I don’t think he had quite twigged that this meant they would be in separate playgrounds.  It came to him one morning whilst he was eating his breakfast and he was inconsolable.  It was heart-breaking and super sweet all at once.

Meg was finally the one who got through to him though with a big cuddle and a whisper of, ‘it’ll be so much more exciting when we come home and get to be with each other though.  I’ll tell you everything about my day and you can tell me about yours.’  I just hope it’s as easy come September! 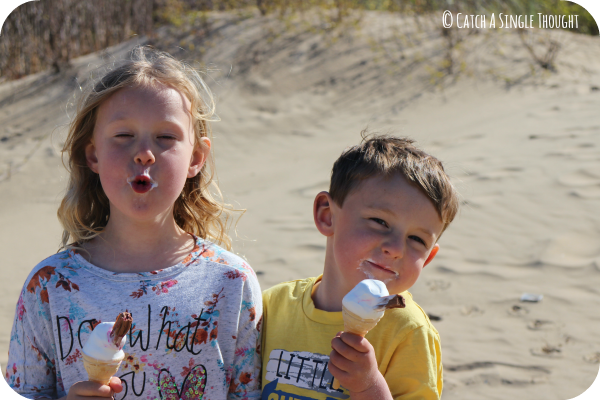 But for now,they will keep on loving the gorgeous summer sun…the chance to play outside and eat ice creams and enjoy silly games with one another.  I hope June is as full of sibling love as this month has been.