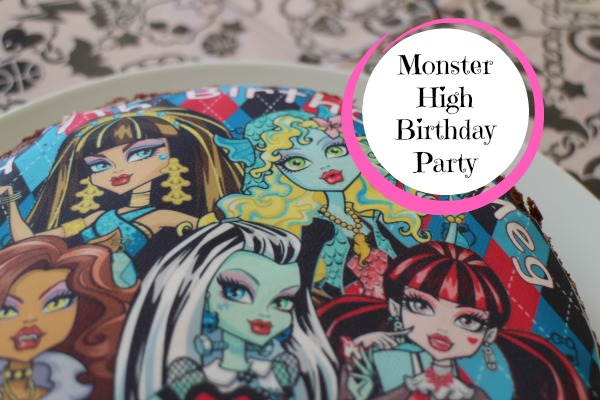 Like most years, Meg knew exactly what she wanted to do for her 7th birthday celebrations.  She wanted to have her friend’s round to make pizza, watch a movie and have a sleepover.  With a Monster High theme for good measure.  No amount of cajoling that maybe they weren’t quite old enough yet for a sleepover (read: we like our sleep too much to give it up again just yet!) would convince her otherwise so in the end, we acquiesced.

Luckily there are only 7 girls in total in Meg’s class so we knew that the party overall would be quite a small and contained one.  Unlike Eli’s the week before! 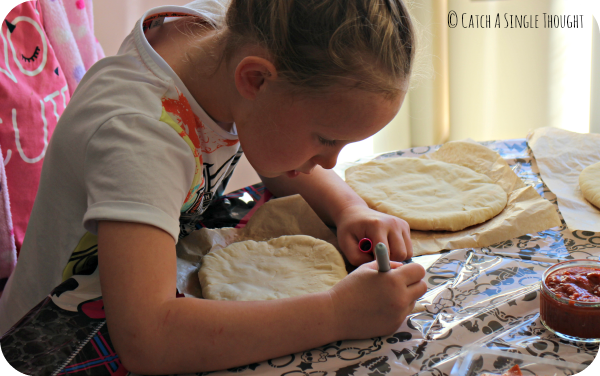 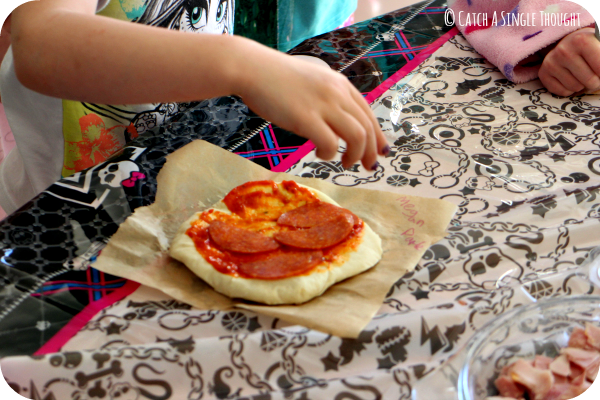 As parties go, this one was pretty simple to set up and was fairly cost-effective too.  Making your own pizzas is such a simple activity and yet every single one of the girls said it was the part that they really enjoyed.  We made some dough a few hours earlier and left it to rise and then simply laid out some ingredients and let the girls create their own masterpieces.

We had quite a few who accidentally let their chocolate melt on the top of their pizzas and this also seemed to be a hit, I think next time we might try pizza for dessert too. 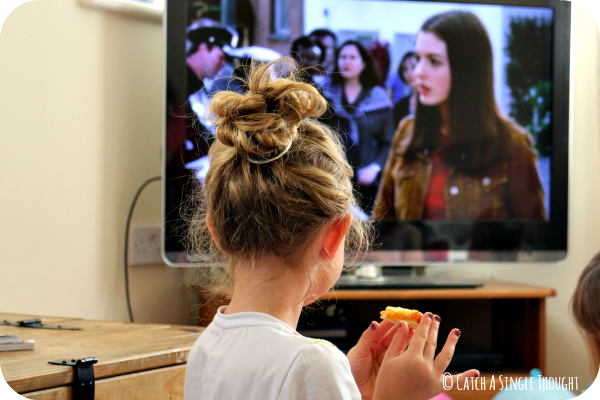 The film choice was a little bit harder as I think it’s always difficult to know exactly what people have seen before, and what type of film they will enjoy.  In the end we settled for The Princess Diaries which seemed like a nice little classic and something Meg hadn’t seen.  They didn’t quite make it to the end of the film but we gave it a good run. 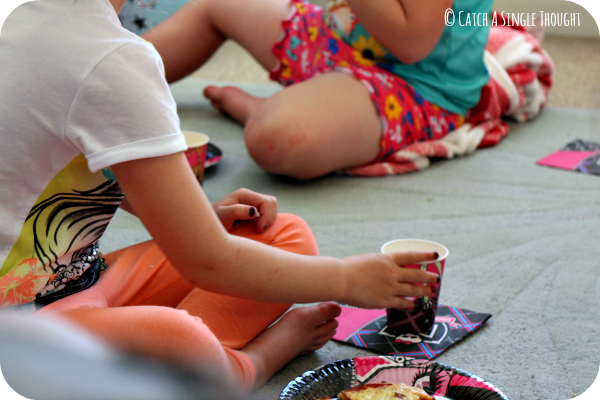 Alongside the pizza making and the film watching we also decided to give them a little pampering in the form of face masks and nail painting.  I was so dubious about this to begin with as I think I’ve only ever put a face mask on myself once but again, it went really well.  All the girls seemed to enjoy it and although we ended up with a marginally flooded bathroom when it came time to wash them off, that was a small price to pay.  James was in charge of monitoring pizzas and I was in charge of the pampering but I wish I’d had another pair of hands; I couldn’t mask them and paint their nails fast enough and the ones who went first had a tougher time getting their masks off than the rest, bless them. 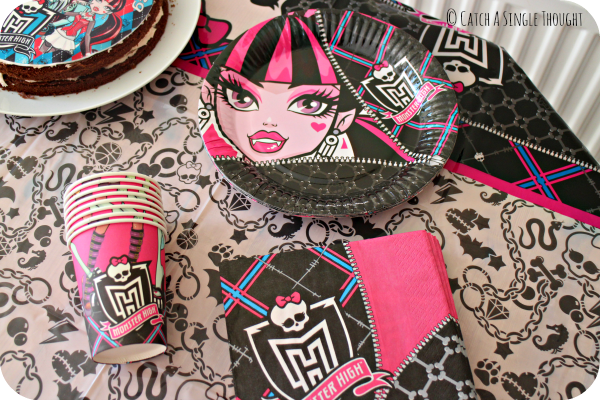 Our table decorations and party bags were courtesy of Party Bags and Supplies who sent me their Monster High Party Kit for review.  The kit was worth £28 and contained enough table settings and filled party bags for 8 children which worked out perfectly in this case.  I’m not a fan of sending tat home for the sake of it so I thought the items included in the party bags were great and just the right amount with the addition of a slice of birthday cake to go with them.  I was very impressed with the delivery as well which was really quick, just a couple of days after placing the order the items arrived. 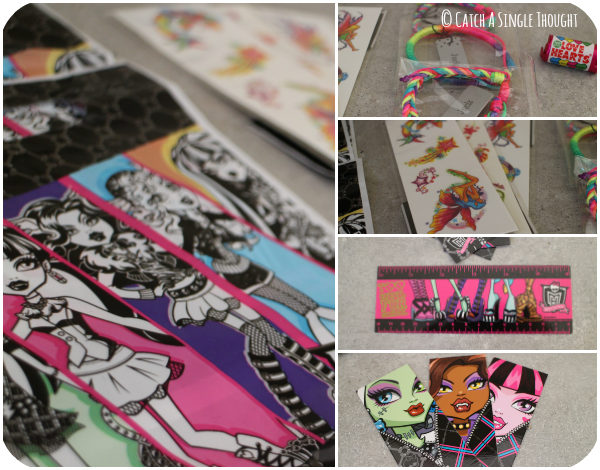 The table decorations really finished the party setting and as Meg is a high Monster High fan this was a real winner for her.  She even wore her Monster High pyjamas to keep the theme going. 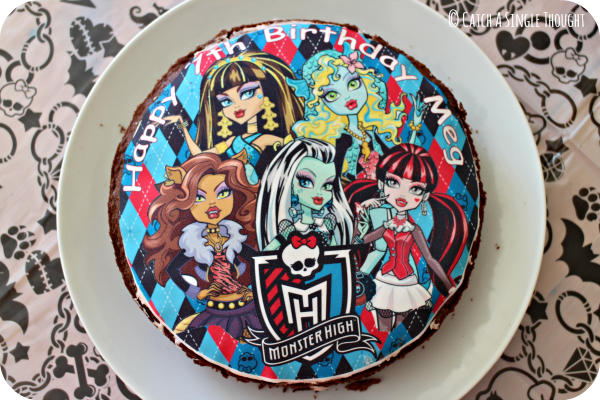 The cake we made ourselves with a cake topper ordered online.  It wasn’t my best work as the cakes didn’t seem to rise for some reason but we slathered on some pink buttercream and nobody seemed any the wiser! 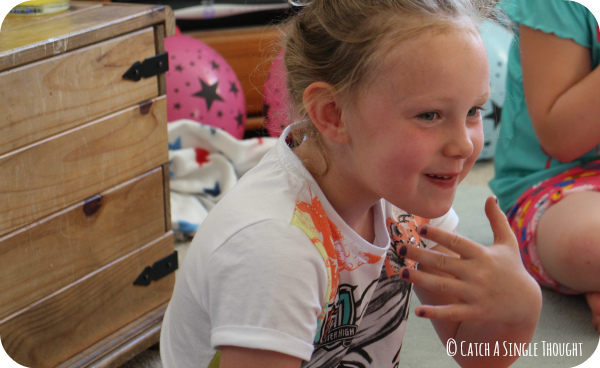 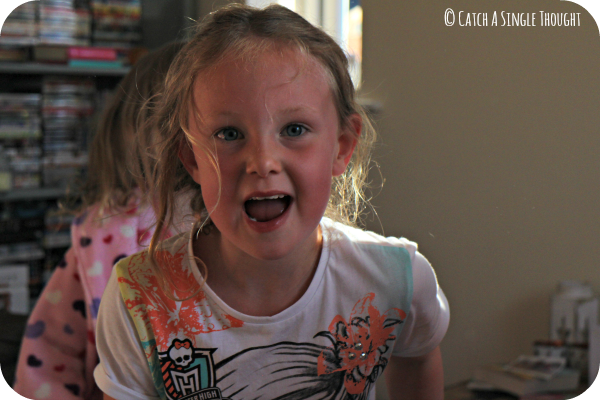 After some dancing, shrieking, party games and some more shrieking, some of the girls went home and the rest stayed on for the sleepover.  I’d like to say it all went swimmingly but that unfortunately wasn’t the case with one little girl having to go home at 3am because she was so unsettled and upset.  However, the rest of them stayed asleep and we enjoyed a lovely little birthday breakfast in the morning before they went outside to burn off some energy whilst they waited to be collected. 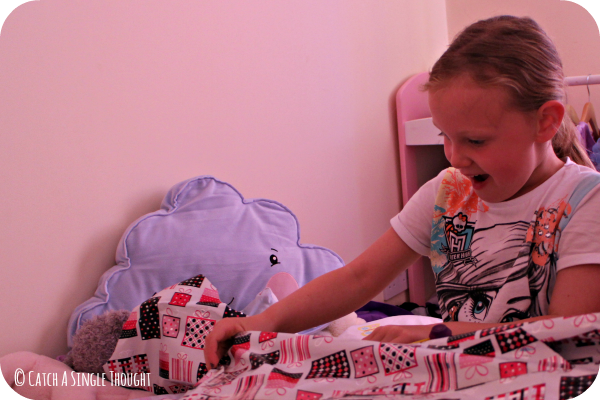 Overall this was a low key, but effective birthday party.  Seeing Meg’s face was completely priceless and as it was everything she had asked for we were confident she would have a good time, which she did.  A winner in my book.