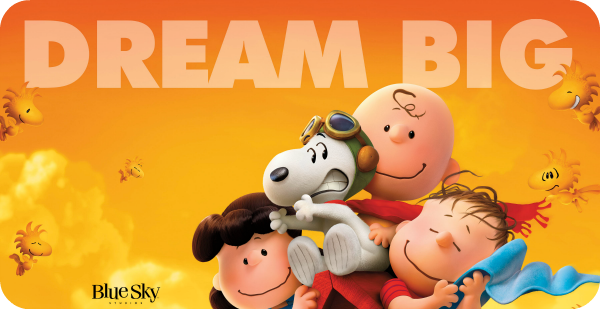 Mumsnet recently sent us a DVD copy of the new Snoopy & Charlie Brown film, ‘The Peanuts Movie’ and they wanted to know what we thought about it.  I think that this was the first time Meg and Eli had come across Snoopy and I wasn’t sure what they would make of it.  It’s always different when some of the characters in a television show or a film don’t speak and you have to intuit a lot of what they are communicating and I was personally interested to see how they would interpret Snoopy’s character in particular.

That said, we love any excuse for a movie night so we grabbed our popcorn, snuggled under our blankets and settled down for the experience.

Snoopy and the characters in Charlie Brown are such classic figures and I was interested to see whether the creators would have changed the format or altered the familiar characters such as Lucy and Linus and, of course Charlie Brown and Snoopy in any way.  I was pleased to see that they hadn’t and that much of what made children love Snoopy and Charlie Brown way back when has been retained.

The film was lighthearted and explored themes such as always trying your best, believing in yourself and telling the truth, even when it’s hard.  There is a particularly lovely scene where everyone is fawning over Charlie Brown because they think he scored 100% on a test and he has to build up the courage to tell them that it wasn’t actually his test, even though he is enjoying having the new attention.  A solid lesson for all children (and some adults!) to learn I think.

I enjoyed the diversion which Snoopy’s storyline offered to the film (he is trying to win over the heart of a French poodle whilst battling his nemesis, the Red Baron, as a World War I pilot…of course!) 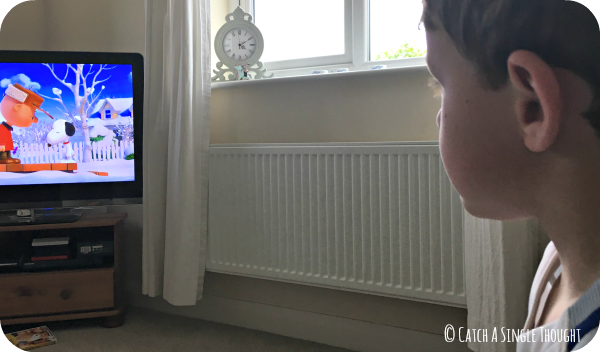 But it’s easy for me to tell you what I thought.  I think it would be more interesting to hear what Meg and Eli thought of the film though, as they are the target audience:-

Meg (aged 7) says: ‘I thought it was very funny.  The yellow birdie (Woodstock) was my favourite character.  I liked it when Snoopy was flying his aeroplane and Woodstock was hanging on with all his crew.  When the crew were throwing all the tools out at Red Baron, one of the crew threw something out which their plane needed and it tipped up.  It made me giggle because then they all fell out.

Eli (aged 5) says: ‘It was good.  I like Snoopy because he was funny when he was trying to get into the school.  I liked it when Charlie Brown was nervous to just walk and talk to the girl with the red hair.  He just kept on hiding every time she came near him…which I thought was really silly.  Why would he not talk to her?’

The film was a good length; it held their attention well and they were keen to talk about it afterwards and re-enact scenes which is always a good sign that they’ve appreciated something.  I think the alternating storylines between Charlie Brown and Snoopy worked well too and kept the kids on their toes. 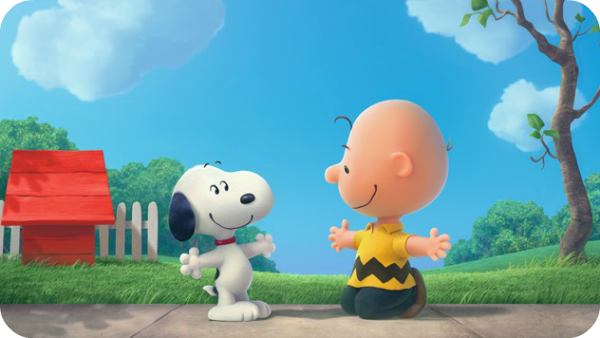 If you remember Snoopy and Charlie Brown from your own childhood and are worried that it may have lost some of its charm then I really wouldn’t; I think the production company have done a fantastic job and I would really recommend this movie for any family night in.

SNOOPY & CHARLIE BROWN: THE PEANUTS MOVIE was released on Digital HD™ and on Blu-ray™ & DVD on  30th May, courtest of Twentieth Century Fox Home Entertainment

I am a member of the Mumsnet Bloggers Panel, a group of parent bloggers who have volunteered to review products, services, events and brands for Mumsnet.  I have not paid for the product or to attend an event.  I have editorial control and retain full editorial integrity.