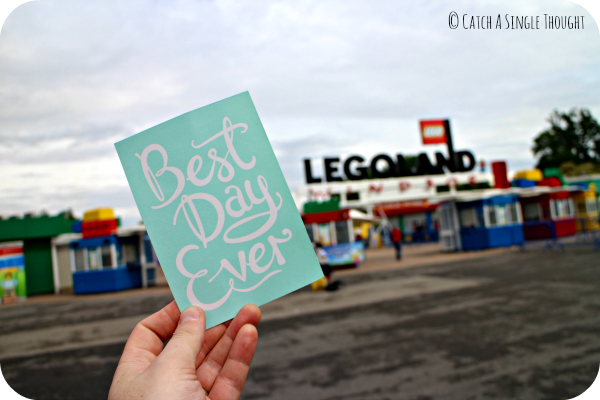 At the start of the year we sat down as a family and wrote down some of the things we wanted to achieve this year.  This list was then stuck on our fridge and has been a constant reminder to me every time I go and get something out…

One thing which both kids were unanimous about was the fact they wanted to go to the Legoland Windsor Resort.

So on the list it went but there just never seemed to be the right time.  Over Easter we visited the Legoland Discovery Centre in Manchester which was great but Windsor is pretty much on the other side of the country for us and justifying such a long drive…the long and short being that we kept putting it off!

Then we realised that the perfect time to go would be over the May school holidays; we are lucky enough to get two weeks off and the second week is usually when the rest of England are back at school so it made sense.  It would be quieter than during the holidays and cheaper too. 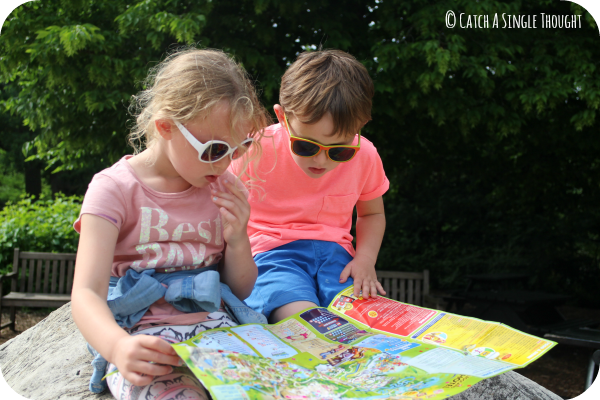 We booked our tickets and received an extra free day in the park which was actually incredibly helpful.

It meant that we could section off what we wanted to see and we didn’t need to rush around trying to fit everything in to one day.  Although our second day was a Saturday (and was SO much busier) we had done the lion’s share the day before which meant we didn’t need to stress about long queues. 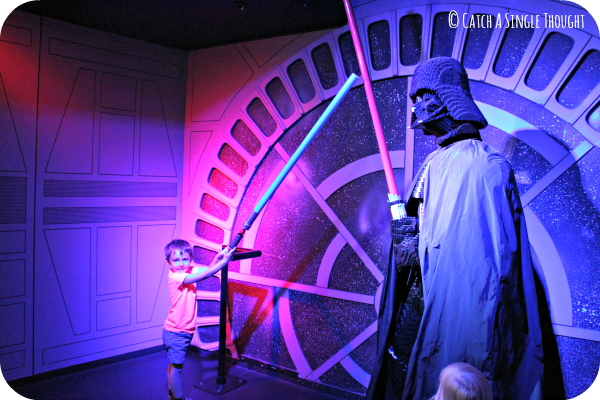 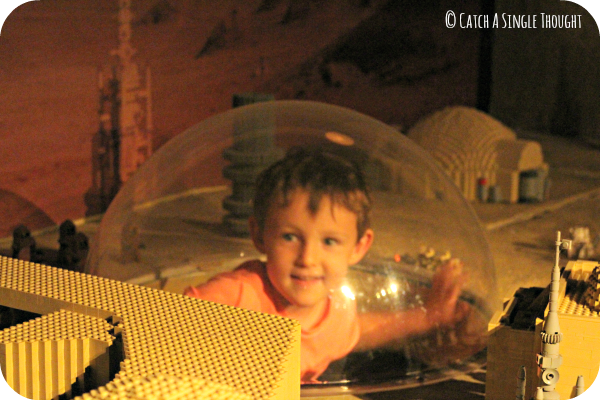 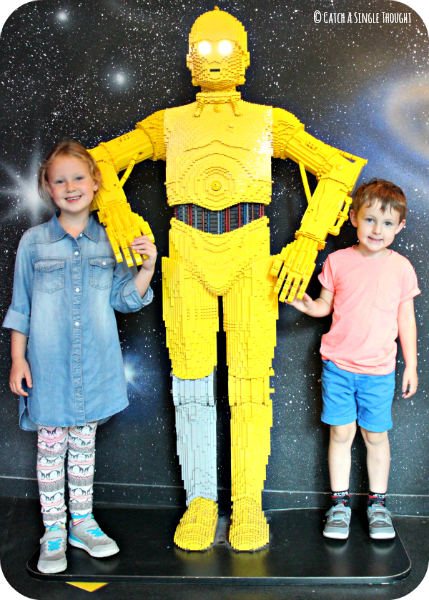 We arrived on Friday a little after opening time, which was 10am.  Pretty much waltzing straight through we headed down the long, winding path (there’s a train which will take you up and down this hill but it’s not all that obvious) and Eli spotted the attraction which, for him, would make his entire trip.  Star Wars Miniland Model Display. 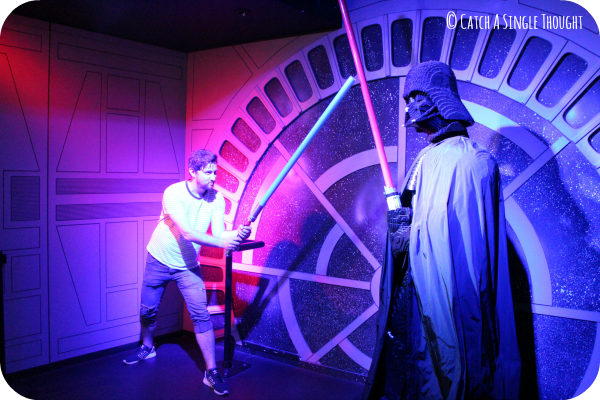 He was so enamored that we had to make sure it was the last thing that we did before we headed home on the Saturday too!  And he wasn’t the only one who loved it… As with most theme parks of a similar nature, Legoland is divided into ‘lands’ which each offer something new to explore.  There are 11 lands altogether and they all have a good mix of rides, attractions and somewhere to eat and drink. 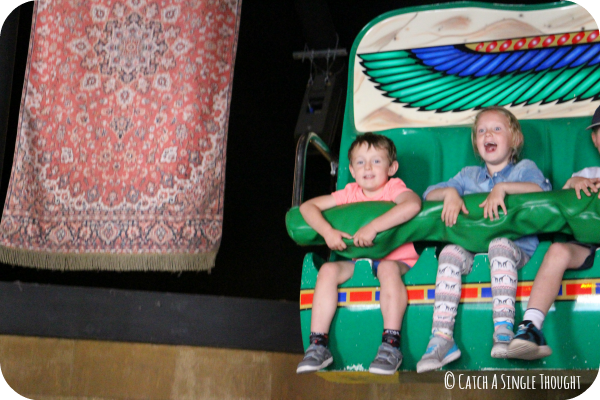 We took each land individually and had a good wander around, making sure that we went on everything we wanted to.  Our favourite by far was Kingdom of the Pharoahs although they were all good. 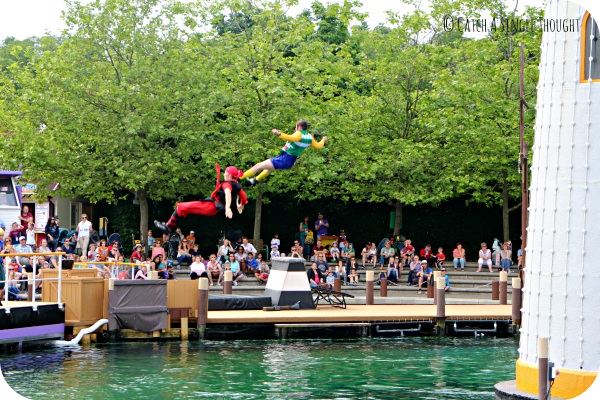 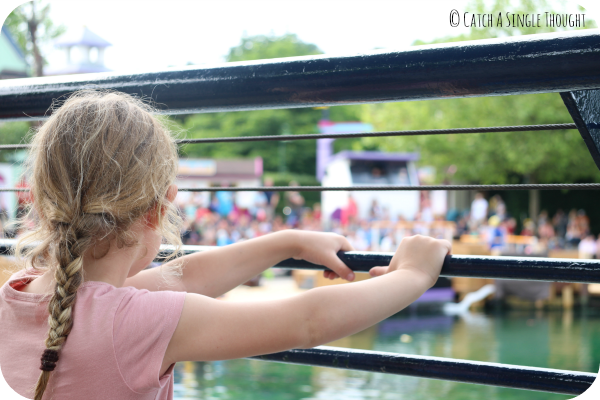 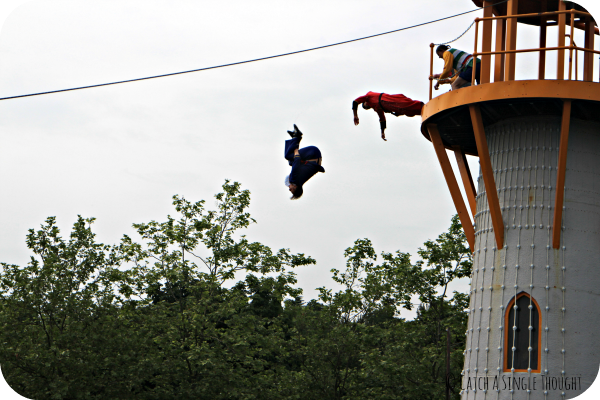 The only land which I thought was a slight letdown was Heartlake City; the Pirates of Skeleton Bay show which takes place there was great but there wasn’t much else to do; and the only ‘ride’ we could find (Mia’s Riding Adventure), neither Meg nor Eli were tall enough to ride which was a shame. 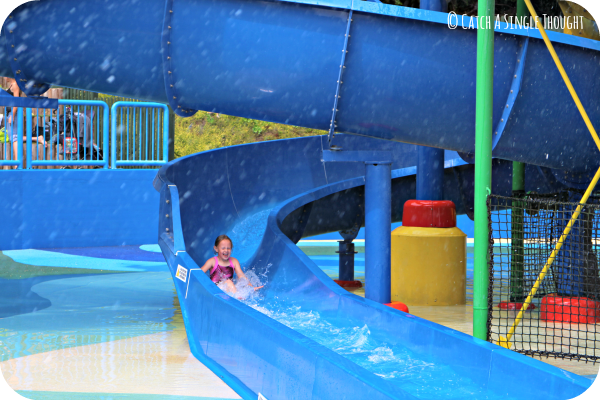 We also decided to make sure we visited Duplo® Valley; more specifically, Drench Towers and Splash Safari.  Thankfully the day was quite warm but the water was bitterly cold, something to bear in mind if you don’t visit on a hot day.  It was also possibly the busiest part of the park with lengthy queues for the changing rooms.  It’s worth making sure you take a £1 coin for a locker as you can’t go into this area without getting wet, even if you stand on the very edge.

Alternatively you can do as James did and accidentally stand over the sprinklers, thereby ensuring that you get a royal soaking when they turn on! 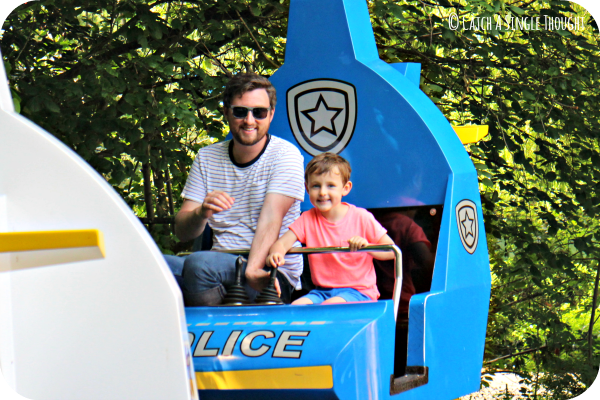 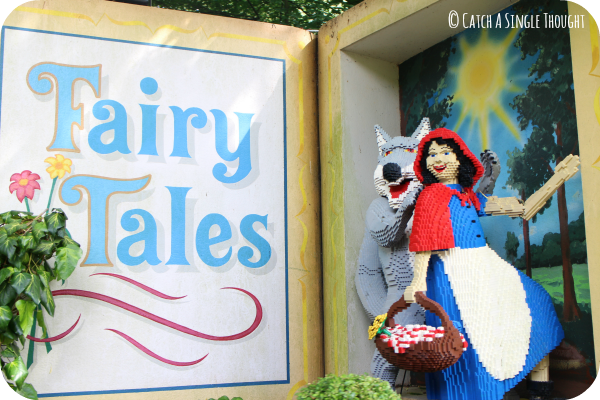 Duplo® Valley was also a really enjoyable land for us; it’s a bit more slow-paced than some of the others but that worked quite well after the kids have burned off a load of energy running and shrieking through the water. 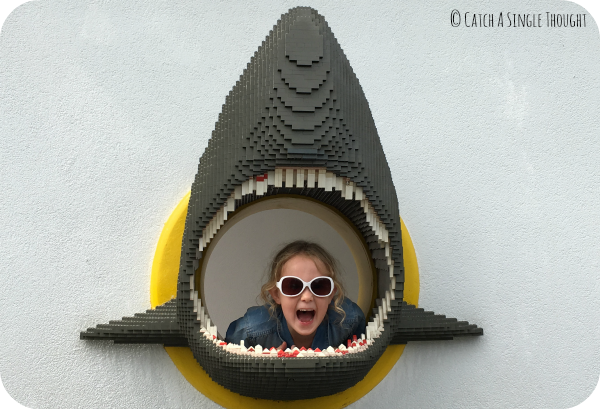 Another element of the day we really liked was the Atlantis Submarine Voyage.  Again, this was something which we ended up doing on the Saturday as well because the kids really enjoyed it.  You hop into a submarine and then get taken along a little underwater journey; there are clear panels for you to see out of and there is all kinds of marine life from sharks to sting rays.  Plus Lego fish! 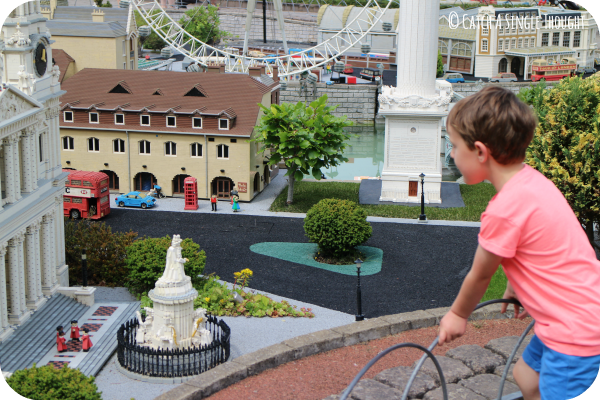 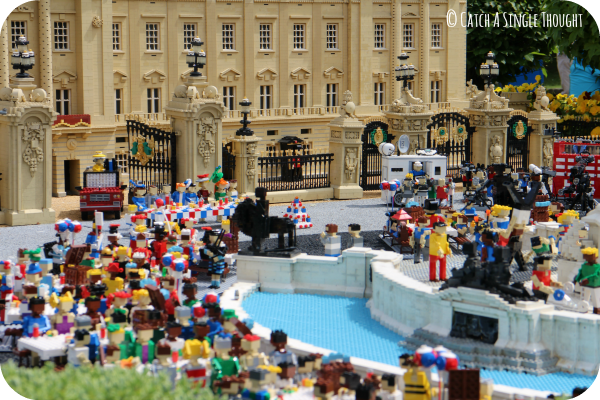 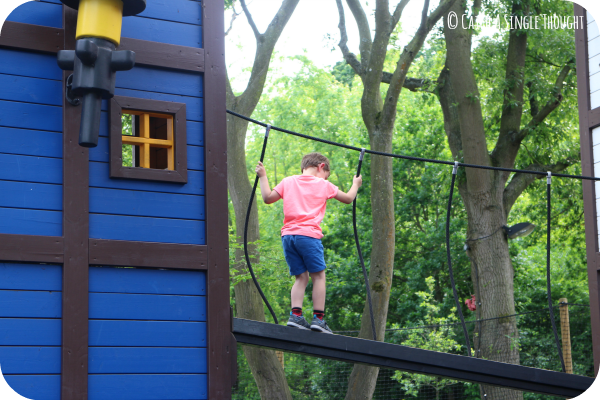