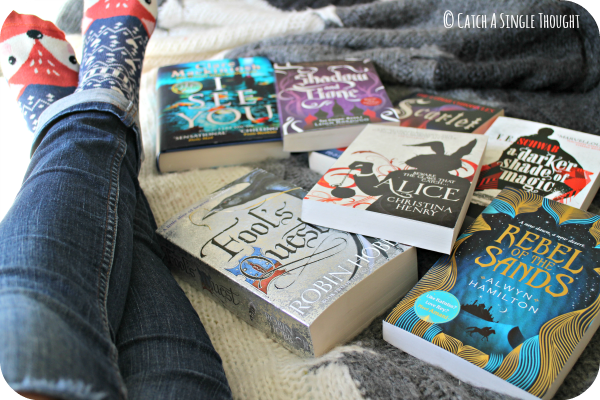 I have to admit that as much as I am lamenting the end of summer, I am actually pretty excited about the arrival of autumn as it is pretty much my favourite season.  I love the excuses to wear all my knitted grey jumpers (of which I have a few…), cable knit socks and boots, skinny jeans and plaid shirts…the list is pretty endless.  Not to mention the crisp autumn mornings and the dubious daily weather leaving plenty of opportunities for curling up under a blanket with a good book; you begin to get the idea!

When I set my summer TBR list I didn’t hold out too much hope of getting it completed but I actually don’t think I did too bad a job so I was looking forward to making my choices for autumn.  Again, I have only chosen a handful of books because I like to make most of my reading choices on a whim.  I read 25 books over the summer period and expect to read similar this time, especially as we have a 10 day holiday coming up but I’ve stuck to 8 books for this list. 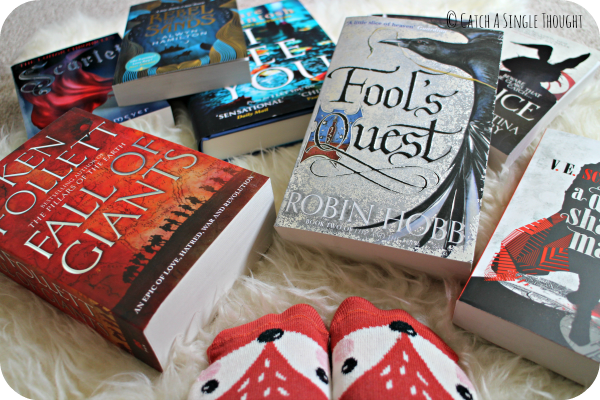 So here are the books I am hoping to read this autumn:

I Let You Go – Claire Mackintosh
I have to admit that I have already read this book as I picked it up as part of a group buddy read.  It’s a good book though and I would highly recommend!  It tells the story of Zoe, who sees her photograph in the paper one day when she is on her commute home.  She shows it to her family and they tell her that it’s just someone who looks like her.  In the following days however, several more photos of other women appear and some of these women are then connected to crimes which have been committed across the city.  Zoe, naturally, begins to panic and reports it to the police and we follow the story from Zoe’s perspective and from one of the investigating police officers, Kelly.  This is a psychological thriller all about who might be watching us.  As we live our lives in so much routine, and our images are captured all of the time; how might someone take that and abuse it?  I thought this was such an interesting premise and I wasn’t disappointed.  A real page turner.

Rebel of the Sands – Alwyn Hamilton
This is the first book in a new YA series which has a Wild West meets Arabian Nights setting.  It follows the story of Amani, a girl living in a dead-end town who is dreaming of an opportunity to escape.  She is given such a chance when a stranger rolls into town one day and is then caught up in an epic adventure across the desert.  I believe there’s also a little bit of magic thrown in here for good luck as well.

Fool’s Quest – Robin Hobb
This is book two of Robin Hobb’s latest series, ‘Fitz and The Fool’.  It is an adult high fantasy which is very strongly character driven and picks up from where the first book left off with Fitz being thrown out of his quiet life living as Tom Badgerlock and back into the court of Buckkeep.  I can’t share much more than that as it is a sequel but I would highly recommend any of Robin Hobb’s books.  I am a big fan.

Alice – Christina Henry
This was an impulse buy for me and I was very much drawn in by the premise.  It’s a re-telling of the story of Alice and we find her some years later living in a hospital, unable to remember anything other than brief snatches of her time in Wonderland.  She is given the chance to escape the hospital and goes on an adventure to uncover what exactly happened to her.  This is a horror story and having read a number of reviews since buying it, there are also lots of trigger points include abuse.  I’m not sure when or whether I will pick this up but the concept did intrigue me.

Shadow & Bone – Leigh Bardugo
Having loved Six of Crows by Leigh Bardugo, I picked this up as it is book one in her Grisha trilogy and provides a more in-depth background on the world of Grisha.  It is about Alina; who discovers during an attack on her stronghold that she has a wealth of untapped power.  She must decide whether to join the elite group of Grisha and leave behind everything she knows or remain true to her best friend, Mal.  This is a YA fantasy book and I am really looking forward to reading it!

Scarlet – Marissa Meyer
This is the second book of the Lunar Chronicles and is a re-telling of Red Riding Hood.  We meet two new characters; Scarlet and the Wolf, as well as picking up the stories of some of the characters from book one including Cinder and the Prince.

A Darker Shade of Magic – V E Schwab
Another fantasy this book is the first of another fantasy series.  It is about Kell, a magician who is able to travel between parallel worlds and in this book there are four parallel Londons.  This is a fast-paced, action packed book with an interesting magic system. I don’t know much about this book but I have heard lots of praise for Victoria Schwab’s writing!

Crooked Kingdom – Leigh Bardugo
This book isn’t released until the end of September but I am so looking forward to it!  It is the sequel to Six of Crows and picks up the story of the gang after the heist they were challenged with completing.  I can’t say much more than that without giving too much away but let’s just say that I am very excited about it.

A Week in North Wales...Part Two

A New Dining Experience at McDonald's