I See You by Clare Mackintosh ǀ Book Review 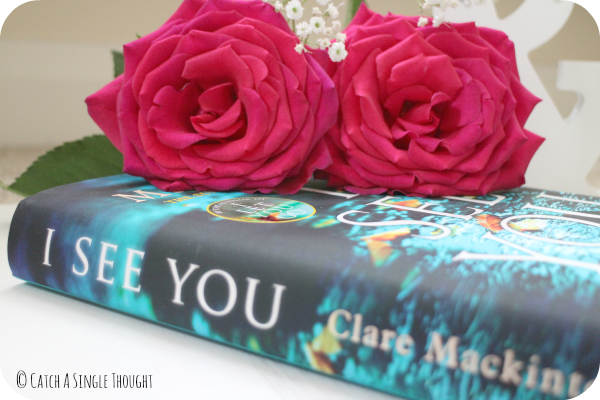 Back in February I picked up my first thriller book for a long time; I Let You Go by Clare Mackintosh.  It was on a total whim but after the first few pages I was absolutely hooked  and finished it within a day.  I’m fairly sure the kids had to fend for themselves that day (kidding…)

So when I saw that Clare Mackintosh was releasing a second novel I knew that I would have to pick it up.  I even went against my usual rule of waiting until a book comes out in hardback because I knew I wanted to read it N.O.W.

I See You is the story of Zoe Walker who is reading the newspaper one day on her commute home from work when she sees a picture of herself in the classifieds section.  She takes the paper home and shows her family who assure her that it’s just someone who looks like her.  But Zoe is not convinced.  The next day there a picture of another woman, and a different woman the day after that and so on.

Soon after Zoe realises that one of the women who appeared in the paper has been the victim of a crime and she begins to wonder whether the website and phone number which accompany the pictures don’t represent something slightly more sinister.

The book is told from three perspectives; predominantly you follow the POV of Zoe and then the POV of Kelly Swift who is the police officer investigating the possible connection between the photos in the paper and the crimes being committed.  However, there are also inserts from the person behind the pictures in the newspaper which offers an interesting, if slightly chilling, insight as well. 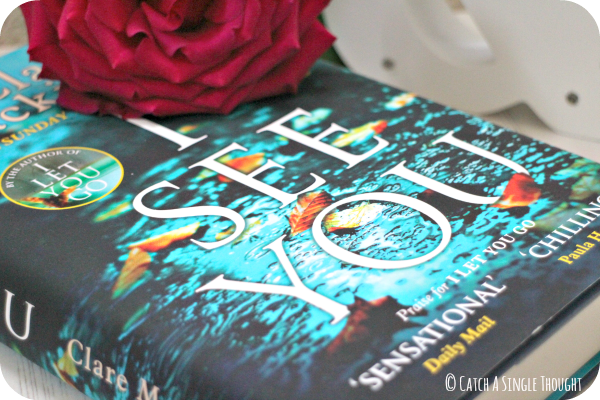 This book is incredibly fast-paced and leaves you guessing all the way through about who might really be behind the adverts.  Every time I thought I had it cracked, there would be a curve-ball thrown which made me question it all over again.

There isn’t a whole lot of character development which goes on and I found Zoe a very difficult protagonist to like which somewhat dampened the experience for me although I loved Kelly Swift and the insight we got into her life and background.  I think perhaps because Clare Mackintosh worked in the police force she writes that side of things very well.

If you like page turners with an interesting plot development then I think this would be a really enjoyable read.  Just be prepared to change up your routine a little afterwards!

I See You by Clare Mackintosh is available from all leading retailers including Amazon and Book Depository.