Puppy in My Pocket Party 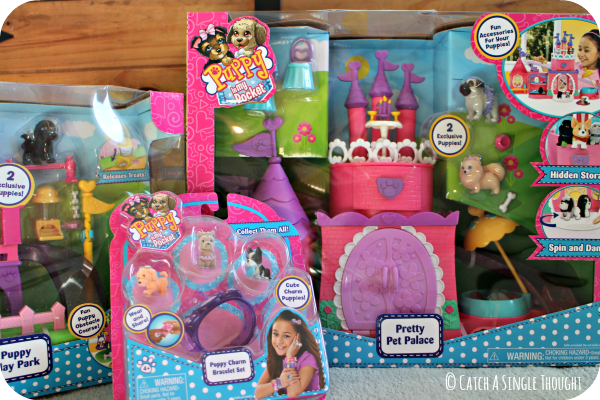 We were really excited to be able to share with you all the exciting Puppy in my Pocket twitter party, I hope you all had a great time as well! 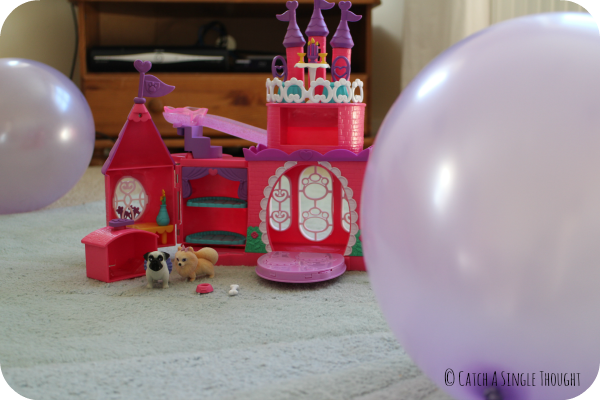 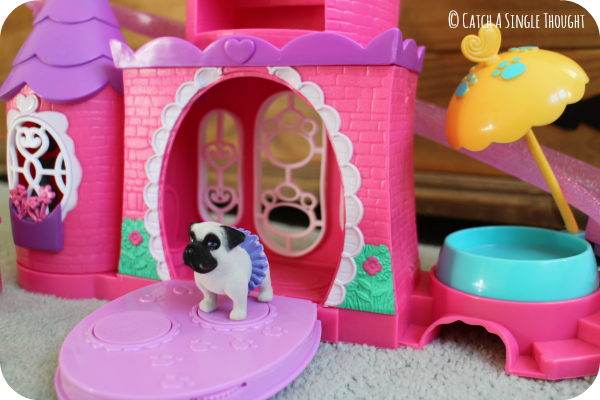 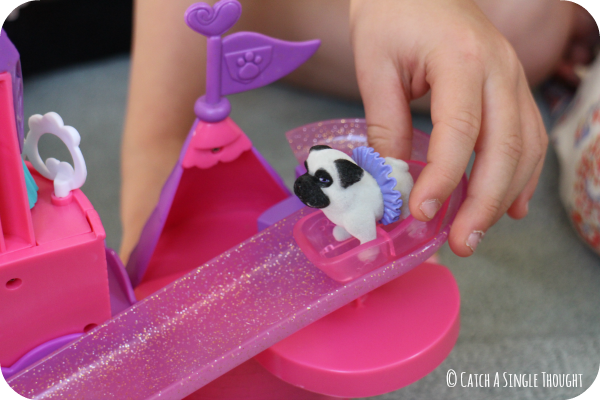 We received a fantastic box of goodies in order to host our own party alongside the twitter party and all the girls were very excited when they arrived.  They burst through into the lounge, immediately squealing with delight at the Pet Palace and the Puppy Playground which I had laid out for them. 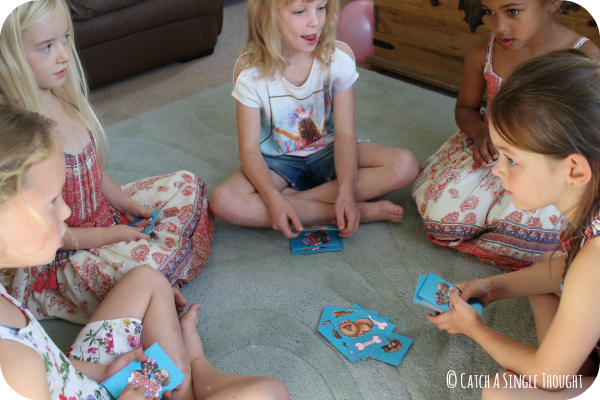 I gave them a few minutes to explore the puppies and the playsets which were out and then we got stuck into our first game; I had spent the day before cutting out 64 cards to play either snap or matching pairs with.  The overwhelming response was that snap was the favourite game and so we settled down to what turned out to be a very competitive game!

But in the end we had our winner and she was very pleased to receive the charms bracelet as her hard-earned prize. 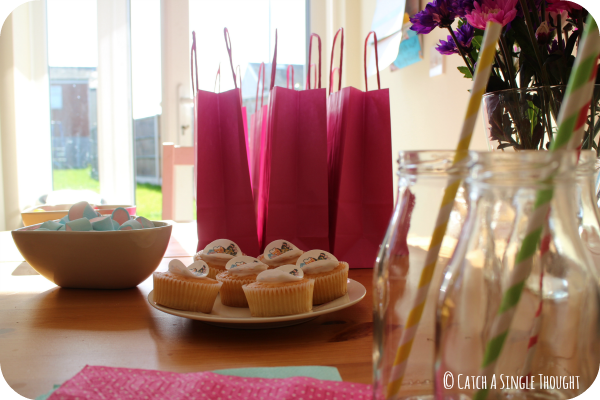 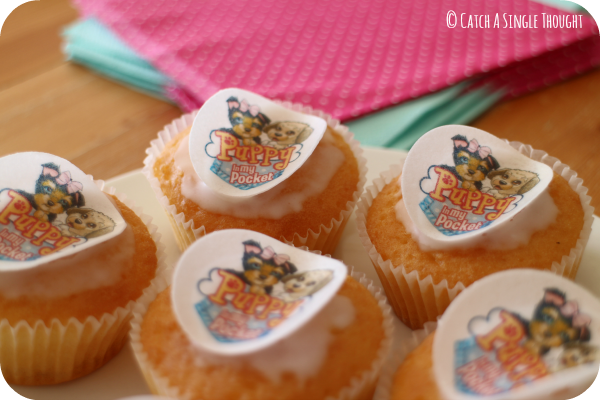 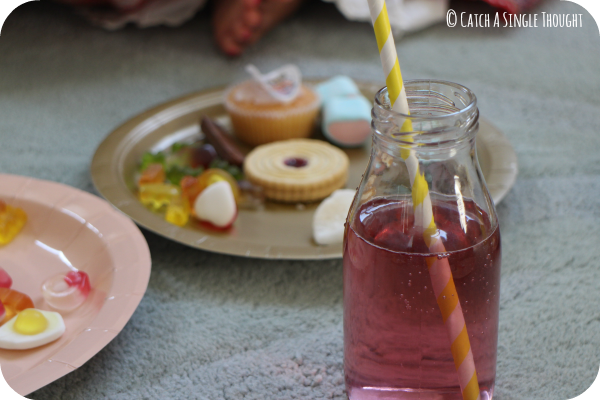 After the game of snap it was snack time.  The girls adored the cupcakes with the little sugar-paper Puppy in my Pocket picture; these were a definite winner and I had trouble keeping one back for Eli to enjoy!  I moved the playsets out of the way whilst the girls enjoyed their snacks but it was hard to keep them away from playing, they were keen to open the blind bags we had been sent to see which puppies they would all get and they wanted to know the names of the ones they had already been playing with. 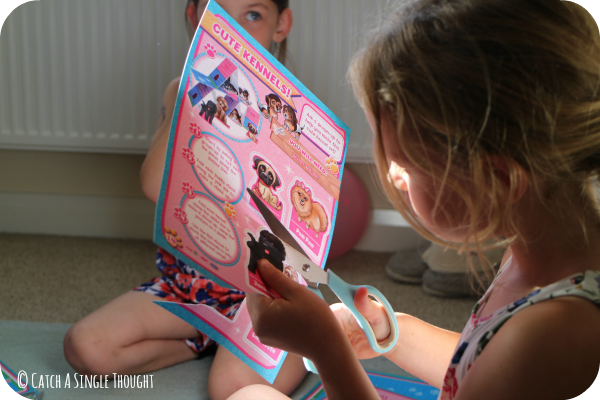 After snacktime we moved onto one of the other activities which had been provided for us; making kennels.  This was a lovely activity which I think was meant to be quiet(ish) but was peppered with giggles and chattering about the puppies they were cutting out and how they were going to use their new kennels.  It was quite time-consuming but eventually the kennels were constructed. 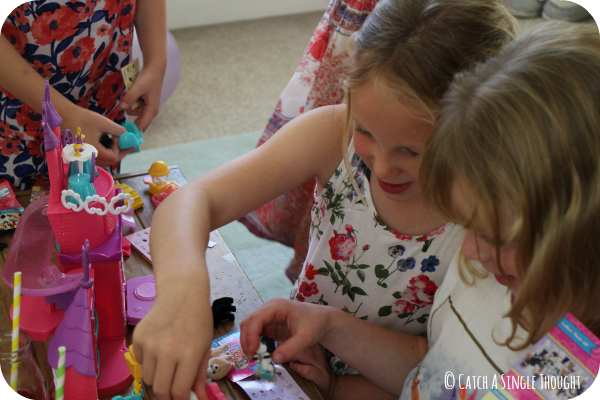 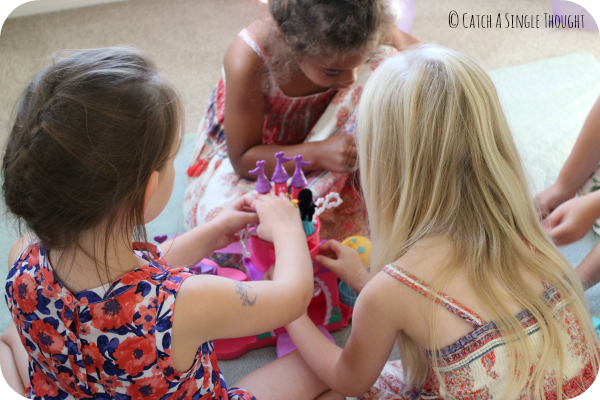 Finally after all their efforts they were allowed to open the blind bags and engage in some free play with the playsets.  There was a lot of love for the little slide which is attached to the palace and there was real enjoyment from opening the bags and seeing which puppy they had, then comparing with everyone else and learning the names and breeds.  Blind bags are always a winner and this was no different. 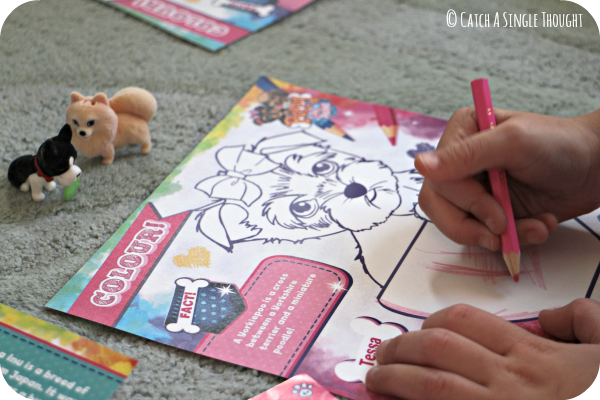 I had laid out the colouring sheets and pencils in case any of the girls didn’t feel like playing and they had soon lined up their new puppy additions and got stuck into some colouring.  This was a brilliant activity to end with as they began to wind down and I finally managed to enjoy a cup of tea whilst they were all occupied and quiet!

Then it was time for pick-up and giving out the goody bags which were well stocked with some more activities, a poster and some more blind bags; where these girls spoiled or what!?

So thank you to UKMumsTV for allowing us to host the party, all the girls had a great time.  And we would definitely recommend the Puppy in my Pocket collections, it went down a treat.

We were provided with a party pack for the purpose of this post and the party.  All thoughts and opinions are my own.