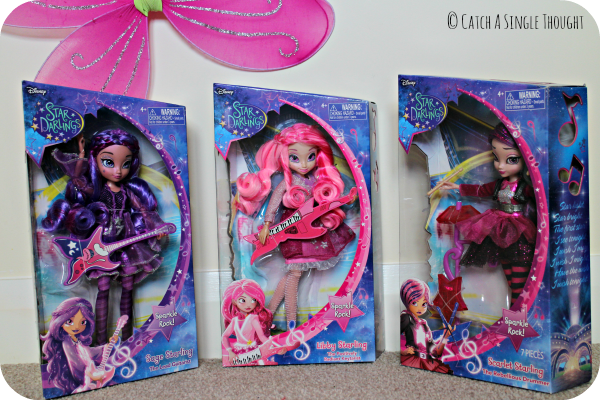 Suitable for ages 4+ the Star Darling dolls are a new offering from JAKKS Pacific and are based on the Disney Star Darlings animation.  There are five different dolls to collect: Sage, Leona, Scarlet, Libby and Vega.  Each 11-inch doll comes with an instrument, brightly coloured galatic inspired oufit and a unique crystal power ring.

They retail at around £20 each.

We were sent three of the dolls to review; Sage, Scarlet and Libby.

The first thing I noticed and appreciated was the packaging.  Each character has different attributes and personality traits and these are marked on the box.  The idea is that each of the characters have the right traits for saving planet earth but I just liked that they would appeal to a variety of children and also, inspire girls to be just the way that they are. 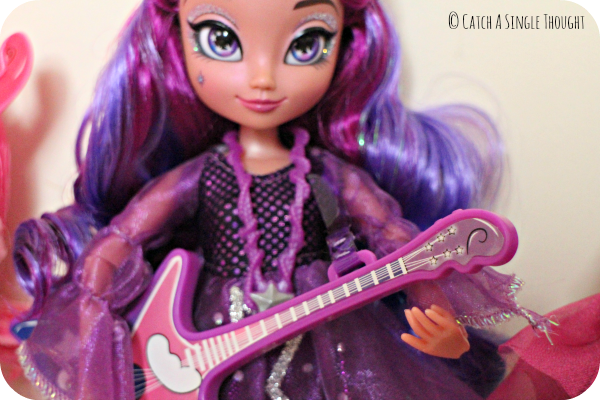 I also liked that each of the dolls is vastly different in style.  You really feel like you are collecting different dolls and not just paying out for five dolls which are basically the same but a different colour. 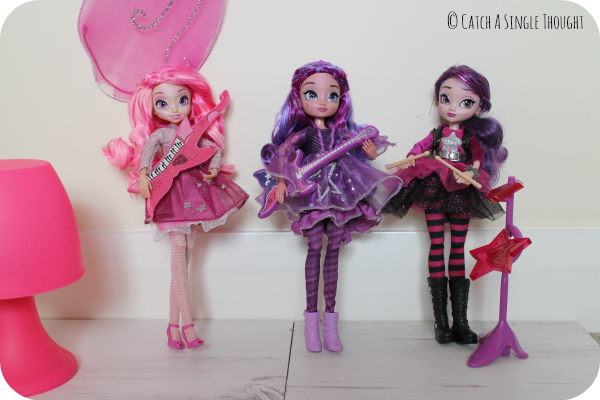 Once you’ve collected all five you also have your very own space girl band.  I was fairly sure that Meg would love this aspect, and she does.

She plays the flute and is also very keen to play the guitar so the musical aspect of the dolls really appealed to her.  We have heard enthusiastic performances filtering down from her room on a number of days since we unboxed the dolls! 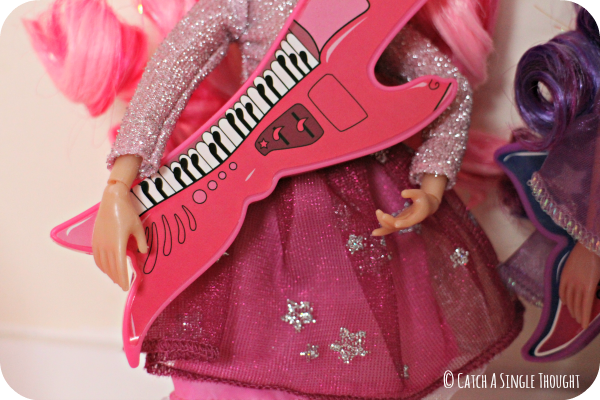 The outfits are also pretty ‘out there’; apparently these have been inspired by their galactic surroundings and the dolls also have shimmery skin and sparkly eyes.  But the best thing (in my opinion!) is that they are fully poseable.  I cannot tell you how much more interesting this makes playing with them.  Countless dolls on the market come with accessories which are just impossible for them to hold because they aren’t flexible and I thought that it was going to be the same with the Star Darlings but this is absolutely not the case.  It makes such a difference to the world of play that the dolls can actually be moved around and can use the instruments which they come with.

Meg has really enjoyed playing with these dolls and I think the price is a fair reflection of similar products.  I think it is a testament of how much she has enjoyed them that she has added Leona and Vega onto her Christmas list and we do think she will really love having the whole set. 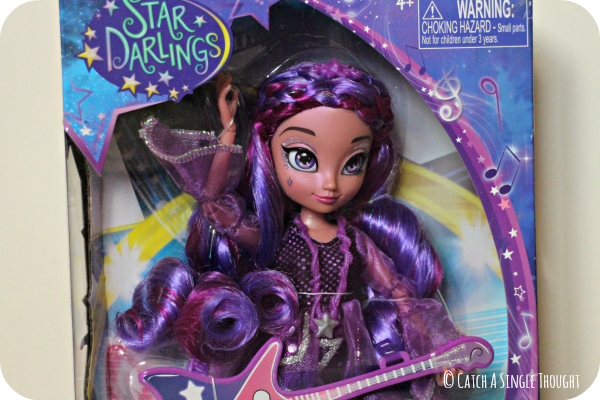 The only downside that we have been able to find is that the necklaces and accessories that some of the dolls come with just don’t stay put.  For example, Sage’s star necklace has nearly fallen victim to the vacuum cleaner a number of times so if you have children towards the younger end of the age recommendation, I would probably remove these loose accessories before giving them free rein.  They just seem to constantly slip off the dolls so I have just put these to one side for the moment to prevent them becoming lost.

However, I still think these would make a great gift for any child aged 4+ who has an interest in the Star Darlings and I’m sure with Christmas just around the corner, that Sage, Leona, Scarlet, Libby and Vega will be making their way under many a festive tree!

We were sent the Star Darling Dolls for the purpose of this review.  All thoughts and opinions are our own.