The Rules of Santa… ǀ When Kids Ask Questions!!

Three years ago I wrote a post about Meg’s seeming disbelief in Santa being real.  I absolutely adore Christmas and all the magic that goes with it and I was beyond perplexed that at 4 years old, Meg had already cottoned onto the fact that Santa wasn’t real.

However, since that year, she has seemed to ‘regain’ her belief and has begun engaging once again in the joy that is this time of year.  Until now. 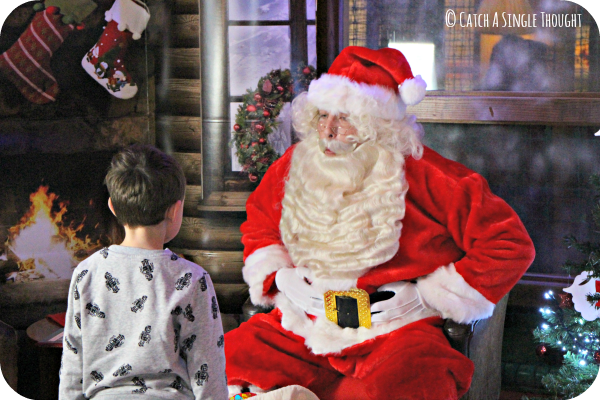 At 7 and 5, Meg and Eli are quite inquisitive little cookies and they like to ask questions about absolutely EVERYTHING.  It’s a pretty nonstop stream of question after question after question and since we got back from holiday the focus of those questions has been Christmas and Santa Claus.  I have to add in here, that it has never been our want to deceive the kids or lie to the kids about the existence of Santa but, at the same time, we have wanted to bring the magic of Christmas alive for them.

So when they started asking questions based around why Santa doesn’t always bring everything on your list and why some of their friends have been given the latest console for Christmas and they haven’t, it got me thinking.  We all do Christmas differently, we all have different traditions and we all have different explanations for who Santa is and what role he plays in the spirit of Christmas.

In our house we have always said that Santa brings the stocking presents and one present under the tree (usually a board game for the kids to share) but how do you explain why, in some houses, Santa brings all the presents under the tree or none at all?!  Even worse was the announcement Meg made last year when she went back to school, after I inadvertently bought her some socks from a supermarket to pop in her stocking, that she knew Santa did all his shopping at Tesco! 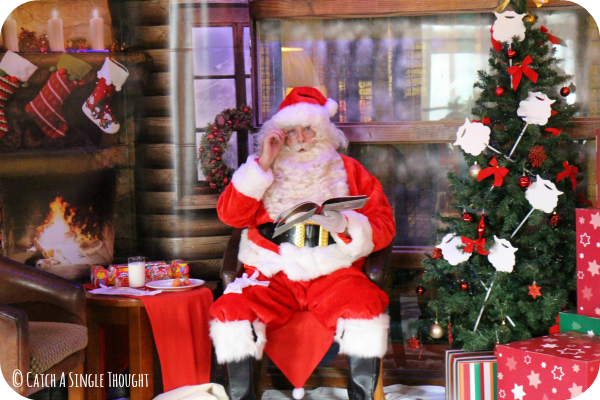 I was curious about the different ways that parents approach the topic of Santa, and so I reached out to some other Parent Bloggers to find out what they had to say on the topic.  Perhaps this will help you if you are facing lots of questions about Santa in your house.  I certainly found it insightful:-

‘I tell my 8 year old that if lots of kids ask for the same thing, Santa can only give out so many so if she’s already got something similar then he’ll give it to the child that doesn’t have anything like it.  I also tell her that he only does age appropriate stuff; she asks for a phone all the time, and that his Elves listen to parents wishes too.  So if they’ve said no phone (or xbox) then  he won’t go against their wishes.’  Diary of a Fat Bottomed Girl

‘I tell them that we send Father Christmas the money and he chooses what to buy with it.  I explain that some people have more money than others and that it isn’t about what you receive but how lucky you are to be in a family who loves you.  My children ARE very lucky in that they have never been disappointed at Christmas but I also make sure that they appreciate how lucky they are in that way.’ Five Little Doves

‘I always try to flip the question so I’m not actually lying.  So it’s more “well what do you think?” And I always say I believe in Christmas magic…which is taking the avoidance route as opposed to lying as I still think at 7 he can have a few more years!’ Twinderelmo

‘I’ve told my two that Santa can only get every child one or two presents as there are so many and it’s up to the mummies/dads/aunts/uncles etc to get everything else…they know they only have me and my sister who get them anything so this way they understand why other children seem to get so much compared to them and they’ve never questioned it.’ Two Little Paines

‘In our house, Santa just brings a stocking full of little things.  So the big things are from Mummy and Daddy.  It was my family tradition so I just carried it on.  I also think it’s easier for explaining about costs of large items to help mine understand money a bit better.’ Each Peach Pear Plum

‘We told our 6 year old this year that Santa is asking every parent to pop something into his Santa bank account to help pay along with the big presents because he has so many children to buy toys for.’ The German Wife

‘The one time my kids cornered me I said that believing in Santa and the magic of Christmas is about faith.  You have no proof but you can see the effects of the belief in the magic all around if you pay attention.  Also, you are 10 and every year you have believed and every year you got gifts.  Do you really want to rock that boat?’ Mummy and Moose

‘Last year was the first year they did letters with what they’d like and I just kept reminding them that Santa couldn’t bring them everything.  It was more a list of ideas for what they’d like.  That way they’re not disappointed if they don’t get everything on their lists.’ Hollybobbs

‘Ours have always been told (as my parents did with my brothers and me) that mommy and daddy and nanny and grandad etc choose and pay for the presents and Santa delivers them (basically, he is the courier!) but Santa has the authority not to bring things if he sees anything naughty from his Santa-cam!  We don’t do stockings or stocking filler gifts.’ Coffee Cake Kids

‘We don’t really ‘do’ Santa – although that hasn’t stopped my almost 8 year old.  He gets a stocking that he thinks comes from Santa which we haven’t actively denied but we’ve never made a big thing of it.  If he asks questions I just say “I don’t know, what do you think?” – I don’t recall ever believing in Santa as a child and I don’t think that made Christmas any less magical or amazing.’ Bammboo

‘I explain to my boys that we have to share gifts with all the children.  The reason you don’t get everything on your list is because it would be unfair.  They seem to understand that.  I want to instill a compassionate and giving nature in my children, all while keeping the magic alive.  They are children for such a short time.  What’s wrong with believing in magic and that anything is possible?’ To Aufinity and Beyond

‘I don’t like peddling the Santa myth to my daughter, but I also like to encourage a bit of mystery in the world.  For instance, if she asks me if dragons are real, I’ll usually answer “Well, I’ve never seen them”.  I’ll take a similar approach to Santa, feigning innocence when questioned about what he does.  We will still leave a cookie and a whiskey out for him – gives me an excuse to have a bite and a dram.’ Man Vs Pink

‘My teen (17 next month) has always believed…and still does.  I invariably answer questions with questions, “what do you think?” etc.  In our house Father Christmas has only ever brought stocking presents so the whole “why didn’t he bring a bike?” has never been an issue.  She knew that ‘store Santas’ weren’t real too, as they ask for money, and the real one would be free.  She knows some parents help Santa too, as he’s so busy these days.  I’ve always told her that Father Christmas only brings presents while we believe…so that might have helped.  Even now, I continue to say “I spoke to Father Christmas about that lipstick you liked” so I can carry on the magic when it’s in her stocking.  So I don’t really know the answer I guess, except…it’s magic.’ Tattooed Mummy

Some very interesting and varied thoughts to be getting on with!  And it has certainly aided me in knowing what to say the next time Eli asks for a machine to make people freeze and then gives me daggers when he doesn’t get one!!