With all the buzz and excitement surrounding the recent annoucement that this spring will see the addition of the Forbidden Forest to the Warner Bros. Harry Potter Studio Tour, I realised that I had completely forgotten to write about my own recent visit to Hogwarts in the Snow.

This was my first time visiting the Warner Bros. Studio and I was excited to see the festive additions which were made for the Christmas season.  Hogwarts in the Snow is something which arrives at the WB Studio towards the end of November each year and remains until early February.  I went to the experience with my sister, who has been before (and helpfully kept up a running commentary of what had changed and what had not!)

You can read on for photos and thoughts of our experience or scroll down to the bottom for a short video of our weekend break instead. 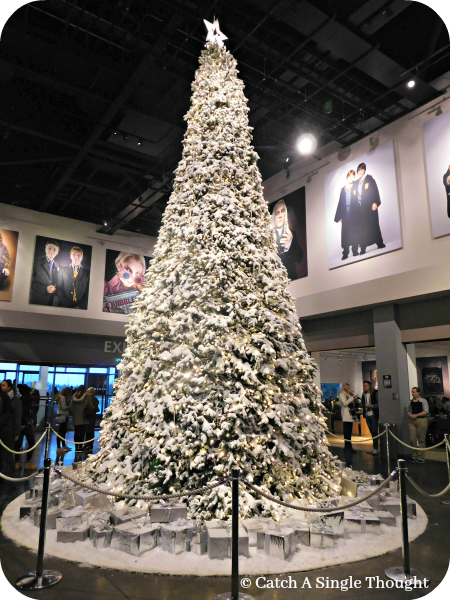 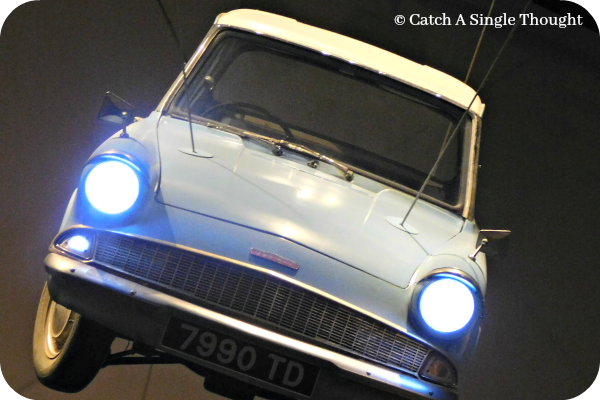 On arrival we passed through security and were then hurled head over heels into the world of all things Harry Potter.  The first thing we saw was a HUGE Christmas tree, dominating the entrance and, as my eye was drawn upwards, the whole area was surrounded by pictures of the cast and a few other recognisable items hanging from the ceiling as well. 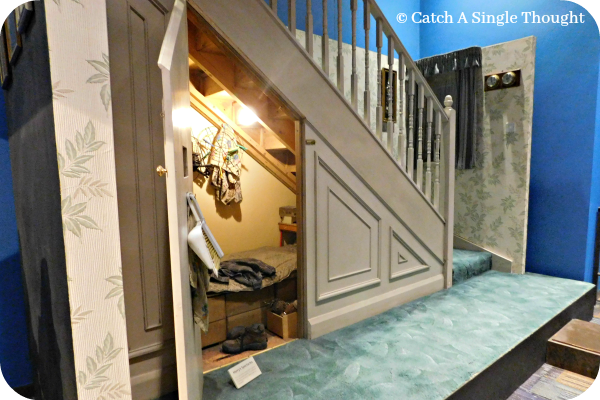 Whilst queuing to go through into the main part of the tour you are offered your first glimpse of the excitement to come with the cupboard under the stairs…there was a real backlog of people as everyone wanted to grab a photo of one of the first places we meet Harry Potter. 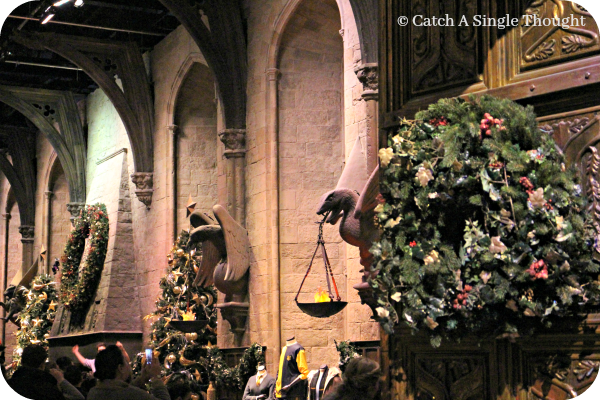 You then pass through some large doors and onto a secret thing which you aren’t allowed to film or photograph and I won’t ruin it by sharing here and then…the BIG moment.  The doors to the Great Hall are pushed open and you step inside and for a fan of the whole Harry Potter world it is just…amazing. 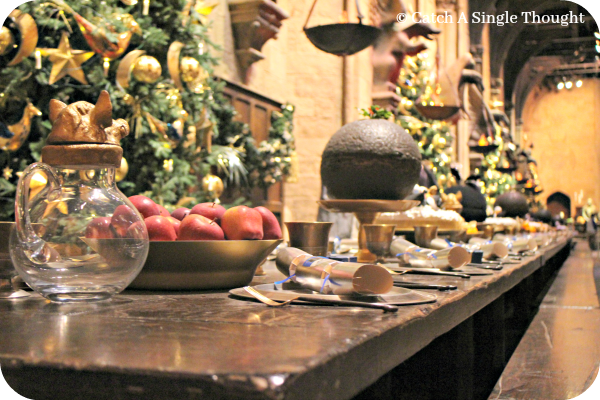 For the Hogwarts in the Snow experience, the Great Hall is dressed up for Christmas dinner and no detail has been overlooked from crackers for the individual houses to witches circling the Christmas trees and flames crackling in the fireplaces; it’s a very special thing to wander around and see what you recognise from the films. 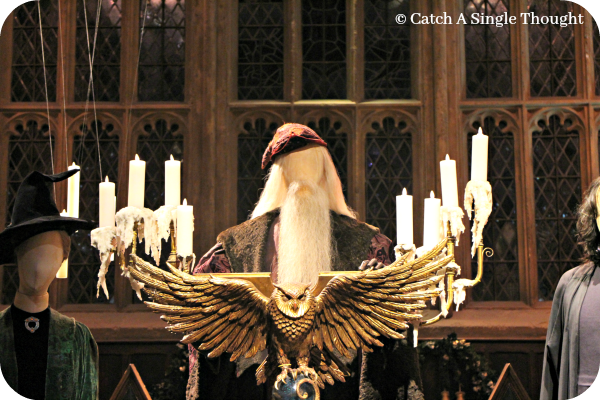 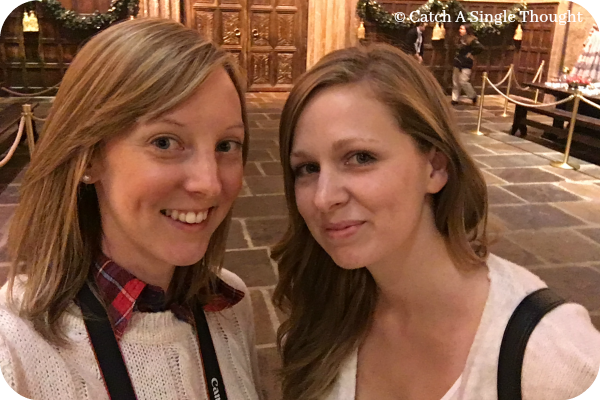 Time is limited in the Great Hall as it is the place which each tour begins so we didn’t have too much time before we were ushered out and into the next section.

Once you’ve exited the Great Hall, the tour is basically in two parts; two different, giant warehouses and you are free to take it at your own pace.  The sets, costumes and items are generally separated into different areas and there is just so much to see and do, it would be pointless trying to list it all here!

My favourites from the first part of the tour included:- 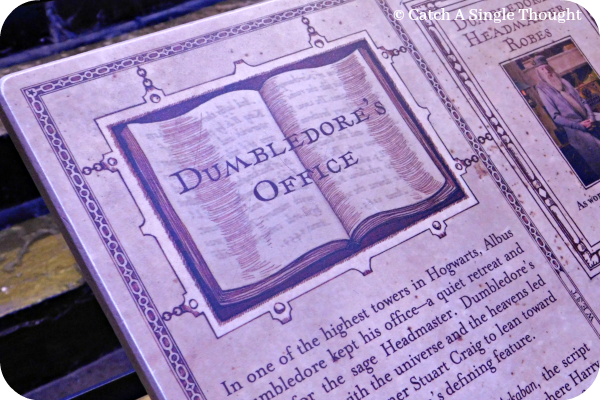 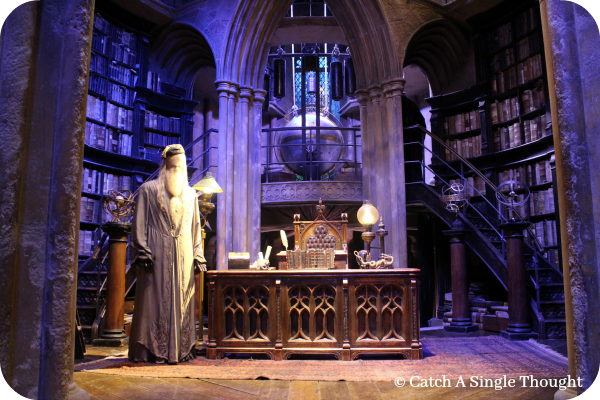 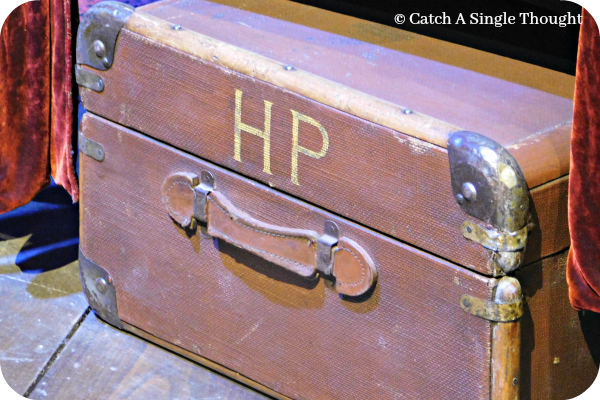 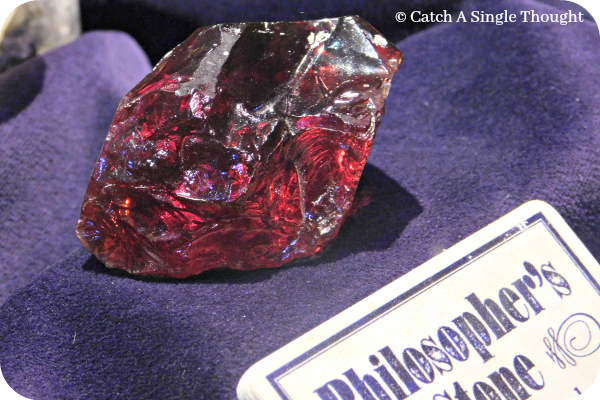 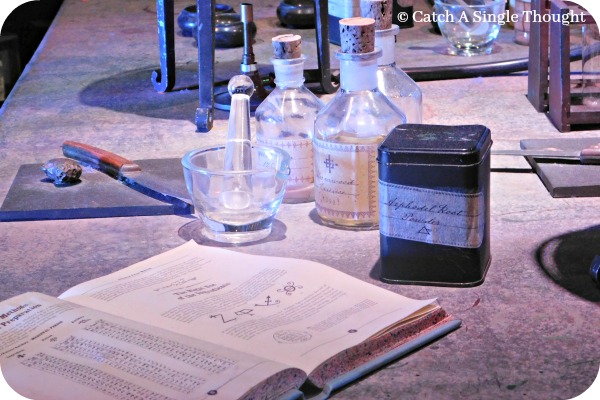 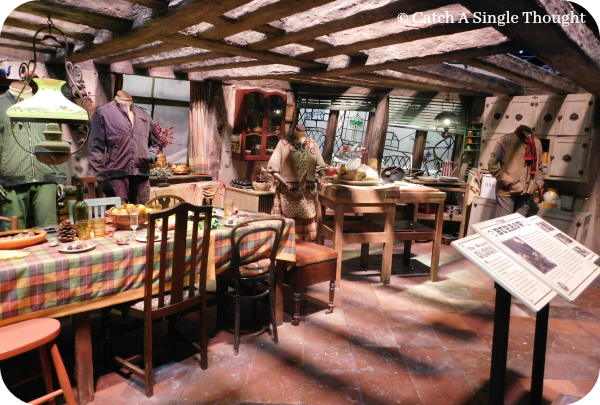 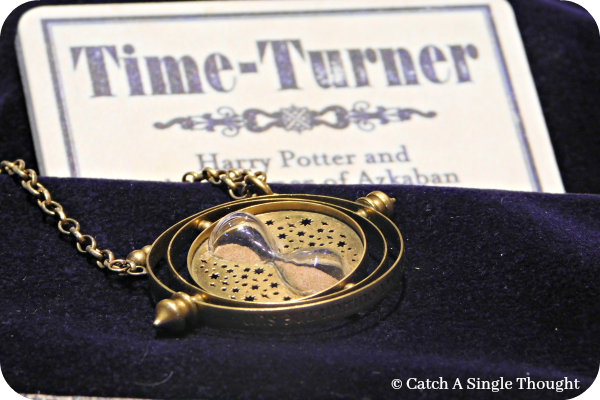 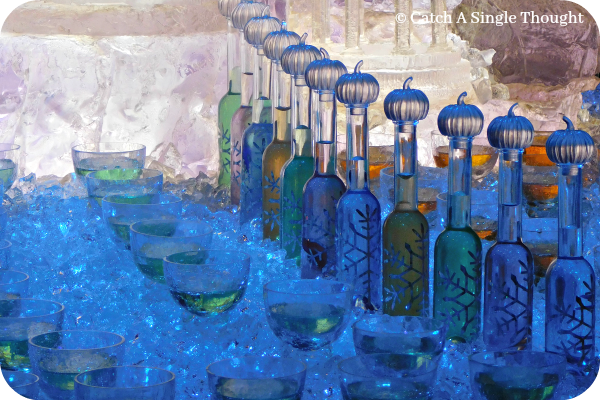 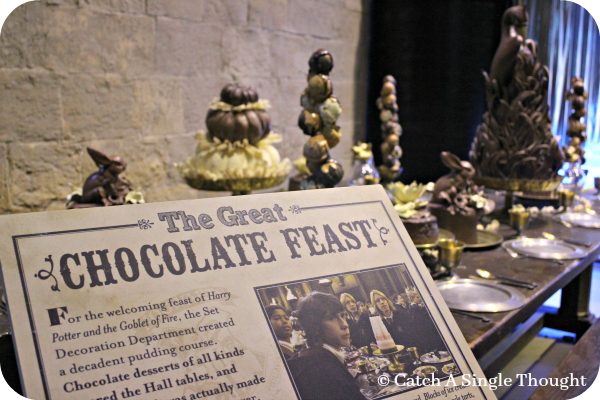 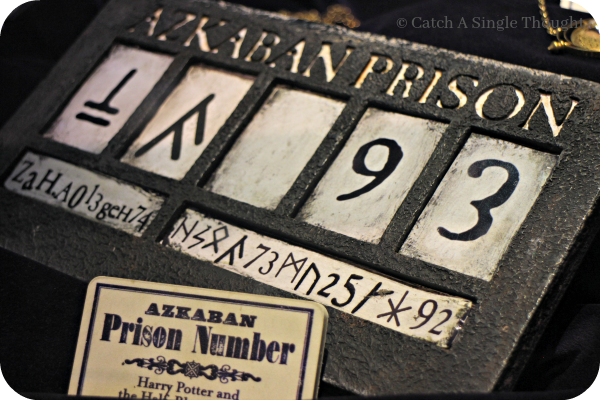 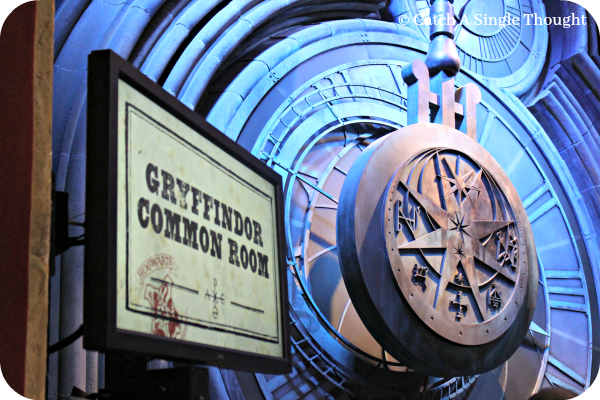 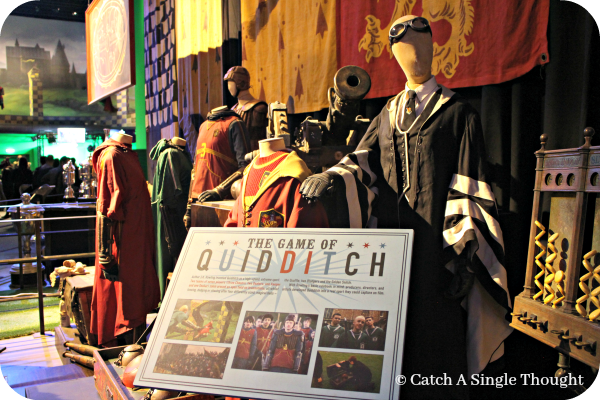 There are a number of different interactive elements and activities you can enjoy as you make your way around and there is also an audio tour you can hire although we didn’t do this as we preferred to chat and explore on our own. 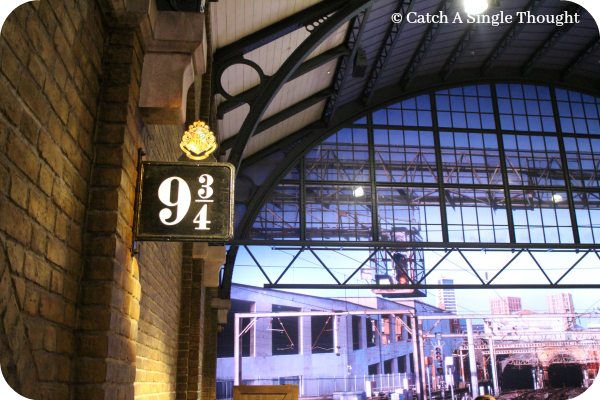 …on Platform 9¾! I think this may have been my favourite part of the tour and I will admit that I let out a little squeak of excitement when I turned the corner and saw the Hogwarts Express just right there. 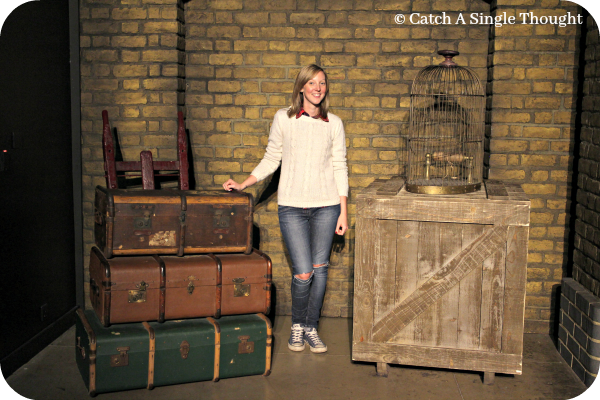 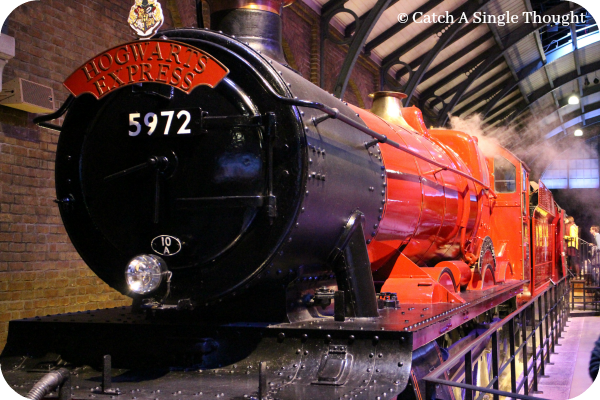 You can board the Hogwarts Express and each of the carriages features a layout from one of the films which is very cool. 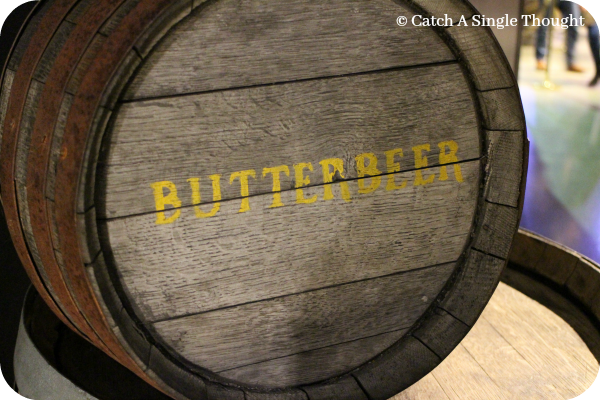 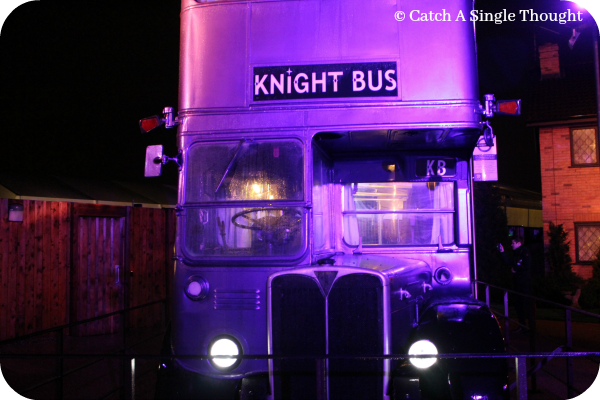 In this section you can also enjoy some refreshments (including Butterbeer!), hop aboard the Knight Bus and see Privet Drive.  Unfortunately it was not only dark when we reached this section but it was also hammering down with rain so we didn’t really get to enjoy the outside areas as much as we’d have liked to. 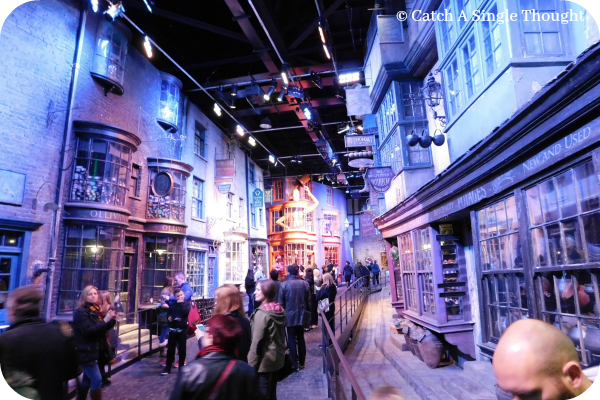 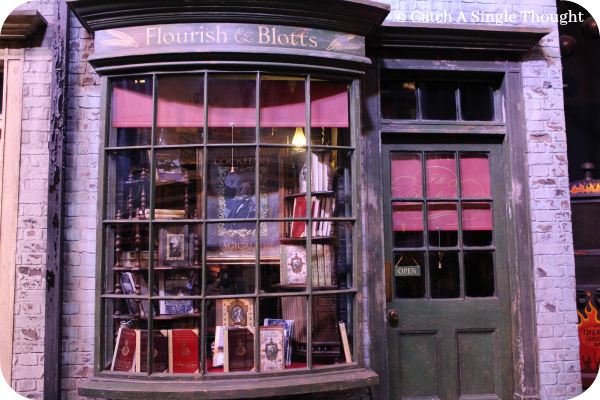 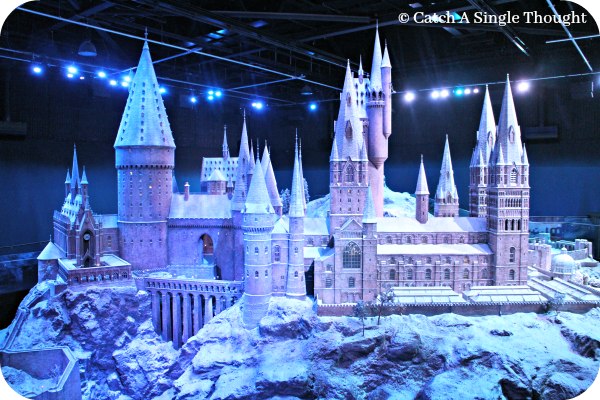 The VAST model of Hogwarts which was used in each film, and for this special season was covered in snow.  I don’t really know how to describe it; it was certainly impressive and a real highlight of the tour. 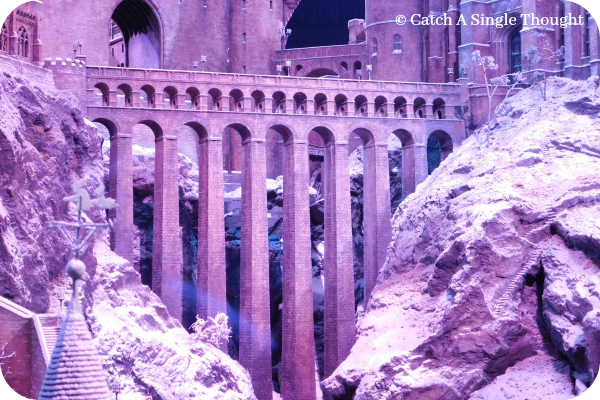 So much thought and detail…and just the fact that it was Hogwarts was enough, really. 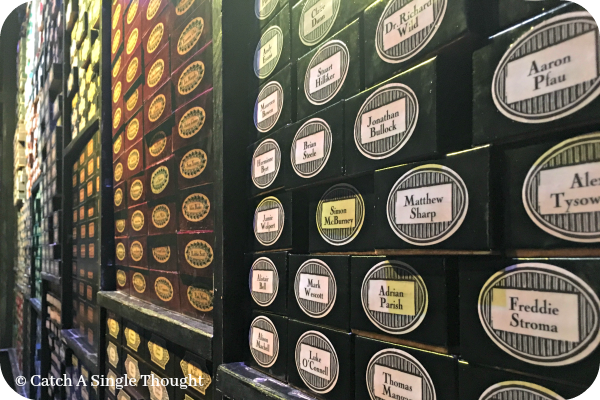 The final section of the tour is a ‘sort-of’ Ollivanders experience.  There is a room filled with wand boxes which have the names of each and every member of the cast and crew who worked on any of the Harry Potter films on them. Again, it goes some way to showing the true scale of the Harry Potter franchise and how many people were involved in bringing the films to life.

There was also a very knowledgeable member of staff on hand who could tell you where certain wand boxes were; she got every single request correct whilst I was in there which must have taken some time to learn!

And then finally it was onto the gift shop and back to our hotel.  I don’t think I have even scratched the surface with this post on how much there is to see and do.  I’ve really only shared my highlights but I would say that for anyone with an interest in Harry Potter and the HP movies then you will really, really enjoy a visit here.

From one fan to another, trust me.

*All parts of this trip were paid for by me.  Opinions and views expressed are entirely my own; I just really love Harry Potter!

My Perfect Cosy Night In...