Before last month I would always have described myself as more of a mood reader; someone who didn’t like to stick to rigid TBR lists but actually I was quite impressed with how I did with January’s TBR.

As I mentioned in my monthly wrap up, I did veer off course slightly and one book I didn’t get round to reading at all but I will settle for that! 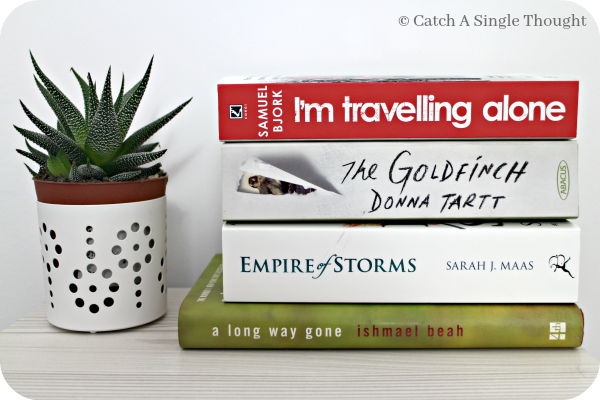 For this month’s TBR I have chosen to be a little more modest.  I have chosen two HUGE books so I don’t expect I will get much read aside from them but there is one book I want to try and read asap so I popped that in as well.  And then to keep on track with my 2017 book TBR I have added one book from my list too.
I’m Travelling Alone – Samuel Bjork
This is my thriller pick for my 2017 TBR and I have heard very good things about it from people I know.  It is about a detective investigating the death of a young girl who is found hanging from a tree and the only clue the police have is a tag attached to her which says ‘I’m travelling alone…’.  It is a Nordic Noir novel and although I think it’s going to be spine-chilling I am also really looking forward to picking this one up. 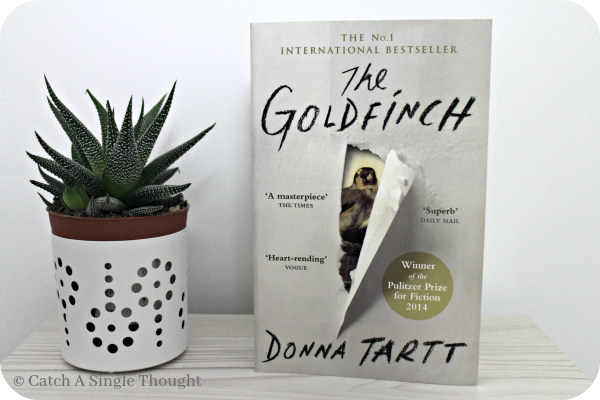 The Goldfinch – Donna Tartt
My book nemesis!  I have had this on my TBR shelf for the longest time and have picked it up and started it so many times but always walked away.  I joined a book club last month though and this was the first choice; would you believe it!  It’s about 13 year old Theo Decker who loses his mother in a tragic accident, moves in with the wealthy family of a friend and somehow ends up being involved in some dodgy criminal dealings.  At least that’s what I think so far.  I am only 200 pages or so in.
Empire of Storms – Sarah J Maas
As I’ve mentioned a few times now, I am slowly making my way through the Throne of Glass series and this is the last book which has currently been released; I think the final book might come out later this year but I’m not 100% sure.  I don’t love this series but I am interested enough that I have carried on and I hope to get this one done and dusted so I can pick up Sarah J Maas’ other series which I have heard much better things about.  This is YA fantasy about a world where magic has been removed and the protagonist is a young girl who was trained as an assassin and sent to work for the king but has rebelled and I can’t really tell you much more than that without all kinds of spoilers! 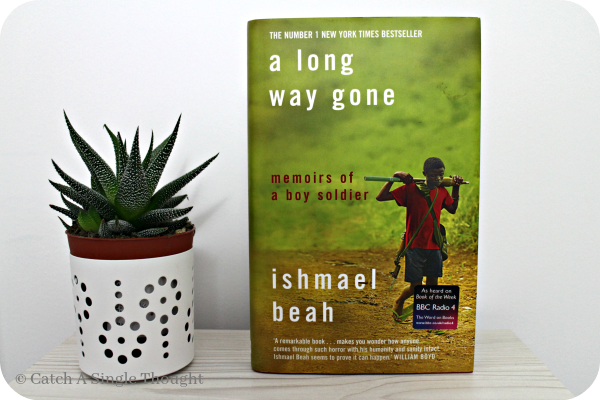 A Long Way Gone – Ishmael Beah
This is the book which I really want to get to this month if I can.  It’s a first-hand account of a child soldier from Sierra Leone.  Since going out to Uganda a few years ago this is something which has really spoken to me a lot and I’m interested to read and discover more.  I think it’s going to totally heartbreaking and harrowing but an important book to read nonetheless.
Do let me know if you have been reading anything good recently and don’t forget you can pick any of these books up from Book Depository and Amazon.
Currently reading:- The Goldfinch by Donna Tartt