A couple of weeks ago I stood in Meg’s room and looked around with despair.  There was stuff everywhere; clothes tumbling out of half-opened drawers, pens and pencils scattered across the desk and the floor, piles of books abandoned un-read and more rubbish than you could shake a stick at.

We have always known (and laughed) about the fact that Meg is a magpie; she can’t bear to part with anything and will collect all sorts of things if they catch her eye.  We can’t go to the beach without her collecting a pocket full of dirty shells to display in her room.

The trouble was that it was out of control.  She was in desperate need of proper storage and some help to sort through the stuff that she no longer used.  On top of that, quite a few of the things in her room she had completely outgrown and although she couldn’t bear to admit it, they needed to go.

She’s at this funny age where she isn’t quite a pre-teen but she’s certainly not a ‘little’ girl anymore and so the challenge was to create a space which made her feel more grown up without taking away all the things which also allowed her to still play and explore and be a kid. 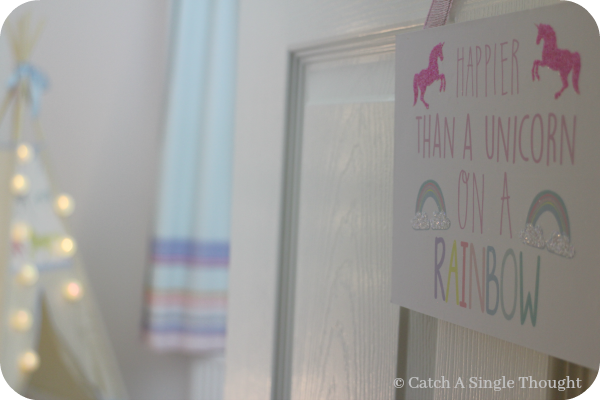 We started by stripping the whole room.  She had to not be present for most of this to avoid tears over broken toys going in the bin and we actually made quite short work of it.  This was followed by giving the walls a new lick of paint.  We wanted something lighter and brighter and originally got the colour way off, with something which was really dark before finally finding a colour from the Dulux range called ‘Rock Salt’.  This is a pale grey colour which almost looks white in some lights and the transformation that altering the colours of the wall alone created was amazing.  The room immediately felt more spacious and less crowded, even though we pnly changed up a few bits of furniture. 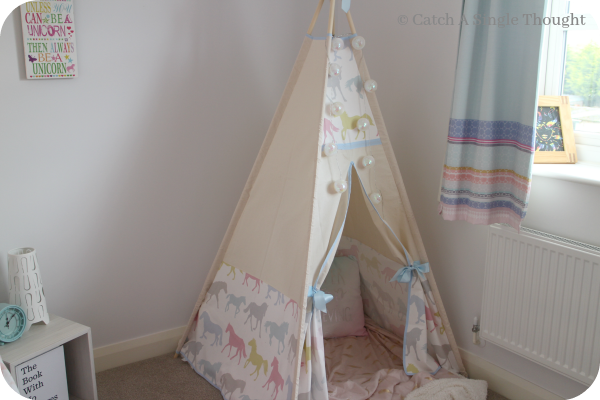 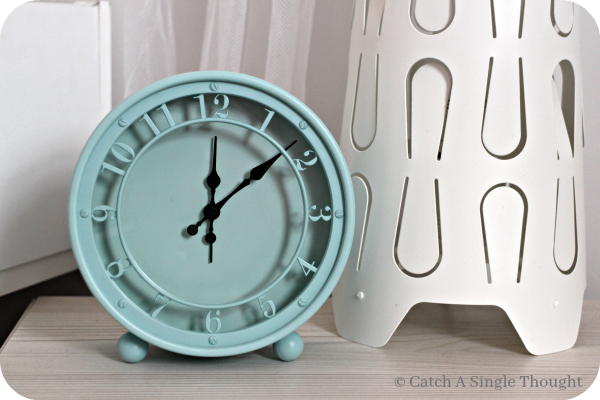 The whole aim was to give Meg a room which felt much more streamlined and clean.  This included putting up the teepee which we had given her for Christmas and creating a little reading snug for her, providing more storage options and offering some low-lighting so that she could wind down a little more at the end of the day.  The dream was also to remove most of the pink which was present; not because she doesn’t love pink (she really does…) but to add in a little blue as well to make the room feel that little bit more grown up. 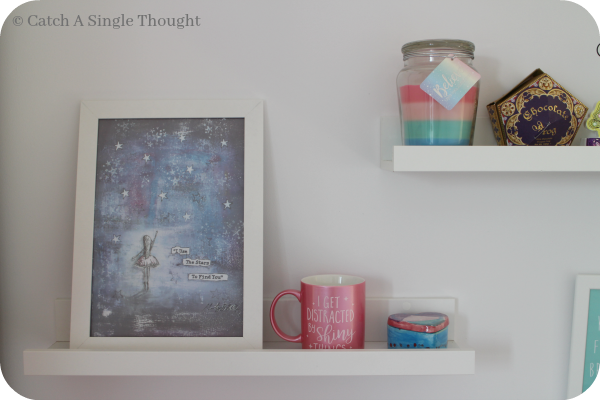 The shelves are actually picture-ledges from IKEA; I wanted narrow looking, white shelving and these were the only ones which fit the bill. 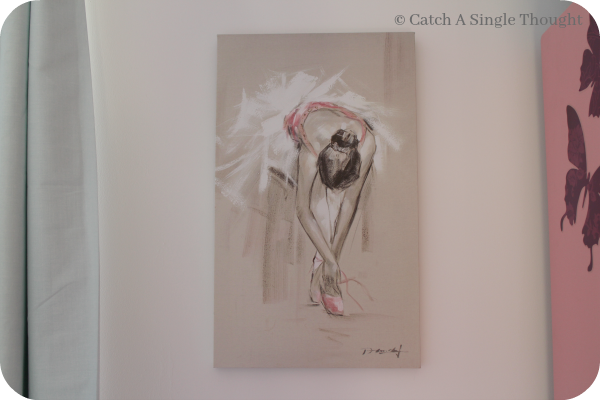 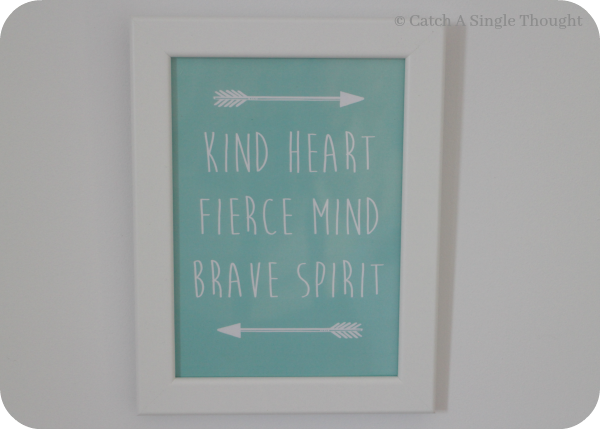 We have picked up quite a few nice pieces of wall art over the last couple of years and I was pleased to finally have somewhere we could properly display them. 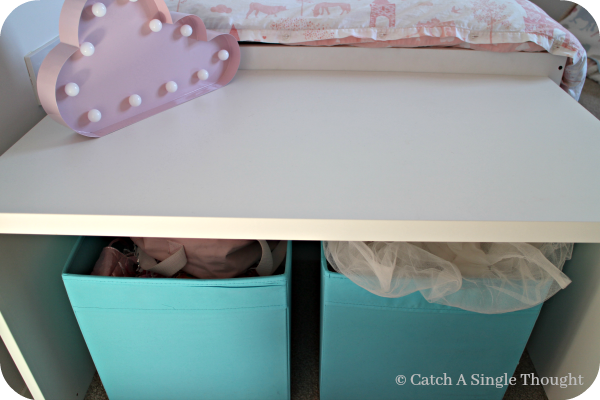 And we got rid of the old dressing up rail that Meg had and exchanged it instead for this white STUVA bench from IKEA with a couple of DRONA boxes for her dress up clothes and other toys which she still plays with. 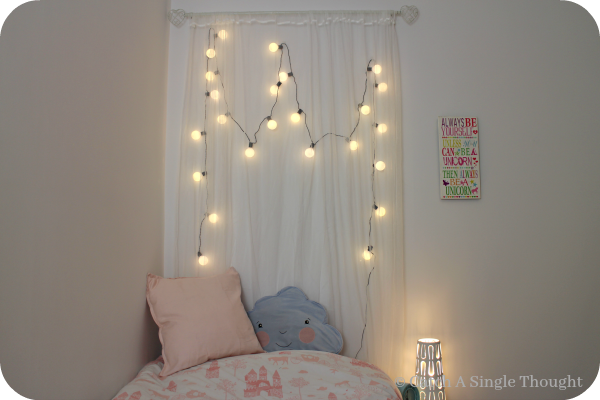 Meg has a storage bed which doesn’t have a headboard so rather than just leave the area behind her wall plain, we picked up a curtain rail, hung a net curtain and strung some fairy lights.  It’s hard to capture in the photo but it does look very atmospheric when she has the lights on in the evenings. 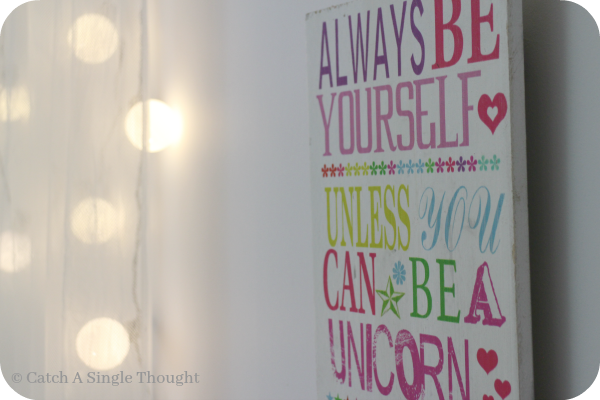 Unicorns are a big thing at the moment and you can pick up lots of cute bits from various high street stores such as Primark and Home Bargains.  Worth keeping an eye out if you have a fan.

You can check out my video for a bit more detail on the decorating, the trips to IKEA and Meg’s reaction when she finally saw the changes.  I think it has definitely become the calming, more grown up space she was craving.

Hopefully we can tackle Eli’s room with as much success next time!

Travel, Maths and Half Term... #LittleLoves