Welcome to the second part of my mini-series about travelling with kids.  For my first post, dedicated to Malaga you can click here.

I spend a lot of my working life writing about amazing things you can see and do in London so I feel fairly confident in being able to say what a fantastic city London is for those who want a city break.  Having recently tackled it with the kids as well, I can also now offer some advice on how to make the most of a trip when you have small people in tow.

The first thing to say is that London is an amazing place to go if you have children.  For some reason, people are put off by the idea of London; perhaps it is the size or the idea of navigating public transport…but there is literally so much to see and do that you will have a fantastic time.  If you plan properly of course!

It was hard to come up with just a handful of things I would recommend doing whilst you are in the city but, after some thought, here are my top 5:-

An Open-top Bus Tour
If you want to get a lot of major landmarks ticked off then an open-top bus tour is a fantastic way to do this.  Not only can you rest little legs, but adults can enjoy the on-board commentary and learn some new things about the city and many give you the choice to hop-on and off at your leisure.  The only downside we found to this was that traffic can be quite bad in the city and you can feel as though you are spending much of your time sitting in traffic jams.  For first time visitors or those who feel less confident about using the tube however, it can be a great option. 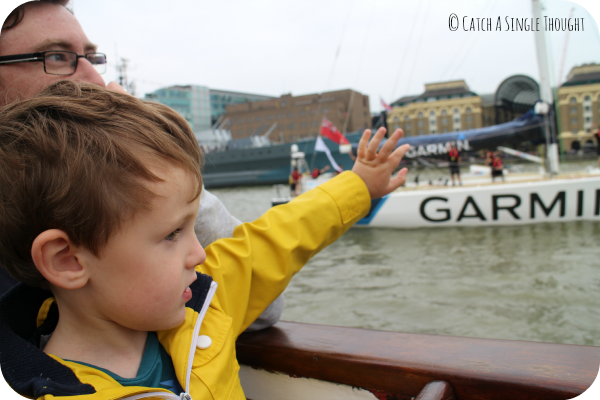 Head to Greenwich
I wrote a whole post last year on a day spent in Greenwich and I would still consider it one of the best things we did whilst in London.  We caught a MBNA Thames Clipper across the Thames which was fantastic and is a budget way of crossing the Thames without paying for a cruise.  You don’t get on-board commentary but you do get to see some of the city’s famous buildings without having to pay a steep price.  You could also follow the Greenwich Foot Tunnel which goes directly underneath the River Thames and would be a pretty cool experience.  Attractions in Greenwich include the National Maritime Museum (which has some fantastic interactive galleries for kids), the Cutty Sark, Greenwich Market, the Old Royal Naval College and the Royal Observatory. 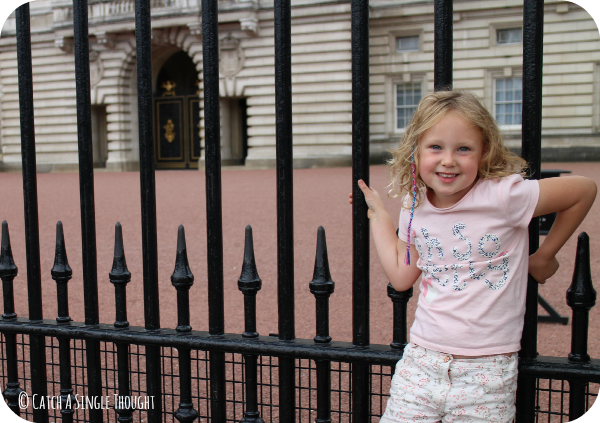 Buckingham Palace
Almost every child the country over will have heard of Buckingham Palace and it is well worth factoring in some time to go and see this royal landmark.  It does get busy, especially around the time of the Changing of the Guard (which happens daily at 11.30am) so if you can arrive before then or late afternoon then it shouldn’t be so crowded.  It’s worth bearing in mind that people don’t hang about for long however so you might need to wait to grab your photo in front of the railings but there should be plenty of opportunity for you to do so.

Parks and Gardens
I don’t know about the rest of you, but one thing we always have to keep in mind when we are travelling is allowing Eli the opportunity to burn off energy before we try and return to our hotel or accommodation at the end of the day.  Walking around doesn’t count; it has to be full blast, high-energy, no restrictions running around so we always look up the local parks before we visit a city.  Luckily London has some brilliant options from Hyde Park and Kensington Garden (with that famous giant wooden pirate ship) to Crystal Palace Park with its gigantic Victorian dinosaurs and Regent’s Park which is home to Primrose Hill and offers some stunning views over the city. 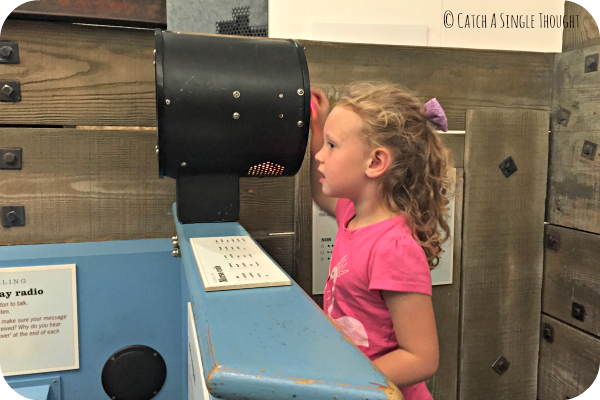 Free Attractions
It is absolutely no secret that London has some world-class attractions, many of which offer free entry to the general public and it is definitely worth taking advantage of these, whether you are visiting on a tight budget or not.  From well known museums and art galleries such as the Natural History Museum and the National Gallery to lesser known options such as the Horniman Museum and the Grant Museum of Zoology; whatever your little one’s interests there will almost certainly be somewhere to take them which doesn’t cost anything to enter and which offers a couple of hours entertainment at the very least.

What are your top tips for travelling with children?  Have you ever visited London?

How to Boost Your Credit Score ǀ Finance