Can I just take a moment to say…how is it the end of half term already?!  I know that school holidays always seem to go in the blink of an eye but this one has just rushed past!  I suppose that means I can honestly say we didn’t have too many days of staring at rain hitting the windows and wondering how we were going to occupy ourselves for the next 10 hours but still…

All in all, this week has been a pretty good one and I’ve had a tough time whittling down just a few of my favourite moments to share with you in this week’s Little Loves:-

I finally finished The Goldfinch.  Can I get a hallelujah?!  It is definitely one of the longest books I have read, coming in at something like 855 pages but it’s a beautiful read.  I am not totally sold on the story line but the writing was impeccable and as I said last week, I can completely understand why so many people love it.  After I finished The Goldfinch I picked up Walking Wounded by Anna Franklin Osborne which, by comparison is just about the quickest read I think I’ve ever come across!  I’ve only spent an hour or two reading and I’ve almost finished.  More on that when I’ve got to the end though. 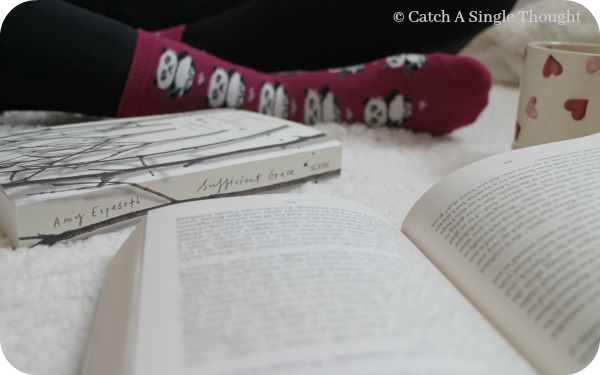 Watched
I’ve said it before and I know I will say it again but I am always the last one on the train and this time it’s all about the Gilmore Girls.  I remember my sister being obsessed with it when it was first shown but I wasn’t all that bothered.  This week I started on season one though and I am LOVING it.  Better late than never.

We also watched Keeping Up With The Joneses as our date night movie and honestly, it has to be one of the funniest films I’ve watched in ages.  So many cliched moments throughout but I still had tears of laughter running down my face.  Brilliant.

The kids were definitely feeling the love this week and wanted to make both of us a Valentines card so I had to hover (but not look) in the background whilst they completed their creations and then we also made some heart biscuits in honour of Valentines as well.  We have such a basic shortbread recipe that is so easy to follow I can pretty much just leave the kids to get on with it now which is great…and they tasted pretty good too. 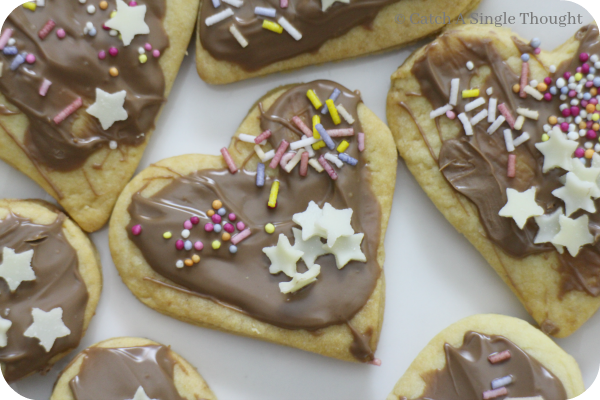 Wore
I had an excuse to get dressed up twice this week; once on Wednesday when I went out for a drink with the mums from school and once when we went to visit the new Pizza Express which has just opened down the road from us.  Wednesday night was such a laugh; isn’t it great when you can just have a few glasses of wine, a chat and no drama?  Of course I didn’t think to take any pictures until afterwards and I certainly won’t be airing those here!

Heard
Same old same old from me here, I’ve been listening to a lot of Daily Mixes on Spotify and I’ve been quite enjoying Halsey’s music as well, although it’s not necessarily suitable for Meg and Eli so I haven’t had it on quite as much during the day!

And Lastly…
You know that video I was so nervous about sharing last week?  Well it went live on Sunday and I immediately had a minor panic and went to take it down; suddenly though I had a flurry of messages, comments and texts from people who had watched and wanted to offer their support.  I can only say that this community is amazing and I am so pleased that I let it stay and that maybe it will be able to help someone else in the future who might be going through something similar.  I’ve popped it below if you are interested to watch. 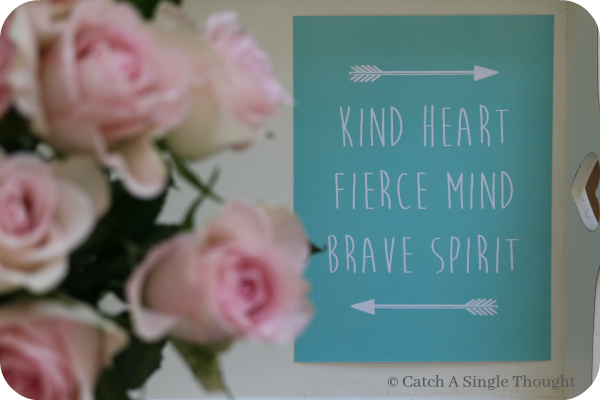 How to Boost Your Credit Score ǀ Finance