I sat down to write today’s Little Loves post and realised that I haven’t updated the blog a single time this week…it has literally been that crazy!

Eli was off school ill on Wednesday and Thursday which totally threw me and had me working until the late hours so I could keep on top of my work which hasn’t helped but thankfully he is back to school today so I should be able to get some serious writing time in.

All this means I’m a little light on photos for this week’s post but I didn’t want to miss the chance to share about some of the smaller things I’ve loved this week.

I mentioned ‘I’m Travelling Alone’ last week and can I just say it was AMAZING.  If you like super creepy, spine tingling books then I would highly recommend it.  After that I picked up ‘A Long Way Gone’ by Ishmael Beah which is his memoir about his time as a child soldier in Sierra Leone.  It was an absolutely devastating read and reminded me so much of the people I met whilst I was out in Uganda who had also been affected by war.  I knew it was going to be a tough read and would probably have me in tears and I wasn’t wrong.

I’m currently reading Empire of Storms which is the final book (currently out) in Sarah J Maas’ Throne of Glass series.  I’m not loving it but I am happy that I’ve made it onto this book and can get onto a different series afterwards! 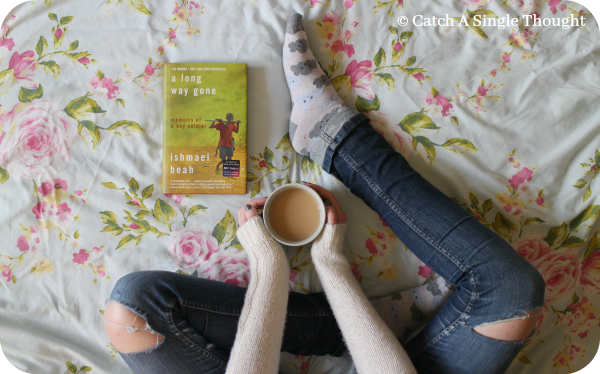 Watched
I don’t feel like I’ve had time to watch much this week as I’ve been working so much but I have squeezed in a few episodes of ‘Whose Line Is It Anyway US’.  We binge-watched the whole nine series from the UK a while ago so I’ve been enjoying having it back in my life.  It’s so stupid but it does make us laugh.

One day I promise I will share something that I have physically made when it comes to this category but for this week I am once again going off piste and I’m going to share a video I made for World Book Day.  I asked a group of vloggers to share their favourite books from childhood and although the video ended up being way longer than I thought, it’s actually really lovely to hear so many people talking and sharing about their favourite book and what it meant to them.

It definitely has to be wellies for this week.  The weather has just been crazy again this week.  We weren’t lucky enough to get snow like some parts of Manchester and Liverpool but we did get rain, rain and more rain.  The sun snuck out yesterday morning and I felt quite giddy as I hung my washing on the line, only for the storm clouds to roll in an hour later.  On the plus side, I do love being inside when it’s hammering down, tucked under a blanket with a good book.  Bliss. 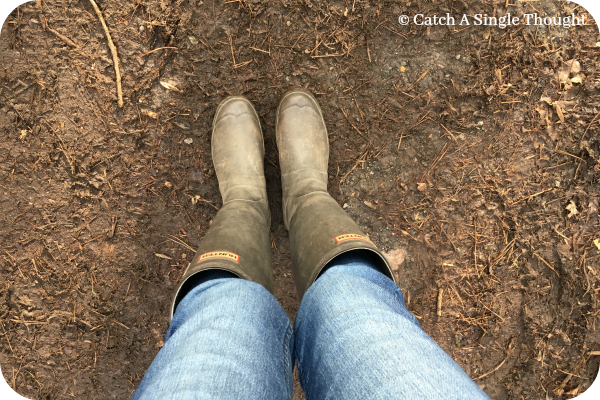 Heard
Shape of You by Ed Sheeran is currently one of my favourite tracks so when I stumbled across this alternative version I was immediately a fan.  It’s so, so good.

I made it to my 900 subscribers on Youtube which I am overwhelmed and so thrilled about.  More and more I am veering towards vlogging more than blogging and it’s lovely to have so many people behind me.