Living in a rented house pretty much guarantees that at some point you are going to have to move on.  I totally get that and it’s something which we have resigned ourselves to over the years and yet each time we are forced to move on, it feels like the rug has been pulled yet again from under our feet.

We have been in the North West for just over 3 years now and were finally beginning to feel settled.  The cynic in me clamours for attention, shouting that this was absolutely the time when things would have to change whilst the realist buried somewhere underneath reminds me that long-term just doesn’t mean long-term in the world of renting any more and we were never going to be truly settled whilst living in a house which was not our own.

Regardless of whether I choose to listen to the cynic or the realist, it doesn’t stop the whole situation from being utterly frustrating and not something we were prepared to deal with this year.  2017 was going to be OUR year.  It’s the year I turn 30 and we celebrate 10 years of marriage.  It’s the year we see my brother in law and my sister get married (not to each other!) with James being best man at one wedding and me, maid of honour at the other.  It’s the year we go to Tuscany for a romantic break without the kids and the year I go to Chicago on my own.  There was so much for us to look forward to but also the type of year where we really just had to fly by the seat of our pants as there is so much to arrange and organise but it was going to be amazing and we were going to spend the majority of 2018 recovering.  In all of that, a house move really wasn’t on the cards.

Yet here we are.

If you had asked me two years ago whether we were going to stay in our current village I would have let out a resounding NO.  There were issues with school mums, lack of friends, a feeling of isolation and just so many reasons why I was practically begging James on a daily basis to let me look for another house.  But we practised patience, and I walked through the rubbish situations and I tried to learn from them and I waited and eventually things evened out and we felt settled. 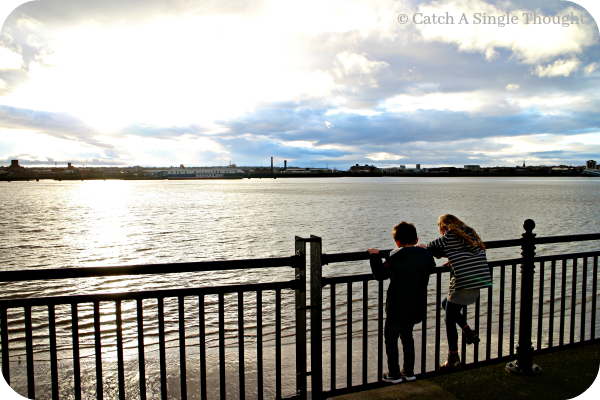 Isn’t that just the way?

There is pressure on us to make a decision about how we are going to handle this situation and currently we are considering a move which we have floated a few times but never really had the guts to go for (see above).  It doesn’t mean moving far by any means but it would mean moving the kids into a new school, and getting used to a new area.  It would mean starting again with making friends and settling in.  It would mean another new house and another period of uncertainty.  But it would also mean an exciting new chapter and an adventure and just maybe and this is a very BIG maybe, the possibility of a house we could truly stay in for the long term.

It’s the kind of decision which I would love time to mull over and contemplate and yet it is actually one we have to make in a fairly short space of time.  Which is pretty terrifying, but also kind of exciting.  The wandering spirit in me thrills at the idea of something shiny and new, the opportunities it might present and the chance to do things better.  I just need to hush the worrier in me which tells me the kids will struggle with changing schools and we will be back to square one with lack of friends and who will I drink wine with on a Friday night when I just need to let my mama hair down…

So rambling post and splurge of thoughts aside, we are definitely going to be moving house, but to exactly where and exactly when, I don’t yet know.  With so much happening, you will have to forgive me if this little corner of the web becomes a bit sparse.  I will sit and write when I have the brain space but that may not be as often as I would like in the next few weeks.

5 Reasons to Service Your Car Regularly