I feel as though I only just sat down to update you on what I had been reading in the month of February and now I am here again!  The month of March has definitely flown by and although I can’t deny that I have been loving the warmer weather (and the chance to sit out and read in the sunshine) I still can’t quite get my head around how quickly this year is passing. 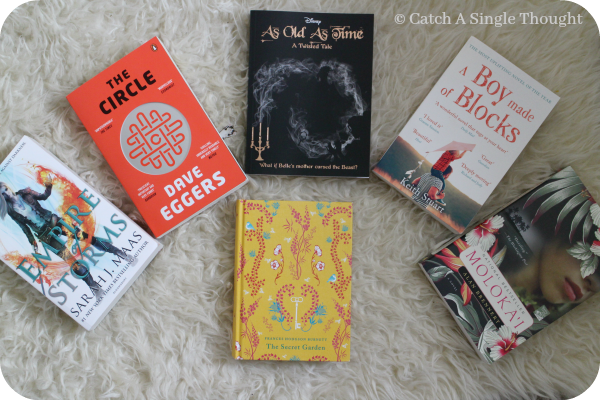 Empire of Storms – Sarah J Maas
This is the fifth book in the Throne of Glass series and one I have been doggedly making my way through over the last few months.  It is a YA fantasy series about a young girl who is heir to a kingdom which has been torn apart by a dictator, with magic being removed and those with magic being hunted and persecuted.  We follow a whole host of different characters and although I really dislike the main protagonist, I actually adore some of the side characters and this is definitely what makes the books worth reading for me.  I can’t go into too much detail about this book as (obviously) it’s the fifth one but I enjoyed it a little more than I have the previous ones.

A Boy Made of Blocks – Keith Stuart
Oh, how this book ruined me!  I had heard many people talking about this story and how it had been so incredibly moving but it takes a lot for a book to bring me to tears, and this one managed it perfectly.  This is a contemporary and is the story of Alex, who has recently separated from his wife after they have grown apart; the reason being that their son has been diagnosed with autism and they are just finding adjusting and dealing with their son’s behaviour to be very difficult.  It is loosely based on the author’s own experiences and is about Alex finding out who he is whilst also learning how he can understand who his son is.  It was humorous, accurate and a very moving read. 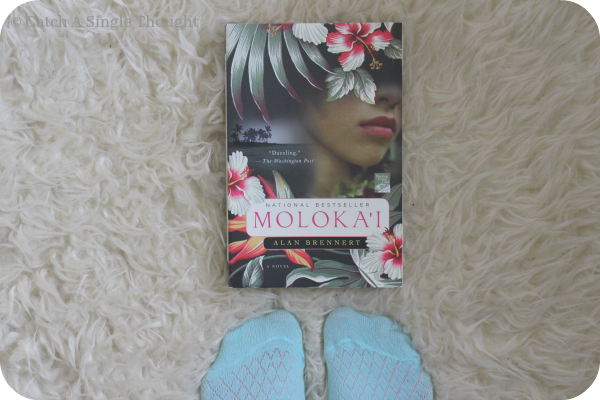 Moloka’i – Alan Brennert
Another one of my favourite reads this month was Moloka’i, a story about the leprosy settlement on an island just off the coast of Hawai’i.  It is historical fiction and predominantly follows the story of seven year old Rachel who is diagnosed and separated from her family, sent off to live on Moloka’i and we follow her story right through to adulthood.  Based on real events, I thought it was such an interesting read, very similar in feel to The Island by Victoria Hislop, with a really intriguing look at a period in history I previously knew nothing about.  The only downside to me was that it often read more like a non-fiction book with lots of facts about the time thrown in; there wasn’t much emotional connection between me and the characters but I still thoroughly enjoyed it.

The Circle – Dave Eggers
This was my first techno-thriller book and one which I definitely enjoyed.  It was sinister and creepy, mostly because it was about something I could see being a part of the not too distant future.  We meet Mae, who has recently taken a job at The Circle; a company which created a piece of software called TruYou.  TruYou is a system which gives users one online identity, and must be properly verified so you can’t pretend to be someone else.  The Circle is all about community and transparency with employees being encouraged to come and live ‘on campus’ and take part in the parties and socials and meetings, whilst sharing about it online of course.  For the vast majority of the book I couldn’t put my finger on what felt wrong about the storyline but I just knew that there was something and eventually it does become clearer.  Think all the big social networks all combining together, think being watched at all times, think being encouraged to connect with people online rather than in person, and you’ve maybe scratched the surface of this story.  It was such a quick read and I really enjoyed it.

As Old As Time – Liz Braswell
I wrote a full blog post review on this retelling of the classic Beauty & The Beast story which you can find here.  In summary it was a quick and easy read although it did have a few problems. 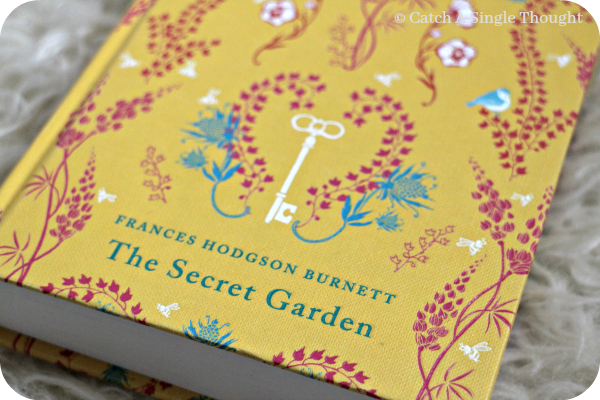 The Secret Garden – Frances Hodgson Burnett
Who doesn’t love a classic children’s story?  It had been such a long time since I had read this but it was the Motherbookers choice for the month and I’m really pleased; spring was just the absolute perfect time of year to pick it up.  We follow the story of Mary Lennox, a young girl who is sent to live with her uncle in Yorkshire after her parents die whilst out in India.  Mary has never met this uncle before and arrives in a vast manor house and is basically told to keep quiet and out of the way.  It’s a gentle coming of age story which has a really understated way of leading the reader through Mary’s discoveries which I really appreciated.  Mary has to learn about courage and friendship, and I particularly enjoyed the allegory between the Secret Garden which has been abandoned and forgotten about but with some tending begins to come to life again and Mary and Colin who both change and develop once they meet each other and some of the other characters in the story.  A real gem of a book.

Do let me know what you have been reading this month!