We have officially survived the first week back at school!  It has been touch and go a little bit, especially with the weather being all kinds of crazy (on one day we seriously had just about every weather type except for snow!) but now it’s on to another long weekend.  Let’s just hope the sun shines for a little part of it…

This week I have been reading Station Eleven by Emily St John Mandel.  It is a book which had been recommended to me a number of times but my goodness.  I LOVE it.  I’m actually only 50 pages or so from the end and I don’t want to pick it up because I don’t want the book to finish.  It’s post-apocalyptic with flashbacks to before a virus wipes out 99% of the world’s population and then to the aftermath of it.  We follow a band of musicians and actors known as the Travelling Symphony and I have just adored everything about this book from the setting to the characters to the writing.  Definitely a favourite of this year and I can say that without even knowing how it wraps up! 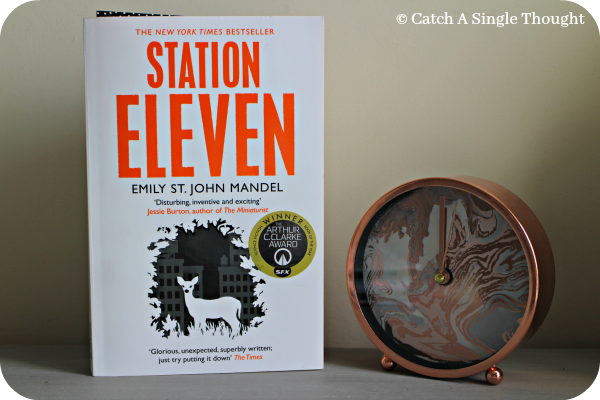 Watched
I watched The Imitation Game this week and really enjoyed it.  I did go and look up the accuracy of the film afterwards (and wasn’t surprised to learn there were a number of liberties taken) but I liked the overall premise and I thought that Benedict Cumberbatch did exceptionally well as Alan Turing.  The movie is basically about the man who broke Enigma during the Second World War and that’s all I knew going into it so I won’t spoil it for anyone else.

I’m not usually one for self-promotion but I made a vlog of our Easter break this week and I’m actually really proud of it.  Plus I’m almost at 1k subscribers on Youtube so I’m just throwing my channel out wide although for me it isn’t about the numbers; I love being able to look back and see the things that we have got up to, and to share that with family and friends as well!

Wore
I actually ordered this shirt to wear at Easter but it was coming from overseas and got delayed so it only turned up this week.  I don’t know whether I can legitimately get away with wearing rabbits without it being a tongue in cheek nod to the Easter festivities but I’m going to give it a go anyway. 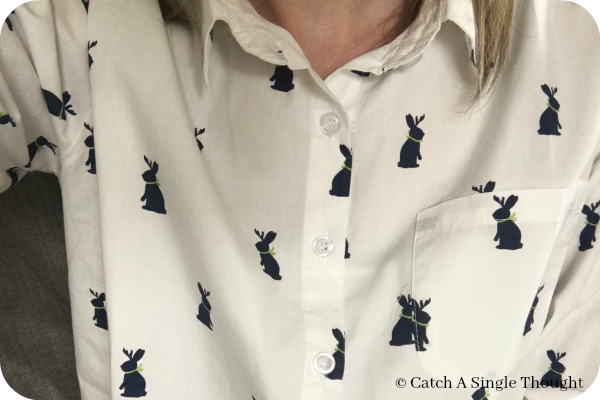 Also I am in love with these sparkly trainers I picked up from Primark.  Rose gold and glitter…what’s not to love?! 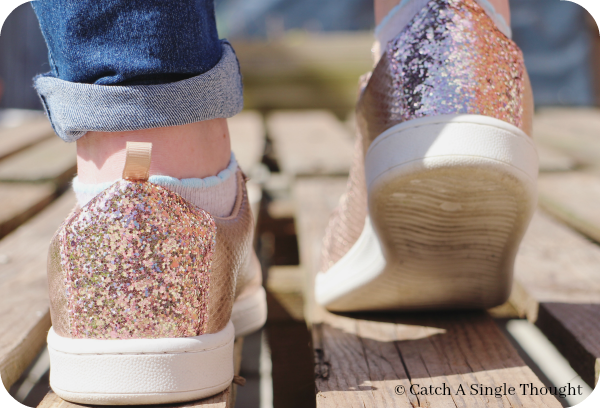 Heard
I know this post is supposed to be about the things that we have loved but the only thing I really heard this week was the sad news that the house we were going to make an offer on has been withdrawn from the market.  And I certainly didn’t love that.  So we are back to the drawing board!  I suppose the thing that I ‘love’ is still that we are making some exciting decisions and hopefully one day soon I’ll be able to share that we have found somewhere new to live.

We are just heading into birthday season here, otherwise known as the time of year when I look a little bit manic with each passing day.  We celebrated James’ birthday on Tuesday and then it is Eli’s birthday next week, Meg’s the following week and mine the week after.  If you’ve ever wanted to know what too much cake looks like then keep your eyes peeled over on my IG because you’ll soon know!!

I’m just kidding…I absolutely love birthdays and I love being able to share and celebrate with family and friends.  Some might have suggested that I love it a little too  much but there’s no such thing really is there?!