As the Queen of all things last minute it was with excitement that I spotted a comment on Facebook from a fellow blogging friend about the East Lancashire Railway’s latest event…a School of Wizardry.  With two children who absolutely adore Harry Potter I knew that this was the exact type of thing they would love.

We haven’t attended an event on the East Lancashire Railway before but it is located in Bury, about an hour’s drive from us.  For myself and the two kids it cost around £25 for tickets for the School of Wizardry tickets. 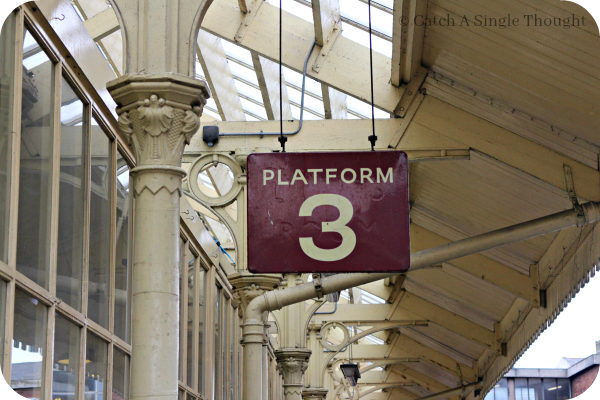 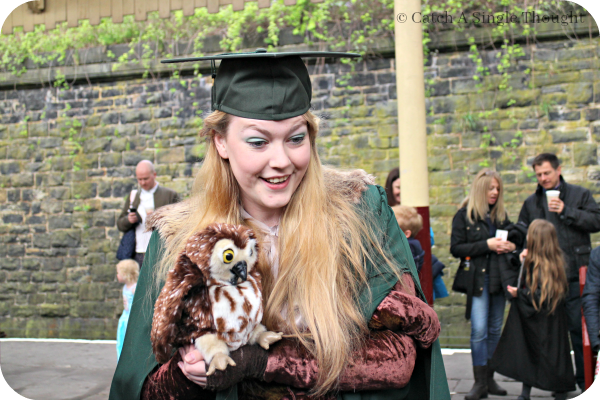 Our journey didn’t quite start at Platform 9/3 but it did start on Platform 3 at Bury Bolton Street Station with teachers from the Grand Old School of Wizardry mingling amongst the parents and children and talking about the adventures we were about to have once we had boarded the train.  The teachers came to introduce themselves and sang the school song and then we were led down to the train and our carriages. 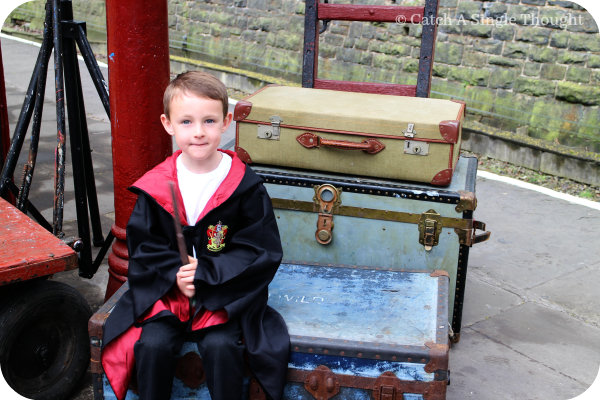 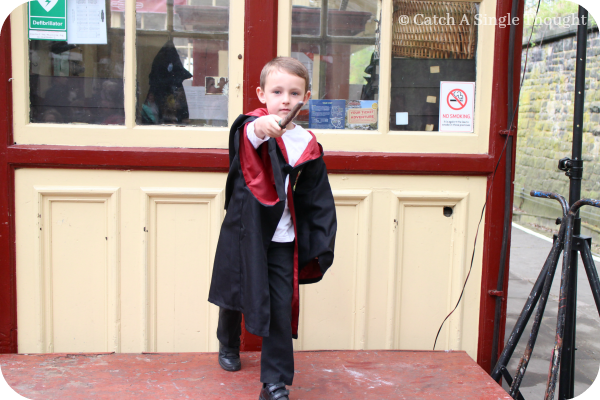 The ELR staff were unbelievably accommodating.  We had chosen to pick our tickets up at the station and not only did they give me change for the car park (more on that later) but when it transpired that Meg had managed to lose our tickets they guided us to our seats.  We were unfortunately known as the ‘family without tickets’ for the rest of the trip but it was worth it. 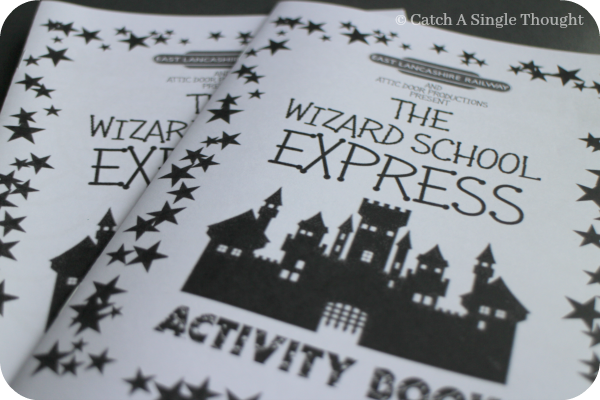 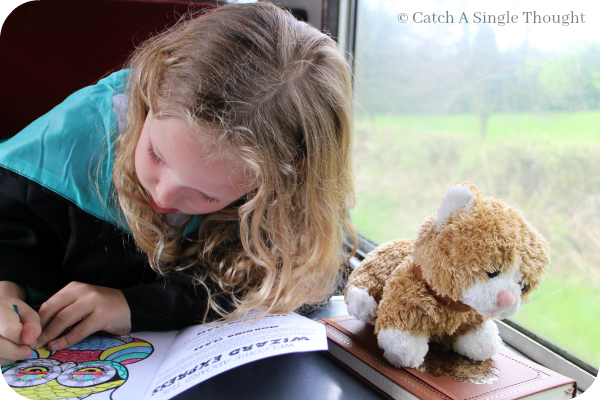 All the children were given a School of Wizardry booklet which they were to complete as we journeyed from Bury to Rawtenstall. 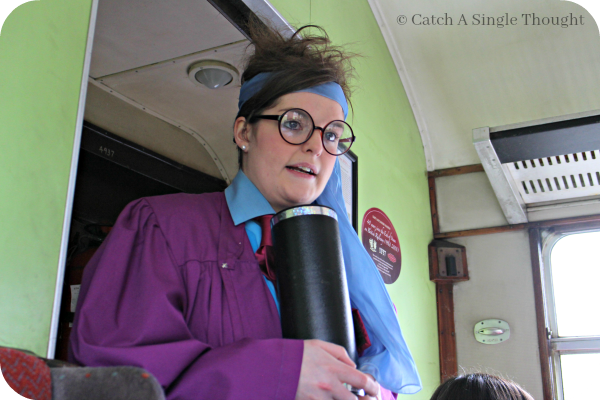 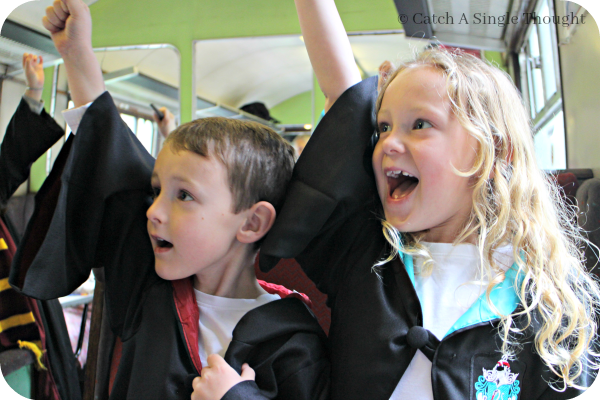 Each of the school teachers also passed through the carriages and taught their specialty before rewarding the children with a sticker once they has successfully accomplished their lesson.  Running through all of this was also the theme that the Sorting Hat had been stolen by a Marauder and the children needed to help get it back!

I won’t go into too much more detail about what was involved as I think it was nice to have some surprises but I thought the teachers (who were from Attic Door Productions) did a fantastic job of being engaging with the kids, even after the lessons were finihsed and we were heading back to Bury they stayed in character and continued to walk up and down the carriages chatting with the children. 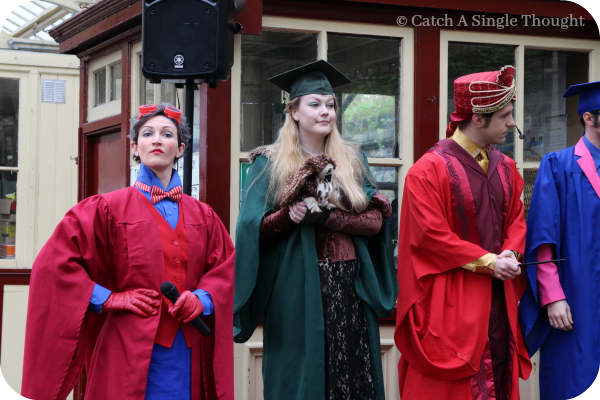 I have to take my hat off to the lady playing the flying instructor as she sat and patiently listened to about fifty of Eli’s ‘best’ jokes on the way back as well and never lost her composure! 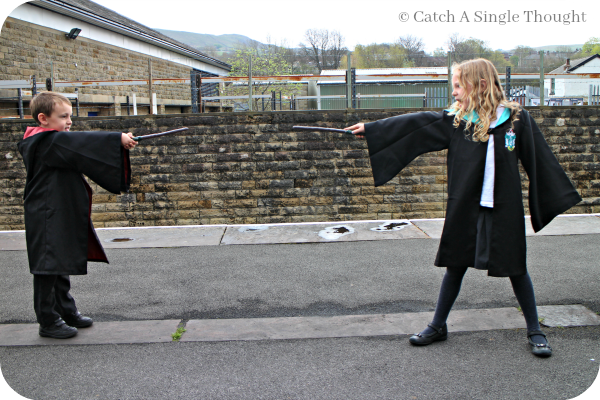 After a brief stop at Rawtenstall where we were allowed to disembark from the train and watch as the steam engine changed directions, we hopped back on and made our way back to Bury where we hopped back off the train for one final photo with all the staff and the train’s ghost. 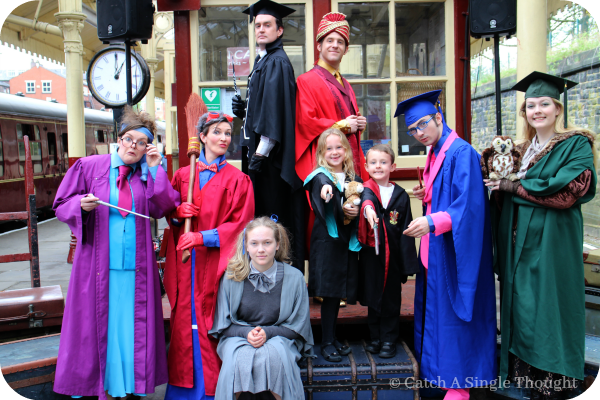 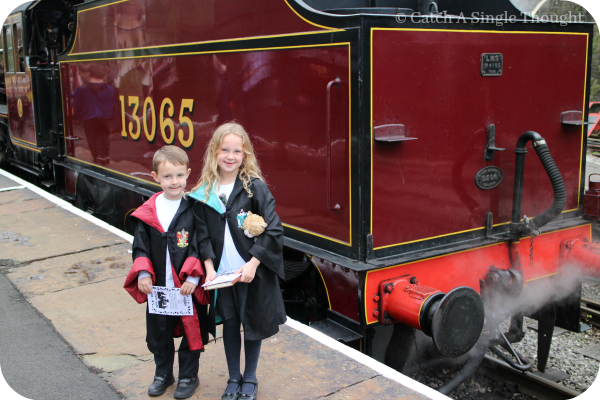 Overall I thought the event had been well thought out and was executed extremely well.  Meg and Eli had such a good time and I loved that we weren’t left waiting until a teacher arrived to take a lesson but that the booklets kept them engaged throughout the journey.  The School of Wizardry will be returning to the East Lancashire Railway in the summer and I would highly recommend it.

The only downside and point to note is about the parking.  There isn’t much parking nearby if you aren’t familiar with the area (as I wasn’t) and the ELR car park fills up quickly.  Whilst we were visiting there was also some work being done so there were fewer spaces than usual.  I left my car out of the way but outside of official parking bays and received a parking ticket from the Council.  I wasn’t the only one to get a ticket either so it is definitely worth arriving early or having a back up plan for where to head if the car park happens to be full.