On Friday morning I was standing at the self-service checkout in Tesco, picking up some last minute bits for Eli’s party that afternoon when I received a phone call from school.  In that one phone call I probably heard the words almost every parent dreads… ‘accident’ ‘head injury’ ‘ambulance’

Naturally I abandoned my shopping (thank you to the member of staff who thoughtfully completed my check out and left my shopping for me to collect later!) and drove straight off to school, all kinds of thoughts running through my head. 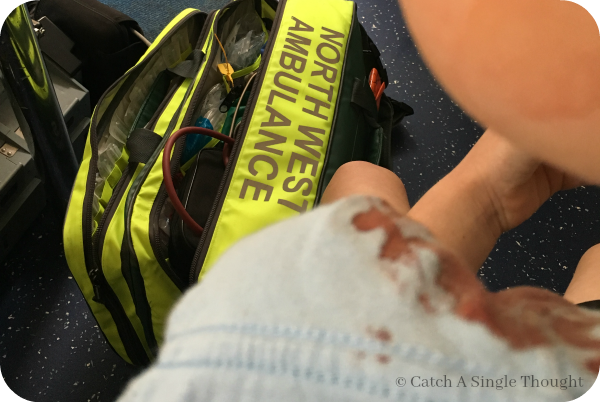 With impeccable timing, the day before his 6th birthday and the day of his birthday party, Eli had collided with a wall and cut his head open.  I suppose in order not to panic me, school had given me very little information to go on, reiterating to me that he was fine but could I come right away.  In some ways this was worse as I had created a whole image in my head of what I was going to find when I got there which actually turned out to be nothing like the reality of the situation.

Don’t get me wrong…there was A LOT of blood.  A LOT.  I think the description Meg’s teacher used when talking about it to me this morning was ‘pumping out everywhere’ and I saw the spot afterwards which had needed cleaning and it was huge.  Eek.

But once we had taken him up to A&E with the blessing of the paramedics and their superiors (who were fantastic with Eli the whole time) and the cut had been cleaned up, it was obvious that it was going to be okay.  The cut is around 1cm and under the hairline and the staff at the children’s hospital were able to neatly glue the skin. 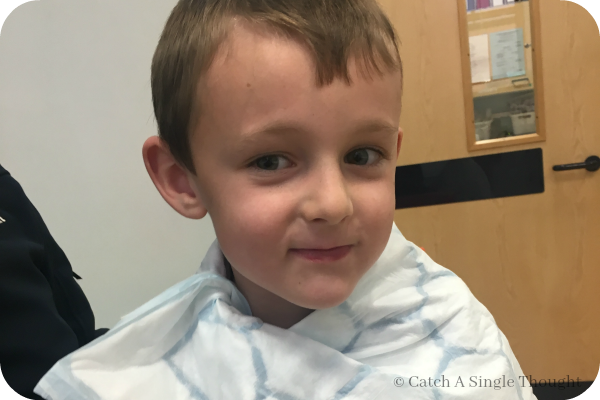 Eli was so brave throughout the whole thing.  As you might have expected, he cried after the initial impact but his teachers and the paramedics said that he didn’t cry once afterwards and although I saw his little bottom lip wobble when I arrived, he kept it together and was very co-operative with all the medical staff.  I know his behaviour doesn’t make a difference to the outcome but having dealt with Meg’s serious injury a few years ago and the subsequent drama we have to deal with every time we see a doctor about anything because she is now completely terrified, it was just nice to go in and be dealt with without having to drag a screaming child in to see the doctors and nurses! 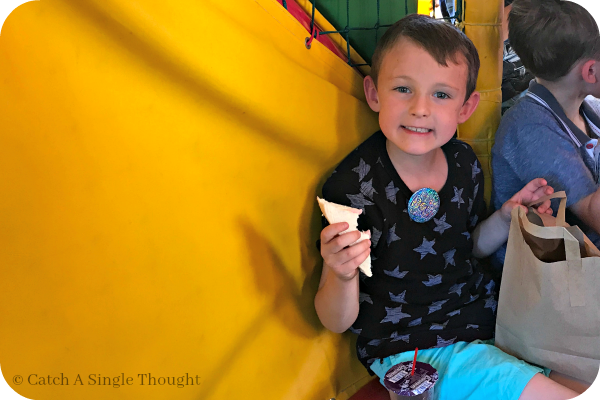 We were told to look out for the usual signs of concussion associated with a head injury and given information about how to look after the cut until the glue had time to do its job and Eli was even given the go-ahead to have his party which was the thing really worrying him at that point in time!

The thing about this parenting lark is that there really is no formula for accidents which occur at random.  We laugh now about Eli’s terrible timing but really, he is a bouncy and energetic little boy so things like this are just bound to happen and I am so pleased that it wasn’t worse.

I mostly wanted to write this post for posterity, as in a strange twist of events, Meg also injured her head around her birthday a few years ago (kids, eh?!) but also because I posted a few pictures online and had a flurry of people asking me what was going on.  Eli is fine, we are all fine, and so long as he doesn’t bump his head again in the next 5-7 days…the cut should heal up nicely.

Treat Yourself As A Busy Mama ǀ Lifestyle