This week you get two for the price of one!  If you saw me anywhere on social media last weekend you will no doubt know that Eli managed to split his head open on Friday morning so all my plans for joining in with Little Loves (not to mention his birthday party which was booked for Friday afternoon!) kind of went out of the window.

As I’d already written the post, I figured I would just add to it with a few bits from this week as well.

I read and finished Harry Potter #6 and Wintersong by S.Jae-Jones and am currently reading Seas of Snow by Kerensa Jennings.  Although the Half Blood Prince (#6) is the one Harry Potter book which just makes me want to weep I am loving jumping back into the world for my first ever re-read and now I just have the final book to go!  I know I absolutely raced through that one so I’m looking forward to picking up more details I missed first time round.  Wintersong is a YA Labyrinth re-telling and it was a fairly quick and simple read although not quite what I was expecting and I can’t decide how I feel about it yet! 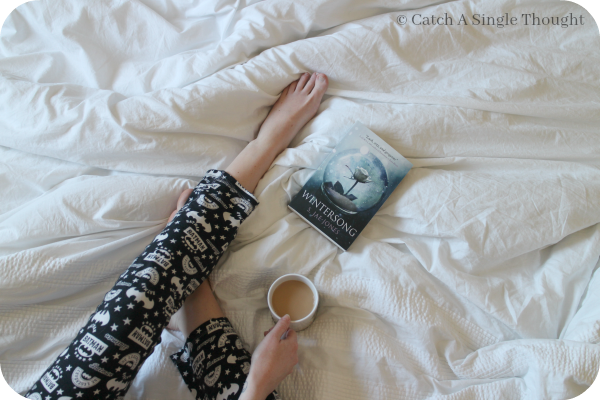 Watched
I haven’t been watching much, preferring to read instead especially as the sun has been gloriously shining for most of the week but we did catch up on the latest episode of Modern Family which has to have been the funniest of the season yet.  I could honestly have watched 40 minutes of Mitch and Cam making their way around the airport.  I also started watching Blindspot this week and am loving it.  It’s been ages since I’ve found a good US mystery thriller show and this one just ticked all the boxes for me.  I can see myself racing through Season One in no time.

Big surprise for this one…a cake!  Well, if you want to get all technical about it, James made the cake but I ordered the cake topper so I had some (limited) involvement.  Despite Eli’s head injury we were able to go ahead with the party so he got to enjoy his Harry Potter cake and his party bus (thank goodness!) 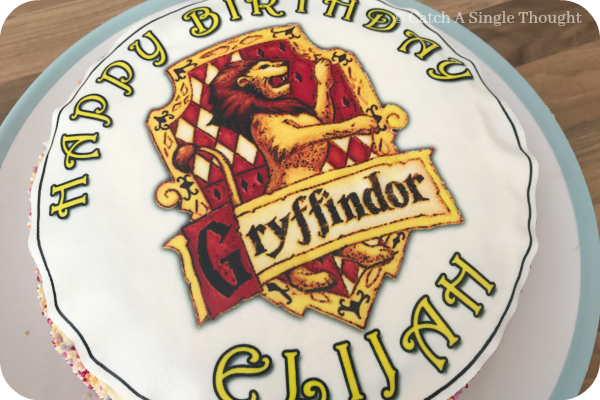 Wore
Shorts!  We have been so blessed with the weather this week with temperatures rising to a solid 20 on a couple of days.  There has still been some breeze which has made it feel cooler but overall it has been a pretty blissful week and I have been making the most of it; which my freckled face now reveals!

The Happy Birthday song!  We have now celebrated both Eli and Meg’s birthdays and they both had a fantastic time.  I am taking Meg into Liverpool with a friend on Sunday for some girlie time and shopping which she chose rather than having a big party and then it’s just my birthday to go which, did I mention is next Thursday and is going to be my 30th…eek.

And Lastly…
Does anyone else just look at their children and think how did you get to be that age?  It is mind-boggling to me that I now have an 8 year old and a 6 year old.  I still feel 19 most of the time myself and yet Meg and Eli are both just growing up so quickly, it’s crazy and at the same time so wonderful to see them becoming more capable and more grown up with their own (strong) opinions about things.  I just wish time would slow down a teensy-teeny bit. 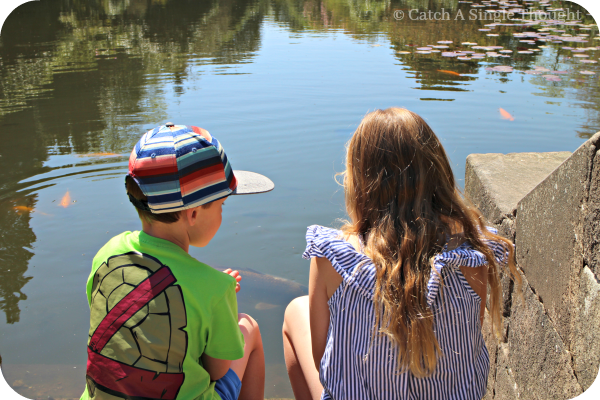