With our week long holiday in Italy, I had actually expected to read more than I did in the month of June.  Then again, the book I took away with me was almost 900 pages long so broken up into ‘normal’ book size that’s probably about 3 books worth in one! 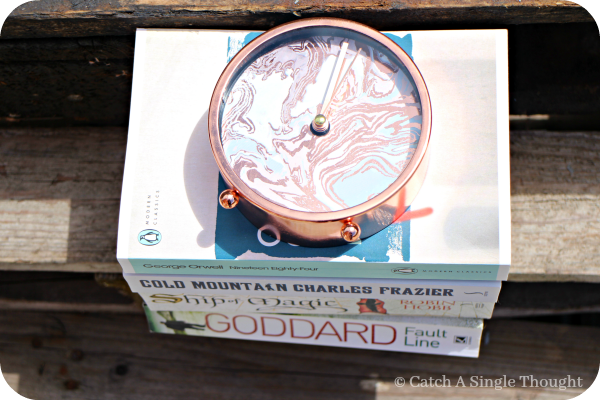 I enjoyed almost all the books I read this month which is pretty good going, especially the way things have been just recently and I’d probably go as far as to say I would recommend them all for one reason or another:-
Cold Mountain – Charles Frazier
This book was absolutely stunning.  It was so vivid and so descriptive and although it was a quiet book and one which was pretty slow in terms of plot, it just drew me in completely and I loved the journey we went on.  Set during the American Civil War we predominantly follow the stories of Inman, a wounded soldier who has deserted the army and is trying to make his way back home and Ada, a woman of privilege whose life is turned upside down when her father dies and she is left to manage their farm on her own.
Ship of Magic – Robin Hobb
This was the humdinger of a book I read this month.  I am a huge Robin Hobb fan but I had avoided picking up any of her books outside of her Farseer books as I was worried I wouldn’t like them as much.  How wrong I was!  As with all Hobb books, it is really difficult to summarise succintly because there are multiple layers but, in short, this is an adult fantasy with pirates, trader ships, magic and plenty more. 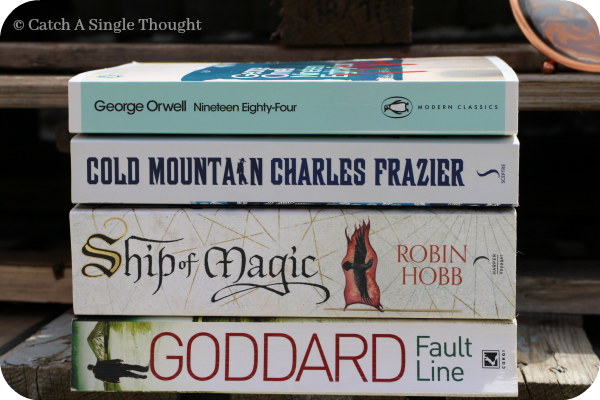 1984 – George Orwell
I picked up 1984 as I had heard it was quite similar (and in many ways the inspiration for…) The Circle by Dave Eggers.  If you aren’t familiar with the story: it is a sci-fi dystopian classic in which the world has been divided into three super-states.  Our protagonist Winston lives in Oceania which is the UK and the USA combined.  Oceania is governed by the all-knowing, all-seeing, infallible ‘Big Brother’.  Big Brother is all about suppressing the individual and freedom of thought as well as removing any relationships which may take focus from your commitment to the regime so when Winston meets Julia and love begins to blossom…our story ensues.
This was a lot harder to read than I was imagining for a modern classic and it felt very dense and quite slow.  But I thought it made interesting observations which are still relevant today and I’m pleased I can tick it off the list!
Fault Line – Robert Goddard
After wading through Ship of Magic and 1984 I needed something a little more fast-paced so I turned to a go-to author, Robert Goddard.  This was perhaps not my favourite of his books but I still enjoyed that he manages to mis-direct and twist things so well that you never really see the ending coming.  Fault Line is about a family owned company who work in china clay and who experience their unfair  (some might say…) share of tragedies and misfortunes and the young man whose life gets caught up in their story, quite incidentally.

Don’t forget you can purchase any of the books mentioned here using my affiliate links (it won’t cost you anything extra and it helps support my book buying habits!!):-